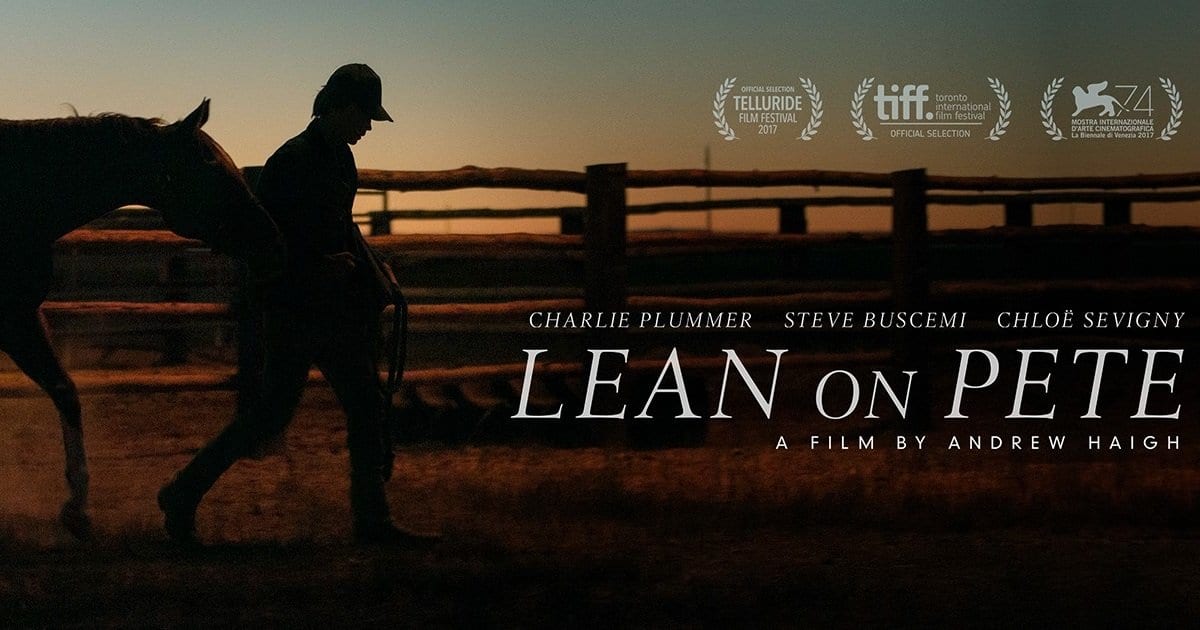 With every passing month, it seems like A24 adds another quality film to their library.  Focusing on smaller stories that capture livelihoods that are rarely given the chance on the big screen, A24 provides quality footing for directors that are looking to tell different — and often times widely strange — stories.  With their latest film Lean on Pete, A24 continues their run of great films while offering rising director Andrew Haigh his biggest platform yet.

The following review above is spoiler free.

Fifteen-year-old Charley Thompson (Plummer) arrives in Portland, Oregon with his single father Ray (Fimmel), both of them eager for a fresh start after a series of hard knocks.  While Ray descends into personal turmoil, Charley finds acceptance and camaraderie at a local racetrack where he lands a job caring for an aging Quarter Horse named Lean On Pete.  The horse’s gruff owner Del Montgomery (Buscemi) and his seasoned jockey Bonnie (Sevigny) help Charley fill the void of his father’s absence — until he discovers that Pete is bound for slaughter, prompting Charley to take extreme measures to spare his new friend’s life.

Charley and Pete head out into the great unknown, embarking on an odyssey across the new American frontier in search of a loving aunt Charley hasn’t seen in years.  They experience adventure and heartbreak in equal measure, but never lose their irrepressible hope and resiliency as they pursue their dream of finding a place they can call home.

Thanks for reading! What are your thoughts on Lean on Pete? Comment down below!

Um, Nick? I think you may have left out the “review” part of your Lean On Pete review. Also, this film isn’t called Book Club since you’ve already made a review on that diddy.

Can you not watch it? It’s at the top. We run a partnership with the YouTube channel FilMyWatchlist, a great channel!

I’ll get to it and I am able to watch it.

But you were correct about the “Book Club” error, which has been changed lol. Thanks for that!

THAT you have no excuse for! :)