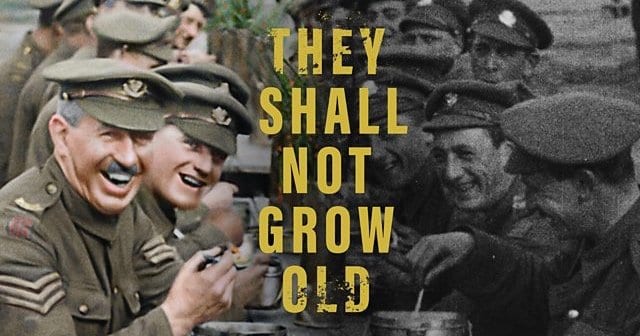 Peter Jackson is at the helm of this documentary that takes 100-year old black and white, silent film footage and restores it, enhances it, and colorizes it. These technological transformations help bring the footage to life and truly mesmerize the viewer for the duration of this film, showing the Great War like you’ve never seen it before.

Delving deep into archive footage from the first World War, Peter Jackson puts together a rather simple documentary that follows the daily life of soldiers in the war. In addition to the colorized footage, archived commentary from several veterans of the war plays over the course of the film. Beginning with soldiers commenting on their excitement of the war in its early days, the documentary then tackles life in the trenches, life during the battles, and then life upon returning home.

In 2014, the Imperial War Museum got in touch with Peter Jackson about doing a project on World War One for its 100-year anniversary in 2018. After some inquiry, Jackson agreed to lead the project which would subsequently be released in 2018. Jackson and his crew reviewed over 100 hours of archived footage and 600 hours of interviews from 200 different veterans.

The film takes unorthodox routes when presenting the interviews as the footage plays, without displaying any names and without showing the interviewees whatsoever. Jackson did this in an attempt to make the film be more of a human experience, and not connected to dates or places.

The Beauty of Intimacy

Jackson and his crew had plenty of options when deciding upon how to structure this film. In deciding against an academic documentary and more in favor of a personal story, this film happened to excel. In choosing not to display names of the interviewees or dates and places of each battle, the film felt more about the individual and the experience of war itself.

The execution was perfect and this tactic helped to better the understanding of the experience for the viewer. Over the course of the documentary the sense of connection with the soldiers builds up and the horror of war is displayed rather efficiently. The film truly is a human experience.

Know What You’re Going Into

At times the film does not always keep up with its usually powerful intrigue. To truly appreciate what Jackson and his team are trying to do, you must be ready for what’s to come. Interest in war films and history will surely qualify you, but without this you may not feel fully immersed. There are times where the footage looks a little off, and not everything comes together perfectly, but this is a rarity. The film is for the most part, a roaring success.

As the film opens, Peter Jackson tells the audience to stay after the credits for a sneak peek. The thirty-minute sneak peek following the credits gives the audience insight into how the one-hundred-year old footage was used. Jackson uses state-of-the-art digital technology to implement the proper color tones and digitally bring the film to life. Jackson was able to achieve this as well with properly adjusted frames per second and picture-perfect lighting changes. The insight given in the post-credits sneak peek gives the audience a wonderful taste of movie magic. 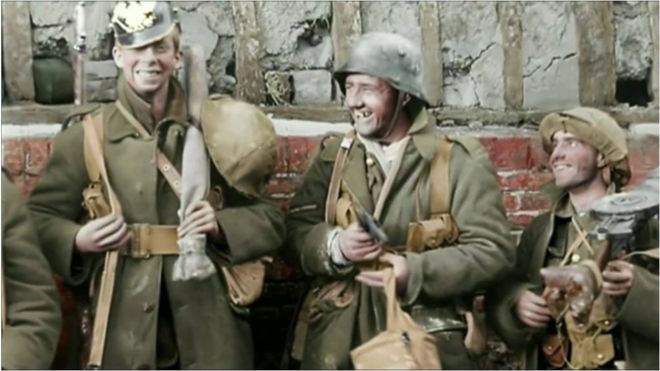 Peter Jackson and his team have assembled a documentary that should be praised for its human touch and technological impact. For the most part, this film is able to truly touch the viewer in ways that you wouldn’t expect. Jackson’s unorthodox approach to the construct of this documentary works, and works well. While the documentary does not always hold its perfection, it strays quite close. I would encourage all film fans to give this one a shot when it receives its larger release in 2019.

Thanks for reading!  What are your thoughts on They Shall Not Grow Old?  Comment down below!

This does seem interesting!

I read another review of this documentary, and I am definitely going to see it as soon as it’s available in my area.

It was a treat to see! It had a 2-day release on December 17th and 27th. I believe February is when its going wide!