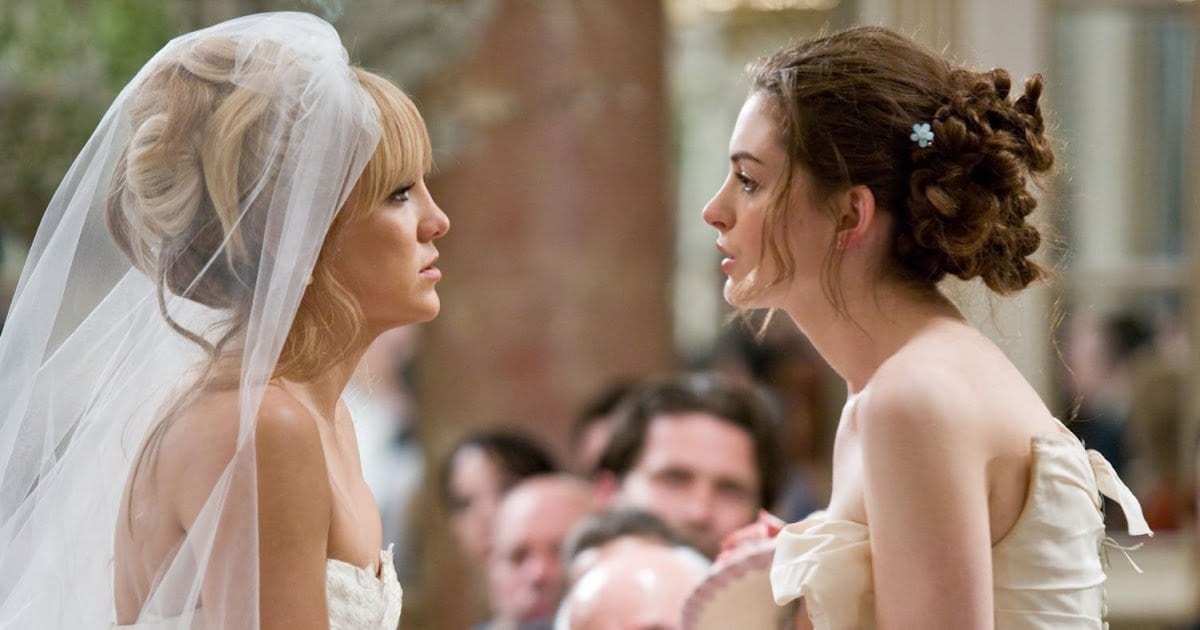 I got engaged about a month ago, so when I saw that this movie was celebrating its 10 year anniversary, I thought rewatching it would be a fun thing to do. After all, I first watched this movie all those years ago with my best friend, with both of us wondering how our weddings would turn out or if we would ever get married (this applied to me more than my best friend, because she is utterly gorgeous). Needless to say, I got wedding anxiety from the rewatch. Is there really so much to plan and arrange? Maybe eloping might not be such a bad idea.

More importantly, I wanted to pen a post about this movie because I think romantic comedies aren’t taken very seriously by the movie-going crowd. To be fair, sometimes they aren’t very good, but when there is decent cast, I think the romantic comedy is easily one of the more charming genres out there. There is comedy, there is friendship, there is love … There is also longevity to a good romantic comedy. I am more likely to rewatch When Harry Met Sally or Bridesmaids than any action or horror movie. This could be a matter of personal taste, but it is one I would readily stand by.

I would be lying if I said I hadn’t thought about what my wedding would be like, which made me think about how we go about cultivating such desires. Was it because of all those wedding photos of my mom and dad I used to look at? Or maybe it was the royal weddings I would wait eagerly for, wondering how the dress looked like and how everything was going to be. But I think what definitely left a lasting impression on me was when I attended my first church wedding. The bride and groom were exceptionally good-looking people, and their groomsmen and bridesmaids were equally captivating — it left me in a state of awe.

I imagine this is akin to what Liv (Kate Hudson) and Emma (Anne Hathaway) must have felt as young girls, seeing the beautiful bride and the spectacular set-up at the Plaza. It is an ideal they held onto all their lives, waiting for the moment when they would get to live out what they held in awe all those years ago. An ideal is difficult to let go of, especially because we built it up so much in our heads. This is the dilemma both the women find themselves in, because neither wants to give up the Plaza, and they nearly lose each other because of it. 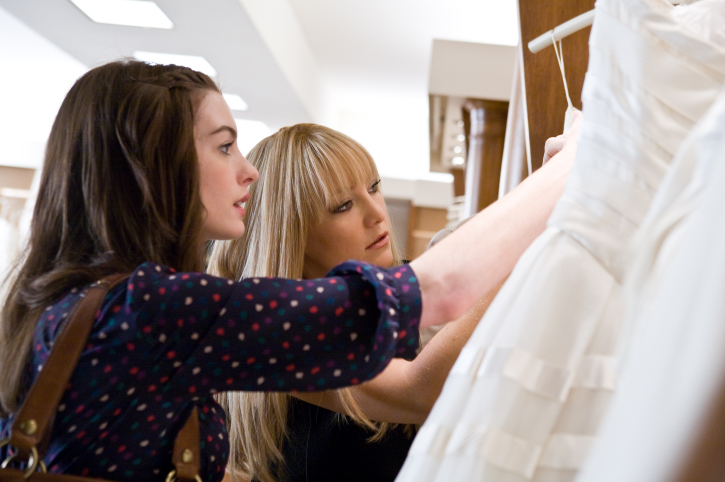 The idea of the perfect wedding is frequently sold to us, be it on social media, in movies or television. It is a perfection we chase so ardently we forget the reason behind all the pomp and ceremony. That it is not about the font on the invitation cards, the cake, the dress – but rather how those decisions are made. Planning a wedding requires communication and stamina, which is a test for you and your significant other as well as the people you have chosen to be in your bridal party.

The movie shows us how Liv and Daniel (Steve Howey) were able to get through tough moments together, while Emma and Fletcher (Chris Pratt) let their problems overwhelm them. Also, I was shocked to see Chris Pratt in the movie! He was not as popular back then, and I went to watch it more for Kate Hudson and Anne Hathaway. He should definitely consider taking on more romantic comedy roles, especially with his charm and likability (though he was a bit of an idiot in this movie). 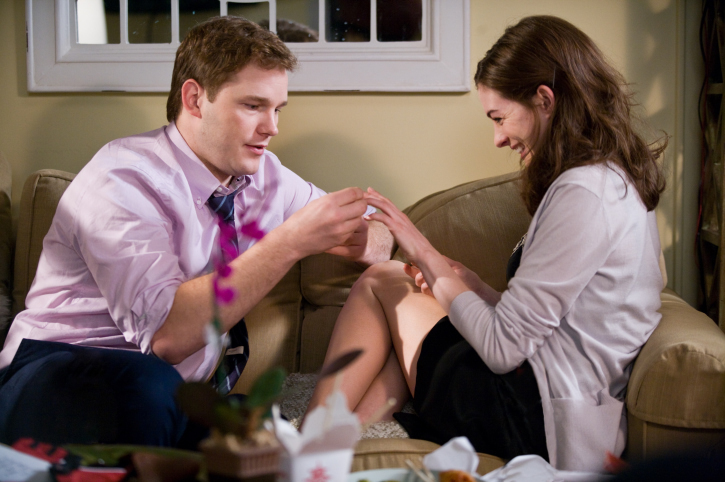 What I like about Bride Wars is that the true love story is between Liv and Emma. They have been best friends their whole lives, and let me just say, this is not an easy feat to accomplish. More often than not, life gets in the way where close friends lose touch, or big arguments can destroy years of friendship. They spend nearly everyday with each other, and yes, Liv can be a bit domineering and Emma might give in to her too much, but these contrasting traits actually help them keep the other in check.

Liv encourages Emma to stand up for herself against a colleague who keeps pushing all her teaching duties onto her, while Emma prevents Liv from impulsively looking into the ring box when they stumble upon it, rightfully saying that Daniel should get to see her authentic reaction when he does propose. Yes, Liv ultimately does force Daniel’s hand by showing up at his office and asking him to marry her, but hey, at least she didn’t see the ring. 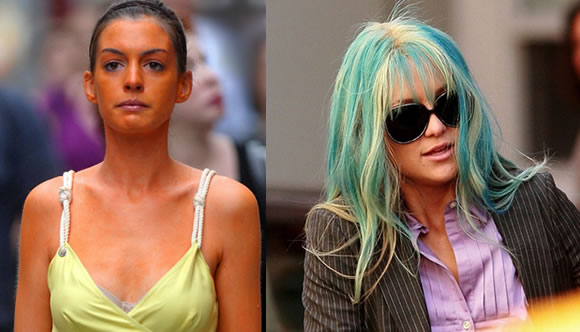 When the two begin their war, we start to see that they are more than each other’s opposite. Liv realizes she can allow herself to be vulnerable sometimes, while Emma learns to stand up for herself more. Her takedown of Deb (Kristen Johnson), her annoying colleague, was particularly satisfying to watch. It was also great fun when they started to mess with each other and try to sabotage the other’s big day. Emma’s tanning incident and Liv’s blue hair were hilarious to watch unfold, and we all wondered what it would take for someone to finally snap. Does it seem unbelievable that after all that, they would still be best friends? Maybe. They do say that you won’t know how strong your friendship is until you have your first fight. So if they can survive this war, their friendship can survive anything.

When I first watched this, I was a clueless nineteen year old who just wanted a fun movie to enjoy with her best friend. Now, as a somewhat more observant individual, I noticed little details that the movie included, which made me appreciate it from a script-writing perspective. At the beginning of the movie, Emma tells Liv that she never listens to music when she runs, because people who do so can’t handle being alone with the voice in their head. Later on in the movie, when Liv calls out to Emma who is running ahead, we see that Emma is listening to music, which gives us insight to her state of mind. However, Liv can’t see the earphones because Emma is ahead of her, so she thinks Emma is avoiding her.

Another detail I spotted was Liv telling Emma that she would have her assistant lie about her being busy when she didn’t want to pick up someone’s call. When Emma calls Liv to attempt to reconcile further on in the movie, the assistant says Liv is handling something big, which is kind of true but Emma sees it as Liv avoiding her call. I love it when there is continuity like this in a movie.

As we come to the end of this post, I reflect that Bride Wars is not the best romantic comedy there ever was. It is likable enough, mainly due to the talents of Hathaway and Hudson. They make me believe in the authenticity of the friendship between Liv and Emma, and I like that the movie sees that romantic love is not always the most important relationship you will have in your life. But what I love most about this movie is that it connects me to my best friend and maybe, that’s all it takes to elevate a decent movie into one you would always remember for the rest of your life.

Thank you for reading! What are you thoughts on Bride Wars? Comment down below!

HAHA IKR! It’s not going to be a legit wedding till people lose their sight stitching my wedding veil.

I have to admit that I do not like this particular rom-com, but I enjoyed your review of it. Also, I enjoy a lot of romantic comedies. I think there is more than meets the eye on quite a few of them. While You Were Sleeping is a romantic comedy with a stellar cast that explores a lot of questions about life. I always watch it at Christmas because it primarily takes place around then, but I honestly could watch it any time. Rom-coms are sometimes really fluffy, but sometimes beneath that fluff is a bit of cultural expectations, life lessons and deeper stuff. In WYWS, it’s more about Lucy (the main character) not having a family and then being thrown into a family’s drama after saving their son from an oncoming train. It’s the ultimate “life doesn’t go as you plan” movie. She even says that her father told her, “Life doesn’t always turn out the way you want it to” at the beginning. And sometimes, like Lucy, I realize he’s talking about my life, our lives, everyone’s lives. :) Unapologetically a rom-com fan for life.

Thanks for your comment! I like that quote you mentioned, and that despite the fluffy exterior, rom-coms reflect just as much about life as a dramatic film. And also, SO MUCH YES about While You Were Sleeping. It is one of my favourite rom-coms, and I even included it in a post I penned. Do have a read if you want :)

The Hardest Working Actor In Hollywood: A Look...

8 Romantic Moments to Put You in the...