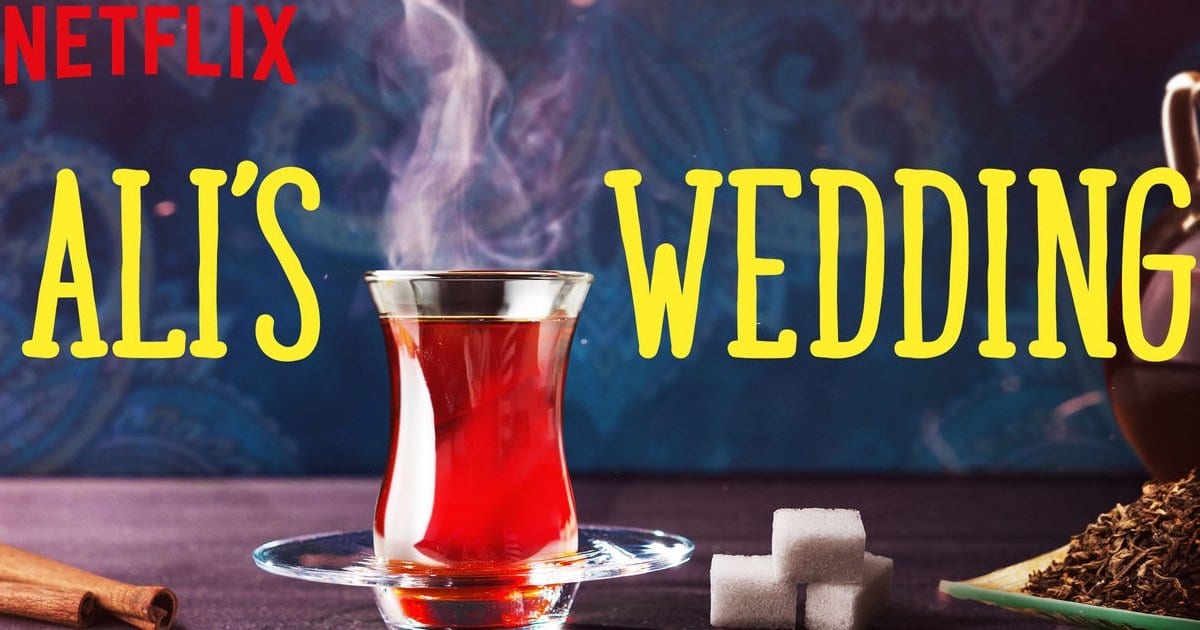 Ali’s Wedding is one of those movies where it becomes difficult to describe the plot without spoiling some of the more pleasant moments it contains, but this review will attempt to tread carefully. Ali’s Wedding is a charming drama/comedy that shines a light on Islamic life in Australia. It is based upon a true story, which somehow makes the more outlandish moments even funnier. One finds themselves saying, “oh, come on!,” only to later find out that moment is one that actually took place.

Ali Albasri’s family fled Iraq during Saddam Hussein’s regime, and eventually settled in Australia. As the now-eldest son, Ali (Sami), feels obligated to be both a genius and a doctor in his late brother’s absence. He is driven by an obsession with making his Imam father (Hany) proud, to the point of being almost constantly stressed out. In response to said stress, Ali ends up telling his family and community a major lie. The kind that requires essentially leading a double life to cover up.

Ali is arranged to marry a young woman of his parent’s choosing (Wilson). Naturally, he is in the process of falling for someone else he feels is “the one” — in fact, he and his friends call her that before learning her name. Her name is Dianne (Sawires), and while she is Muslim (and attends the mosque Ali’s father leads), she was born in Australia, and is of Lebanese decent. Both of these things concern Ali’s mother (Duca) enough that she doesn’t even want a friendship taking place. Being that Ali is falling in love with Dianne, this requires a new set of lies and cover stories. This young man is all kinds of in over his head, but it’s entertaining to watch.

Ali’s Wedding was released as a Netflix film just this past Friday in the U.S. However, prior to being picked up for worldwide distribution, it played to Australian film festivals in 2017, where it was well-received. Ali’s Wedding won best in festival several times over, the Australian Academy of Cinema and Television Arts Award (AACTA) for Best Original Screenplay, and the Film Critics Circle of Australia Awards for both screenplay, and supporting actress (Frances Duca). So, it already had the credibility, it just needed more attention. Enter Netflix. A Look at Muslim Culture in Australia

Apart from a handful of stereotypes, Americans at large have no concept of what goes on in a Mosque (unless they are Muslim themselves). As writer and star Osamah Sami says, “We’re spoken of, but not heard from. There’s always an opinion about us, but it’s not from us.” Add in the fact that this story takes place in Australia, and the American Netflix viewer gets a peek at something they may have missed out on otherwise.

Some stereotypes are addressed here, such as characters who don’t believe women have a right to attend college… or do much else. Thankfully, Ali’s father, Mehdi, is a very open-minded Imam who gives “the sisters” credit for the achievements others try to undermine. Mehdi is a man of deep love, humor, and compassion, and he is a delightful character to watch.

There are certain personalities that seem to exist among groups of worshipers, regardless of religion. There are the gossips, overachievers, those who blend in, progressives, traditionalists, and those who think they can do a better job than the current leader. Mehdi is constantly being judged and undermined by a fellow cleric who wants his spot of leadership. Meanwhile, the son of this jealous cleric also has a chip on his shoulder, and picks on Ali in a similar fashion. Ali’s Wedding is the type of movie that exposes us to differences, while simultaneously demonstrating how similar we are. Bullies, sadly, are universal.

One of the most delightful parts of Ali’s Wedding is the musical Mehdi writes about the fall of Saddam Hussein (with Ali cast as the lead). The rehearsal sequences are hilarious, and delightfully cringe-worthy.

It reminds one of Mel Brooks‘ The Producers, or Max’s play at the end of Wes Anderson‘s Rushmore. It is the same uncomfortable feeling of watching something that’s at once entertaining, and completely inappropriate. The musical ends up making such waves, the cast is invited to perform it in Detroit, Michigan. Ali hatches a plan to stay in the U.S. and be an actor, in order to escape all the lies he’s trapped by at home. He reasons that Hollywood always, “needs us to play terrorists.” However, due to a misunderstanding at the airport (complete with stereotypical “bad cop” TSA agents), the cast of the play is deported back to Australia almost immediately.

There really isn’t a lot to find fault with in this movie. Some of the humor is perhaps over the top. The language is colorful to the point of being assigned a TV-MA rating, which seems out-of-place for this story. Ali’s Wedding‘s second act drags a little bit, and there are some elements of the story that seem to either be glossed over, or over-examined. Some stereotyped characters are mixed in throughout, especially during the scenes that take place in America, or at the mosque.

There are a few rom-com clichés throughout, such as the old mad dash to the airport chestnut. To the film’s credit, however, many of the clichés are done in a way that makes them fit within the world it has established. For example, a moment that in most rom-coms would result in a make out session, instead results in a display of restrained hand touching.

Ali’s Wedding is a lot like the title character himself: lovely to look at, charming, funny, and romantic. Also like Ali, the movie tries so hard to please, that it is a bit much at times. It’s definitely worth adding to your Netflix watch list. It has an important story to tell about traditions, family, overwhelming expectations, and love. It accomplishes these points without coming across as too preachy, or making the viewer roll their eyes. Much.

Thanks for reading! What are your thoughts on Ali’s Wedding? Comment down below!

I liked it but found it to be a bit too sentimental and cheesy! It opened the Aussie and Kiwi Film Fest here last year.