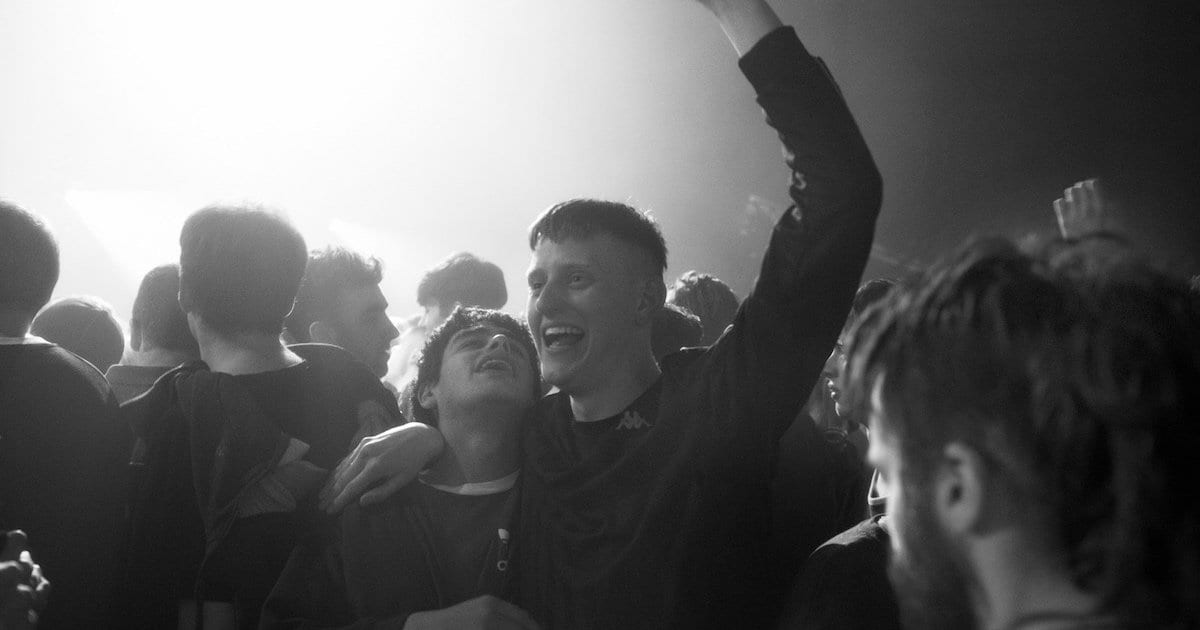 I’ve always thought that Scotland has had an underrated film scene. Everyone always blurts out Braveheart as the first Scottish film to come to mind with a just as obligatory “FREEDOM!” yell along with it. Yet that is such a reductive, simplistic view of the arts from this area of the world. (And that doesn’t even consider the fact that Braveheart was a Hollywood production, but I digress.) It would also be unwise to call Beats a transformative piece of cinema that recontextualizes everything you thought you knew about Scottish film, though it does shed light on a wonderfully punk time that could have only taken place in Scotland, acting a great cross-section of counter-culture during a tumultuous time.

Written By: Brian Welsh (co-writer) and Kieran Hurley (co-writer and based on the play by)

In 1994, The Criminal Justice and Public Order Act was passed by Parliament, effectively reducing and restricting rights towards behaviors deemed “anti-social.” A main motivation of the Act was to limit outdoor rave parties in reaction to a previous music festival where crowds were out of hand.

As this Act passes we find Johnno (Ortega) and Spanner (Macdonald) as they quickly realize that their friendship will never be the same. Johnno’s family is moving away, leaving Spanner alone to handle his miscreant older brother and his gang. As frustration boils over — most notably from Spanner — the two friends join up with a group of counter-culture youths led by pirate radio DJ D-Man (Mann) for an illegal rave that they will never forget…for reasons both good and bad.

Beats very much acts like a stage play, letting the main characters sit around and decompress for minutes on end in dialogue-driven scenes. And that’s because it actually is based on a 2012 play of the same name. Director Brian Welsh stumbled upon the play during its run in the Bush Theatre in London and immediately fell in love with the product. After seeing Beats for the first time, Welsh was taken aback, exclaiming that he thought it was “the best thing [he’d] ever seen.” While watching the play, Welsh had the sense that it was talking to him directly.

Like with many films, there’s a ton of overlap in the director’s own life and the lives of the characters within the film itself. Welsh was no stranger to the Scottish rave scene as a teenager, frequenting local parties. At age 15, he even sold his guitar in order to purchase a few DJ decks.

I think calling Beats a “passion project” is a bit reductive considering the actual attachments at play here. 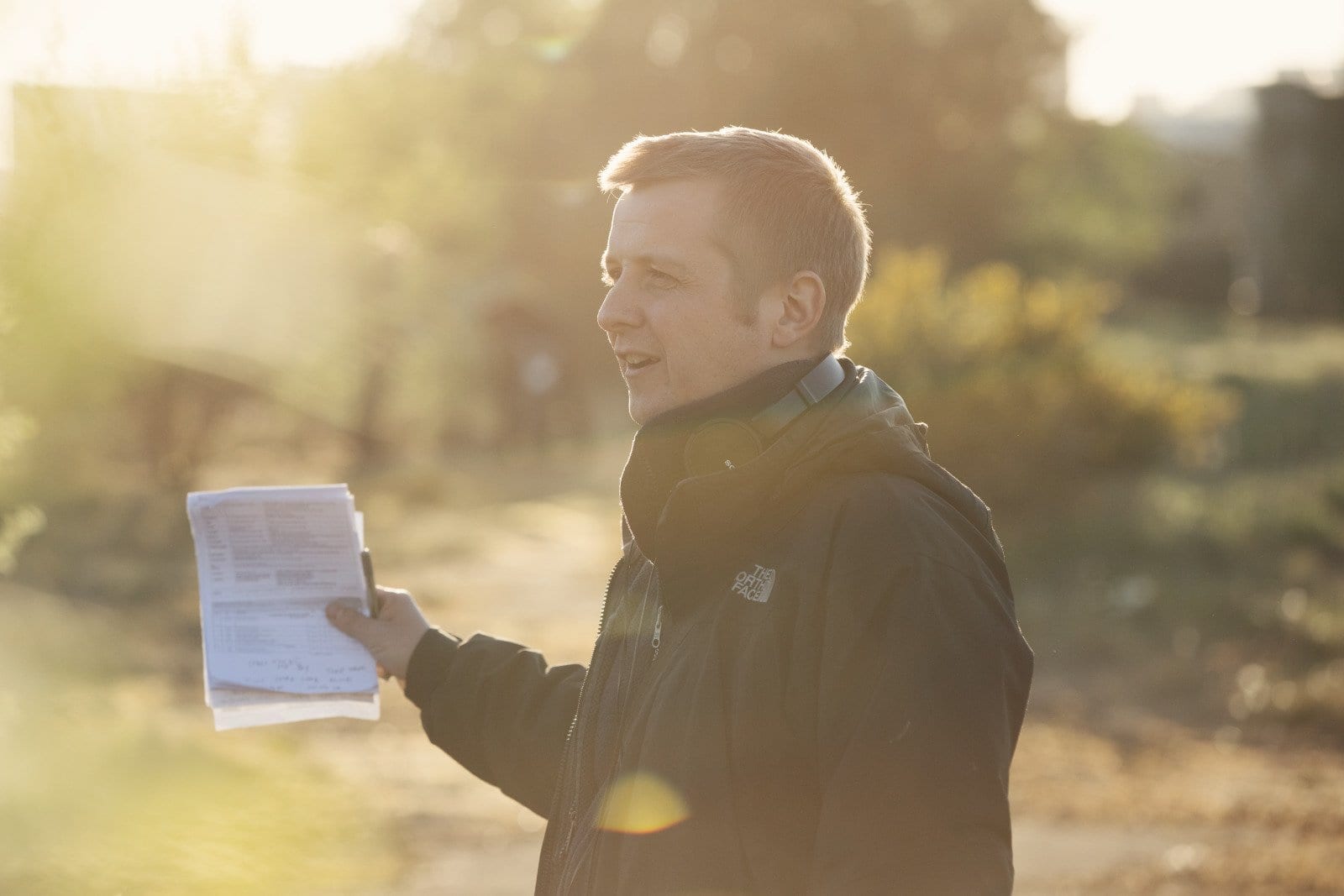 Beats is Full of Wonderful Cussing and Anarchy

I’ve always thought of the Scottish as some of the best when it comes to vulgarity. There’s something about the accent in its fascinating stressed syllables that blends so well with deliciously tasteless wording. Lorn Macdonald is the leader of the pack in this respect, using his motormouth and quick wit for some of the best insults that you’ll see this year. Beats blends a sense of theatricality within its naturalistic feel, making for some larger than life characters that are entirely realistic.

Beats is very much a punk film. (It’s DEFINITELY not hiding it, either.) It’s clear from the first scene and it carries throughout the film as debauchery ensues. Welsh does such a wonderful job in capturing the general angst of the people. They’re understandably furious with the new law that has passed, believing it to be a direct attack on their way of life. Their overt punk, anti-establishment attitudes are absolutely justified as a result, so much so that I found myself rooting for more beer chugging, obnoxious yelling, and property damaging. Simply put, Beats is a raucous time that brings out the inner anarchist in us all. 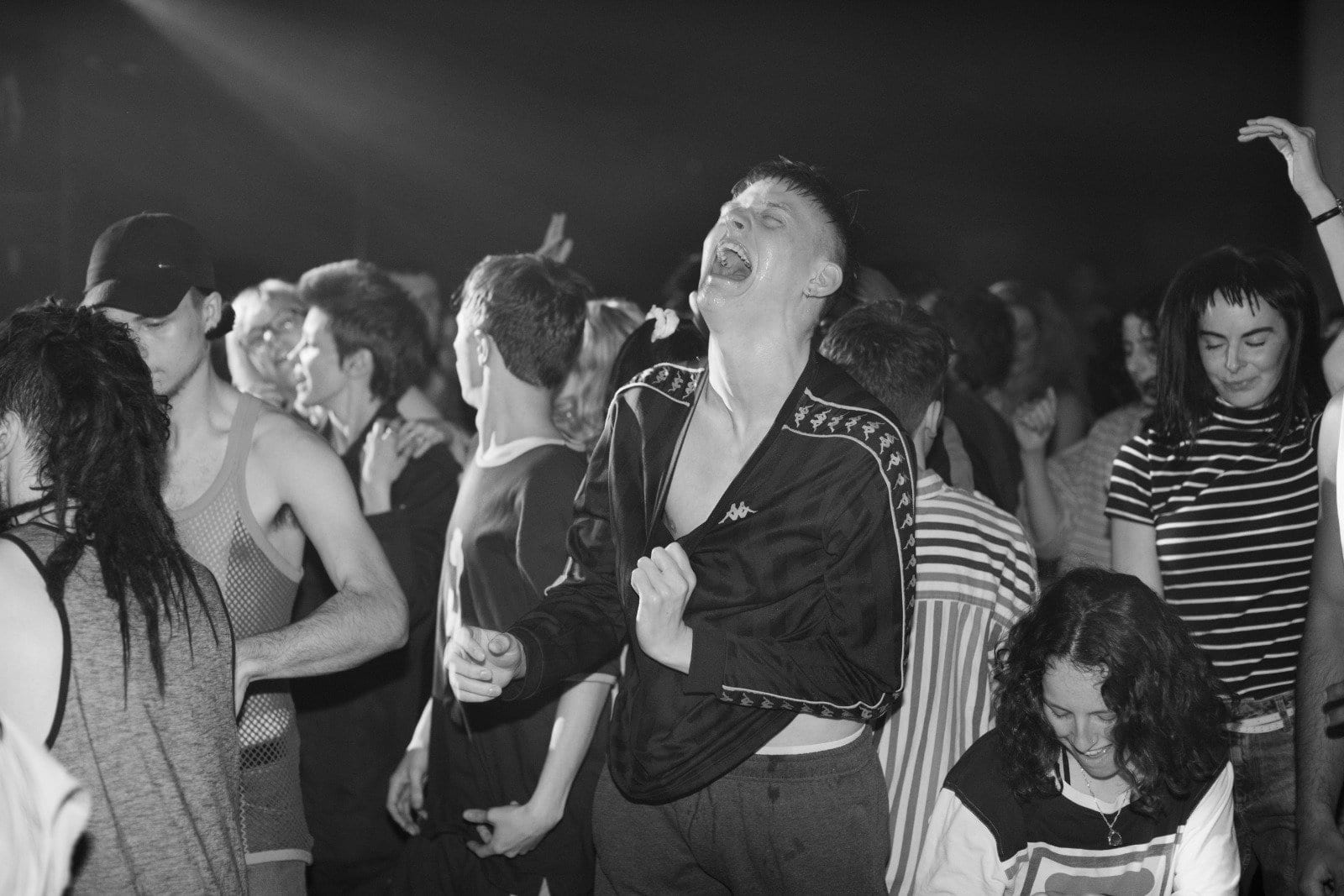 Beats Uses Tropes to its Own Advantage

Some characters in Beats are nothing more than walking, drug-ingesting clichés. The most notable example is DJ D-Man played by Ross Mann. He’s the literal definition of a rebel with his unkempt dreadlocks, questionable tattoo choices, and propensity to yell “REVOLT!” at the top of his lungs. The movie makes a concerted effort to point out all of his punk-typical actions. Similarly, Spanner’s older brother and his cronies are the typical street bad guys with standard track suits and fiery personalities. The biggest member of the group even remains silent throughout the film, because of course he does.

There will be a tendency to toss these pieces of the film aside as nothing more than underdeveloped tropes, no matter how entertaining and energetic they might be. However, I like to look at these pieces differently. Caught in the middle of all this mayhem is Johnno and Spanner, unclear of their paths in life. Johnno constantly feels compelled to become more brazen, to step outside of his comfort zone. Spanner feels improperly typecast as a hooligan, which causes him to descend further into a state of insanity. Though they’re a bit different, they find comfort in each other knowing that the other person understands and feels for the other. Their friendship is the best part of the film.

Not to mention that every character is damn entertaining, so I’ll take as much of them as I can get! 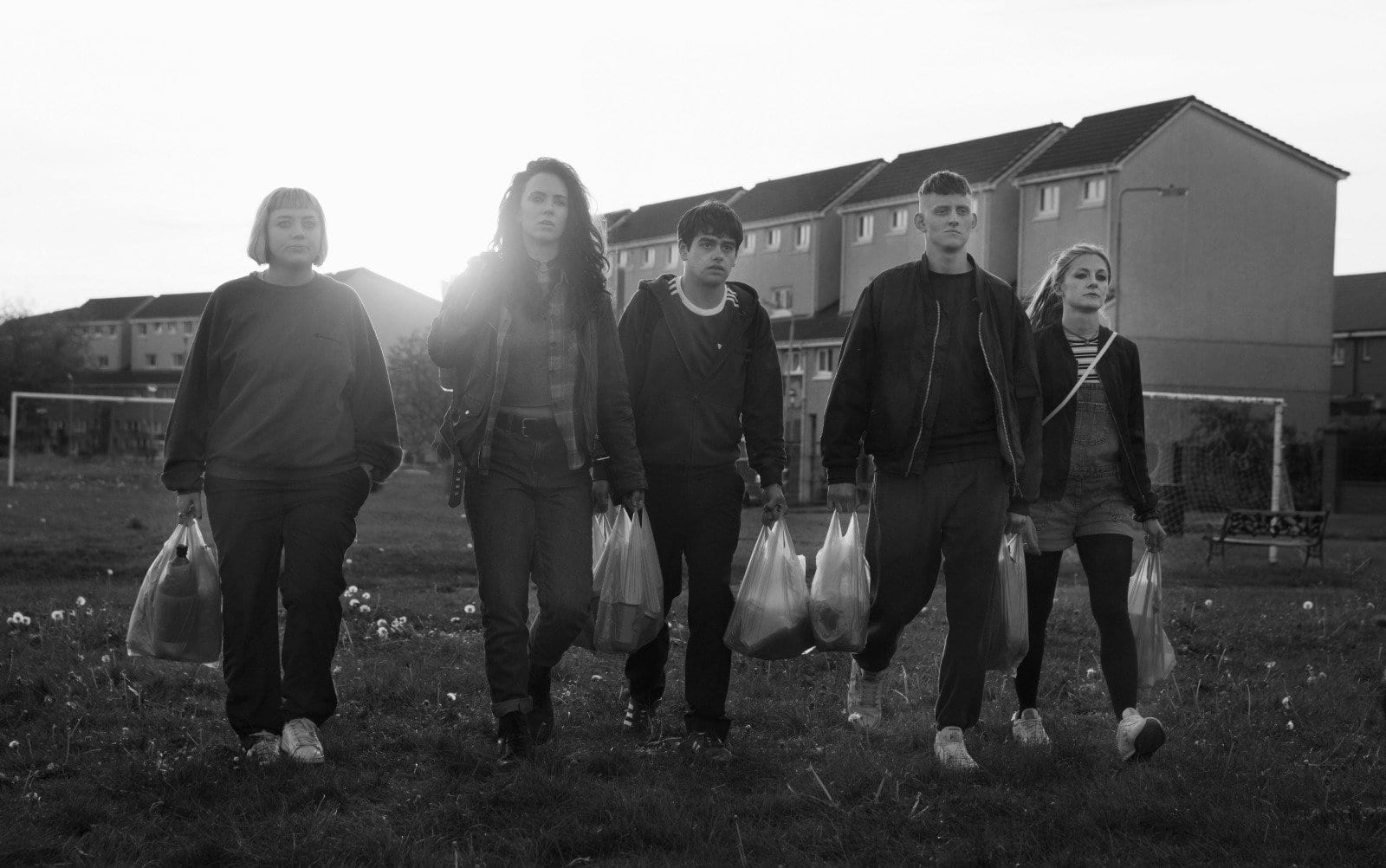 It All Doesn’t Quite Come Together in the End

I look at Beats as a film with great parts that don’t always meld together in a satisfying manner. Though the central message and friendship within the film is worthwhile, it often felt like the script had too many characters jostling for position in the limelight, only to then feel underutilized as they were either forgotten or tossed aside for the film to wrap up its main story.

Like many theater scripts, Beats wants to paint a picture of its time and place with side characters that chew the scenery with every chance they get. Creating distinct characters is a sensible way to build a world without the need for a large bounty of funding for the project, but I often found Beats caught in no man’s land. From my own perspective, Beats needed fifteen more minutes to flesh out more character arcs, and I would have been perfectly happy with the added length. The personalities are that good. It’s one of those rare films that leaves you wanting more, but in this case, that sensation isn’t wholly satisfying.

I couldn’t help but feel delighted by Beats and its quirky ways. This film is so specific to Scotland that I imagine many viewers will find it largely obtuse, wondering why they watched a group of hooligans prance around like maniacs for 100 minutes or so. But that’s exactly where Beats gets it charm. With perfectly over-the-top characters sporting amazing accents and even more amazing attitudes, Beats is like a tidal wave of wonderful angst that also has a genuine friendship to power the depravity. Its pieces don’t quite fit together, but I would watch Lorn Macdonald swear for many, MANY more hours. 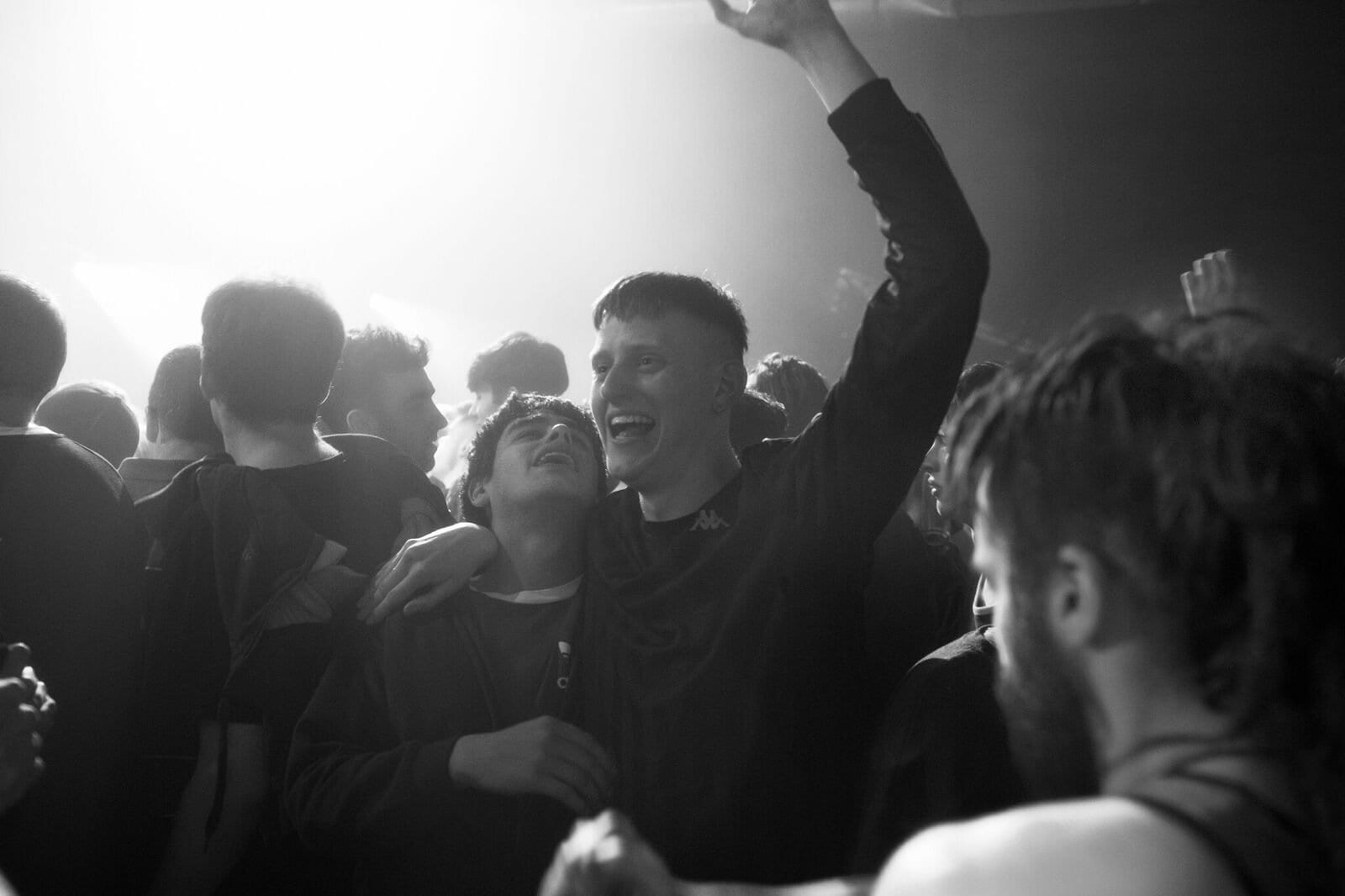 Thank you for reading! What are your thoughts on Beats? Comment down below!

Glad you loved it! 😁

Bit surprising that Trainspotting wasn’t mentioned at all, despite some seeming similarities between the two films. Braveheart I don’t rate as a “Scottish” film, at all – just a Hollywood approximation of one!
Nice write-up – I’ll definitely be looking to see Beats as soon as I can.

There’s definitely a correlation there! I though it might have been a little too on the nose to reference — guess I was wrong 😂

I’ve put this one on the watch list. God help me, I miss punk.

Hahahahah well this film has it for ya!

Although Braveheart is not that bad, after all… :–)

Absolutely! Just having a little fun at its expense is all 😁

And it’s true that FREEDOM is almost obligatory when talking about that movie!

Game to Film Adaptations and Why They Are...