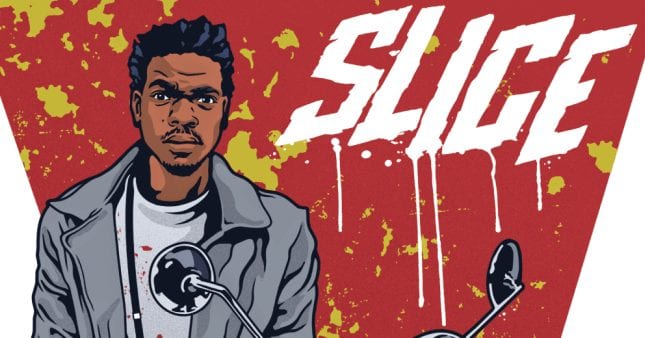 Let me get this straight: so you’re telling me that Slice, a new movie from A24, includes pizza, gateways to hell, ghosts, werewolves, witches, Steve from Stranger Things, AND Chance the Rapper?!?! AAANNNDDD, it’s available on streaming the same day that it starts its theatrical run? This is too good to be true!

Unfortunately for the final product, the saying “too good to be true” is too accurate in this case.

On a routine delivery to Ghost Town (the part of town in which all the ghosts live — obviously), a pizza delivery boy is killed by an unknown assailant via a slice to the throat. Both the living and the dead are up in arms about the incident, causing a member of the press (Gray) to do a little more digging.

The murders keep happening, and the employees of Perfect Pizza Base continue to dwindle, forcing Astrid (Beetz) and others to do their own form of investigation.

All roads point towards a mysterious figure that worked at a Chinese restaurant years ago, and everyone is certain that he’s the culprit — it’s the perfect opportunity for some other unsavory types to open a portal to hell amid the confusion.

You’d probably join me in saying that this a really weird way for Chance the Rapper to make his movie debut. Reading the synopsis above paints a pretty clear picture in that respect.

But Slice has been many years in the making as Chance the Rapper and director Austin Vesely have a long history together. Vesely has collaborated with the actor on numerous occasions in some of his more famous music videos like “No Problem” and “Angels,” both with their own irreverent style. Realistically, if you look at their previous work together, Slice isn’t very surprising at all. These two vibe in a way that isn’t what you’d call, well, normal. But who the hell cares?!?! We need more movies about werewolves and pizza delivery boys if you ask me!

Slice is Analogous to a Freak Show at the Circus

Slice is one of the more midnight-iest midnight movies I’ve seen in quite a long time. The movie is delightfully cheap in a way where all its obvious visual shortcomings (including some hilariously half-assed makeup for the ghost characters) are more likely to be called “quaint” or “charming” instead of “ugly” or “lazy.” Vesely treats everything with a wink, giving him every opportunity to deliver excessive cheese.

You have to watch Slice with that kind of wink as well. It’s more about the experience and less about whether or not it’s “quality cinema” as my inner movie snob would say. Let’s be honest, you’re going to tune into this movie for things like seeing whether or not Chance the Rapper can act (he’s a bit wooden in my opinion) and where this bizarre story will take you. Like showcases of bearded ladies and contortionists, Slice is looking for absurdist entertainment, which would make it perfect for a late night showing with a large group of friends. Consumption of alcohol in tandem with the movie would be pretty great too (but you didn’t hear that from me). The actors know it, and they’re having a blast cranking up the goofiness to a level of parody.

It’s a Shame that Slice is Unbelievably Sloppy

Part of me knows that Slice is intentionally haphazard. A movie with pizza delivery people taking on ghosts, witches, and werewolves should be a wild ride with a breakneck pace. But Slice has far too many moving parts for its own good, and they don’t coalesce into something satisfying. Especially since the film is only 83 minutes, there just isn’t enough time for the movie to live in its crazy situations. There are glimmers of beautiful, senseless schlock in Slice, but then one of the many superfluous characters gets in the way with their unnecessary story thread. As a wise man once said, “the plot gets in the way of the movie!”

As I mentioned before, with a movie like Slice, you come for the show of it all. Enough with the conspiracies and exposition, can’t I just see more of Paul Scheer acting snarky and Chris Parnell painting a woman with three breasts? Seriously, that’s a thing that happens in this movie.

It feels like Vesely almost didn’t know what he had in Slice. 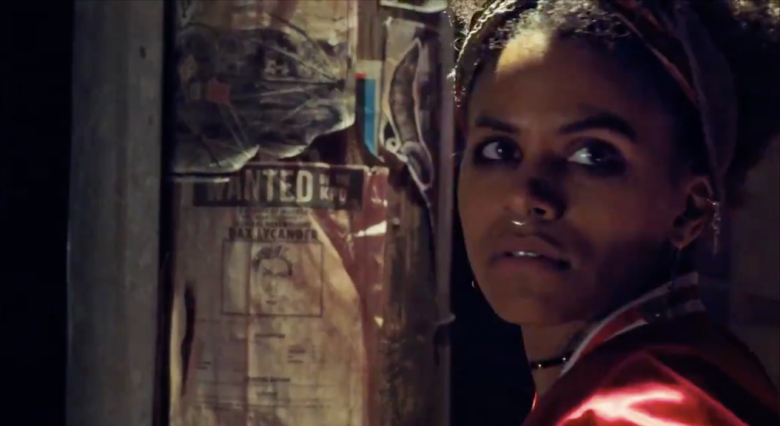 Some Actors Swing for the Fences…and Strike Out Badly

For those of you that tuned in to see Joe Keery (Steve from Stranger Things), you’ll be sad to hear that he probably has three minutes of total screen time.

But Slice is one of those oddities that comes around every so often where the movie has a completely overqualified cast that mixes in with a few actors that probably shouldn’t quit their day job. It only takes a few moments where actors of different clout act against each other to see the disparity between them. What’s worse is that some of these actors have prominent roles in the movie and they are severely overcooking it. It’s so frustrating to see actors like Joe Keery wasted, only to then see them absolutely overpower other actors in an acting sense with a simple nod or look. Like the movie as a whole, it’s wasted potential for something greater. 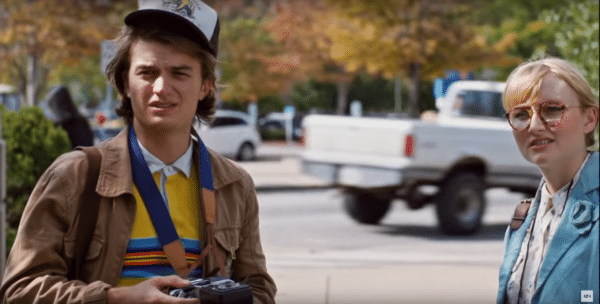 For a movie with so many great schlocky pieces to it, those pieces don’t quite fit together, and the result is a muddled movie that doesn’t quite lean into any of its silly ideas fully.

In a time where so many movies have their edges smoothed out completely, it was delightful to see a movie not care in the slightest about fitting in, yet I see why A24 had reservations about giving Slice a wider theatrical release: it simply doesn’t come together for a schlocky good time.

Thanks for reading! What are your thoughts on Slice? Comment down below!

Great review! Even though it doesn’t live up to its full potential, I’d love to check Slice out. And not just because of Steve from Stranger Things… ehem.