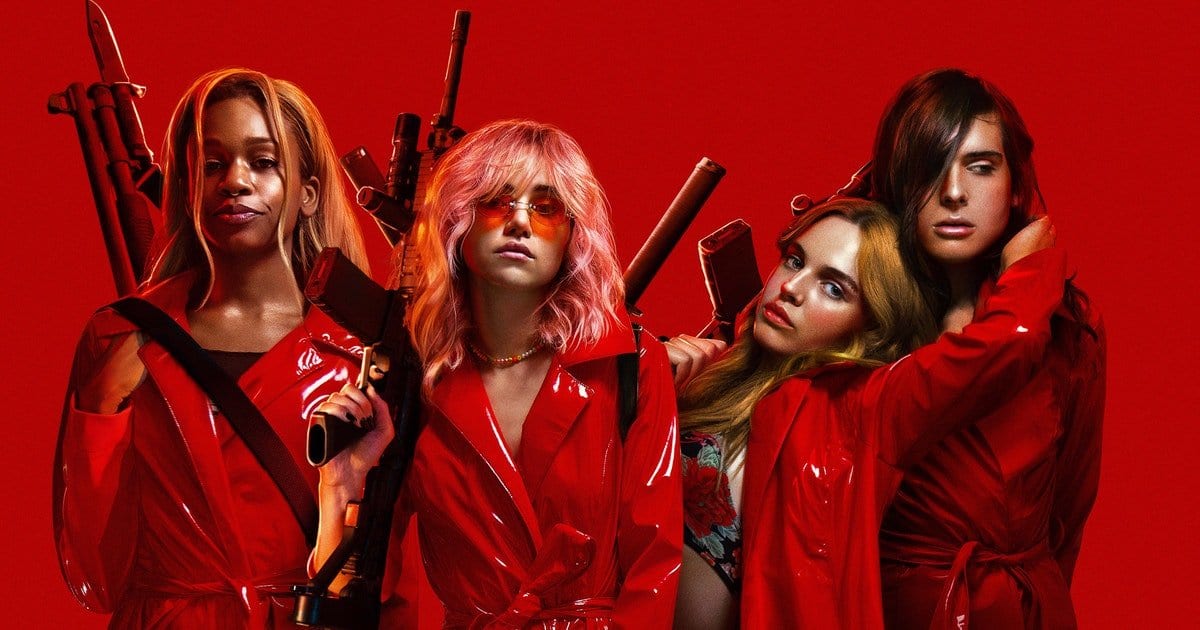 Every so often, a movie comes around that is bound to stir up conversation due to its subject matter and tone. Assassination Nation is that movie in the present, and I can guarantee one thing: it’s going to polarize many individuals. Some are going to leave the theater appalled at what they just witness, others will sing this movie’s praises to the high heavens for a very long time. As for me, I’m somewhere in the middle, but there’s no questioning that this is a product that simply can’t be ignored.

Lily (Young) and her friends are going through high school, dealing with all the troubles that most people who go to school in the modern age handle: selfies, nudes, guys, you name it. But the entire town of Salem is turned upside down when an anonymous hacker leaks everyone’s information out into the public. An outcry ensues, one that leads to excessive violence and bloodshed.

Eventually, the collective anger of the town turns towards Lily and her friends, and they’ll be lucky if they survive the night.

Assassination Nation director Sam Levinson is following in the footsteps of his father, Barry, as he continues his career in the industry. This particular film marks Sam’s second outing as a director and it’s certainly his most high-profile project to date.

Directing runs in the family on occasion. The 47 Coppolas that direct help cement that idea. Weirdly enough, I often feel that we as a movie-loving mass don’t make a big enough deal about movie families. Maybe it’s each person’s quest for originality in the industry, but if you ask me, it’s pretty cool to see so many relatives succeeding together. Who knows, maybe there will a top 10 list of the best movie families on the site soon. I have that kind of power here at MovieBabble, you know. 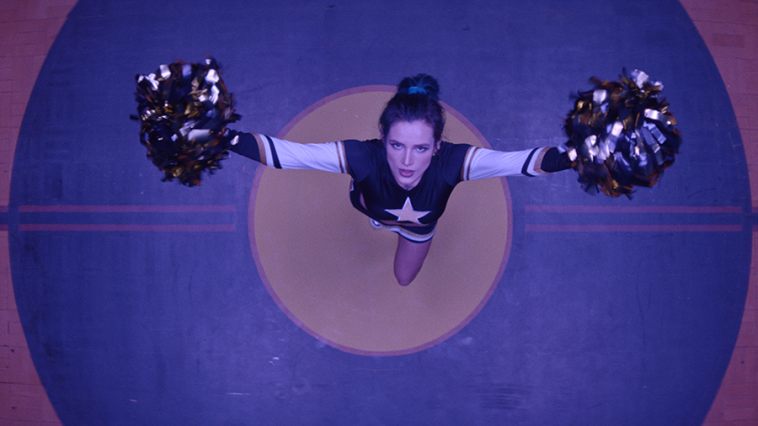 Hot take alert: Assassination Nation is the best shot movie of 2018 so far. The film isn’t what you’d call “beautiful” — it actually bucks against that idea in order to make everything appear scuzzy — but in terms of how Sam Levinson uses the camera, this is one mesmerizing motion picture.

There’s a wonderful sense of style to Assassination Nation, one that feels as new-age as the subject matter surrounding the characters with techniques such as three-way split screens and stylized social media notifications that somehow manage to add a rather insidious feel. After awhile, the use of an iPhone ping both diegetcally and non-dietetically becomes one of the more unsettling noises in the entire movie.

As you watch Assassination Nation, it’s abundantly obvious that this movie was filmed with a crystal clear vision in mind, both within the brazen nature of the film itself and with how it is filmed. Levinson utilizes some of the most glorious one-shot sequences you’ll see all of this year as the thriller aspects of Assassination Nation begin to take root. One in particular made my mouth drop to the floor with its brilliance. It’s one of those sequences where you think to yourself, “this can’t possibly be one continuous take,” so you begin to focus on every tiny detail to see if the director is cheating with faux cuts. But, because Levinson has such a strong hold on this movie, you’ll never find those mistakes, that is if they even exist.

I really can’t stress enough how perfectly executed this movie is from a technical perspective; it’s an amazing experience. And that’s why it frustrates me that Assassination Nation didn’t create better characters to go along with its technical skill.

As you quickly find out through a few moderately humorous, stylized beats, much of Assassination Nation is quite heightened. Actually, all of it is heightened, but you get the idea. You’ll know instantly that you have a dark satire on your hands. By extension, a lot of the characters have their quirks that come to define who they are, but the film never really goes deeper than that. Once could say that the film spends a lot of time with the Lily character, but even she doesn’t have much going on; she’s a chess piece for this movie to move around as insanity ensues.

Assassination Nation is all about the plight of the modern woman. That’s a pretty great idea for a stylized thriller if you ask me — society is scary sometimes! However, that entire thread is undercut due to these paper-thin characters. How exactly am I suppose to care about these women if they’ve all been reduced rather annoying, recycled tropes?

Ladies and Gentlemen, We Have Your mother! of 2018

For better or worse, Assassination Nation almost immediately reminded me of Darren Aronofsky’s experiment that made so many angry last year. Assassination Nation is actively trying to shock and appall you at every turn as it preaches its themes. It’s such a visceral experience that many will simply reject it out of principle.

Now, Assassination Nation is not a clear product of a director that’s high off his own skill, nor is it a blending of religious and natural allegory. But like mother!, its themes are painfully obvious, leaving no room for interpretation. Mr. Levinson, we get what you’re doing here; there’s no need to name the town “Salem.” The two films also do not have many identifiable characters in which the thematic power of the movie can take root.

But the most striking similarity between the two films is that they contain conflicting messages. For mother!, it was mixing Jennifer Lawrence’s character between being an allegory for Mother Nature and also the Virgin Mary, creating an instance where the two sides of the coin essentially cancel each other out in how they are presented. For Assassination Nation, the idea of mixing a darkly satirical look at the plight of women conflicts with a sudden shift towards an earnest plea to the audience. The film also goes out of its way to shoot these females in a titillating fashion while also showing them all in a less than flattering light. Everyone’s fake, until they aren’t. What exactly am I supposed to feel here?

Assassination Nation just can’t make up its mind, and it left me feeling cold.

Powerful yet undeniably sloppy, Assassination Nation is one of the better technical achievements you’ll see this year — if only its subtext was just as strong! Sam Levinson puts together some absolutely incredible sequences that will send shivers down your spine with every waking second. His command for staging and executing this film on a visual level is nothing short of miraculous. You should see Assassination Nation for these reasons alone…if you can stomach it, that is.

And yet, I’m torn, and it’s so unfortunate that I can’t bring myself to like this movie more. With such paper-thin characters and muddy thematic heft, I find Assassination Nation tough to admire for anything more than a directing showcase. I’m hoping that Sam Levinson continues to flex his directing muscles, because if he works with the right material next time around, we could have an instant classic on our hands.

Thank you for reading! What are you thoughts on Assassination Nation? Comment down below!

[…] about art are no stranger to the film festival circuit, but this Estonian film about a bizarre social experiment is sure to stand out from the […]

LOL @ “47 Coppolas.” Seriously! Is there any member of that family who isn’t in the movie business in some capacity? Composing, acting, screenwriting, directing, producing… they’re everywhere!

The style made up for the substance for me. I appreciate it for what it was trying to do even though it didn’t always work.

I do too! I’d rather talk about films like this than another reboot of a property that I don’t care about 😂😂

I’ve already seen it twice so I’m doing what I can! Neon are cranking out the hits.

I really admire Neon. Even if I don’t necessarily like the movie, it’s always interesting!