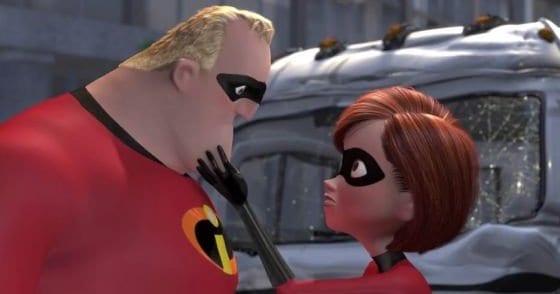 When it comes to classic fairy tale romance, Disney is king. But they’ve shown there’s more to love than princesses falling for princes. Some of their greatest love stories come from forgotten places, so we’re going to pay tribute to them.

This silly rabbit and sultry singer make for an unlikely but iconic pair. As different as they are, there’s a clear bond between them that you see in only the most devoted couples. Though she attracts many an eye, Roger never doubts his wife’s fidelity. She in turn does everything to clear his name. Plus, what Jessica says about her husband is true — he’s the one for you if he makes you laugh.

Speaking of unlikely couples, no one expected a Mario clone and a hardcore marine to win them over. Their blossoming romance is one of the best parts of Wreck-It Ralph. Jane Lynch and Jack McBrayer play off each other spectacularly, and it only adds fuel to the fire. It’s a shame that they were barely in the sequel. #8: Bob and Helen Parr (aka Mr. Incredible and Elastigirl), The Incredibles 1 and 2

Bob and Helen are a power couple. Their greatest strengths lie not in their powers, but in each other. The sequel takes their devotion to each other a step further. Bob becomes Mr. Mom so that Helen can have a chance at being a hero again, and Helen willingly risks her life to ensure her family has a shot at following their dreams. Though they have their differences with this arrangement, they eventually talk things out and become better together as a result.

#7: Carl and Ellie Fredricksen, Up

Ah yes, the one that always brings out the tears. Carl and Ellie’s love story packs such a punch because of how true to life it is. They’re ordinary people who spend an average life together, that’s it. But you grow so attached to them that it’s hard to watch them go. And it’s Carl’s eternal love for Ellie that drives the plot of Up. 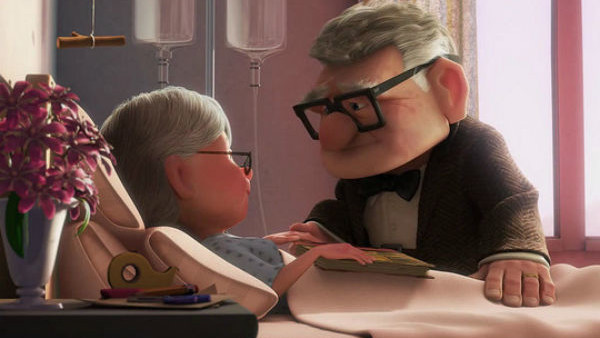 When people discuss their favorite 90’s Disney couple, few remember Hercules and Megara (Meg for short). Inspired by Superman and Lois Lane’s dynamic, sweet heroic Herc bounds past Meg’s cynicism into her heart. Both prove that they’re willing to give up their lives for each other. Also, “I Won’t Say I’m In Love” is one of the best songs from its era for a reason.

#5: O’Malley and Duchess, The Aristocats

It’s your classic uptown girl meets downtown boy story, but with cats. Both are changed and happier people — uh, felines, thanks to each other. Duchess livens up and explores the side of Paris she’d might have missed out on. O’Malley warms up to the idea of fatherhood and learns there’s more to life than his wandering ways.

You have to hand it to Disney’s ability to make anything interesting, and that includes a pair of hats. The titular fedora and bonnet find love in a department store window. When Alice is sold, Johnny risks life and brim to reunite with her. Theirs is a charming spin on boy meets girl that has yet to be topped.

When filtered through the Mouse House, one of the greatest fantasy romances becomes one of Disney’s best couples. Robin and Marian are playful but always on the same level. Their childhood romance has matured along with them. They’re one of the first Disney couples who actively work together to take down the bad guys. Their love theme is also one of the most underrated in the canon. 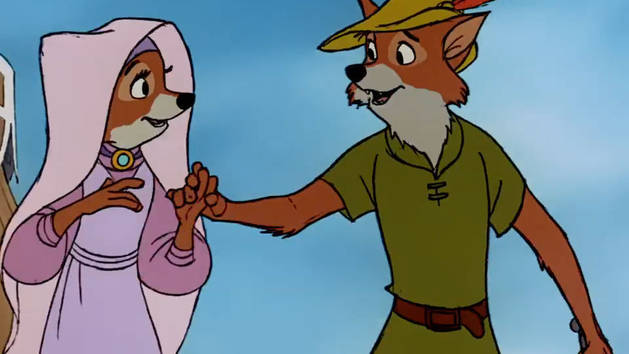 While there’s only a hint of romance in The Rescuers, Bernard and Bianca’s love for each other is plain to see. Bianca knows how to draw Bernard from his shyness, and recognizes the courage so few see in him. Bernard’s cautiousness also saves Bianca more than once. This “opposites attract” romance brings out the best in each other. The Rescuers Down Under gets us to root for them even more thanks to Bernard’s constantly dogged attempts at a proposal.

Anita and Rodger are the couple we all want to be like. Everything from their meet cute to married life is happy. Yet it’s not unrealistic. They act and love like a true to life married couple. I can see them becoming Carl and Ellie in their golden years. While they take a backseat to the dalmatians, Rodger and Anita’s presence provide a loving home for the pups. It’s not a fairy tale relationship, but it’s real one. And that’s all the love you need to aspire for. 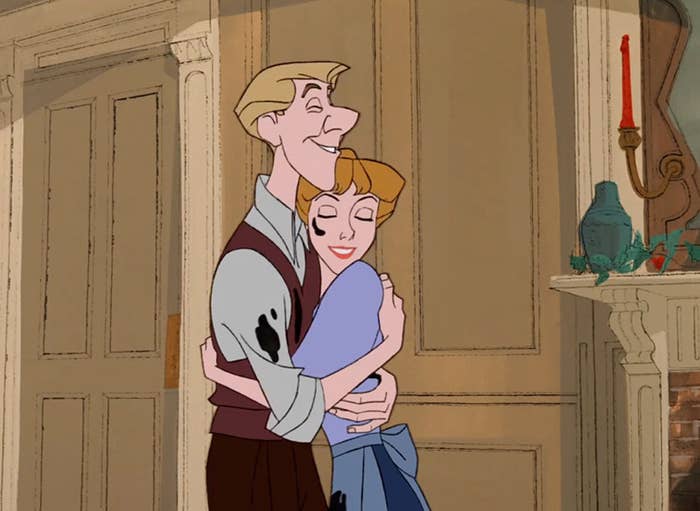 Thank you for reading! What are your favorite underrated Disney romances? Are there any that you feel deserve more attention? Comment down below!

[…] is written and directed by Woody Allen, and stars Timothée Chalamet and Elle Fanning as a young White couple who go to university together in upstate New York. When Ashleigh (Fanning) lands an interview with […]

[…] the concept of Palm Springs is easy to grasp. Boy meets the girl. Boy and girl hook up. From this point on, however, it becomes a bit of a whirlwind. Partly […]

Ohhh I love this post 💕 thanks for sharing x

Up is one of my favourite films mostly because of the beginning show their love and them growing up, it’s so cute and defo pulls on the hear strings!

Really good list, Jen! If I could add one Disney couple to this list, I would include Milo and Kida from Atlantis: The Lost Empire. Their love for Atlantis is what brings them together and both Milo and Kida compliment each other as their relationship evolves.

Thank you! Milo and Kida came very close to making it on this list!

I would have also liked to see Mr. and Mrs. Darling on here as well; I have such a crush on her.

They’re a cute couple, but I didn’t think there was enough of them in the movie to really judge them as a couple.