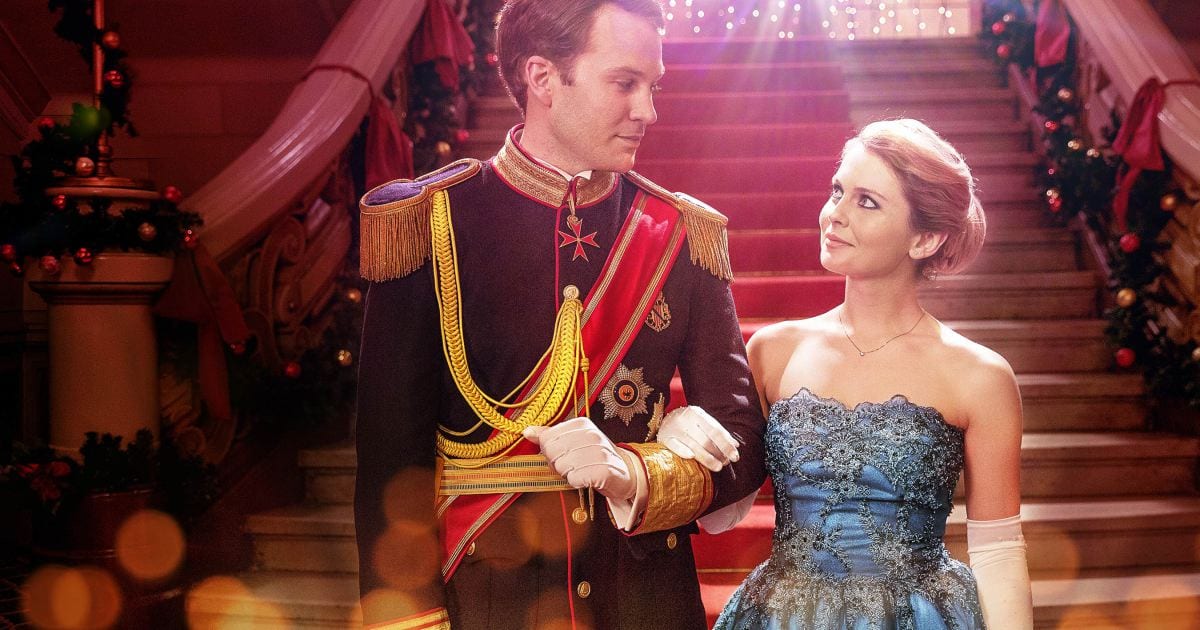 The Holiday Calendar is part of Netflix’s Christmas offering for the year, starring the lovely Kat Graham from The Vampire Diaries. This movie proves, undoubtedly, that there is a formula to making such Christmas movies. Hence, this post won’t really be a review, but more of a dive into what defines a good Christmas romance movie, and whether Netflix is giving Lifetime and ABC Family a run for their money. 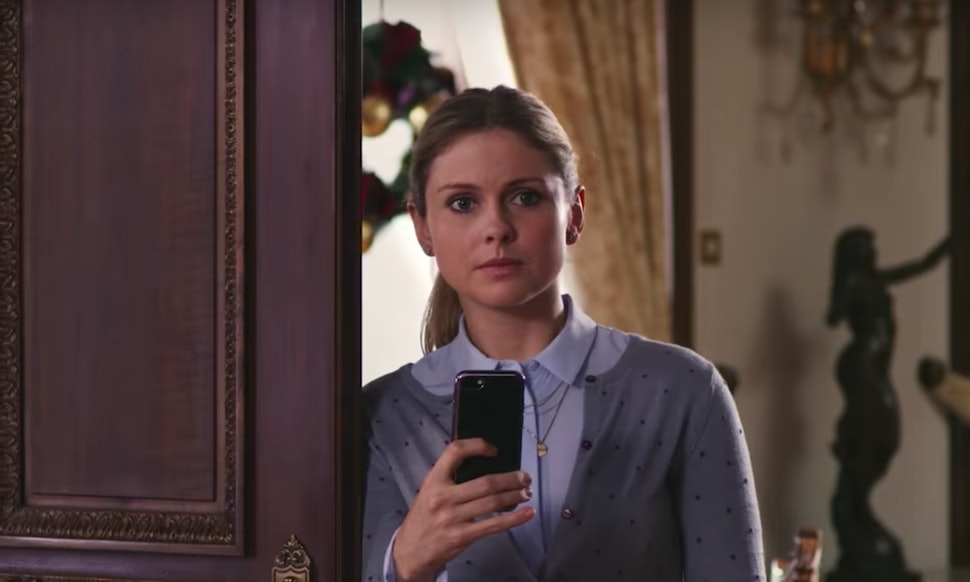 Before watching The Holiday Calendar, I did my due diligence of looking into what Netflix put out last year, which was A Christmas Prince. Watching both these movies, I couldn’t help but notice the similarities. Firstly, the protagonists are both female, which is a definite trend I have been observing in these Netflix movies when it comes to the romance genre. Just this year alone, we have had movies like The Kissing Booth, To All the Boys I’ve Loved Before, Sierra Burgess is a Loser, Nappily Ever After, The Guernsey Literary and Potato Peel Pie Society … these are just the few off the top of my head. I am sure that if I deep-dive into MovieBabble’s Netflix review history, I am bound to discover more. It makes sense to have female protagonists, since women are generally assumed to consume the romance genre a bit more avidly than men, though there are always exceptions of course.

The other striking similarity is that both are suffering from career difficulties. Amber (Rose McIver) from A Christmas Prince wants to be a writer, but hasn’t quite gotten her break, until her luck changes when she is tasked to report on a possible ascension to the throne that is to take place in Aldovia.  Abby (Kat Graham) is also in a bit of a lull, where she wants to be creating photography that matters to her but is instead, working at a studio that involves very standard photo-taking, like the kind people get for their passports.

It is also hammered across to the viewers that both these women have suffered personal losses in their family, with Amber having lost her mom and Abby dealing with the loss of her grandmother. This is a classic way to start any kind of fiction. The first step is to always introduce an issue or a hurdle, which by the end of the work of fiction must be addressed/resolved. The problem with these type of Christmas movies is that everything is resolved within the Christmas period, because Christmas just carries some kind of magic I suppose.

Step 2: Introduction of the Romantic Partner

We don’t have to be Sherlock Holmes to know how these movies are going to turn out. It is a Christmas romance movie, so of course there must be someone to spin romance with. The movie sets up very clearly who our female protagonists will end up with, we are just left to ponder on the events that will finally bring them together. For A Christmas Prince, even though the prince is presented to be some flirty playboy, I knew we would discover that in reality, he is a very different type of person. Turns out that the media got everything wrong, which I do find to be strange. Yes the media is known to exaggerate, but to the extent that everything is fabricated? Okay, if you say so Prince of Aldovia.

On the other end, we have the Some Kind of Wonderful staple, where the romantic partner turns out to be the best friend (Quincy Brown). I was hoping for a twist, since they made it abundantly clear that he is crazy in love with her. I also find her incredibly blind or deluded to keep denying it. But alas, down a traditional path we must go, where her destiny is her best friend. My qualm with both these men is that they are portrayed to be unbelievably perfect. The prince is no longer a playboy, and would rather play with orphans than make some political gesture, and the best friend consistently goes above and beyond for her. Where are the flaws of these men? Our female protagonists are the ones who make the mistakes, with Amber snooping into the prince’s private life and pretending to be a tutor as a way to remain at the royal residence, and Abby ditching her best friend when it mattered, also blaming him for a mishap with her photos. I find it interesting that these women need to redeem themselves in a way before they are found to be worthy of these perfect men.

I think the direction of these movies and what they are trying to sell to us is a pervasive idea of how romance is viewed to be. Men are often portrayed as this perfect, unassailable entities that flawed women need to work for. These men are also good-looking, rich and stable options. Only in the Christmas season would such eligibility ooze about in such large doses. But I guess the fun part about watching such movies is indulging in such fantasy. 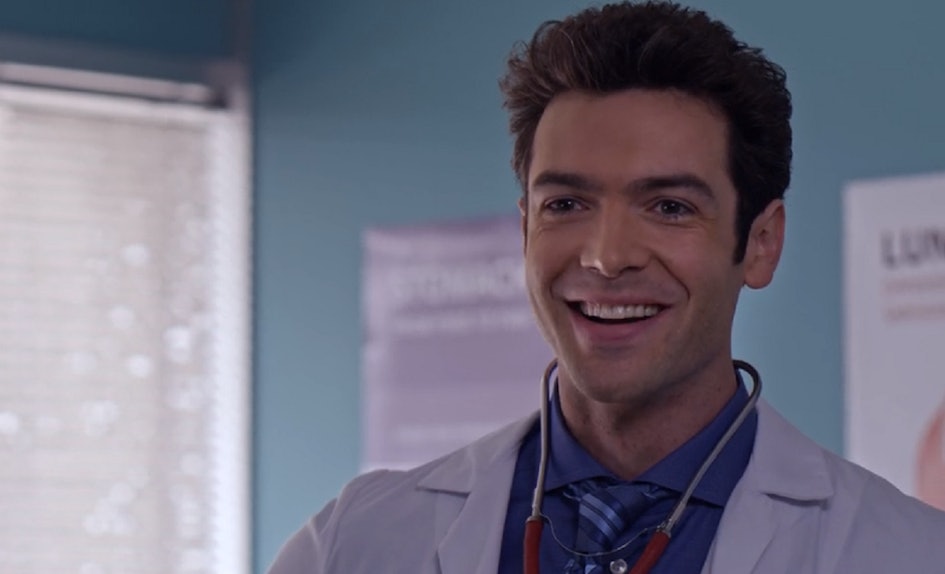 The road to true love never did run smooth, so of course we must get a complication. For Abby in The Holiday Calendar, it is in the form of Ty (Ethan Peck), the good-looking doctor that she keeps running into. Because of the magic of the advent calendar her grandmother left to her, she believes that the clues it gives her everyday is leading her to him. In A Christmas Prince, the complication arrives in the form of an ex-girlfriend, who is removed of any redeeming qualities, and just seems there to try to weasel her way back into the Prince’s good books now that he is going to be King.

These complications are eventually shaken off, when Abby realizes that Ty cannot even come close to what she shares with her best friend Josh, and the Prince makes it clear to Amber that he no longer has feelings for his opportunist ex anymore.

Step 4: Happily Ever After

Happily Ever After just comes so easy in these Christmas treats, with Josh buying a studio for Abby and himself to work at, and with Abby herself gaining new momentum as a photographer. The Prince and Amber also have a nice reunion, with the Prince coming to New York to convince Amber to come be with him. Not only that, he also proposes?! At least The Holiday Calendar doesn’t throw a quick engagement at us, which would have actually make sense for Abby and Josh seeing how they have been best friends for the longest time.

The problem for me with these movies is that they seem very artificial. I don’t expect a movie that would blow my mind, but I would like authentic, real characters whom I can connect with. Characters that I got in While You Were Sleeping, The Holiday and Christmas in Boston (which is also a made for TV movie). These movies are good Christmas romances, the kind that make you feel warm inside, and also kind of sad if you are alone for the Christmas season. Sadly, these Netflix versions don’t even come close to comparing. Better luck next year.

Thanks for reading!  What are your favorite Christmas Romance movies?  Comment down below!

Hahahaha, wait, is Hallmark dead though?

Not with those ratings!

Hahaha just awesome post, thanks this really brought back memories of when I covered and reviewed “The Christmas Prince Sub-genre” so I can confirm there definitely seems to be a formula to it. Nice job addressing these movies from almost a screenwriting perspective of story beats and character archetypes. I’m curious about The Holiday Calendar but from what I watched last year, A Christmas Prince is my third favorite movie about…A Christmas Prince but it did have the best production value.

Thanks for the comment! For “The Holiday Calendar”, I would say watch it if there is really nothing else to watch. There isn’t much going on in the movie honestly. I love Kat Graham but she didn’t really have chemistry with her co-stars. “A Christmas Prince” was definitely better, marginally so haha.

Because of this post, I am rewatching Christmas in Boston hahaha. What can I say, I am a sucker for a good Christmas romance.

How ‘Rebecca’ Set the Table for Hitchcock’s Hollywood...