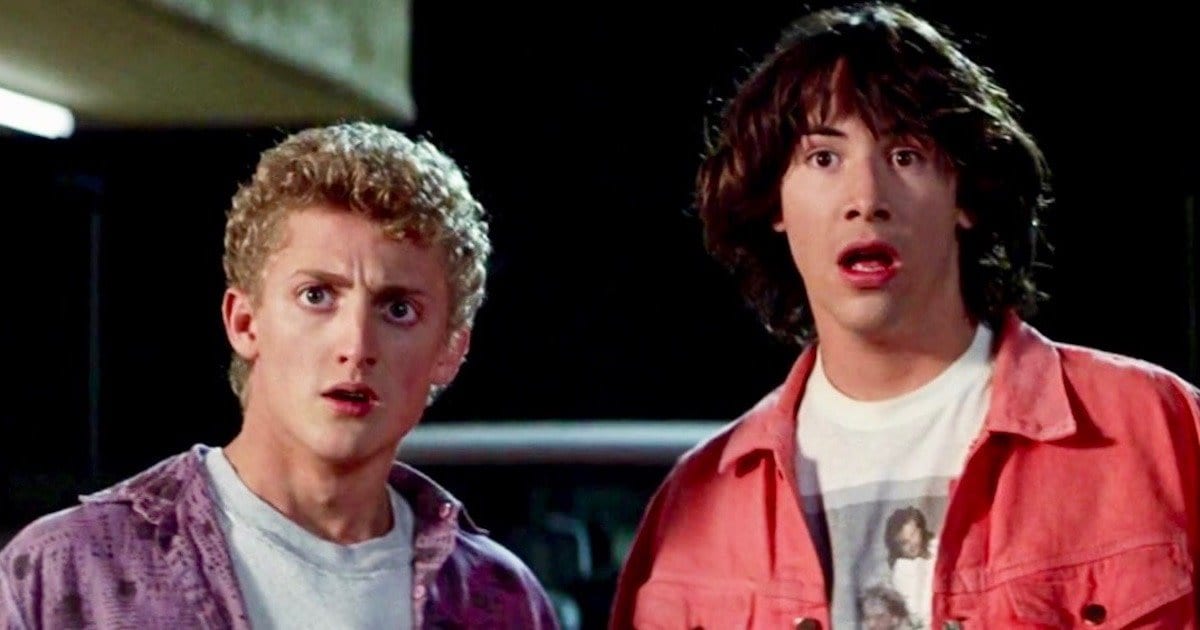 Excellent! It’s been 30 years since strange things were afoot at the Circle-K in San Dimas. Bill and Ted have reached a milestone anniversary and it’s time we gave them their due. No, this won’t be another article discussing the anticipated third movie. Instead we’ll be looking at how a simple quote from Bill and Ted’s Excellent Adventure is a core theme and an inspiring message: “Be excellent to each other. Party on, dudes!”

Two sentences convey a lesson that high-concept big budget dramas have tried to teach for years. Treat everyone right, don’t take life too seriously, and the world will be a better place for it. The fact that it comes from a pair of 80’s teens doesn’t diminish its meaning.

For those of you who don’t know, Bill S. Preston Esq. and Ted “Theodore” Logan are two high school musicians aiming for the stars. But their band risks permanently breaking up when Ted’s failing grades prompt his dad to send him to military school. Time-traveler Rufus (played by the very missed George Carlin) lends the duo his phone booth transport so they can ace the history report that will make or break their future. Bill and Ted have run-ins with many famous faces, and discover their band is part of a greater destiny than they could have imagined.

Be Excellent To Each Other

It’s appropriate that Bill and Ted’s mode of transportation is a Dr. Who-inspired phone booth. Like the good Doctor, the boys are travelers spreading hope and good humor through different eras in time. In the case of the sequel, Bill and Ted’s Bogus Journey, that also applies to the rest of the universe. Also like the Doctor, they pick up companions along the way and change their lives.

No matter where they go, Bill and Ted never stop being “excellent” to whoever they meet. Their kindness is repaid in turn. Take the scene where Billy the Kid recruits them for a poker game. They rescue him when things go sour, which earns them his friendship. Billy returns the favor by saving them from execution in medieval England. Bill and Ted show their passengers the best the “future” San Dimas has to offer. In return they get the best history report out of their class.

The boys know how find the fun in even the most dangerous missions. In keeping their spirits up they can turn a difficult situation into an excellent time. While rescuing the princesses, they crack jokes at their silly armor and re-enact some Star Wars.

Instead of bringing the historical figures to a museum or library so they can catch up with the times, Bill and Ted take them to the mall. Not bound by the limitations of their eras, they cut loose and have the time of their lives. By the end, the dour “So-crates” goes from questioning life to loving everything he sees.

Bill and Ted’s love of music is part of their motivation. It comes with their carefree attitude and helps them reach out to others. They win over Socrates by using “Dust In The Wind” as a metaphor for life. They take Beethoven along for the ride and he gets to indulge in one hell of a jam session at the mall. Rufus reveals that Bill and Ted’s band will align the cosmos so the whole world can party on in peace. Music is a uniting force, after all.

The pair’s unending positivity doesn’t waver under the enormous odds. Few take them seriously and assume their band is bound to fail. This immense backlash is the main obstacle the boys must overcome. The opening credits song is a grim warning about the futility of breaking from the bonds of fate. It sets up the stakes before we even lay eyes on Bill and Ted.

This oppressive pessimism is personified in Ted’s strict dad. He constantly belittles his son’s dream. He’s so ready to write Ted off as a slacker that he doesn’t even give him a chance to work on his report with Bill; when Ted comes home from school, he forces him to pack his bags. It’s not until he sees the rock concert report with his own eyes that he gains faith in his son.

A common complaint among even the most devoted Bill and Ted fans is why don’t they warn most of the figures they meet about their unpleasant fates. Lincoln, Socrates and the rest catch a rare glimpse of what is, from their point of view, a bright future. They can take comfort in the fact that they’ve made an impact on history. With this knowledge, they can leave their world a little better than it was before.

A Most Triumphant Future

Of course, all ends well, and even Bill and Ted are changed because of it. They realize the only way to achieve their dreams is by committing to them instead of sitting around. And as the film ends, that’s what they do. Rufus’ promise to the audience that “They do get better” refers not just to Bill and Ted’s music, but to the years ahead. As fun as the music, comedy and Keanu Reeves and Alex Winters’ performances are, it’s Excellent Adventure‘s inherent optimism that brings me back time after time.

It gives me hope that there will be a time where everyone is excellent to each other. Where princesses won’t have to bow down to royal ugly dudes. Where the future is in the hands of hopeful, compassionate youth instead of cynical old men stuck in a rut. But most importantly, where anyone, even two goofy teens, can change the world for good.

I would close this article with a repeat of the quote, but instead I’ll leave you with this snippet from the film’s theme song, “In Time”:

In time, we’ll be dancing in the streets all night

In time, everything will be all right

You and me, yes I know we are. 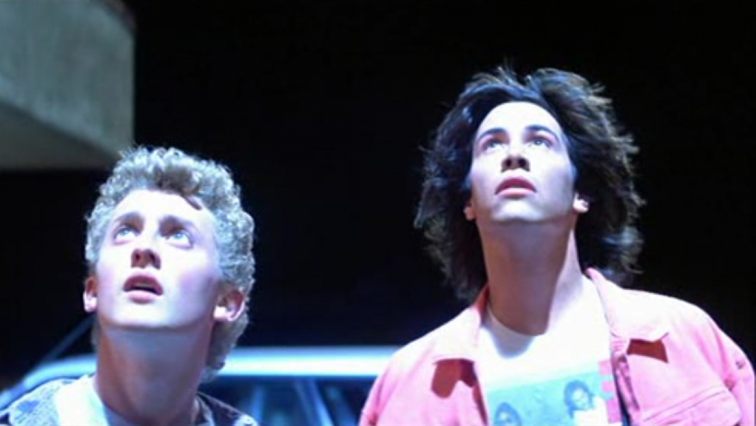 Thank you for reading! What movie quote holds a special meaning for you? Comment down below!

[…] Thanks to a helpful time-traveler named Rufus (played by the late and immortally great George Carlin), the duo was able to travel through time, assembling a group of historical characters to unite […]

‘The Midnight Sky’ Reaches for the Stars But...