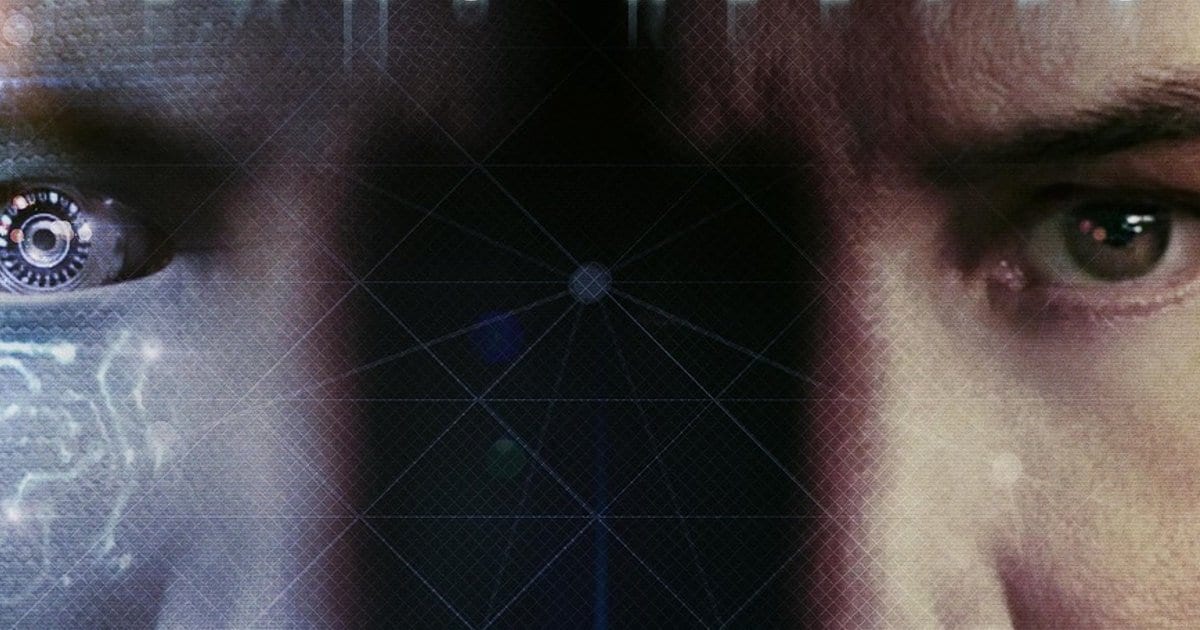 Knock Knock, Exposed, The Whole Truth, To the Bone, Siberia, and Destination Wedding. What do all these movies have to do with each other? They date no earlier than 2015 and you’ve never heard of them. With the John Wick franchise, Keanu Reeves was onto something…until you start to take into account the rest of his filmography. Replicas is the newest member of the club.

William Foster (Keanu Reeves) is a scientist who specializes in bringing people’s consciousness into clones and androids. His experiments are unsuccessful, putting his company in a bad financial position. Yet none of this stops him from having a private life of his own. He has a wife (Alice Eve) and three kids he cares for deeply. Both these walks of life clash when a car accident kills all of his family members, putting Foster in a position where he has to clone them and bring them back into his existence.

The studio behind this project entitled Entertainment Studios Motion Pictures — yes, that is their actual name — is in dire need of help. Their journey began in 2017 with six films distributed and, as of today, none that have grossed over $62 million — five of which were box-office bombs. A personal grudge of mine against them is their failure to capitalize off of their critical success of Chappaquiddick for awards season. If you haven’t seen that movie, please make that your top priority.

How haven’t they gone bankrupt yet? I have no idea. They have four movies coming down the pipeline which means they aren’t leaving any time soon, but Replicas is another one of those cases where you question the people at the helm of the company. The movie was presented at a private TIFF 2017 screening, so it’s clearly been on the shelf for quite some time.

To no one’s surprise, the movie turned out to be a box-office bomb in its opening weekend. The next bet for the studio is a sequel to 47 Meters Down, their only successful film. Because we all remember that recent classic? Well, I can’t say they didn’t do this to themselves.

Keanu Reeves and His Non-Character 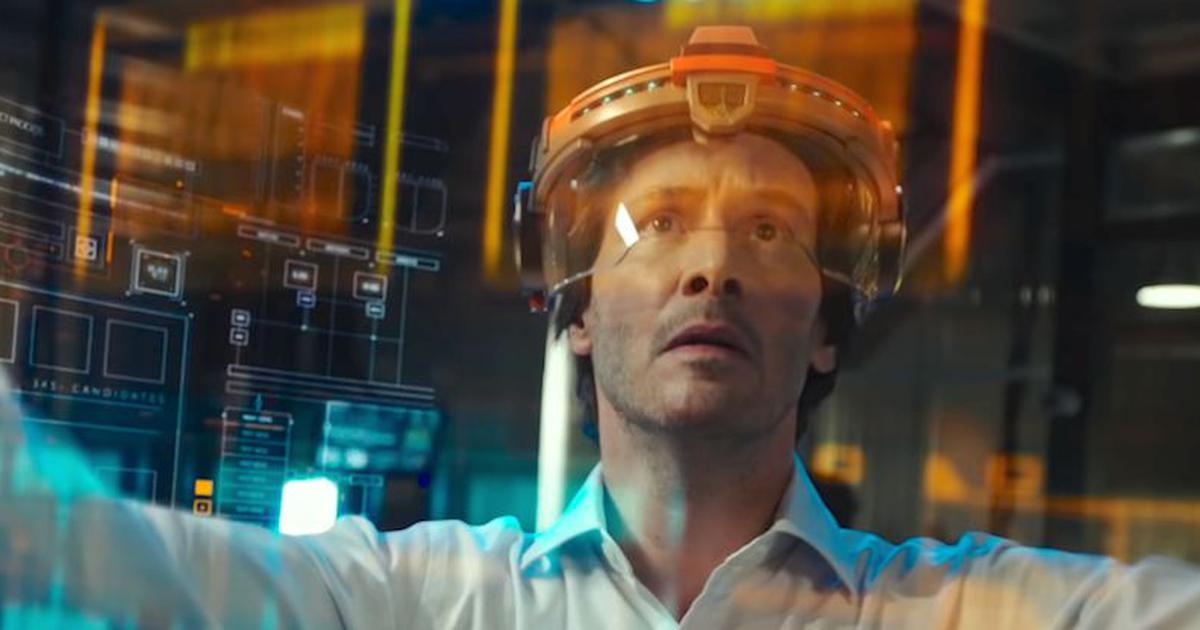 Replicas is filled to the brim with uninspired characters, and the greatest detractor is the one at its forefront. You don’t care for William Foster because he’s nothing but your stereotypical scientist with family complications that aren’t actually there.

He struggles to make his experiment work; he has a loving family; and they conveniently die and he creates replicas of them. Sounds like the best setup for a hero gone crazy, but in this story, morals don’t matter. The conversation about where he draws the line is brought up only so that it wouldn’t get brought up later.

Creating carbon copies of your loved ones is a major choice someone wouldn’t make on a whim. The movie tries to play around with serious subject matter and does so without recognizing its crucial topics. It rejects those valuable questions and settles for other conflicts that come out of left field.

Keanu Reeves reminds us why he isn’t much of a dramatic actor in Replicas. Most of his lines are flat, conveying no range in emotions. He recognizes the death of his family and he’s supposed to feel tramautized, yet there’s no pain in his performance.

I guess the characters, in general, have no feelings that would properly correlate to the preposterous situations they find themselves in.

The Story Makes No Sense and No One Cares 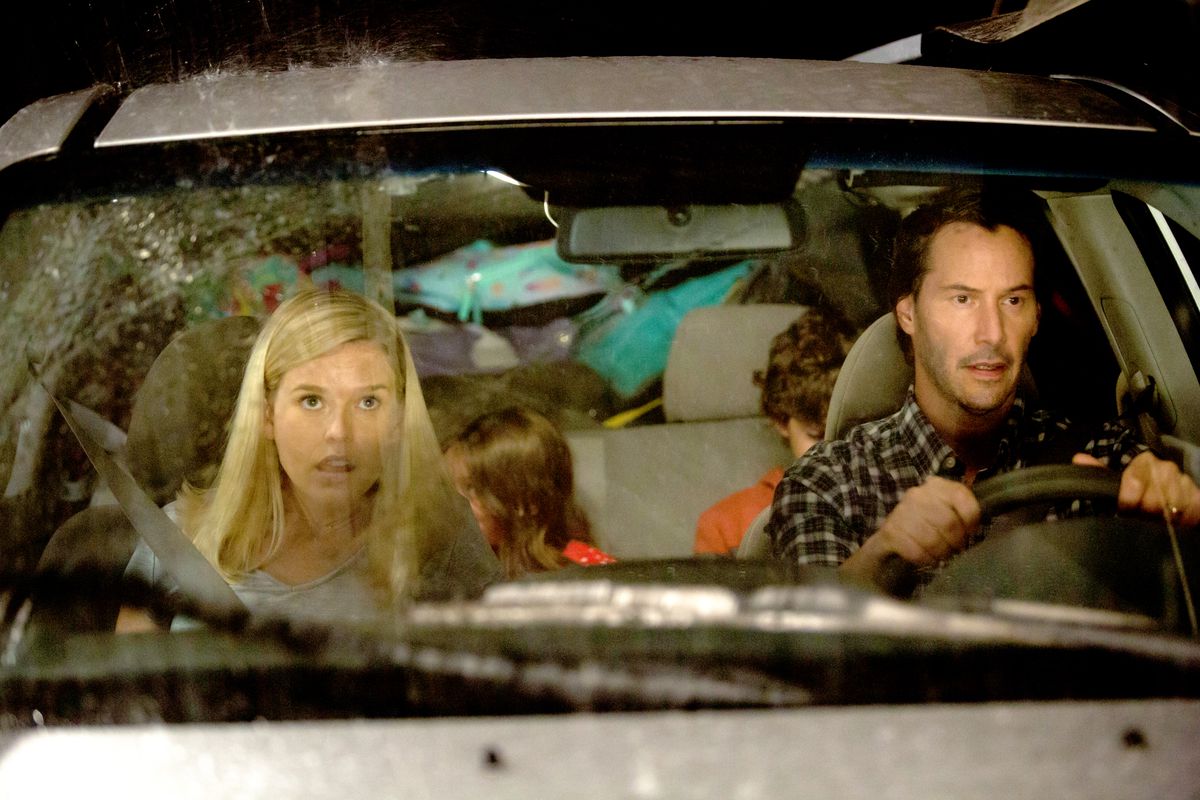 The script lacks both logic and tension. Many of its factors simply don’t add up or make sense. The decision-making doesn’t belong to the characters, but the screenwriter. Instead, we’re treated to choices that sacrifice sensibility for the sake of drama.

Tonally, there are too many inconsistencies. For example, something that’s meant to feel as tragic as the death of a family results in laughter by the audience (me, specifically) because of its predictability and convenience. The deaths in this movie as a whole try to feel unexpected, but in execution play out on cue as seen in many comedies. Subversion of expectations at its worst.

The story introduces too many new plot points out of the blue. There’s so much of it that nothing important resolves while the inconsequential additions do. The movie is a waste of time in regards to understanding and grasping its core ideas and narrative.

I could go on about how flawed this movie is in all these areas, I’d only be pointing out the obvious. I wish there’d be more interesting things to criticize Replicas for. You’d think after so many terrible movies people would know what not to do on a basic level.

By the end my expectations were set so low, the nonsensical conclusion didn’t bother me as much as it should have. Everything wraps up in a nice convenient bow in hopes of inducing shock value by following it up with a twist that, very much like a good chunk of the rest of the movie, serves no purpose.

Down the Rabbit Hole, We Go 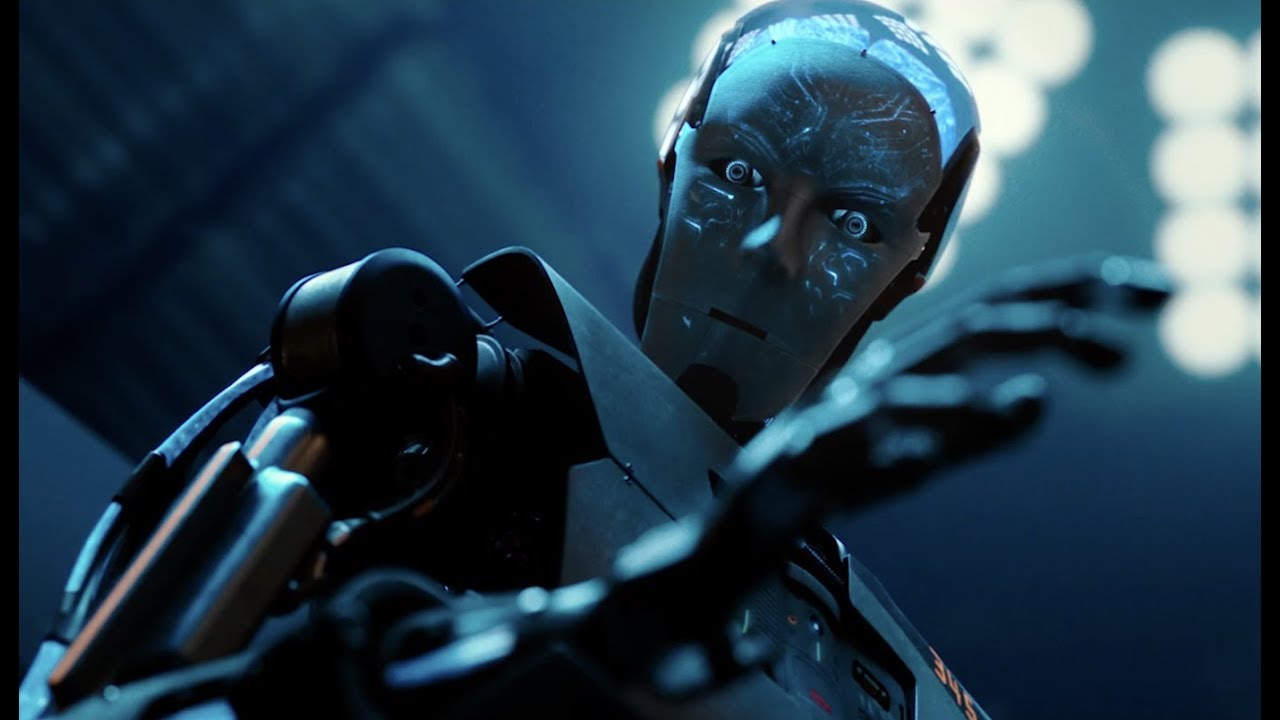 My chuckles didn’t stop at character deaths. We also have basic cinematography, inappropriate character interactions, limited yet terrible visual effects, awful sound design, and drawn out sequences that come out of nowhere. Only with this much lack of self-awareness can something so bad see the light of day.

Replicas in many ways talks down to its viewer through two things. One of those is lines of expositional dialogue that rivals the recent Mortal Engines. The second way is through its overall presentation. The story structure is too simple and the events held together with an elementary understanding of storytelling. The inclusion of pseudoscience as a means of grounding the world only added to the slew of problems.

Now, as hard or awkward it might be to say, Replicas isn’t all terrible. Thomas Middleditch’s performance was noteworthy. Don’t get me wrong, the character is just as bad as the others. I’m solely talking about the actor who seemed the most natural in all the mess around him. Maybe it’s because he didn’t fit in with the rest he ends up being the only welcoming trait.

Replicas is like that one kid from your class who thinks he’s smarter than he actually is. From start to finish you’re accompanied by nothing but pretentiousness. No attempt at something deep, twisty or dark will save it from its colossal misunderstanding of its own subject matter. There’s nothing this movie excels in, unless you count stuffing in as much fluff as one possibly can. 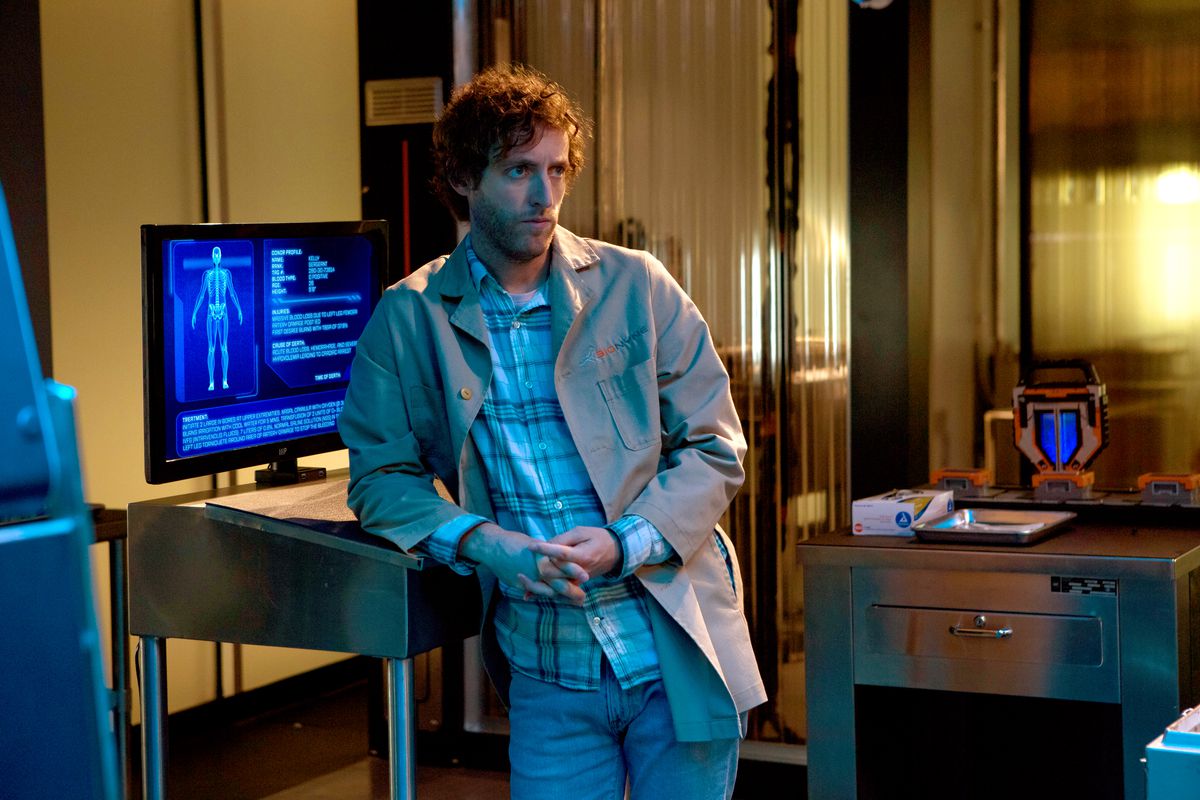 image via the Verge

Thank you for reading! What are your thoughts on Replicas? Comment down below!

[…] moves back to the format it introduced us to in the first film. Cole’s teen friend Melanie (Emily Alyn Lind,  who we know as Cole’s neighbor from the first movie) invites him for a camping trip along […]

I agree with your review and thank you for exposing it all.
I’ve always wonder why Keanu keeps being cast in major roles when he delivers such terrible acting. Deep down I’ve always suspect it was because he pays for it.

He must have total power of decision and can mess with script, cast, etc, so to disguise his limitations in performing and delivering big lines – witch he cannot.

So thanks for that intro – very appreciate it. One needs to know who-is-who so one understands why shit movies like this one keeps popping up. Is the second terrible Keanu movie I’ve seen in a row. (The other was EXPOSED – witch I just check in IMDB and Keanu’s name has been conveniently mentioned in a “first billed only” cast list).

Thomas Middleditch gave the longest and more emotional dialogues in this movie. Without them we wouldn’t care even more about William’s family ordeal scenes or understand what his intentions were. He explained them for the audience and made half the movie.

I think K. Reeves should stick to action movies because that’s where he excels at. If he wants to persue more dramatic role, have a break from movies and take up acting classes. It worked out great for Josh Brolin.

I’ll be sure to give this one a miss!