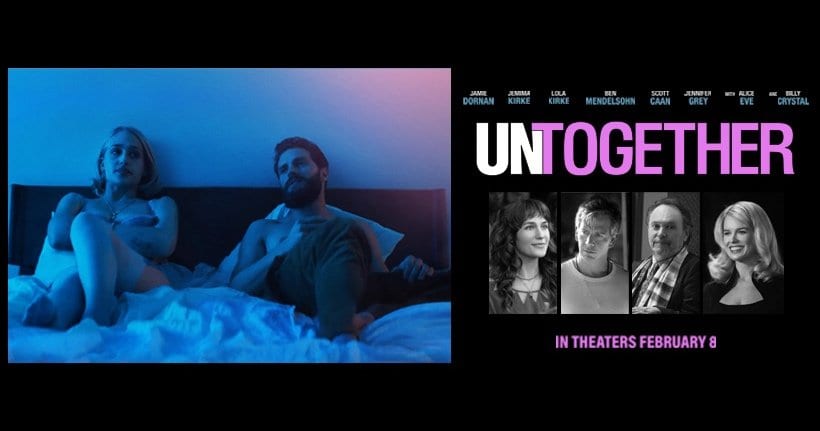 With a distinct lack of romantic movies to drown myself in this Valentine’s Day, I decided Untogether would just have to do, even if the title sounds distinctly unromantic. I was not expecting much, given the dismal 35% on Rotten Tomatoes. While Untogether does come across a tad bit disjointed at times, the cast saves it from being less than mediocre. It is a decent movie to spend your time on, though it is more of the Netflix-and-chill variety rather than trip-to-cinema worthy.

Andrea (Jemima Kirke) is a writer who hit the big time when she published her debut novel. While her novel was raved about and critically acclaimed, her own life took a dive as she got caught up in her addiction. Now, years later, she has finally reached a point of sobriety. She strikes up an affair with Nick (Jamie Dornan), a doctor-turned-writer who has recently published his wartime memoir. At the same time, her sister Tara (Lola Kirke), a massage therapist who is dating an aging rock star/day-time painter named Martin (Ben Mendelsohn), finds herself committing with renewed zeal to her Jewish faith, though we wonder if it is the religion that draws her in or the politically engaged rabbi (Billy Crystal) attached to it.

There is quite a bit of 6 degrees of separation going on in this film. You might have put it together (I didn’t even mean to pun) from the names, where lead actresses Jemima Kirke and Lola Kirke are real life sisters. Jemima was responsible on getting her sister in on the project after she was brought on. Ben Mendelsohn, who plays Lola Kirke’s older beau, is actually director Emma Forrest’s ex-husband. Her directorial debut is inspired by her relationship with Mendelsohn.

Much like Andrea’s relationship with Nick, Forrest’s relationship with Mendelsohn also blossomed from a one night stand that she couldn’t let go off. She started writing the script after they got together, and when she began this project, Mendelsohn said he would play any part she needed him to play. The pair announced their separation after filming wrapped. It all sounds incredibly dysfunctional and healthy at the same time.

Jemima Kirke and Jamie Dornan are Mesmerizing to Watch

I have adored Jemima Kirke ever since I saw her performance in All These Small Moments. She has all these subtleties as an actress that make her so compelling to watch. Kirke and Dornan have fantastic chemistry together, which is a good thing, since that helps give the movie momentum. While I enjoyed Dornan’s performance, I do feel he has been type-cast a bit. His characters develop such unhealthy relationships with women. In TV series The Fall, he is a serial killer who preys on women; for Fifty Shades, his relationship with Anastasia is controlling and possessive. In this film, he doesn’t want a relationship, just sex, yet says things like “Do I own you yet?” He is an amazing actor when given the right project (Fifty Shades was not one of them), but I would hate to see him play the same sexy, messed-up type of guy, even if he is very good at it.

Kirke and Dornan’s coupling is the best part of the movie, given the very contrasting nature of their characters. She is an open book, while he barely readable. After their first night together, she sneaks away with his shirt, occasionally taking it out to smell as she types away at her laptop, or wears it as a nightie when she feels like it. We wonder if she is drawn to him because of his memoir, the same way the random women who approach him are. In comparison, he doesn’t seem to remotely return her interest, besides his eloquent proclamation of “I fucking love fucking you”. Yet he begins to read her book, which we could chalk off to mere curiosity, though it does feel like it could be more.

Their bodies are revealed to us in this sexy velvet blue type of lighting, which feels seedy but also exciting. The camera plays particular attention to Kirke’s body, especially with her character’s proclivity for vintage styles of underwear. But this is all lovingly done, with none of the lewd type of objectification women’s bodies have been reduced to on film. All their lovemaking sequences are just incredibly sexy, because it is not just sex. Forrest fills these moments with laid back conversation, which enhances the intimacy the two experience.

The Other Narratives Fall Flat 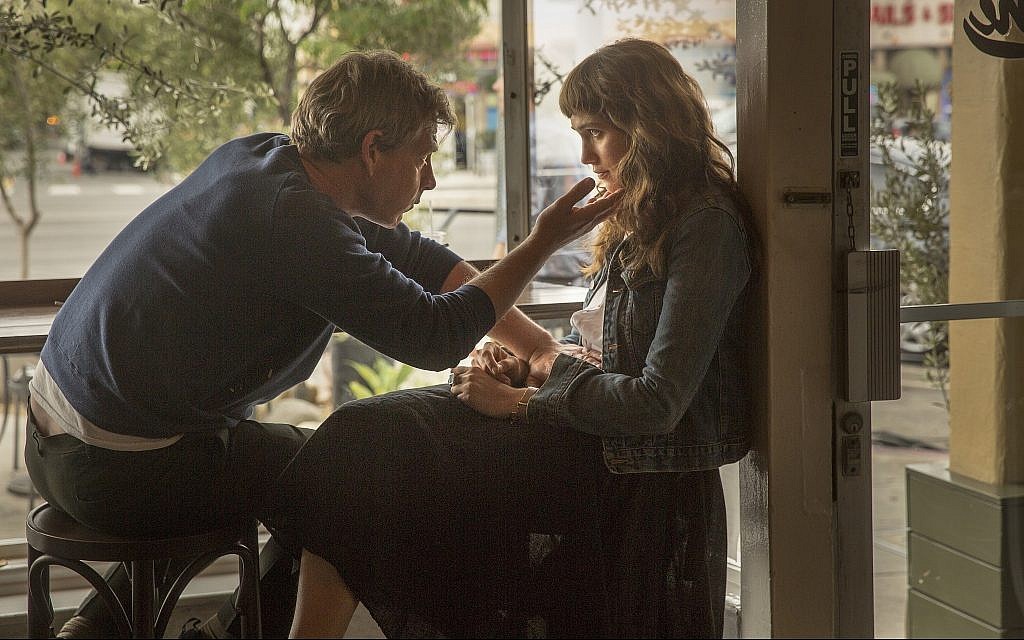 Image via The Times of Israel

Unfortunately, the daddy-issues narrative of Tara and the rest of the gang doesn’t pan out in a good way. During Tara’s massage session with the rabbi, their conversation convinces her to try to find a connection to her Jewish faith. After her first time at the synagogue, there was a weird kind of vibe between her and the rabbi, and I just knew something was going to happen between them. This is cemented by her having a much older boyfriend, who dotes on her very much like a father would.

There is this scene in the movie where Tara wants to go to the toilet, and Martin points out the toilet to her, but because he is the one who painted the sign, she refuses to go, much like a stubborn child. She ends up peeing in her pants for her obstinance. It is just so bizarre to see a grown woman behave like this. Of course this is meant to be a way for us to see how Tara chases these relationships with all these men because of her own relationship with her father, whose death she has still yet to accept.

Mendelsohn’s character kind of dawdles along, until he gets on stage. Suddenly he transforms into a legitimate rock star, with the perspiration to show for it. Then he is back to grovelling at Tara’s feet, which doesn’t make sense to me given her own temptations. They are the most untogether pair, and the treatment of their characters is meant to reflect the growing disenchantment that emerges the longer you are with someone. We see a glimpse of this in the rabbi’s relationship with his wife as well. His dissatisfaction with his personal life is perhaps why he is so active in the political scene, though this activism fails to have the reach he desires.

There are a few revelations in the film that caught me off guard, which I will leave you to discover for yourself. These revelations add further depth to Andrea and Nick’s relationship, as well as offering insight into the world of writing. What does it mean to be a writer? Andrea feels Nick is not a writer, he just got lucky in experiencing something that could be written about. A true writer does write from experience, but this experience is buoyed by his/her imagination. This is why Andrea finds herself going through a dry spell in her sobriety, since there is nothing to draw from. It is only after she meets Nick that her pen starts flowing again.

You see, even in my final words about the film, my attention is drawn to Andrea and Nick, because the Tara-Martin-Rabbi narrative just feels so unsatisfying. However, this is Forrest’s first time as a director and screenwriter, so I think that over time, she will learn to find more balance in her script-writing and flesh out her supporting characters a bit more.

A detail that I liked was all these actors speaking in their natural accents. It was especially refreshing to hear Dornan let loose his Irish lilt after it was caged for so long in the god-awful American accent he put on for Fifty Shades. This allowance made for more authentic characters, even if none of them are very likable. 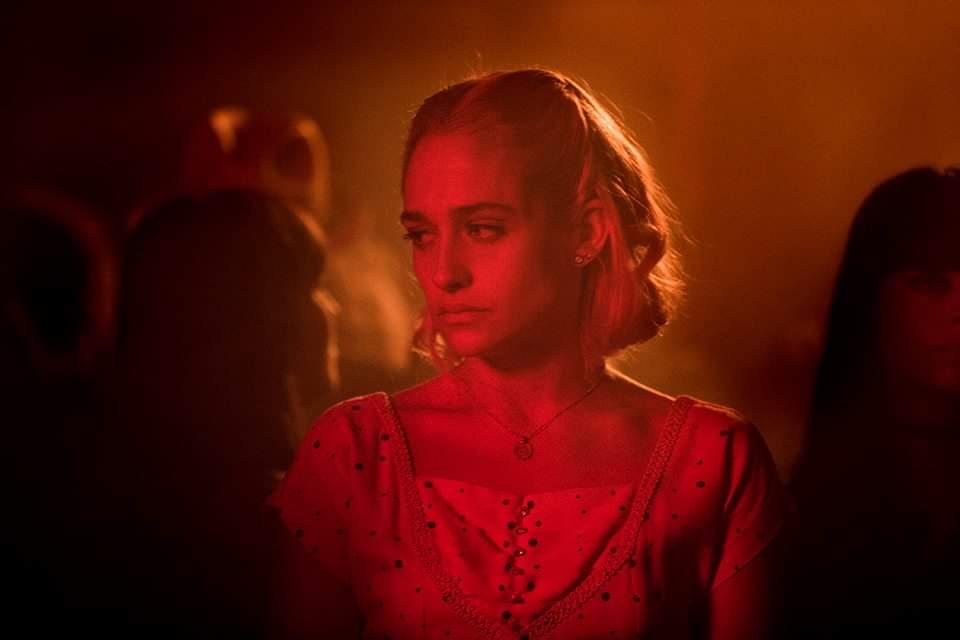 As a fan of the romance genre, I am glad I got to see something a bit different from the usual spiel we get at Valentine’s Day. It is a perfectly serviceable movie; a bunch of good-looking people adrift and looking to connect, what’s not to like? If you want a superficial reason, there are quite a few shots of Dornan’s derriere in the film, as well as lingering shots of Mendelsohn’s neck, if you’re into that. The Kirke sisters’ bodies, and in particular their asses — as Forrest put it, “are just so beautifully lit”. I guess I just wish the movie had a bit more heart.

Thank you for reading! What are your thoughts on Untogether? Comment down below!

Despite the beautifully-lit buttocks, I think I’ll have to give this one a miss.