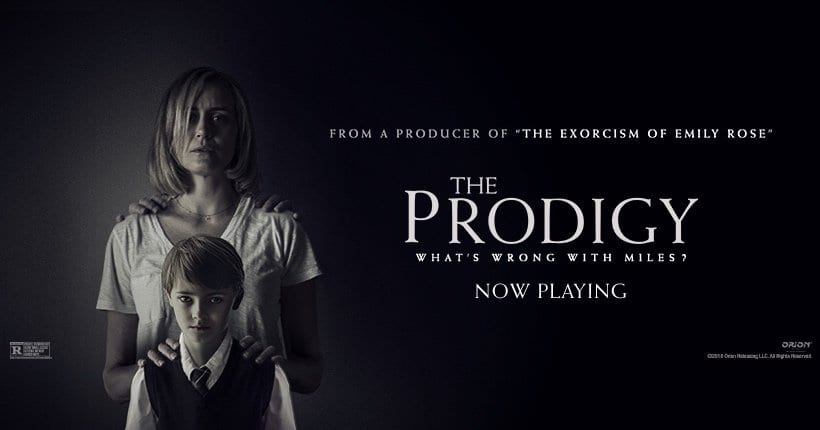 The early year, low-budget horror movie is starting to become too trendy for its own good. Don’t get me wrong, this is a tried and true formula that has brought about a lot of financial success, so much so that we are seeing more and more of these films each year. Soon enough a major piece of the formula will no longer be applicable because there will be far too much competition in the form of a similar style movies. The Prodigy is another movie looking to capitalize off this formula and was released between two other movies looking to do the same thing, Escape Room and Happy Death Day 2U. Success is really a low bar for these types of movies. Generally one of three things will make the movie good enough and lead it to enough money to be deemed a success. Unfortunately, The Prodigy isn’t scary, good or fun and that made for an underwhelming experience.

Early on in parenthood John and Sarah (Peter Mooney and Taylor Schilling) realize that there is something very special about their son, Miles (Jackson Robert Scott). He is very advanced, he does things — like talk and solve problems — at a far accelerated pace than his peers. As he gets older, the Blumes do what any good parent would; they explore their son’s giftedness. Along with Miles’ giftedness there are also some disturbing signs that lie underneath his sweet exterior. Strange things start to happen to and around Miles. Sarah is forced to look for the cause, which leads her to the choose between the boy that she’s loved and the belief that something supernatural has taken control of him.

I have a confession: I’m a horror fan that doesn’t like paranormal horror. I feel like a unicorn in modern horror because I love the genre so much but I’m immediately turned off to most of what it has to offer. My second confession is that I don’t watch trailers. Most of the time this isn’t a problem. It only becomes one when scouting horror movies. The combination of these two things created an uneasy feeling going into The Prodigy. I didn’t know what to expect, so I anticipated the worst. All my concerns were satiated within 10 minutes because not only is The Prodigy not paranormal, it’s also not very good.

The best horror movies don’t simply “scare” you; they unnerve you. They are terrifying and uncomfortable. Whether that be through imagery, action or situation, “scared” isn’t really the goal, it’s to present something that is unsettling. This is The Prodigy’s biggest blunder. Nothing that is presented throughout the movie is all that unsettling. Time and time again it settles for the easy way out with cheap “scares”. The cheapest of all scares is the jump scare. The Prodigy relies on this tactic too much and that reliance made the whole movie ineffective. A good example of this is when Sarah wakes up from a nightmare (that also featured a jump scare), she finds Miles standing in the doorway. This is meant to startle you after having just been startled by the nightmare. However, it was wholly unoriginal and predictable. All of the sting was taken out of the scare and you’re just left hoping for more. Unoriginal and predictable is a good way to sum up the horror in The Prodigy.

An important element of this style of horror movie is the kid at the center of it. Creepy kids are always good for some unnerving horror; I know this because I teach middle school. This is also a well that is used too often by the genre. It depends a lot on the kid to be creepy, which in turn becomes the sole expectation of the actor. Jackson Robert Scott was not able to effectively pull this off and that tanked the whole experience. He spent most of his time in the shadows and just staring at people (mostly Taylor Schilling). Fear is not what I experienced from this. The feeling was more akin to disappointment. If he is creepier by a fraction of a percentage point then the movie as a whole is more effective. Instead it’s another element that feels bland and uninspired.

For a horror movie to be effective it doesn’t need a great plot; it certainly helps but it’s not a necessity. All the viewer really needs is to attach itself to something substantial. This could be a relatable or fun character, an element of the story that is interesting or a compelling plotline or conceit. The Prodigy was sorely missing any of those things. There isn’t much of a story at all. We meet the central couple right before labor and then we get a montage of Miles as a baby on the way to where the story takes place with him as a young child. There are no real details given throughout this whole time except that Miles is exceptional, which we should have gathered from the title. I’m not asking for a Tarintino-esq screenplay here, just a story that is functional. It feels more like an elevator pitch than an actual story, leaving me with nothing to grasp on to.

The poor writing effected the movie’s lead, Taylor Schilling, in the worst way. I am a fan of hers. I watched a few seasons of “Orange is the New Black” where I found her to be fun and interesting as a performer. There was some excitement to see her in the center of a movie because that would leave plenty of room for her to work and strut her stuff. Unfortunately none of her charm from “Orange is the New Black” was carried over. Her lack of charisma could be chalked up to the writing but it was still disappointing to see her give such a flat performance. This is found most in her chemistry with the other actors. None of the on-screen relationships felt real in any way, especially with her husband played by Peter Mooney. Their time on screen together felt cold and I didn’t buy their relationship for a second. Taylor Schilling could have saved this movie, which to be fair is a tough ask, but I couldn’t buy anything she was selling. 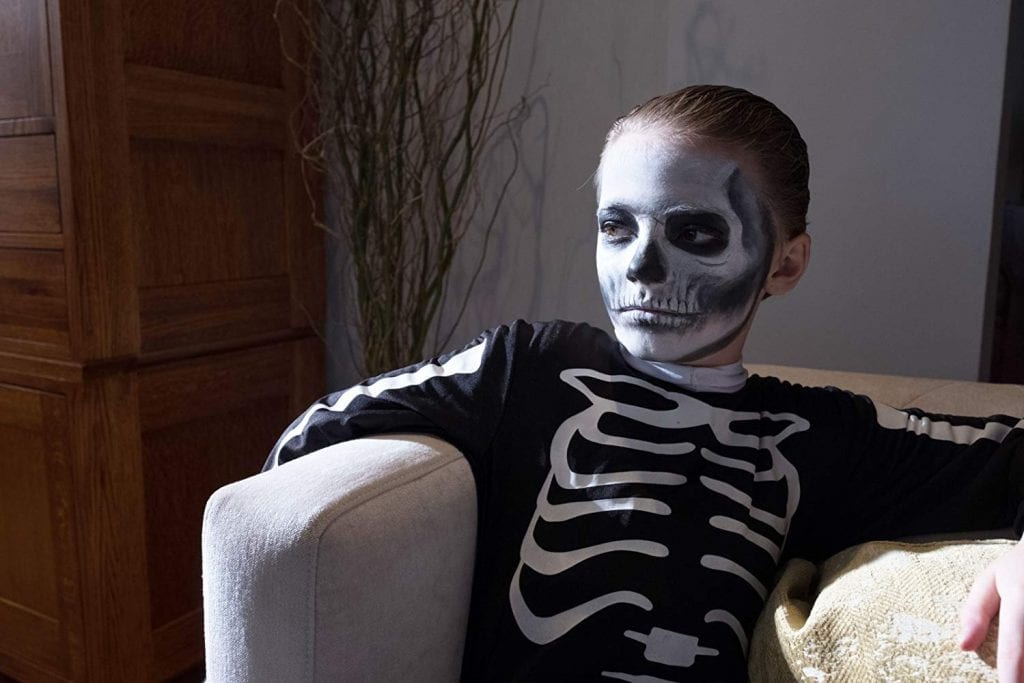 The Prodigy didn’t come together in any way for me. It wasn’t good enough to be so self-serious and there wasn’t enough horror for it to excite. Overall, there just wasn’t very much there. The good thing with the low-budget horror trend is that there is no need to take a risk. You can easily pass on The Prodigy to find a better version. You won’t miss anything.

Thank you for reading! What are your thoughts on The Prodigy? Comment down below!

Grief-Stricken Grandparents Venture into Satanism in ‘Anything for...