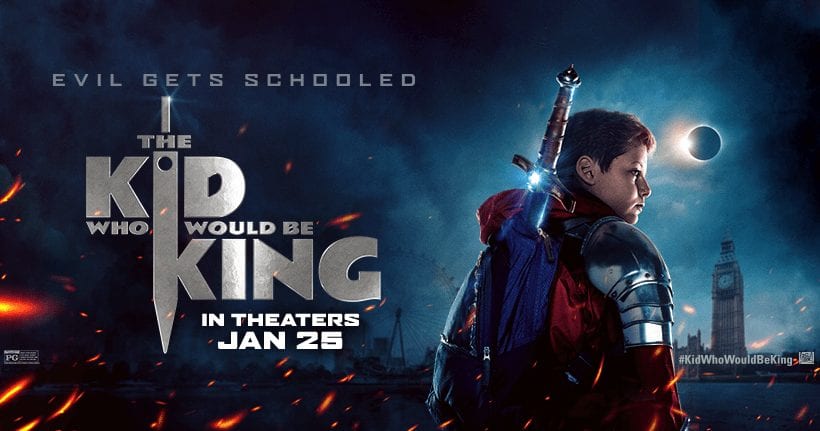 It is often said that children movies deliver the most impactful and poignant messages. This is usually tied to the latest Disney Animation or Pixar release, but it can be found true for a lot of the genre. Maybe it’s because of the simplicity of the message or because of the pure, untainted perspective of a child. Either way, I often find myself the most reflective after a great kids movie. There is a lot of value in looking at the world through a child’s eyes, mostly because of the purity that comes with it. As adults we are often tainted from negativity or hurtful experiences. This could explain the rise of such dark content across both film and television. Inherently there is nothing wrong with that content, it is birthed from a currently dark state of the world. However, it is also nice to step out of that and try to find some hope. The Kid That Would Be King is a movie that is full of that hope and it comes at the perfect time.

When Alex (Louis Ashbourne Serkis) stumbles upon the legendary sword in the stone, Excalibur, he must unite friend and foe for a quest to save London. As far as plots go, this is a generic one. It’s generic in about everyway a plot could be. It’s another retelling of the King Arthur story (in which there seems to be a countless number of), another story of a kid needing to team up with his bully to solve a greater problem. Another fantasy story that involves destiny and overcoming personal demons to save the world (or in this case just his country). With that being said, The Kid Who Would Be King never feels generic. That is one of the brilliant elements of the film. Writer/director Joe Cornish took a generic story and brought a freshness to it that was unbelievably refreshing.

At their core, most stories are generic. That can be covered up with good storytelling or unique elements that are added to the story, however. In the case of The Kid Who Would Be King the story is told so well that it never feels tired. Cornish’s storytelling does a great job with its foundational elements. This is first noticed because everything in the story actually makes sense (or as much sense as a fantasy story can). Cornish does his best to provide proper explanations as to why fantastical things are happening. Oftentimes fantasy stories rely on Deus Ex Machina moments or MacGuffins to get by; making the story feel implausible and convenient. Cornish doesn’t settle for those, instead opting to provide reasons for these fantastical elements. This is a small thing but an important one, and The Kid Who Would Be King is better for this choice.

Another foundational storytelling element present in The Kid Who Would Be King are set-ups and payoffs. Cornish does a lot of this throughout the film to good effect. An effective example of this is with the Lady in the Water character (not the M. Night movie). Alex explains to the group who she is and what she does, including that she can appear in any body of water. This seems like a rather innocuous exposition scene but is a set up for an important moment later on. The Kid Who Would Be King is full of set-ups and payoffs like this one, which make for a thoughtful and well-written story that feels complete.

Not Your Typical Fantasy Story 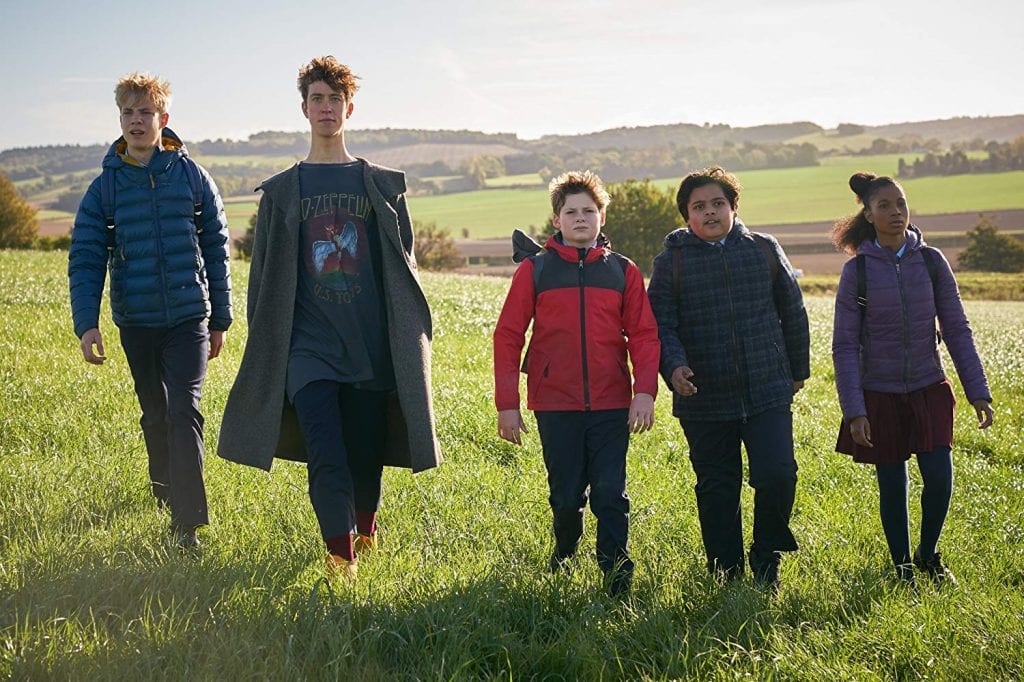 Solid storytelling makes The Kid Who Would Be King good, but it’s the themes that make the film great. All fantasy stories carry important themes for our real world in one way or another, and this film is no different in that sense. However, the themes are a bit different from traditional fantasy stories. Generally, there is destiny involved for the chosen one that derives from some sort of unknown family lineage. Cornish shows that idea, then completely inverts it in a very beautiful way. Alex isn’t a hero out of destiny or because of a great lineage, he’s a hero because he has a good heart. He treats people with love and respect, and that’s what makes him special. What a powerful message to deliver! You don’t have to be great or chosen to be a hero, you simply must have a good heart and treat people right. 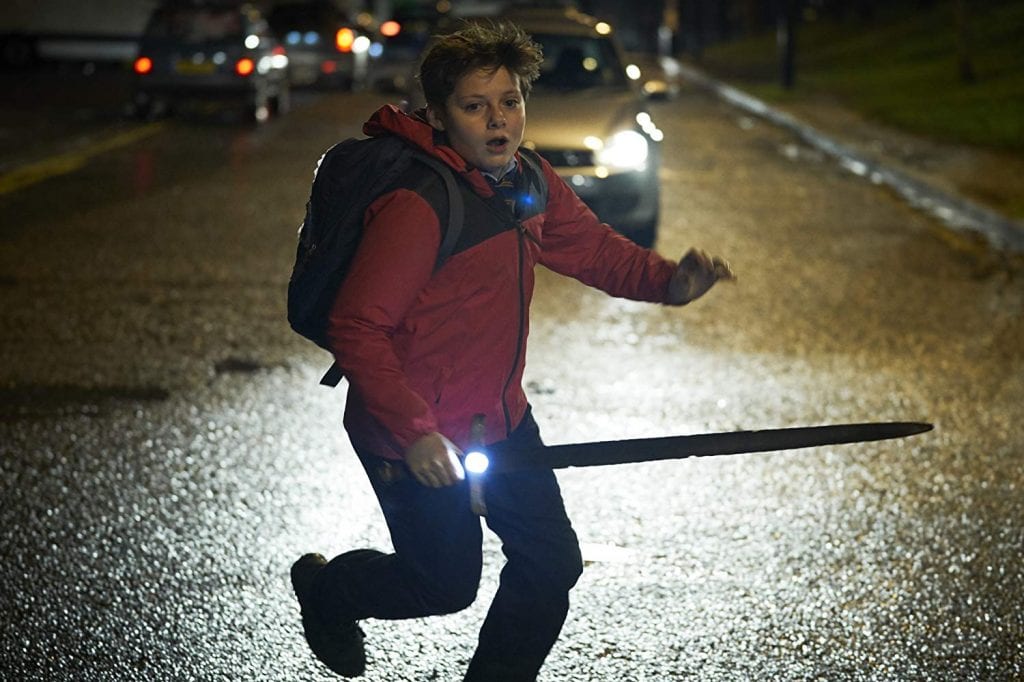 This message is taken to the next level when applied to the society. The Kid Who Would Be King is a film very much of this time. It shows how bad the world has gotten, and doesn’t shy away from alluding to current events. Instead of wallowing in that despair, it offers a solution, one that the film even acknowledges as overly simple; love overcomes. Alex must forgive his bullies, even though they give no reason to do so. They all must look beyond their differences to work together and do what is best for everyone. This seems like an incredibly idealistic solution that is more fantasy than anything else in the film, which is what may be the reason that it resonated so well with me.

It may be idealistic but that doesn’t mean it isn’t also right. Our foundation is crumbling underneath us because we refuse to look past differences to love and respect each other. It may not be the solution to all the problems but it’s a start, and one that we can all buy into. In a time that feels void of hope, The Kid Who Would Be King brings it in buckets. It’s full of pure, childlike hope, and we all need as much of that as we can get right now. 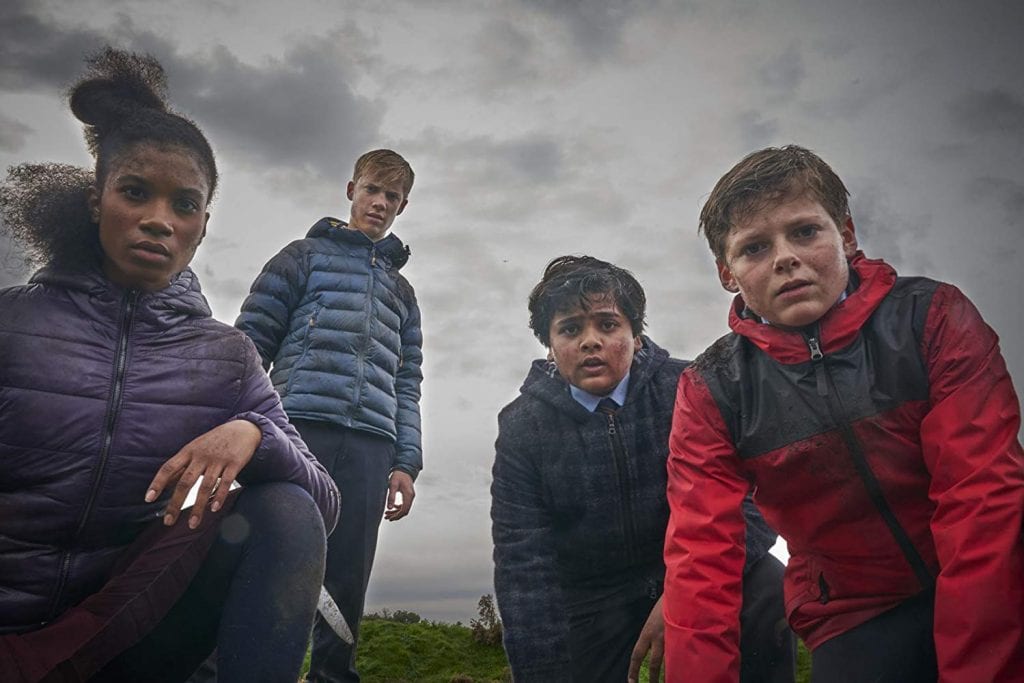 The Kid Who Would Be King surprised me, both in its impact and enjoyment. There is a lot of fun to be had with this film, as it taps into a childlike nostalgia that makes everything much more fun. The action is kinetic and quick, so you’re never bogged down by overdramatic fight sequences.

Pretty much everything about The Kid Who Would Be King works, but most importantly, you leave the theater with a smile on your face and hope in your heart. That is what makes it so valuable.

Thank you for reading! What are your thoughts on The Kid Who Would Be King? Comment down below!