I think every critic shutters a bit as the calendar turns to January. Just after seeing some of the best or interesting movies of the year in December as the awards push reaches its height, we move to January, or what many call the “dumping ground” for movies, a time when all the slop is tossed out into theaters in quick succession. It’s another example of the universe balancing itself out, I suppose. However, though it has many major problems, Escape Room isn’t a typically awful January film, and for that, I rejoice!

Six strangers are given the opportunity to win a large sum of money to take part in an immersive escape room. However, the group quickly learns that this “immersive” room isn’t just that. It’s deadly.

The strangers must solve each puzzle in each room…or die. But as their situation becomes more dire with every new room, the group is left to wonder: why were they chosen for this escape room in the first place?

Escape Room continues the trend of a high-concept or franchise-driven horror movies coming out on the first weekend of the new year. As studios have come to learn in the last few years, horror is arguably the most bankable genre; there’s always an audience for it and you can always produced them on the cheap. Even The Possession of Hannah Grace more than tripled its production budget late last year.

Not only is there a horror movie trend, but there’s even more to it. Take a look at the statistics below:

Movie: Paranormal Activity: The Marked Ones (2014)

As you can see, there isn’t much to offer in terms of quality for these films, but they’re always profitable in some sense. This bodes well for Escape Room which has a mere $9 million budget and performed well in Thursday night previews. I imagine with this continued success that this trend will only continue, and I’ll be back in 2020 to alert you of the same trend.

For anyone that has actually completed an escape room, I think you’ll find that the initial interplay between the group members in Escape Room plays out like a heightened version of the real thing. In each group, there’s always the person that has done WAY too many escape rooms; the person that gets far too scared with each sudden occurrence; someone who solves most of the clues; the person who thinks he or she is way too cool for escape rooms and doesn’t want to exert all of his or her energy; and the overly excited dad-type that tries to build team morale with a cheesy but kind disposition. It’s quite charming to see theses dynamics play out in these effectively elaborate puzzle rooms. It borders on farce at times as the characters becomes defined by their singular quirks, but I appreciate the thought.

Taylor Russell is simply delightful in the lead role as a nerdy college student that slowly becomes more extroverted. Her characterization of a bookworm — when given the space to act rather than simply react to the puzzle-infused chaos — is surprisingly nuanced, avoiding the pitfalls of the Hollywood version of an introvert when possible. She struggles with eye contact and speaking volume in a way that is instantly endearing and cute. You want her to survive — unlike the feeling you normally have for characters in lackluster horror films.

If Escape Room succeeds at anything, it’s that it makes you incredibly antsy and nervous. I think there’s enough effort put into these characters to make it so that you have some care if they die or not — the movie is clear about which characters are sympathetic and which are complete assholes. For a movie that’s all about crafty death machines and puzzles, characters acting as conduits for those stresses are enough. (Would you ever walk into a movie entitled Escape Room and expect Oscar-level character work?)

Escape Room reaches the minimum required level of investment, making these puzzle rooms totally engrossing. Each one of them is completely different, and each have different mechanisms for torturing and testing these characters. Escape Room operates with breakneck speed, moving from one set piece to another in a flash. Once the mayhem begins, there’s no letting up. I suspect that many will have a blast with this movie for that reason. If it manages to suck you in, you are 100% in for the entire time. With such a strong combination of nonstop tension and intricate room designs, Escape Room works really well as a suspense exercise.

Still, I find myself endlessly frustrated with Escape Room. When it works, it really works. But when the sheen of terror wears away and you start to dissect the logical leaps made, you realize that the foundation of Escape Room makes little to no sense. As with any of these high-concept terror films that trap strangers in a cruel game of life or death, there’s always some sort of greater meaning for why it’s taking place. Most of the time, these explanations are horribly lame and illogical — Escape Room‘s reasoning falls into that camp. The actual logistics of it all are essentially impossible and incoherent. Honestly, the logically leaps are baffling at times.

The most egregious offender is the third act which peters out to one of the lamest endings of 2019. (I’ve seen into the future, and I already know that it’ll be among the most unsatisfying endings in film this entire year.) It almost ruins all of the goodwill built up to that point.

I’m not asking for much when it comes to a movie like Escape Room. But when the internal logic of the film is thinner than wet tissue paper, we have serious problems. 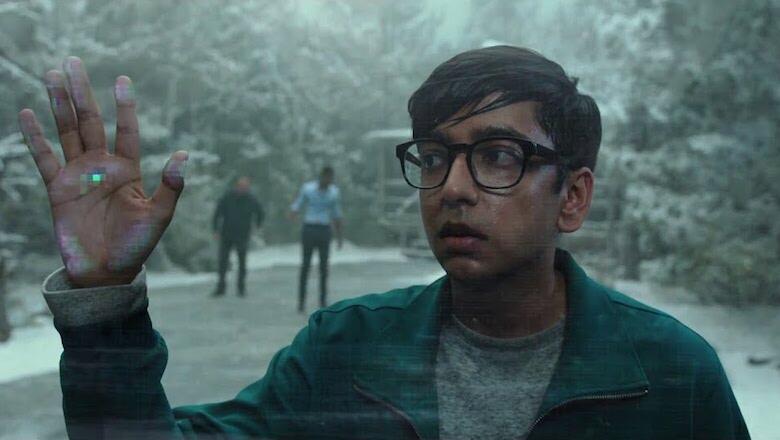 I’m so torn on Escape Room. It’s a thrill-a-minute experience that has so many neat and intricate details that are both fun and tension-filled. I’d be lying if I said that I didn’t feel perpetually uneasy by its sequences — I think that many people who focus on these pieces of Escape Room will leave the theater happy. Still, I couldn’t help but be frustrated by this movie’s annoying and illogical choices.

One of my favorite fellow critics is William Bibbiani — you should seek out his writings and podcasts if you don’t already do so. He likes to use the term “four-star, three-star movie” when a movie doesn’t have high aspirations but does what it set out to do exceedingly well. In the case of Escape Room, I think this is a four-star, two-star movie. It’s probably not a good movie, but man is it watchable!

Thank you for reading! What are you thoughts on Escape Room? Comment down below!

‘Drive My Car’: A Deeply Human Reflection on Grief...

Does the production budget include everything? I thought just the marketing of a movie alone costs millions. This movie is extremely profitable. It’s going to clear more than $100 million. It is unbelievable how profitable these tiny budget pictures are. It’s a wonder the studios will shell out for big budget films. If 10 of these little films could rake in $1 billion, what incentive do I have to risk $200 million to make Black Panther? I think Panther is at $1.3 billion now, but what if it had been a flop? Low budget horror is where it’s at. Low risk, high return.

The production budget doesn’t include everything! There’s always the extra costs of marketing, points given to people who worked on the project, and other various costs, but that’s why there’s a 2-2.5 multiplier rule when it comes to judging whether or not a movie is financially successful. It’s a standard that a movie has to earn 2-2.5 times its production budget to earn a profit, although that measure does skew at times as you might imagine with other factors involved. But that’s one of the reasons that the production budget is always reported — it’s the easiest and most readily available metric to offer! Hope that helps! :)

And yes, you’re certainly right about low-budget horror! But also, if a massive tentpole project hits, it can fund dozens of smaller movies that can in turn break out and earn the studio lots of money. It’s all about assessing risk.