After 10 Years, is ‘Knowing’ an Underrated, Entertaining Gem? 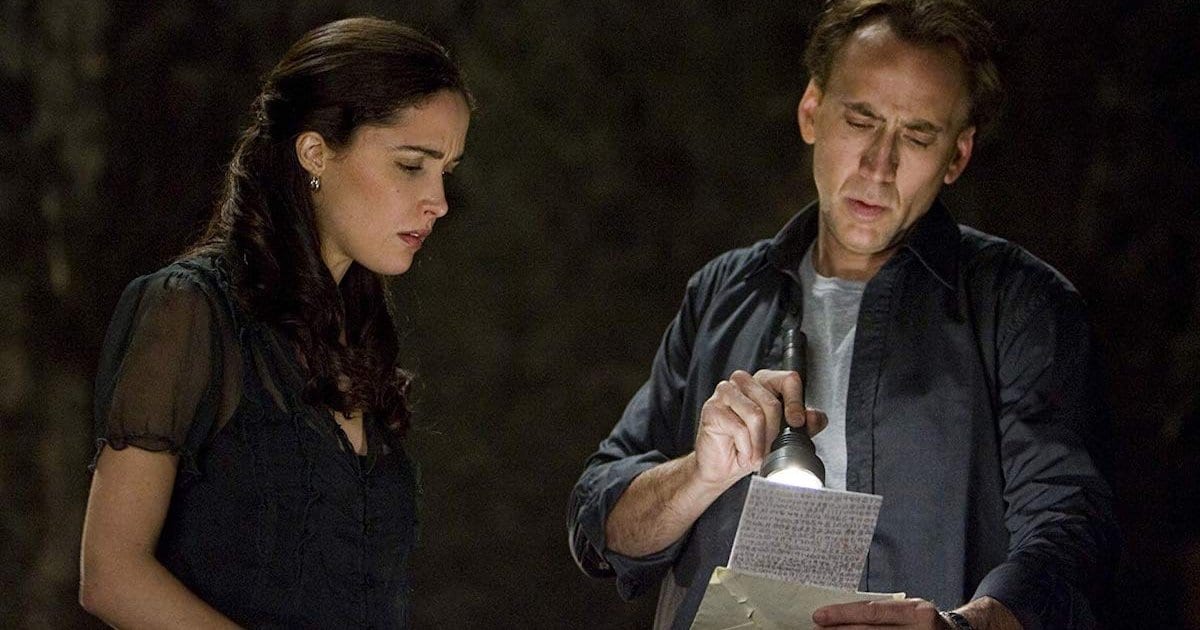 It’s hard to believe that it’s been 10 years since Knowing first appeared on the big screen. If you asked 15-year-old me what he thinks of this flick, he’d tell you that it’s an excellent movie. For writing this piece I decided not to trust my memory. Instead, I re-watched Knowing with a fresh, and hopefully more mature mind. Having checked other websites such as IMDB and Rotten Tomatoes, it seems that Knowing scores fairly average, at best. So, has Knowing aged like milk or whisky? Let’s take a look! (And here’s your SPOILER alert!)

The Premise  of Knowing

Just in case you need a quick reminder of the plot, here’s the overall idea: Lucinda (Lara Robinson), a little girl who hears whispers, writes down a bunch of seemingly random numbers onto a piece of paper that is to be locked in a time capsule for 50 years. When the capsule is opened, Caleb Koestler (Chandler Canterbury) and his father, John (Nicolas Cage) end up with the numbers.

John ends up discovering a pattern within them: They predict disaster dates, locations, and casualty figures. So far, all the predictions have been accurate, but there are still 3 dates remaining. What follows is an intense chase for clues that ultimately leads John, Caleb, Abby (also Lara Robinson), and Diana (Rose Byrne) to the discovery that the sun is going to destroy the world.

From the get-go, I encountered one major problem with watching this movie as an adult. The first 20-30 minutes of the film is literally just exposition. Not only that, almost no conversation makes use of subtext. The movie tells us that John is an agnostic/atheist through cheesy dialogue with his son about whether John’s wife is in heaven or not. As he lectures students we learn about the temperature of the sun, the habitable zone of Earth, and not only are we spoon-fed the differences between determinism and randomness, but we also get a very on the nose insight into John’s view on this matter. His take? “Stuff just happens!” (I’m paraphrasing).

If that isn’t enough, more unnatural sounding dialogue informs audiences that John hasn’t dated since his wife died. He also doesn’t speak to his father (apparently due to religious differences). Not to mention that his relationship with his son is rocky, to say the least. I can understand this stuff taking place within a movie, particularly at the start. But do we really need over 20 to 30 minutes of it? Keeping in mind that it’s not remotely subtle and is somewhat disastrous to the flow of the movie. 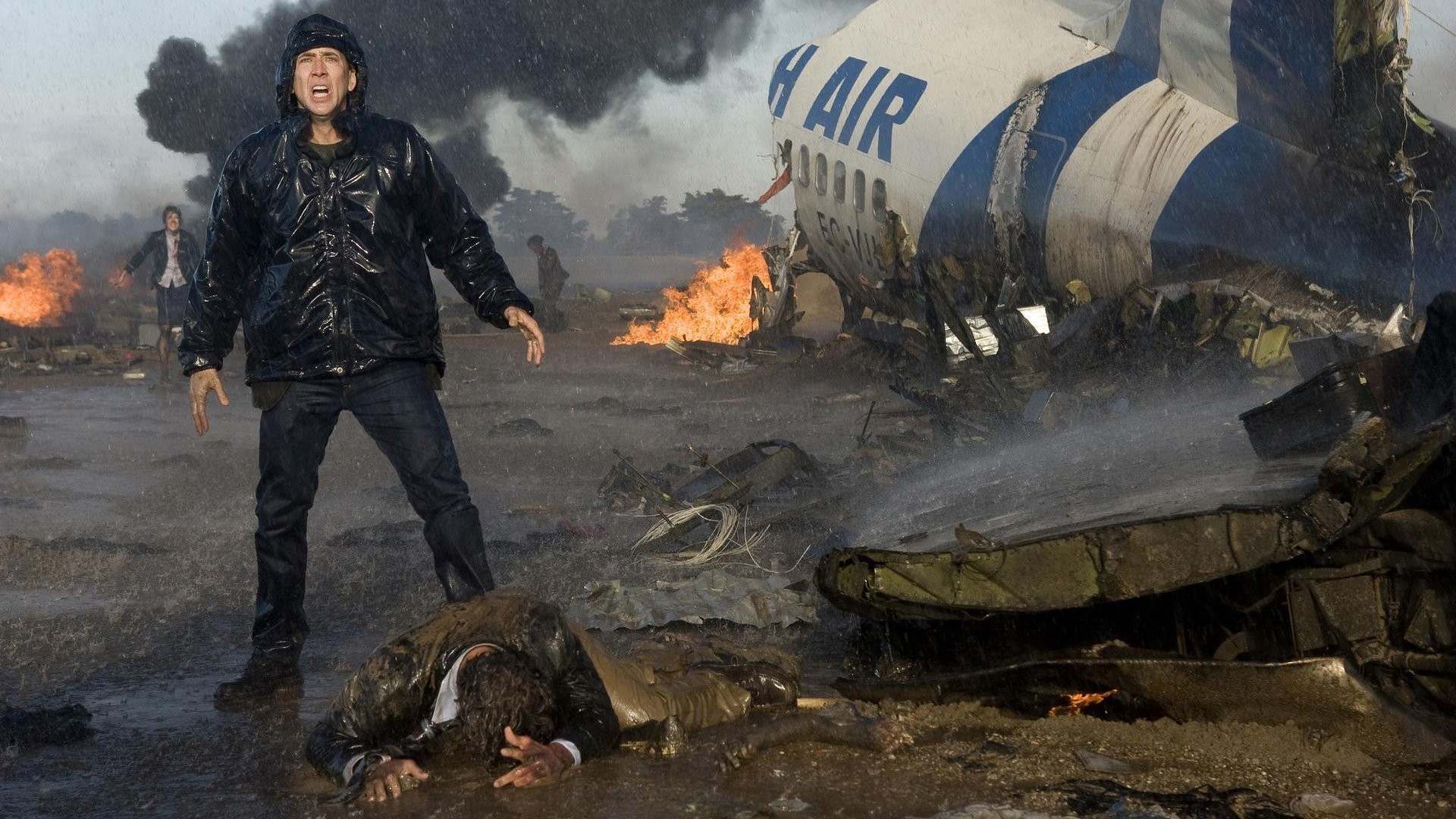 Once you get past the poor dialogue and set-up, you find that Knowing can offer audiences a glimpse of disaster. There are moments of great intensity that both shock and amaze. Perhaps the most noticeable of these is the first disaster that John encounters. After getting stuck in traffic due to an accident, John decides to check to see if the casualties match up to Lucinda’s numbers. At this moment, a plane comes crashing into the ground. This scene blew my mind in cinemas but on a smaller screen it’s slightly less impressive. However, watching people being burnt alive by the plane’s fuel as explosions happen left, right, and center is about as intense as this movie can get.

Other moments, such as the train crash or Caleb’s dream of the world burning, may not be incredibly mind-bending concepts, but visually they are enough to get your blood pumping. Knowing is unique in comparison to many other disaster-type movies in that the end of the world actually happens. Strangely, this an aspect that makes Knowing somewhat worth watching. Many similar movies such as The Day the Earth Stood Still or The Day After Tomorrow result in many or most of the population surviving. Even 2012 somehow leaves a few hundred, maybe even thousand, people alive after the Earth is battered by one disaster after another.

Knowing takes a slightly different approach and allows about 20 children to survive. The rest of humanity? Well, a massive solar flare cooks them alive!

Knowing relies heavily on the notions of Christianity and determinism, but neither serve as a major benefit to the storytelling. The angels/aliens, the whispering, the picture representation of Ezekiel 1, the frequent discussions of Heaven, and of course the “Adam and Eve” ending, all come from the Bible. The movie even ends with John, the agnostic/atheist proclaiming that he now knows that he’ll be with his family in Heaven. I’m sure giving the character the name ‘John’ isn’t an accident either.

Similarly, the movie frequently mentions determinism and the idea of “meaning” and “planning” within the universe. If you take a moment to think about the movie’s storyline though, you realize that it’s all pointless. The “angels” send the numbers as a warning, to prepare Caleb and Abby for leaving Earth. Yet in the end, they are kidnapped. Ultimately choosing to go with the strangers willingly, regardless of the actions of John. Whether the numbers had existed at all or not is completely irrelevant as the outcome would have been the same.

I think the problem with Knowing is that it doesn’t really merge science and religion. Instead, it fluctuates drastically between the two. One scene will lean heavily into nonsensical astrophysics “facts”. Then the following scene will bombard you with dialogue about heaven or with religious symbolism. John and his colleague, Phil (Ben Mendelsohn) even go as far as saying phrases like “my scientific mind” during completely normal conversations. Is that how scientists speak?

Knowing isn’t a bad movie, but is it a great movie? No! It’s entertaining enough, provided you can look past the dreary dialogue, the constant exposition, and the religious symbolism that ultimately serves no real purpose. I don’t believe that it’s stood the test of time well at all, but it does have some moments that stop it from being a truly awful movie. I think that its biggest flaw is being unable to commit to either religion or science.

The performances aren’t great, but the script has to take a large part of the blame. Nic Cage and Rose Byrne perhaps weren’t the best choices for these roles, but they also weren’t the worst. I think that if we look back at Knowing in another 10 years (provided a solar flare hasn’t wiped us all out by then), it will be a movie that people barely remember. The concept itself isn’t bad, but the delivery could have been better. But if you’re in the mood for an apocalypse movie, and you’re feeling a little brain-dead, then Knowing might do the job!

Thank you for reading! What are your thoughts on Knowing? Did you enjoy then? How do you feel about it now? Comment down below!

Wow this jogged my memory! I was so struck by it when I first watched it years ago but now I see how flimsy it is.

I thought it was okay the first time I watched it, too. It’s a bit comical, but the concept was cool in some parts. The good thing is: everyone seems to be taking this seriously.

I also remember watching and liking this film years ago. The ending was a bit weird to me though.