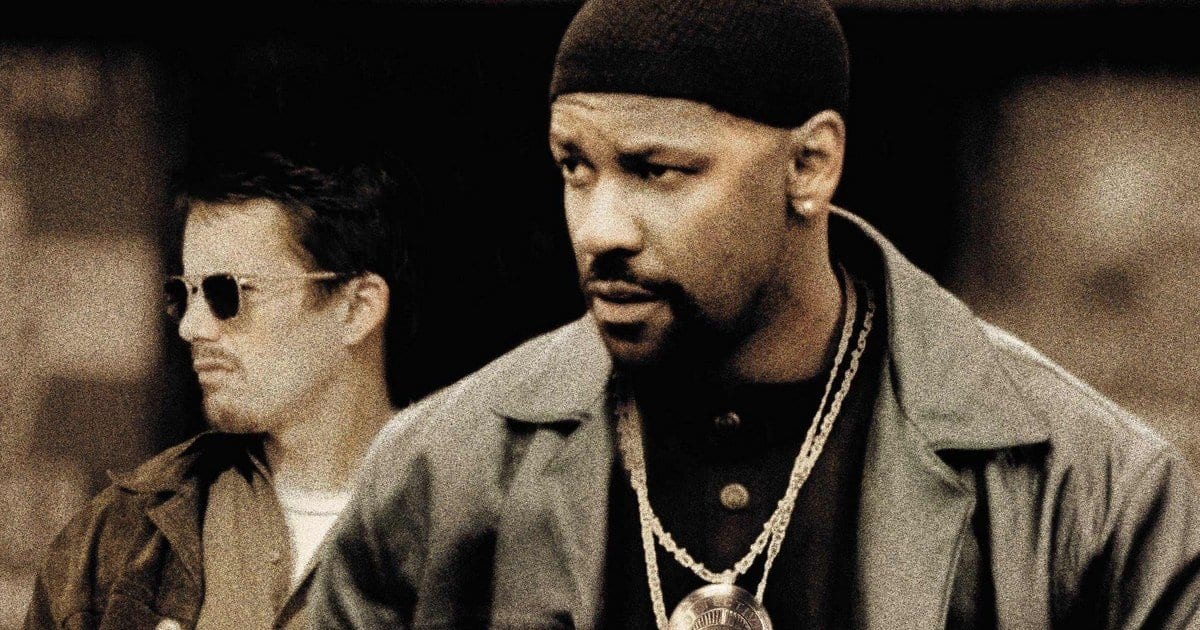 Superfly (2018) is a story about the drug scene of Atlanta and all the violence that accompanies it. Its soundtrack features bangers from rappers like Future, Young Thugs, and Khalid.

Which compels me to take a look back at some of the best rap soundtracks over the years. Of course, the (arguably) best one is Eminem’s 8 Mile (2002) soundtrack, but I want to highlight some that don’t get recognized as much. Plus, I don’t think everyone has as big a crush on Slim Shady as I do.

Note: this is not a top 10 list so the films are in no particular order.

The first soundtrack I recommend for you rap fans is actually from a documentary. Soul in the Hole has classic hip/hop beats from Wu-Tang Clan, Xzibit, Common, and other OGs. They make the perfect backing tracks for a movie that takes you on a tour through the street basketball scene. The biting beats from the rap masters of the era create a raw, realistic film that shows a side of America you may not get to see everyday.

Tales from the Hood is a creepy film to begin with, but the haunting bars of Wu-Tang Clan, Killa, Scarface, Facemob, and others make it even eerier. Clarence Williams III plays a funeral director who traps three drug dealers in his mortuary. He tells them four horror stories about African-Americans that will make your hair curl. That’s about it. It’s creepy and weird and has a menacing soundtrack. Plus, the twist at the end is really disturbing.

Here’s a little bit of a lighthearted film to contradict Tales from the Hood. Master P and A.J. Johnson star as con artists who sell broken TVs from their van. When they receive a shipment of faulty cellphones, they get a lot of angry customers — including the FBI and some dangerous thugs. The soundtrack features songs from more well-known artists like Snoop Dogg and Ice Cube (who both appear in the movie); but, it also features more underground ones like Ol’ Dirty Bastard and Mystikal. This combination of pop and underground allows for the film to appeal to diverse audiences who enjoy comedy.

Juice has a pretty generic story: four inner-city teens get caught up in the concept of power (“juice”). However, this film’s cast and soundtrack set it apart from other “hood movies.” Featuring Tupac Shakur, Omar Epps, and even Samuel L. Jackson, it is a cynical depiction of inner-city life. The soundtrack includes stellar early 90s rap, from artists like Naughty by Nature, Eric B. & Rakim, Big Daddy Kane, and Suga-n-Pepa. It spews forth nostalgia and love for the era and culture.

Yet again, pretty bland story: we see the lives of three guys in the Crenshaw ghetto of Los Angeles and examine race, relationships, violence, and other issues. However, the soundtrack keeps it fresh with beats from Ice Cube, Compton’s Most Wanted, Chubb Rock and other rappers representing the hood. The raw rhymes intertwined with heavy doses of violence portray the circumstances of the city. Not to mention there’s some great stars in the film, too —  Angela Bassett, Cuba Gooding, Jr., Ice Cube, and Laurence Fishburne.

Hilary Swank stars as a teacher trying to teach her young inner-city students to apply themselves, pursue their education, and learn tolerance toward one another. I will say that this soundtrack isn’t as amazing because it includes a lot of Will.i.am., who I don’t think is a great rapper. However, it has songs from Tupac, Naughty by Nature, and Common, so it does have some potential. For those of you who want uplifting, motivating raps, this is the soundtrack for you.

The movie itself is actually pretty good and one of my favorites by MTV Films, after Coach Carter (2005). It handles the collision of different cultures and races well without getting too violent or profane. Hilary Swank pulls off a fantastic performance without feeling too much like a “white savior.” And, strangely enough, we get to see Imelda Staunton in a role other than the evil Professor Umbridge. I highly recommend this film to everyone, just so we can all learn how to get along better. 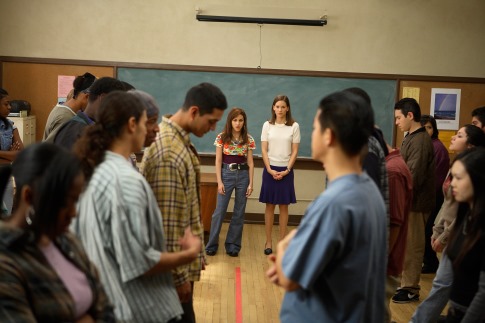 Not only does this film have a bangin’ soundtrack, it’s also a great watch. Denzel Washington is a rogue cop in the ghetto dealing out justice as he sees fit and teaching a rookie cop (Ethan Hawke) the ropes. To complement this gritty film, the soundtrack includes hits from Dr. Dre, Xzibit, Nelly, Gang Starr, and other superb rappers. You’ll feel a hundred times cooler after listening to this soundtrack.

This is hood comedy at its finest. Ice Cube and Chris Tucker are two guys who owe a dealer $200 — money they don’t have. Of course, hijinx ensue. The titular track is sung by Ice Cube (who else?) but it also features tracks from Dr. Dre, Scarface, and Cypress Hill. The soundtrack is a collection of chill beats to blast when you don’t have a care — or when you owe a drug dealer $200 and you’re a goofy guy. I also give this film kudos for spawning so many memes.

No, Keanu Reeves doesn’t do an amazing job in this film, but that’s beside the point. The plot is simple: Reeves is a coach of a young inner-city baseball team trying to prove themselves. However, the soundtrack amplifies the feeling of the inner city by adding hits from The Notorious B.I.G, R. Kelly, and Lil Wayne. And while the plot may be simple and the acting leaves something to be desired, it’s still a fun movie that I like to revisit from time to time just to smile. 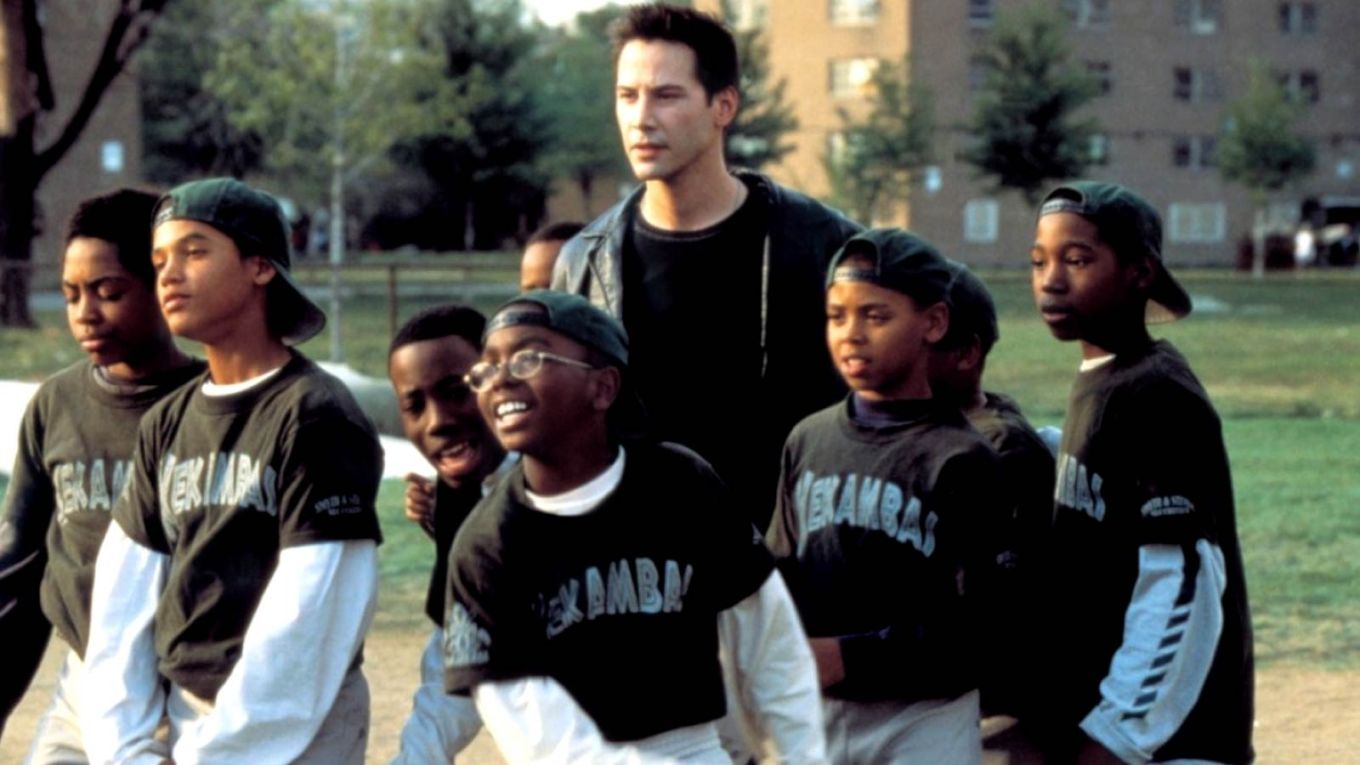 This is actually a pretty ridiculous movie, but it’s good for cheap laughs. Dr. Dre and Snoop Dogg work at a car wash where their boss (George Wallace) has been kidnapped; to get their next paycheck, Dre and Snoop have to make enough money to pay off the ransom. Of course, there are hits from Dr. Dre and Snoop Dogg, but we also get to hear from greats like D12, Busta Rhymes, and Xzibit. The soundtrack is probably the only saving grace of the film. 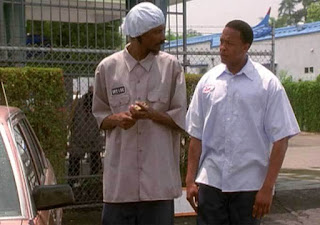 Image via The CineFiles

Starring famous rappers DMX and Nas, we follow the life of two ghetto crime lords who begin to question their actions. The soundtrack has first-rate tracks from the main stars, but it also has hits from Jay-Z, Ja Rule, Gang Starr, and Wu-Tang Clan to mix in and create a diverse, awesome soundtrack. The film overall has a ghetto Goodfellas (1990) feel, yet it still manages to go its own way with its own elements.

Shut up! I crush Slim Shady too! Great list of artist you have here!