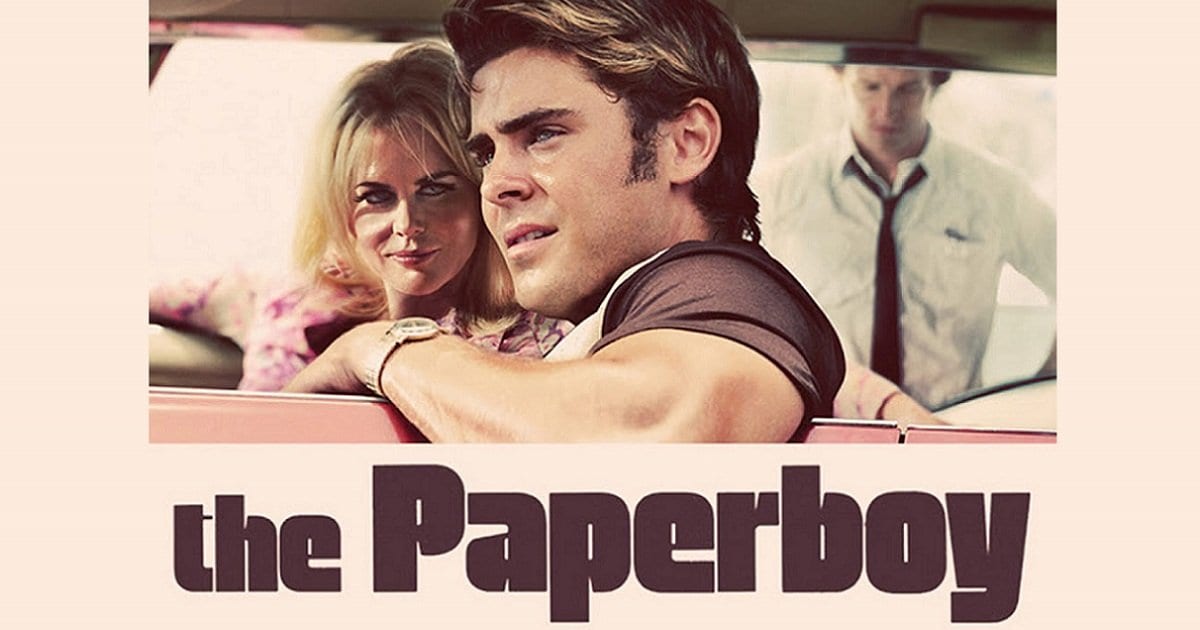 Lee Daniels’ most recent cinematic work was The Butler, a film that deserved all the praises that it received. However, before The Butler there was The Paperboy, a film that received some praise, but not much. With The Paperboy now on Netflix, the time has come to take a much closer look. The following review is spoiler free. 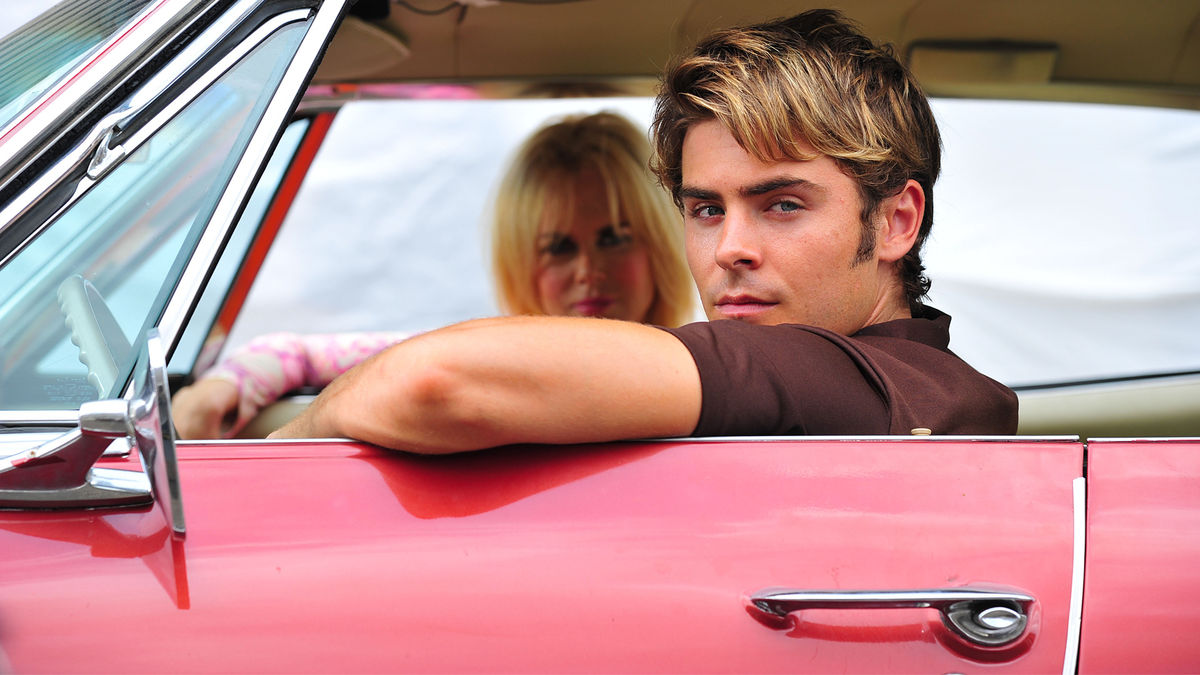 In the summer of 1969, Miami Times reporter Ward Jansen (McConaughey) and his partner Yardley Acheman (Oyelowo) return to Ward’s home town of Lately in Moat County, Florida hoping to exonerate death row prisoner Hillary Van Wetter (Cusack). The pair believes Van Wetter, a small time criminal and alligator farmer, to be wrongly incarcerated for the violent murder of a local sheriff four years prior. Assisting in the investigation is Ward’s younger brother Jack (Efron) and Charlotte Bless (Kidman), who has fallen in love with Van Wetter through correspondence. But as the four of them explore the events surrounding Van Wetter’s imprisonment, they realize that not everything is what it seems.

The Paperboy is based on the 1995 novel of the same name written by Peter Dexter, who as mentioned above also worked on the screenplay adaptation. Daniels began working on the film in 2011 after passing up offers on several other lucrative scripts. Daniels had always regarded the novel as one of the greats and welcomed the challenge to make the nonsensical story of the original into something more coherent for film.

Kidman initially had misgivings about her ability to play her part well. But she gained confidence after meeting with several women who had fallen in love with real life prisoners, one of whom told her that she believed that Kidman was perfect for the role. During shooting Kidman only spoke to Cusack in character, prompting Cusack to “formally” introduce himself at the end of shooting.

The Paperboy premiered at the Cannes Film Festival in 2012, where it received a nomination for a Palme d’Or for Best Picture. The film also received nominations from the SAG Awards and the Golden Globes for Kidman’s performance.

The Paperboy Leaps to Life from the Screen

One of the most potent aspects of The Paperboy is its gritty realism. From shaky camera angles to the grainy texture of the film, I was able to full believe that what was happening on screen occurred in the summer of 1969. Everything looks and feels like it is happening in real-time. The heat of that summer can be felt radiating off the screen to the point where the viewer may find themselves sweating alongside the characters.

The other strong point is the actors’ performances. The Paperboy is by no means a poorly acted film. Each of the actors brings their characters to life. Efron transforms from Hollywood pretty boy to a frustrated teen living in south Florida. McConaughey becomes the prodigal son, returning home hoping to find his big story. Oyelowo immerses himself completely as a black reporter in 1969 America. Finally, Kidman is entirely believable as a trashy loose woman who has recently fallen in love. 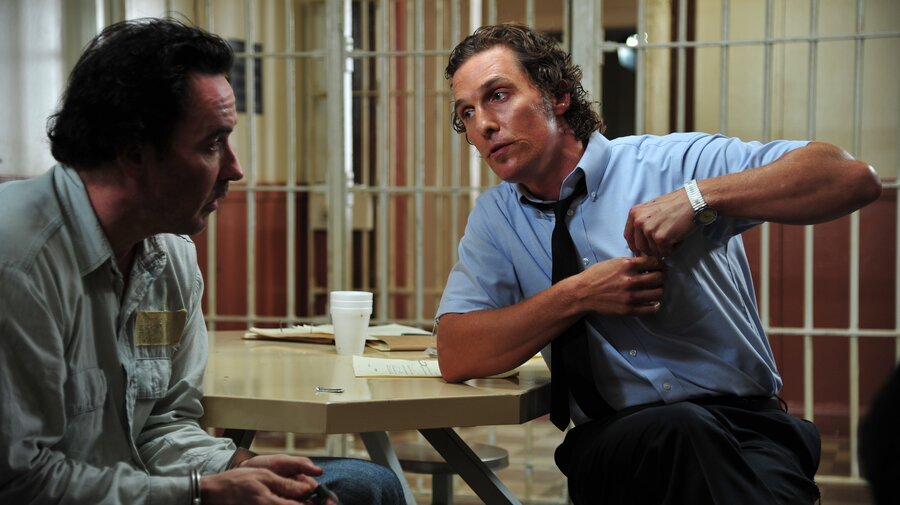 A Cross Between Mixed Messages and Lost Opportunity

While The Paperboy may boast some stellar performances, they cannot hide the fact that the film does not seem to quite know what it wants to do. The film begins with flashbacks to murder of the sheriff that serves as inciting incident for the film’s plot. This makes it appear as if what follows is going to be an investigative drama with twists and turns at every corner. But later on, the film sort of halfway transitions to a coming of age story but never fully makes the leap. The result is a plot that feels half underdeveloped and half ignored.

In addition, while the characters are well-acted some of their contributions to the plot seem negligible at best. For example, Oyelowo’s character, Yardley begins the film as one of the central characters, but for reasons unknown disappears for the final third of the film. This makes one question what his purpose was as there is no real payoff for whatever story arc was planned for him. In a similar vein it is incredibly unclear who is supposed to be the central protagonist. Is it supposed to be McConaughey, a reporter looking to right an injustice as well as get the big scoop? Or is it supposed to be Efron, a teenage boy learning to finally grow up? My thoughts lean toward the latter but I guess I’ll never truly know.

Quirkiness that is Not that Quirky

Another big issue with the film is that it tries its best to have some unique and cool looking shots. But these never quite mesh with the rest of the film. A lot of the time it leads to weird-looking shots that do not really make sense even in the context. For example, each of the characters  receive a small introductory sequence to establish their character. However, the cuts between these shots are very abrupt. This can leave the viewer feeling quite confused. The Paperboy tries its best to set itself apart with a quirky weirdness that you might see in a film by Quentin Tarantino or perhaps even the Cohen Brothers. But unfortunately, this attempt falls incredibly short leaving behind a muddled mess in its wake.

The Paperboy is a well-acted, gritty and real experience. But in its quest to be unique it never really manages to find what it wants to be. However,  if you are interested in Lee Daniels as a director, or just looking for an incredibly lifelike film then The Paperboy is for you. Other than that, you can most likely give this film a pass.

Thanks for reading!  What are your thoughts on The Paperboy?  Comment down below!