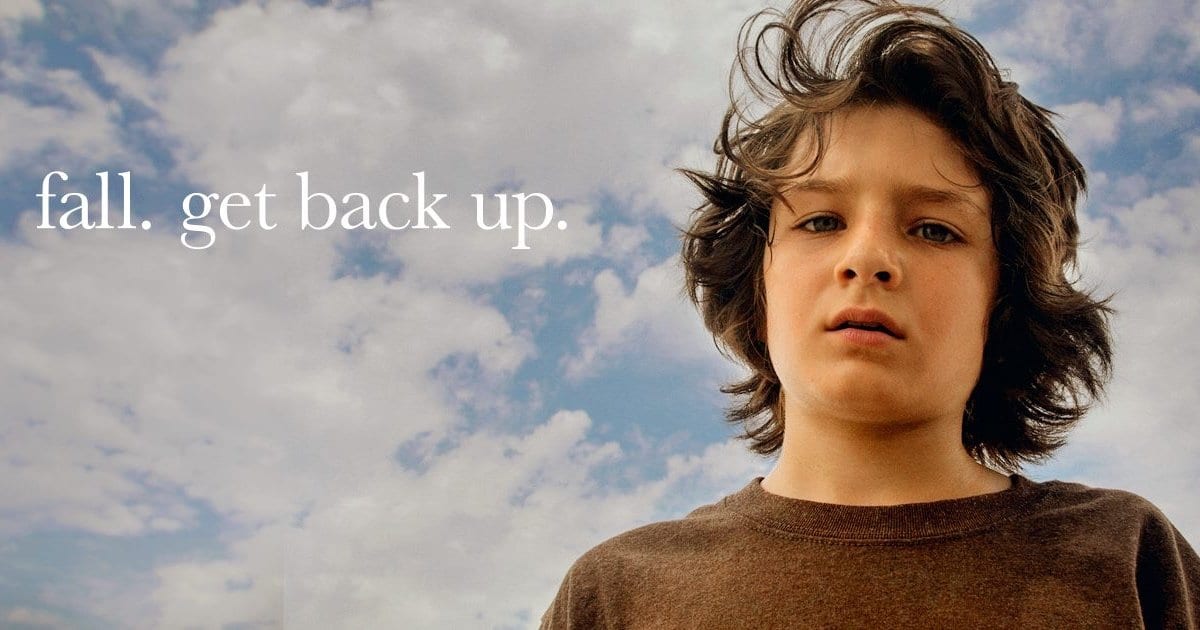 MovieBabble as a collective is a big fan of A24. They’re the leaders of arthouse cinema at the moment as they empower their creators to change the mold with deeply complex and entertaining pictures. They’re also a GREAT curator of new talent, allowing new voices to flourish in Hollywood, such as Jonah Hill! The talented actor has been working on his directorial debut mid90s for over four years now, and now he’s another A24 success story.

Stevie (Suljic) is a thirteen-year-old in L.A. trying to navigate a troubled home life. He has an abusive brother (Hedges) that makes his life hell and his mother (Waterston) is somewhat nonexistent as she tries to get her own life together.

But Stevie finally finds solace in a group of skaters that work at the Motor Avenue skate shop, led by Ray (Smith) and Fuckshit (Prenatt). Immediately, Stevie does whatever he can to fit in with his new group of friends, but he might be growing up a little too fast in the process.

A24 has built quite the reputation in the last few years. After Barry Jenkins’ Moonlight shot the company into the stratosphere with its Oscar win for Best Picture, filmmakers have flocked to A24 to make their own vision come to life. The same is true for Jonah Hill, who was inspired by Damien Chazelle’s Whiplash to get going on his own directorial project.

Well, actually, as the story goes, Hill went to see Whiplash with his good friend Spike Jonze. After seeing the film, Jonze turned to Hill and teased him by asking what he had done with his career thus far since Chazelle was only 29 at the time Whiplash premiered. Granted, it was a bit of a joke, but there was some truth to it, and Hill immediately went home and finally got his act together and worked hard on his passion project. As you might have guessed, that project eventually became mid90s.

Jonah Hill could not have chosen a more perfect actor in this story of a boy who wants to fit in and grows up way too fast. Sunny Suljic is unbelievably cute, expressing all the exuberance and naive fascination that comes with his situation. At one point or another, we’ve all been the young kid in the group. All our moves are calculated; we hope that each word will up our coolness factor with the older, more experienced guys in the group. Suljic’s character throws safety to the side in his quest to find a comfortable, apparently loving situation. He hasn’t found it at home with his nonexistent but caring mother and his abusive older brother, so he’s willing to do just about anything to fit in.

You’ve seen Sunny Suljic before if you saw Yorgos Lanthimos’ The Killing of a Sacred Deer last year. (Side note: I love that movie, but I would never recommend it to anyone because it is THAT deranged and off-kilter.) But Lanthimos’ film was so dour and idiosyncratic that the role didn’t call for Suljic to show his charm. It’s on full display in mid90s, however, and Suljic could not be more adorable. His look and mannerisms make the role perfect for him. He looks so innocent, and he’s great at acting innocent too. His character finds so much enjoyment in finding a loving family — even if that family leads him down a dark path — that all of his actions are instantly endearing. He melts your heart away with his smile.

Is anyone else starting to feel really old that we’ve moved on from becoming nostalgic for the 80’s to the 90’s? It was an obvious shift now that children of the 90’s are now old enough to create their own works of art, but it’s jarring to see nonetheless, especially from a film with a title as blunt as “mid90s.”Luckily, the idea behind mid90s is more than a flimsy love letter to all things 1990’s.

Jonah Hill never flinches as he details what is by all accounts an incredibly realistic look at Los Angeles during the waning years of the previous millennium. He has a lot of fun mirroring skating culture with an awesome soundtrack (which makes for some incredibly entertaining moments in the streets of L.A.). But there’s always a darkness behind the images, highlighted wonderfully by another hauntingly stunning Trent Reznor score. mid90s is certainly what you’d call a “slice of life” movie in that it takes a snapshot of a distinct time without a highly structured plot to supplement it. Still, mid90s is very much a cautionary tale. Hill wisely shot the movie in a 4×3 aspect ratio which gives all the actions an extra amount of intimacy. This setup calls for a stronger look at the hopes and fears of these characters. 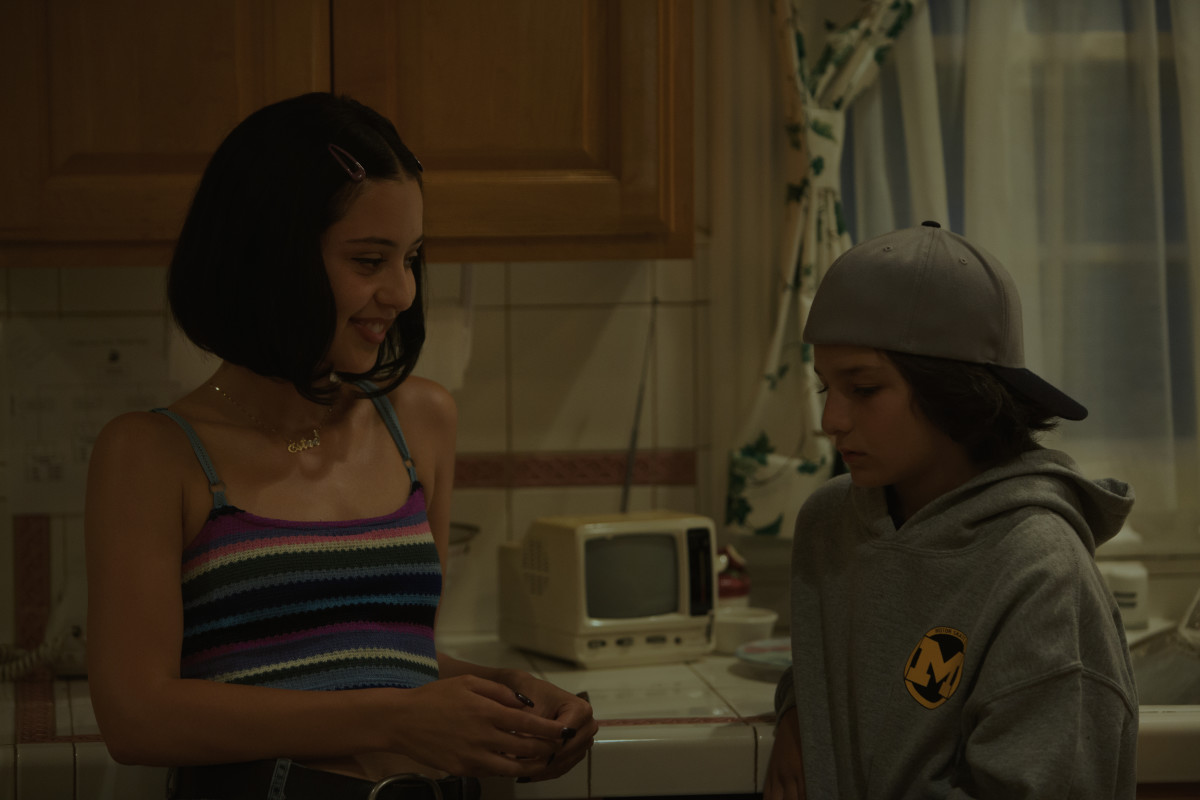 The Characters Speak Era-Accurately Too…Which May Bother Some

These characters are extremely raw and real. They dig into the norms of 90’s culture with considerable authenticity, meaning that they also speak authentically to the era as well. Instead of calling something “stupid,” the characters call it “gay.” And if I’m being honest, that’s the G-rated version of what these characters actually say.

There’s a part of all of us that wants to be respectful of others and how they live their lives (maybe I’m being a little too optimistic in that sense, unfortunately). With the changing of the times comes a change to our rhetoric. By and large, we do not talk like these characters do anymore, and that’s absolutely for the better. But we shouldn’t be appalled by how they speak.

Jonah Hill has created a realistic time capsule with mid90s. He does not glorify their language nor does he make any statements about the current state of dialogue that we should find troubling. He simply tries to capture the essence of the mid-1990’s. I think he does so quite beautifully.

We need more nuance in the way we discuss society and cultural representations in entertainment. By simply showing how these characters speak without a discernible slant, one can and should understand that it is highly entertaining yet completely backwards. We should NEVER talk like these people now, but wiping the film clean of its grit would retroactively add 2018 ethics to the 1990’s. If we can’t face the problems of previous generations, how can we possibly improve?

mid90s is one of the few movies to leave you wanting more. At a brisk 84 minutes, Jonah Hill managed to create a story with real characters in real situations without any fluff…all in his first directing gig! That type of restraint shows the strong hold that Hill had on this story given that the common error for first-time filmmakers is to over-indulge.

With great performances to lead the way — especially from my new idol Sunny Suljic — mid90s is a great ode to its era. If everything breaks correctly, it’ll be among my favorites of the year. 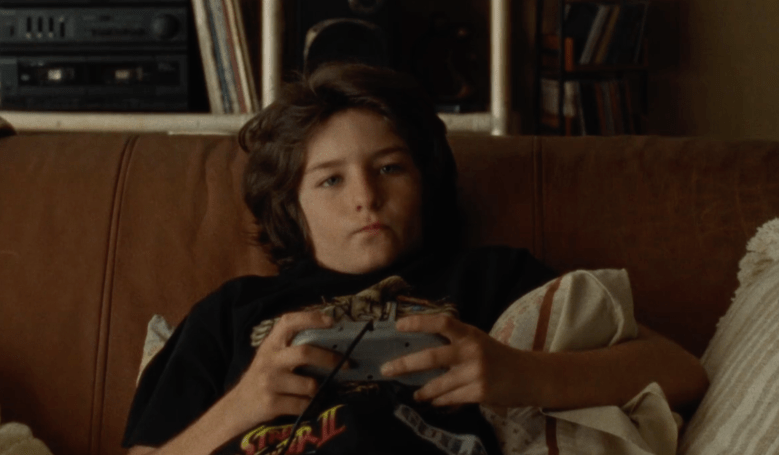 Thank you for reading! What are your thoughts on mid90s? Comment down below!

[…] upon its release. Even though it’s a 2000s film, Shrek unquestionably belongs to the 90s deconstructionist viewpoint. However, unlike many of those films that heavily critiqued and chastised their influences, Shrek […]

It’s a great movie, though I wanted to see a little more about the brother’s character. What does he do, where does he goes, because if you noticed much of the nostalgia in the film is inside his bedroom.

This should be one that will be rewatched many times,

I sure hope so! Such a great movie! And it’s incredibly short which should add to that watchability factor 😁