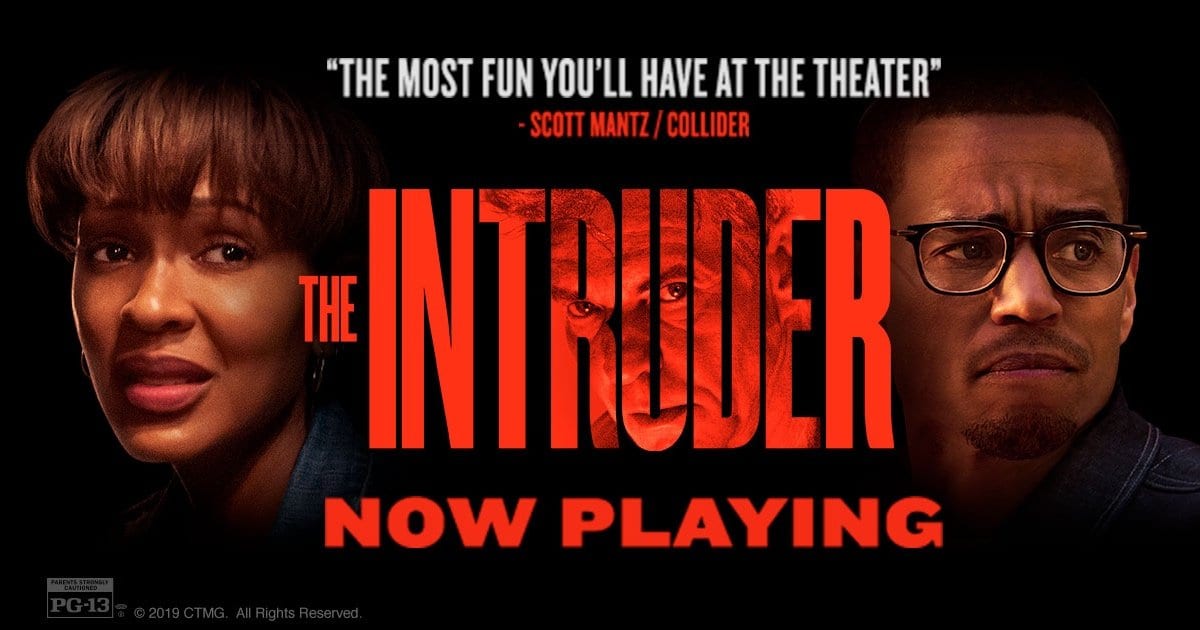 It’s finally time for another generic horror film. Sony Pictures and Screen Gems bring us a twist on the home invader concept in The Intruder. Imagine if the creep stalking your home was the ex-owner who just can’t let go of his past life. Well, here we go!

Perfect (or so it seems) urban couple (Michael Ealy and Meagan Good) decide to go house hunting in the country. They come across an incredibly grand home, that is quite rich in history. They decide to buy the house off of a man named Charlie Peck (Dennis Quaid). Peck is the current homeowner and his family built the house several generations ago.

However, after a moment of peace in their new paradise, the couple’s adjustment period soon becomes weird as they learn more about Charlie and discover he may be out to get his property back.

The Intruder plays on some all too familiar tones. This home invasion thriller has its twists, and definitely makes an attempt to shake up the sub-genre a little, but it falls into traps at many different turns.

I didn’t have much of an idea of what this film was about going into it. I knew from the trailer that Dennis Quaid was about to pull out a scary psycho role, so I was in. Director and producer Deon Taylor is no newbie when it comes to the horror/thriller space. Taylor wrote and directed Traffik, a 2018 thriller that starred Paula Patton and Omar Epps. Taylor’s filmography also includes the 2010 horror Chain Letter, and the 2016 dark comedy Meet the Blacks. 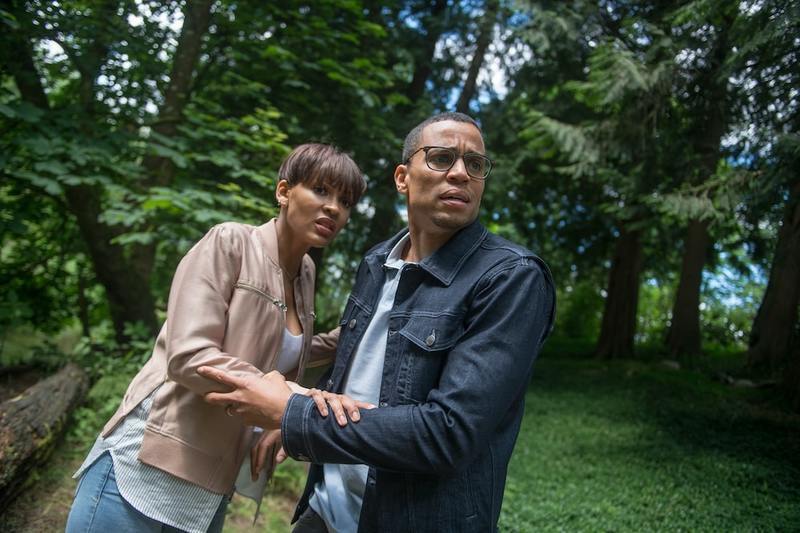 First things first, when jump scares don’t even get the viewer to jump, there’s a problem. The Intruder has many problems but this may be the biggest one of all. The musical score actually queues in a couple of seconds before the jump scare is about to occur. This actually ended up warning me, and every single time I nearly chuckled.

There aren’t really any moments of legitimate horror in the film or any long sequences of tension. The characters make decisions that will definitely make you angry, but after they continue to make poorer and poorer decisions you end up kind of wanting to root for Quaid in his quest to wreak havoc… just joking, maybe. Not only do those sorts of disappointing slight occurrences happen in the film, but the way the lead characters are dealt with really hinders the films overall strength. For a while, it’s difficult to determine whether the writers are trying to get you to root for or against the main characters. The development they receive is often times negative, and in a film like this, it just confuses the viewer.

This mess of a movie has one spot where it really, truly shines. Dennis Quaid gives a ridiculously outrageous performance, in a good way. Quaid really makes this movie watchable. He takes what was given to him and really shines every time he is on screen. At times its laughable, but that’s just due to the nature of the film and how it’s directed, not very well. Quaid delivers on all fronts and turns this forgettable thriller to a film that might have some re-watch value if you are looking for something to watch and comically enjoy with some friends. Bravo, Dennis.

His performance really does work though, he is creepy and ridiculous all at once. All the expected characteristics of a horror character really come out here. Quaid wields an axe, there is a homage to The Shining, and there is even a scene where he sits alone, creepily practicing his smile in a mirror. Why You Should, Or Why You Absolutely Shouldn’t Watch This Movie

If you don’t go to the movies often and you don’t really feel the urge to drop money on a film that may not be all that great, skip it. This film has some enjoyment for sure, but that’s due to the quirks of Quaid and how he can really own a scene. If you’re really craving a decently fun, and potentially funny horror, rent this or check it out when it hits streaming, or hey… go check it out in theaters! In contrast to that, if you’re a fan of the horror sub-genre of home invasions, consider checking this one out. The Intruder is all about expectations and viewer interests; you know exactly what kind of movie it is from the trailer alone, so there’s not much to hide in that respect.

In the end, I am admittedly glad this film was made. It wasn’t 100% necessary but it has given us a Dennis Quaid B-movie performance that should not be forgotten. The performances are fine but the dialogue that these actors and actresses are given really hurts the film. You can almost count out the number of times characters make silly, questionable mistakes. Don’t expect too much and you might get something out of this, but when the jump scares aren’t even effective, there’s a clear problem. The Intruder has believable performances and relationships but by the end, it’s a horror film that feels quite generic.

Thank you for reading! What are your thoughts on The Intruder? Comment down below!

[…] she has become calm and composed about her decision to get an abortion, he has progressed into a stalking, manipulative ex who is threatening her if she does get it. There is such a fine line between kindness and control […]