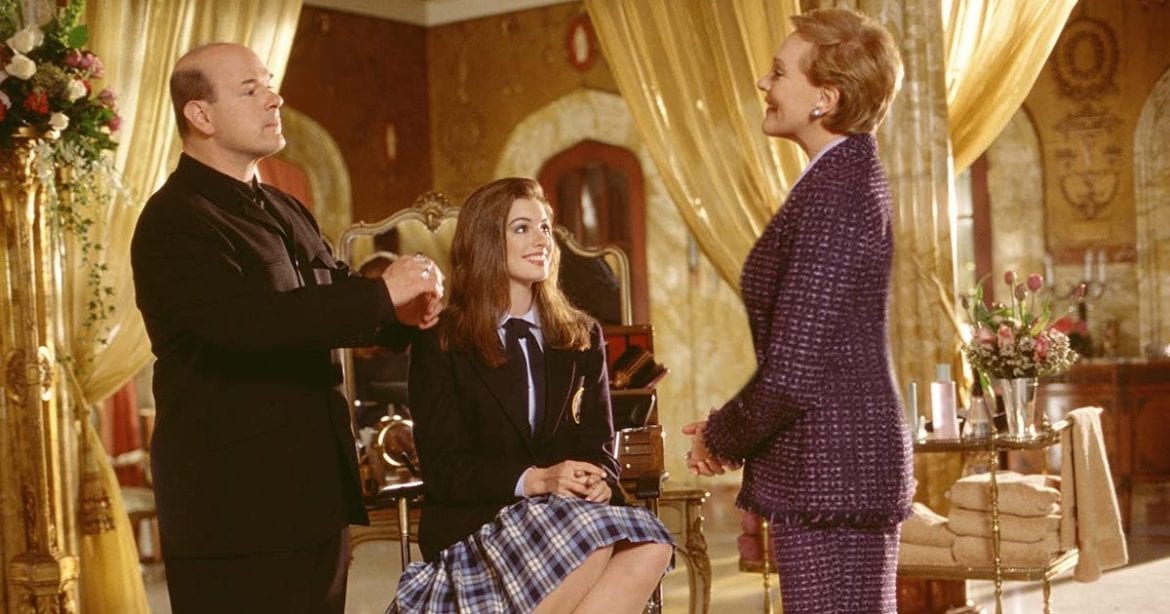 Before we start, let’s define what cute actually is. For the purposes of this article, cute refers to anything that is aesthetically adorable, warms the heart of the audience, elicits some sort of positive emotional response (like crying or smiling), or is just plain corny. This could mean romance, but really any movie with a cute character or scene could qualify.

I’m not a huge fangirl about Pride and Prejudice or Jane Austen like some fans of the movie are, but I do recognize the cuteness of the film. I love the forbidden aspect of Mr. Darcy (Matthew Macfadyen) and Elizabeth’s (Keira Knightley) romance. Mr. Darcy is especially endearing with his awkward mannerisms and well-meaning lines that come out as insults. Plus, this movie is heavy on female representation, which is always a big plus. Elizabeth’s relationship with her sisters is heartwarming and makes us love them even more.

Dirty Dancing is a classic 80s flick. Nothing says the 80s more than big hair and Patrick Swayze. Dirty Dancing is also a pretty adorable movie overall. Patrick Swayze’s gruffness against Jennifer Grey’s softer personality is a beautiful contrast. Their relationship is cute and full of little quirks that make them such a lovable couple. Baby’s (Grey) dedication to dancing and Johnny’s (Swayze) determination to teach her are the perfect combination. Dancing and romance are a surefire way to make a cute movie.

Chad Michael Murray as Austin in A Cinderella Story was my first crush. And really, who could blame me? He was a football player, the coolest guy in school, and he secretly loved to write! He was really the perfect 2000s guy. Then you add in Hilary Duff, the girl that everyone could relate to — nerdy friends, down-on-her-luck, and “not like other girls.” The story is one we’ve all heard and loved, just with a modern twist. Despite the hate it received from most critics, A Cinderella Story is an adorable 2000s romance. Waiting for another movie like it is like waiting for rain in a drought — useless and disappointing.

I normally try to steer clear of movies with annoyingly pretentious protagonists, but I made an exception for this one because Heath Ledger was a treasure. When he and Julia Stiles are on screen together, their chemistry is electric. I love how this film uses the tired trope of enemies-to-lovers; sure, we’ve seen this one before many times, but 10 Things is just different. The cuteness factor is off-the-charts. Heath Ledger plays the perfect bad boy to Julia Stiles’ good girl and that contrast makes the whole thing adorable.

I feel like this movie went unnoticed by a lot of people, which is a crying shame because it is quite possibly one of the cutest rom-coms ever made. Starring Kristen Bell and Josh Duhamel, we watch as Beth (Bell) takes coins out of a magic Italian fountain that instantly make the men who threw them fall in love with her. The problem is, is Nick (Duhamel) — the one she truly loves — one of them? What I love most about this movie is how Nick keeps coming back to Beth, even with all the crazy stuff she does. It shows the depth of his love for her and the softness in his hard facade. I just adore this movie.

Sleepless in Seattle is a classic. What makes this movie so cute is the dynamic not only between Sam (Tom Hanks) and Annie (Meg Ryan), but also the dynamic between Sam and his son, Jonah (Ross Malinger). Rom-coms often portray their characters as single characters engrossed in their careers, so it’s so nice to see a character who has a family and loves them dearly. It shows the depth of emotion that Sam has and how good a father and husband he would be for Annie. Plus, any movie with Tom Hanks is guaranteed to claim my heart.

If I remember correctly, The Incredibles was the first Disney movie to feature a nuclear family, or at least the most prominent one. The Incredibles is a classic Pixar film because it shows a family as realistically as can be shown in a Disney film. They’re not perfect by any stretch of the imagination — I can’t think of many families that have superpowers — but they are perfect for each other. Though their troubles may seem bigger, they still face the same marital struggles, sibling rivalry, and employment issues that every other family faces. The realism and love portrayed in The Incredibles is what makes it such a cute movie.

The Princess Diaries is always seen as a “girl movie,” but I promise that it’s more than that. It’s a depiction of what it’s like to grow up, fall in love, and take on new responsibilities. Of course, we won’t all be royalty, but we will all go through strain in our relationships and turmoil throughout life. I love how Anne Hathaway seems so real in this movie. Mia isn’t perfect and she doesn’t try to be. Even when she goes through her (admittedly, unrealistic) makeover, she still has the same personality that we first fell in love with. That’s what makes this movie cute and lovable.

This movie is sad. Like when people name movies that make them cry, this is in the top 10. But it is also a very cute movie. Like 10 Things I Hate About You, it has the bad boy trope and a slight enemies-to-lovers thing going on that makes it a tantalizingly adorable watch. I always wished that Shane West had starred in more recognizable movies after this, because he was always one of the best parts of this film, aside from Mandy Moore, who always shines. I just love the slow burn romance that sucks the audience in and how adorable that dynamic is.

Love Actually is a heartwarming/heartbreaking anthology of love stories. Whether it’s the love between longtime buddies, unrequited love, or the love between family members. The thing that makes Love Actually the epitome of adorable and cuteness is the fact that every story has. We are taken on a rollercoaster of loss and love with each tale. Add in the fact that it’s Christmas — arguably the most romantic holiday, after Valentine’s Day — and you have the perfect formula for a beloved film. Plus, little Thomas Brodie-Sangster sure is a cutie!

Thank you for reading! What are your thoughts on these cute movies? Comment down below!

[…] and Sensibility (1995) is what Pride and Prejudice (2005) wishes it was. Unfortunately, Pride cannot even hope to outshine the candor of Sense and […]

Never heard of The Incredibles being called a cute movie before, but interesting.

I love your movies!!!! Those were on my list as well (the list I’ve got on my mind)
My husband and I watched Romeo and Juliet last night. I was half asleep and I woke up having heard the reporter talking (reporting about the chaos Tybalt and crew created) and I asked him, “is that Romeo and Juliet” and he said, “whatta fanatic! you got that from a reporter”

I mean, he doesn’t get it! This collection of movies is my life back when I was younger! Hahaha! Thanks for sharing and making me remember what I should be watching instead of Netflix stuff…

Thanks for reading! Glad you liked it :)

A couple of potential additions: Homeward Bound, Baby’s Day Out, Never Been Kissed, Three Men and a Baby, and 13 Going on 30…

Most of those were on the short list for the list (if that’s a thing)! Totally forgot about Homeward Bound though! I used to love that movie as a kid.

The Princess Diaries is both excellent and part of the MCU. Stan Lee is in the sequel, therefore Genovia exists in the same world as Sokovia.

Princess Mia could have defeated Thanos in Infinity War