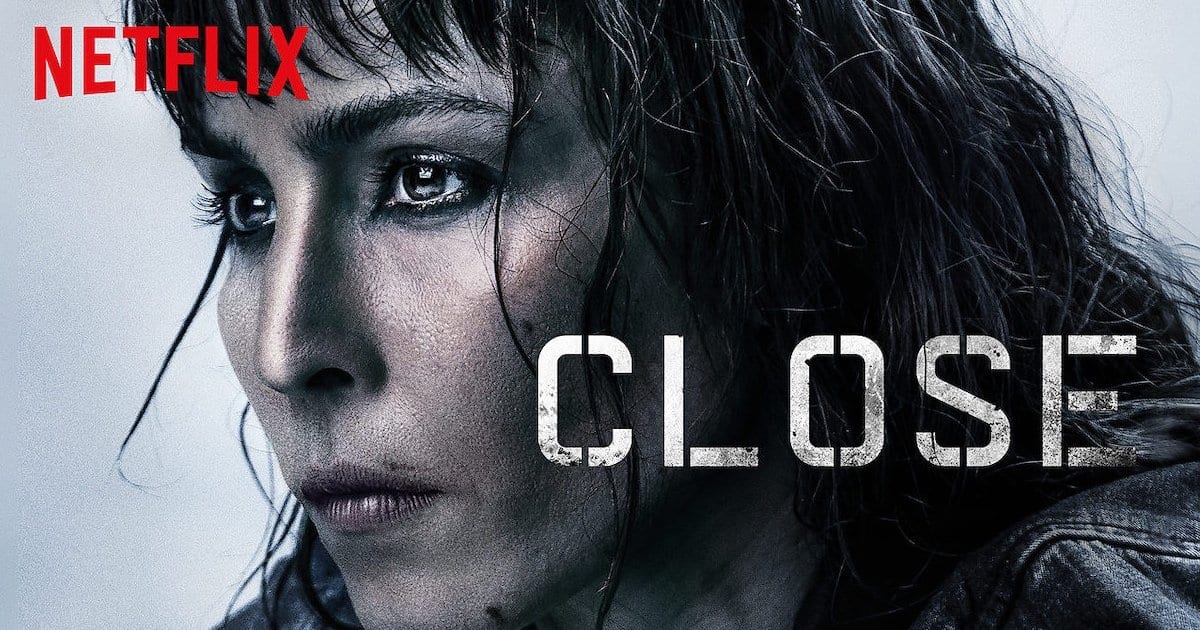 Witnessing Netflix’s transformation from humble video-rental to gigantic streaming behemoth (bestreamoth?) has been disorienting at best. Whereas the release of a new Netflix original movie was once a momentous occasion, the platform nowadays churns out an average of four new releases a week.

This dizzying schedule comes at a price — namely, that the solid majority of the new films just aren’t all that good. In fact, it seems as though Netflix now serves as a dumping ground for every shoddy, haphazardly-constructed new indie flick that no mainstream studio saw fit to release. This unfortunate trend continues with the new Netflix original Close, a lifeless action thriller that, despite its noble intentions, manages to fall flat on its face at every turn.

Sam Carlson (Rapace) is a counter-terrorism expert with a mysterious past. She takes on the position of security detail for Zoe Tanner (Nélisse), who recently inherited an African mining conglomerate from her late father. When mercenaries attack the compound Sam and Zoe are using as a safe house, the two flee to Casablanca. There, they find themselves forced to take drastic measures to keep one another out of harm’s way, while Zoe’s stepmother Rima (Varma) struggles to keep the family business afloat.

Jewson and Whitaker based the character of Sam Carlson upon real-life celebrity bodyguard Jacquie Davis. Over the course of an astonishing three-decade career, Davis has become one of the top women in her profession. She’s worked with everyone from Justin Bieber and Nicole Kidman to J.K. Rowling and several British Royals. In particular, the storyline of Close was culled from some of the surprising dangers Davis has had to face on the job. For instance, she started working with British TV personality Katie Price in 2011 after suspicions arose among police that a brutal gang known for holding celebrities hostage in their homes was targeting Price. Davis also says that her job has gotten her stabbed, shot at, and thrown out a window — all of which isn’t too far off from what Sam experiences over the course of the film. 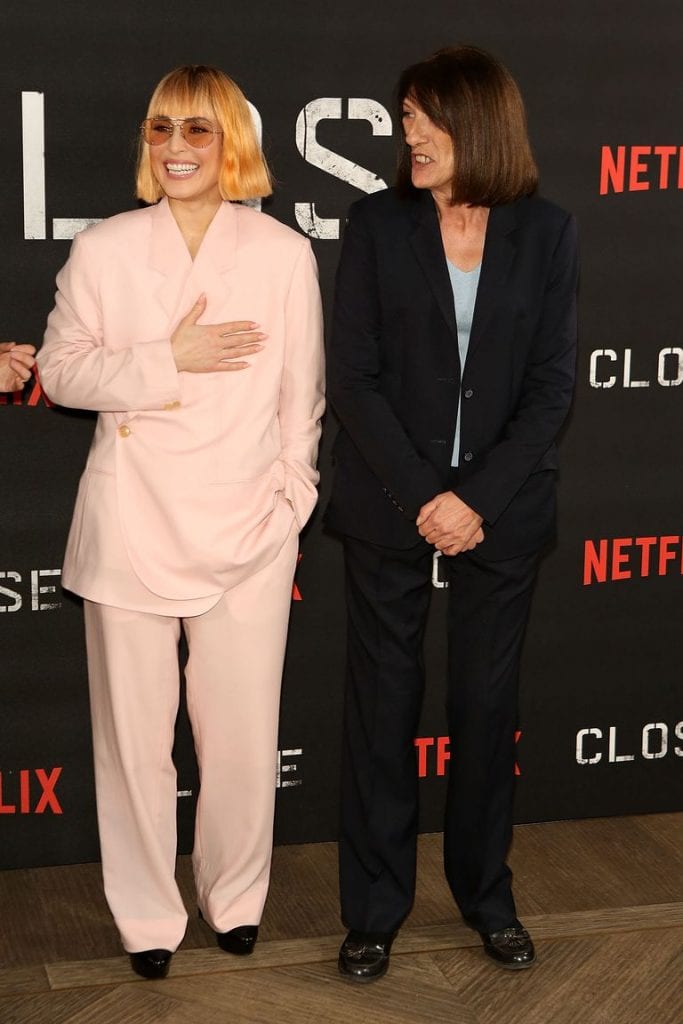 Running Up That Road…

After a brief scene depicting Sam in action against Middle Eastern jihadis, Close launches into its opening credits. We watch kaleidoscopic lights dance across the screen to an ominous, sluggish cover of Kate Bush’s “Running Up That Hill.”

This sequence is oddly symbolic of the film it precedes. Bush’s original version of the song is a majestic, soaring, gender-fluid feminist anthem. It proclaims that women can be just as tough, strong, and powerful as men. This take, however, drains the track of all life, resulting in a lethargic, overwrought mess.

…Stumbling Down That Hill

Likewise, Close attempts to tell the story of a strong woman who can hold her own against an onslaught of mostly male foes. That’s certainly commendable, but to make it work, you have to give your heroine a compelling, well-written narrative. Jewson’s incredibly competent direction defuses and clutters the whole thing, and we’re left with an action thriller that’s light on both thrills and action.

Jewson apparently shot and wrapped the whole film in less than 30 days — and it shows. Close is an egregious cinematic rush job. The lousy graphics for the generic news broadcasts alone speak to a major lack of effort on the filmmakers’ part. Same goes for an underwater fight scene between Sam and a heavy, featuring perhaps some of the worst CGI fish in recorded history. The entire movie has the feel of an expensive pilot for a show you’d halfheartedly watch while staring at your phone. 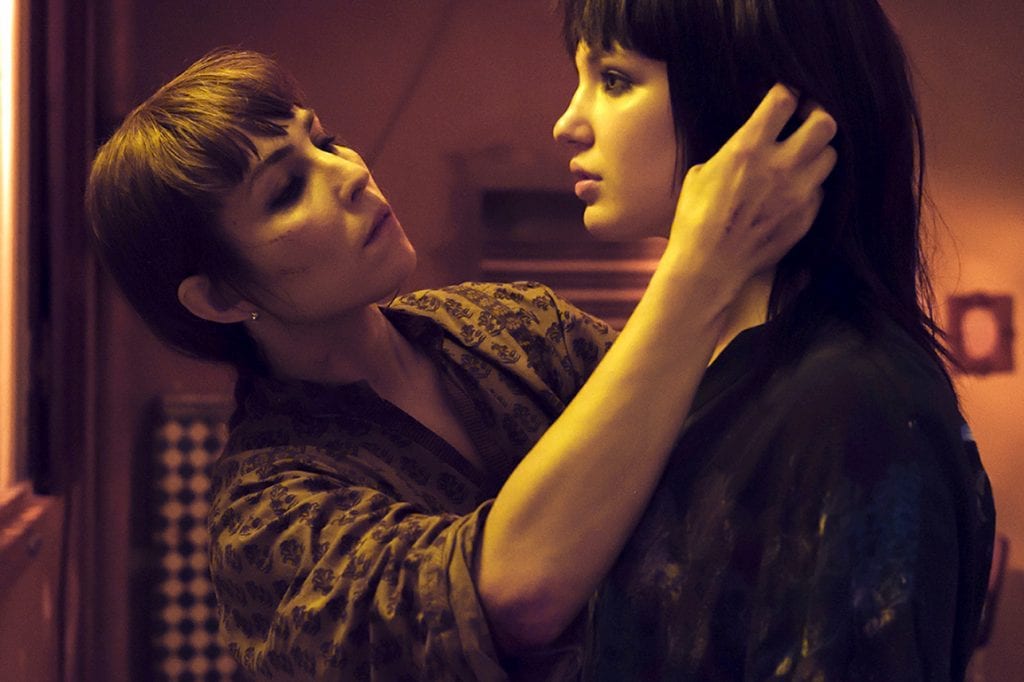 The performances in Close don’t really help. Rapace’s Sam is an emotionless killing machine who dispatches bad guy after bad guy without so much as blinking. Nélisse‘s Zoe plays like a caricature of every overprivileged, petulant rich kid.

It’s hard to sympathize with or feel much of anything for these women, because they’re barely portrayed as human beings. They’re not characters so much as rough sketches of characters. There’s no emotional weight behind anything they do. The fight sequences, though ably executed by Rapace, quickly grow just as dull and predictable as the mining suits’ business meetings.

I would love to have seen a deeper exploration of the dynamics between Zoe and the women in her life. Zoe has a strained, superficial relationship with Rima, but she finds in Sam a sort of role model — an encouraging mother figure that empowers her to fight for herself. Plus, we know that Sam has a daughter she’s never met and is scared to contact, and she even plans at one point to pose as Zoe’s mother with a fake passport. But Jewson barely scratches the surface of these potentially rich narrative devices, preferring ultimately to forgo them in favor of the bigger (and boring-er) picture. 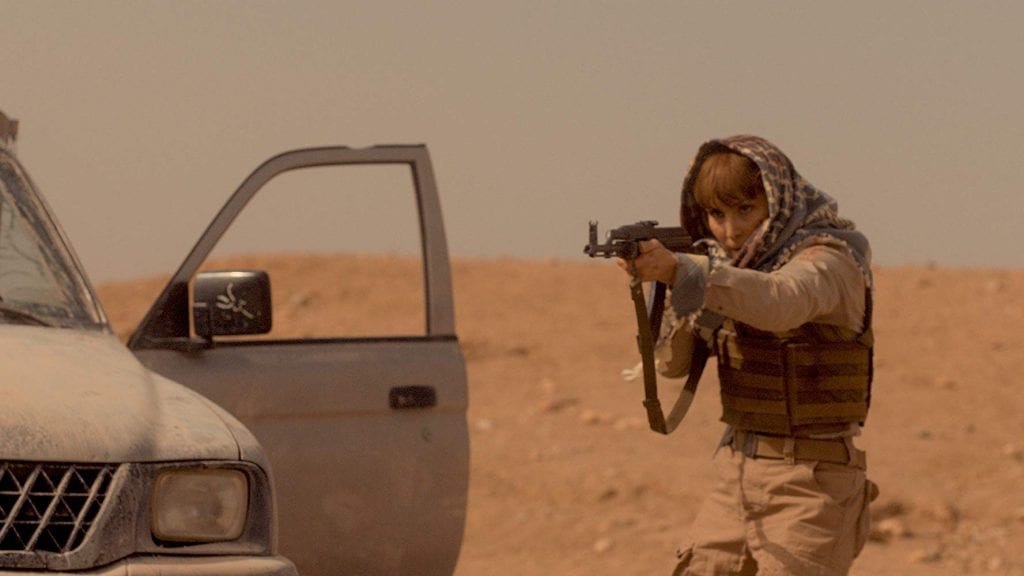 It’s also worth noting that just about everyone Sam (or Zoe) kills is a person of color. But those same people also happen to be men — which, by the film’s backwards white-feminist logic, makes it okay. For Jewson to actively perpetuate the perception of Middle Eastern people as depraved and murderous is downright irresponsible. And that’s without even getting into the sinister racist archetype of the evil man of color assaulting the saintly, pure white woman.

Movies like Close do a huge disservice to women in search of positive representation in the media. If we’re going to keep creating all these badass, tough-as-nails heroines (which we absolutely should be doing), the least we can do is give them decent, interesting movies.

Thanks for reading! What are your thoughts on Close? Comment down below!