Throughout history we’ve seen our fair share of dog-centric films. Hollywood knows that we love dogs, and they have absolutely no problem capitalizing on it. A Dog’s Way Home marks the latest dog movie, and the second from writer/screenwriter W. Bruce Cameron. But like A Dog’s Purpose, A Dog’s Way Home is misguided and overly sentimental.

Lucas (Hauer-King) and his mother (Judd) quickly fall for a young dog Bella (voiced by Howard) and take her in as part of the family. The group is a match made in heaven; they love each other endlessly.

However, a local law calls for all dogs that can be identified as Pit Bulls — as nebulous as that distinction may be — to get impounded if found in a public place, so after a few run-ins with law enforcement, Bella moves away to stay with some relatives.

But Bella cannot be away from Lucas — she loves him too much — so she begins a journey back to Lucas to be a part of the family once again.

Man’s best friend has turned into a successful venture for W. Bruce Cameron, who has penned multiple dog-centered books that have turned into films. The first was A Dog’s Purpose back in 2017, which earned over $205 million worldwide. Now, with the help of Sony and Columbia Pictures, we now have A Dog’s Way Home and the sequel to A Dog’s Purpose entitled A Dog’s Journey coming in May of this year. You could say that Cameron is responsible for the most unlikely franchise in film today.

I for one can’t wait for this franchise to become confoundingly successful, leading to the inevitable A Dog’s Journey to Space once Cameron runs out of ideas as the Hollywood machine continues to pressure him for more content for the eighth or ninth entry in this dog universe. Better yet, I’m even more excited for Dennis Quaid to cross over with Bryce Dallas Howard’s Bella to truly mold this group of films into an interconnected universe. Move over, Marvel!

Did you know that dogs are cute? A Dog’s Way Home wants to make it absolutely clear that this is the case with many beauty shots of dogs doing cute things. From chewing shoes to prancing around in the snow, if you’re a dog lover, A Dog’s Way Home will fill up your daily quota of cuteness.

Look at this little guy!

ahem Sorry about that, I couldn’t contain myself.

Without much else going on in terms of stakes, the cuteness of these animals does a lot of heavy lifting for A Dog’s Way Home. Your mileage depends on how far this will take you. Personally, it became tired rather quickly.

An Annoying Narrator Ruins Most of the Charm

I thoroughly enjoy Bryce Dallas Howard. Her spunk and charisma is great for most of her roles, and I’m looking forward to seeing what she’s able to do as a director in the upcoming Star Wars series The Mandalorian. Once could argue that she’s one of the more underrated actresses we have. Still, her voice work in A Dog’s Way Home is unbearably annoying.

This film is built on schmaltz. With endearing puppies prancing around the screen as melodrama from two-legged creatures surrounds them, it reaches an almost unbearable level of schmaltz on construction alone. Howard’s high-pitched, spunky voice, however, puts this movie over the top into a punishing display of unrealized, fake emotion. It’s an overload of pluckiness and sentimentality that I found quite obnoxious from the start. Each word is said with such excess fluff that I wondered if the film somehow managed to condense all the excessive dog lovers that insist on taking their dogs on planes into a single tone of voice. It screams, “look how cute I am! Don’t you love dogs, America?!?!” I won’t fall for your tricks, movie!

Howard is a good call in theory for such a voice role, but in combination with the dialogue she is forced to say, the only word I could use to explain it is “woof.”

Nothing But Glamour Shots of Dogs in Nature

As the credits fell over the screen I began to wonder: what exactly did I learn here? Other dogs movies — including the misguided A Dog’s Purpose — harp on how the good that dogs do for individuals, how they inject a feeling of happiness into a world where there is always a shortage. I can get behind that idea. It’s a noble one!

But as for A Dog’s Way Home, I struggle to understand the purpose. There are a few vignettes that show a dog’s impact on struggling individuals, but they are hardly the focus of this story. Instead, prepare yourself for about 30 minutes of stilted sentimentality that rarely acts as a cohesive unit and 70 minutes of a dog prancing through nature — with the occasional CGI mountain lion by its side that single-handedly deepens and widens the uncanny valley into the uncanny chasm. That’s it.

Like A Dog’s Purpose, the film also has a bit of morbid turn that is more troubling than the film ever wants to even think about addressing. It scoots by it for a clumsy finish that wants everyone to stand up and cheer. As for me, I quickly sneaked passed those cheering patrons and made my way to the exit. 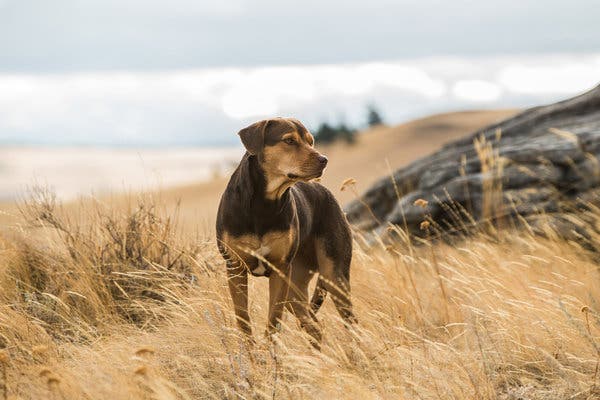 A Dog’s Way Home kept finding new ways to test my patience. I’m actually impressed in an odd and twisted kind of way. What begins as cutesy catnip (or dognip?) turns into horribly misplaced melodrama and an odd streak of death and suffering. It you’re not a major dog lover, there’s not much here for you.

I hope W. Bruce Cameron is living comfortably after the commercial success of his work so far in his career but I’m not exactly looking forward to A Dog’s Journey coming in May of this year if it’s more of this kind of “entertainment.” 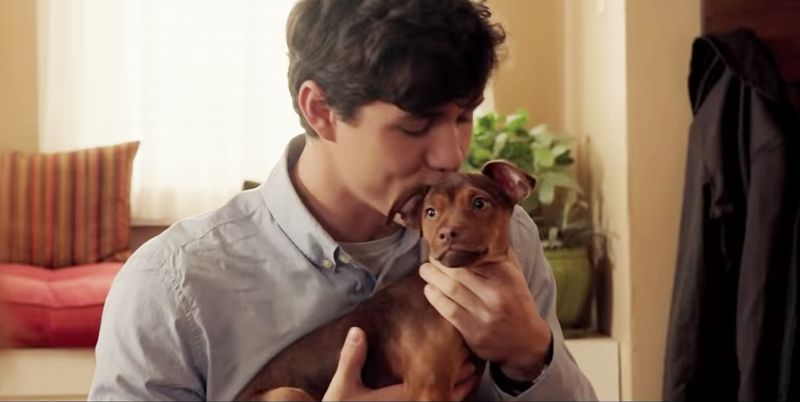 Thank you for reading! What are your thoughts on A Dog’s Way Home? Comment down below!

[…] as he can no longer take care of her for reasons that will become apparent later. Like all cutesy pet movies, there are hints of a cosmic connection between Satoru and Nana, as if they were destined to come […]

I loved this movie!! “Pointless” someone stated, I THINK NOT!! How could someone even say this, obviously not a dog lover, this movie had all the ingredients for a great family movie!! PLEASE watch this wonderful film and take the other comments in with a grain of salt, enjoyable, sentimental and amazing!!

My only thought watching the trailer for this film was that it Homeward Bound retold by one dog instead of two dogs and a cat.

That’s not a bad comparison! Only this film is MUCH worse! Lol!