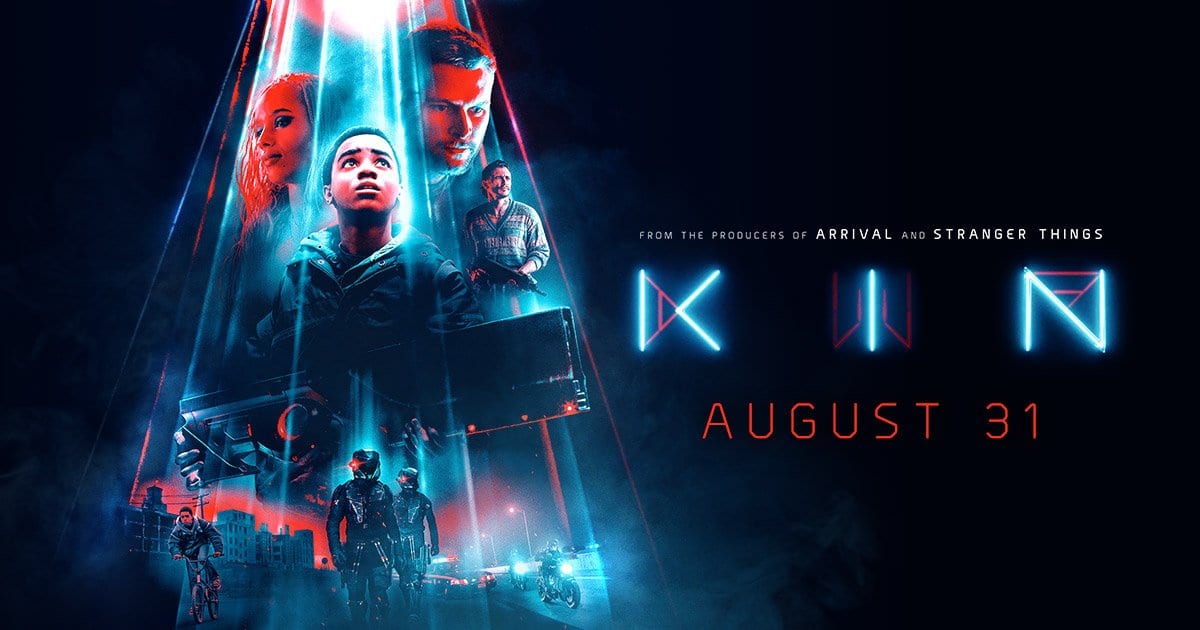 The science fiction genre is all over the place. On one hand, you can have massive, brainless epics like Independence Day, but on the other, there’s room for slow, introspective mind trips like Under the Skin or even 2018’s Annihilation. And then’s movies like Kin, which provide a grounded look at a futuristic story.

The problem is that it’s likely that no one will remember Kin in a few week’s time.

Directed By: Jonathan and Josh Baker

With more free time following his suspension from school, Eli (Truitt) heads over to a local abandoned warehouse in his section of Detroit to search for scrap metal, except this isn’t a standard trip.

He walks into the main corridor of the warehouse to find the aftermath of a shootout — there’s futuristic figures laying on the ground all around him. Next to a masked man, he notices a box, which actually becomes a technologically advanced ray gun when activated.

The event coincides with Eli’s brother Jimmy (Reynor) returning home from a stint in prison, and Jimmy has to find money quickly to pay back the gang members, led by Taylor (Franco), that kept him alive while he was locked up.

But after Jimmy’s plan to get money goes terribly wrong, Eli and he are forced to go on the run to escape Taylor, not to mention that a few more futuristic soldiers have come to town looking for their misplaced ray gun.

Kin is a bit of a success story for directors Jonathan and Josh Baker. After creating the short film Bag Man of which Kin is based back in 2014, they quickly began work on the feature-length adaptation.

Buzz for the project spread quickly after news broke that Reynor, Franco, Kravitz, and Quaid were joining the project back in 2016. Soon after, Lionsgate opened up its wallet and bought the distribution rights to the independent feature for a whopping $30 million.

This news should give every aspiring filmmaker hope. You can make a fifteen-minute short film, and if it’s seen by the right people, you can make it big. Fours years after finishing their short film, the Baker brothers had the opportunity to see their first feature-length movie in the theaters as it released wide across the United States — that’s pretty awesome!

As you’ll come to find out throughout the rest of this review, I’m not the biggest fan of Kin, but it does have its merits.

First of all, what a great idea for a movie! Part family drama and part grounded sci-fi story with world-building opportunities, Kin immediately grabs you because of its ambition. Nothing in Kin is necessarily new, but the way it treats its story while intertwining different themes that run together certainly reach that distinction.

Imagine that someone came up to you on the street and asked you if you wanted to see a movie that included everything below:

I can’t speak for everyone here, but I would immediately blurt out “where do I sign up?!?!” It’s not difficult to see why Bag Man was adapted into a feature; it has so much fascination built into every frame. You want it to succeed at every turn. 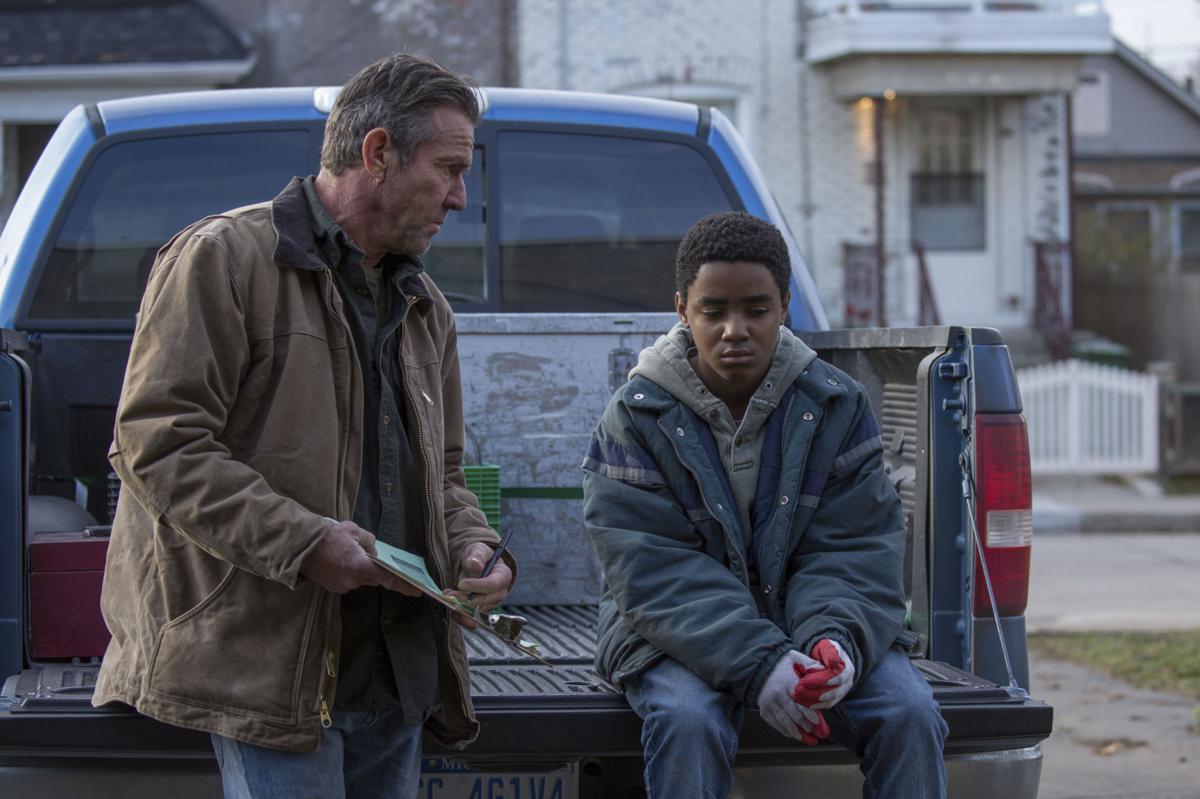 image via The Advocate

More Energy Would Have Been Nice

Kin is unbelievably focused on capturing a tone that elevates its parts to a profound level. The Baker Brothers throw in just about every important familial theme — from class inequality all the way to racial inequality — where you would think that an incredibly self-serious tone is necessary. In theory, it should’ve worked in Kin.

The Baker Brothers wrap this story in a bummer blanket of sorts — everything about this world sucks. Instead of becoming important, Kin becomes dull.

The handling of the powerful ray gun at the center of this story tells you everything you need to know about Kin. Once Myles Truitt’s Eli picks it up, there isn’t a moment where the film sits back and looks at the enormity of the situation. Eli doesn’t have that twinkle in his eye that you’d care to see. He plays with it for a few moments, then it’s merely part of this world. Kin doesn’t allow itself to have those important glimmers of hope in the middle of the rubble.

Kin is Doing Too Many Things at Once

I’ve seen countless films that are unbelievably serious in my days. Some of those are among my favorite movies, so Kin‘s choice to be overly serious isn’t a problem on its own. The true issue here is the film’s lackluster script, which focuses on the wrong things over and over again. With extended sequences that do not have much bearing on the finality of the movie, Kin dips into a lull from which it never recovers. It’s because it’s not focused that all the little nuggets of awesomeness that I mentioned previously do not all come together to form a mesmerizing tale. The important thematic moments feel rushed and unearned; characters make rash decisions and don’t take time to question their value; that serious tone rings false.

You can see where Kin could have been an extraordinary experience, and that makes the uninspiring product even more frustrating.

Kin has enough talent on both sides of the camera to skirt by, but it’s clearly a missed opportunity at something pretty special. The pieces are there, but they don’t come together in the end.

Without spoiling it for you — but then again, we you really that excited to see this movie in the first place? — Kin left me in a place where I’d want more. Weirdly enough, I’d sign up for another movie in this universe. Yet Kin isn’t good enough on its own to warrant another crack at it. 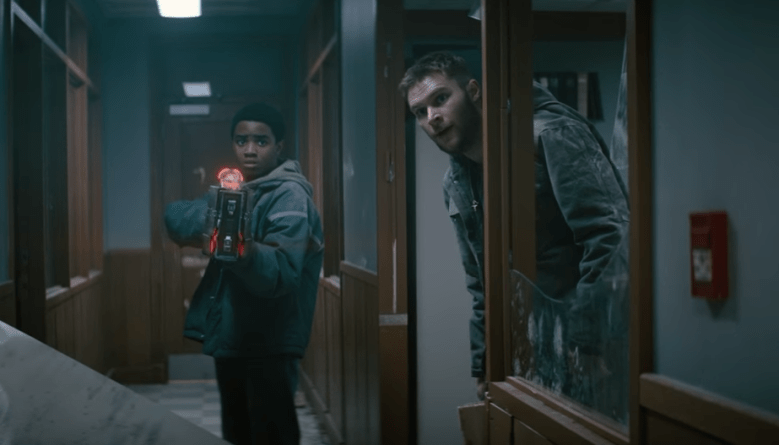 Thank you for reading! What are you thoughts on Kin? Comment down below!