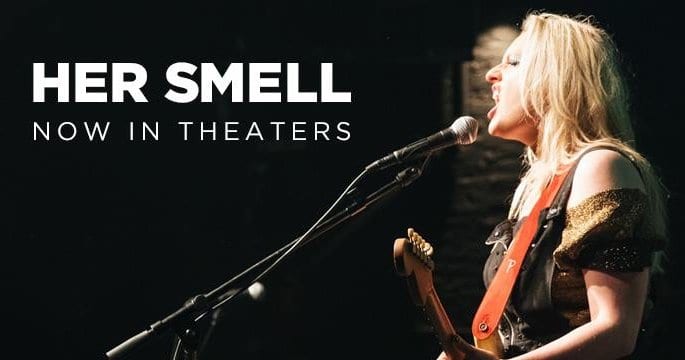 The past few months have seen the release of two high-profile biopics about the rock groups Queen and Mötley Crüe. While both Bohemian Rhapsody and The Dirt have experienced massive success, viewers have pointed out an alarming trend with regard to these films. A common criticism is that the movies merely adapt their respective bands’ Wikipedia pages to film and don’t do much else.

Leave it, then, to Alex Ross Perry, the filmmaker behind acclaimed indie hits like Queen of Earth and Listen Up Philip, to make a movie about a fake band that feels more lived-in — and has more to say about rock history — than any recent film about a real musician. Perry’s Her Smell creates its own nervy, kinetic universe, and watching it play out is nothing short of mesmerizing.

Becky Something (Moss) is the volatile, flamboyant lead singer of legendary punk trio Something She. Years of creative sparring with bandmates Marielle (Deyn) and Ali (Rankin), along with her rampant drug use, have taken a major toll on Becky’s personal and professional lives. When attempts to salvage their careers go terribly awry, the band reaches its breaking point. Becky finds herself forced to come to terms with her mistakes and the damage she’s done to herself and those around her.

Her Smell and the Stage Persona as Defense Mechanism

No doubt you’re already familiar with the concept of musicians performing under stage names. Paul Hewson performs as Bono; Farrokh Bulsara changed his name to Freddie Mercury; Lorde’s real name is Ella Yelich-O’Connor, and so on. The popularity of stage names stems from the fact that they allow performers to, in a sense, transcend their “normal” selves. They become something bigger, cooler, more monumental — a capital-P Personality. With Her Smell, Perry examines a somewhat darker facet of the musical name change. 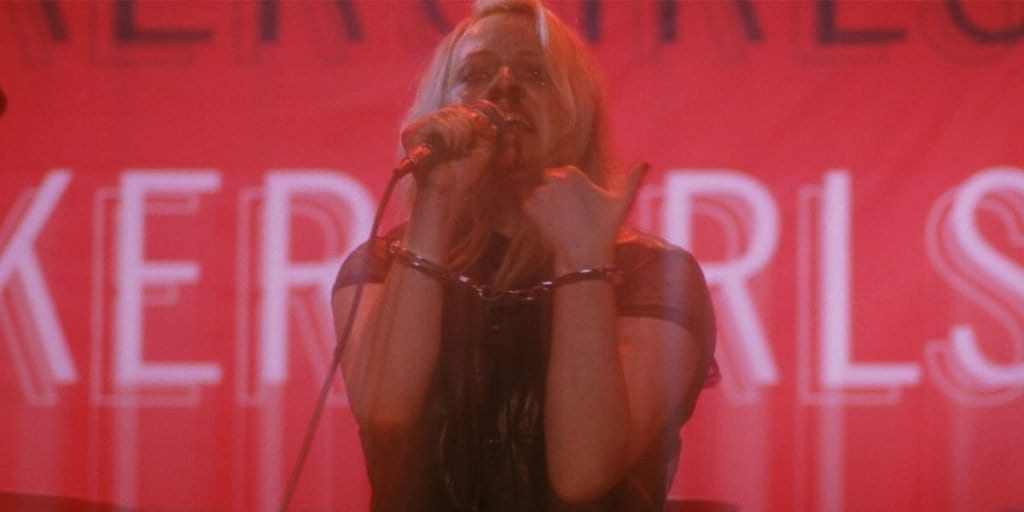 Moss’ troubled rocker (born Rebecca Adamczyk) doesn’t just adopt the stage name of Becky Something — she lives it. She’s been trapped inside that larger-than-life persona so long that she doesn’t know how to truly communicate with her fellow adults. Except, of course, via a constant stream of flowery quasi-Shakespearean poetics, wild theatrics, and random bursts into song.

Meanwhile, Becky’s life has turned into a complete mess. She has a young daughter with radio DJ Danny (Stevens) but has virtually no relationship with her because she can’t handle the responsibility. Her own estranged father tries to reconnect with her via her mother (Madsen), but Becky remains bitter about his abandonment. She’s facing scores of breach-of-contract lawsuits as a result of her creative slump. 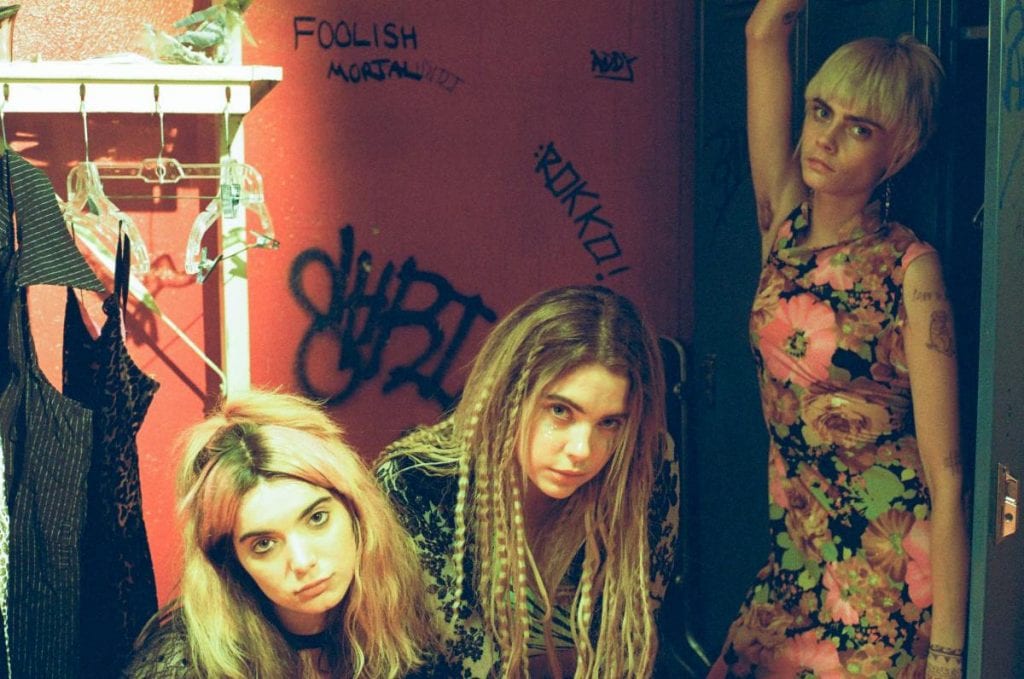 Rather than deal with these issues directly, she disappears into the persona of Becky, because it’s easier that way. Occasionally, we can sense subtle, momentary breaks in the façade as we see flashes of pain and fear in her eyes. But she covers that pain up again with a toothy grin as quickly as it was exposed. It’s clear, though, that Becky’s manufactured image of herself is disintegrating at the seams.

As rock stars are often wont to do, the members of Something She are all heavy drinkers and drug users. Through them, Perry paints a harrowing portrait of addiction without ever resorting to cheap sensationalism. We see Marielle snorting an 8 ball in front of a bathroom mirror out of frustration with Becky; we watch Becky lay waste to her green room in fits of delirious mania. They’re raw, potent, taut moments — it’s exposed-nerve filmmaking at its best. 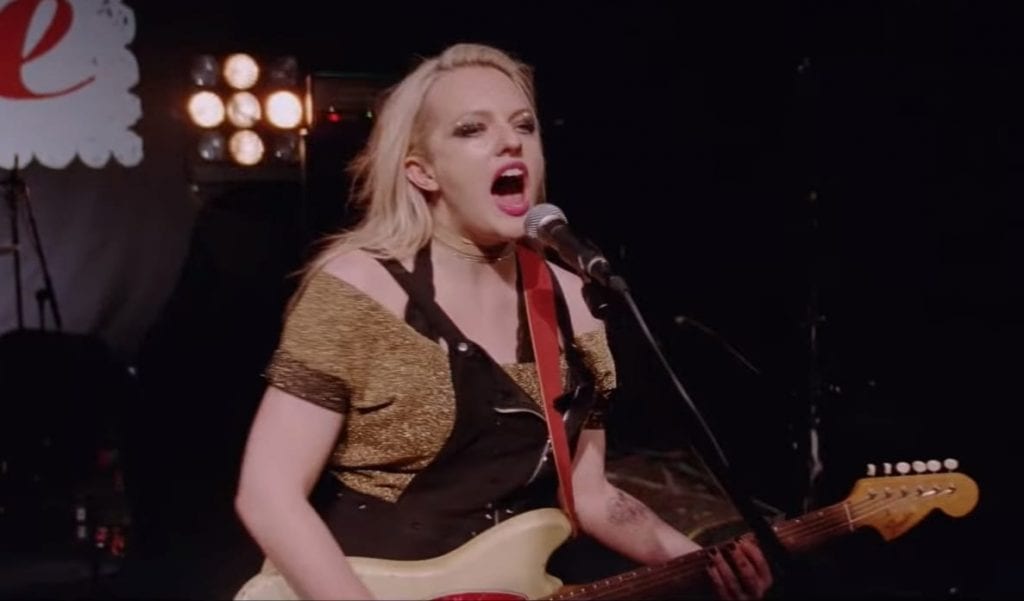 Sean Price Williams’ kaleidoscopic fever-dream cinematography, splattered with bright reds and murky blue-greens, enhances the feel of drugged-out euphoria (and dysphoria) in Her Smell. Same goes for Keegan DeWitt’s score, which highlights the tension within the band’s ranks with its low ambient hums and wheezing synth feedback.

A Triumph of Performance…

A movie like Her Smell lives and dies on the strength of its performances. Luckily, Perry has mastered the art of assembling a dynamite cast, and his actors here do stellar work across the board.

Let’s start with our lead. Moss — who’s already proven herself one of the most dynamic thespians of this century — delivers a heavy contender for the best performance of her career. She embodies Becky with an intense, terrifying menace and an aching fragility. In her hands, Becky is far more than a Courtney Love/Cherie Currie surrogate; she’s a person with real fears and regrets. It’s both miraculous and devastating to watch her in action. (Oh, and did I mention she’s also a great singer?) 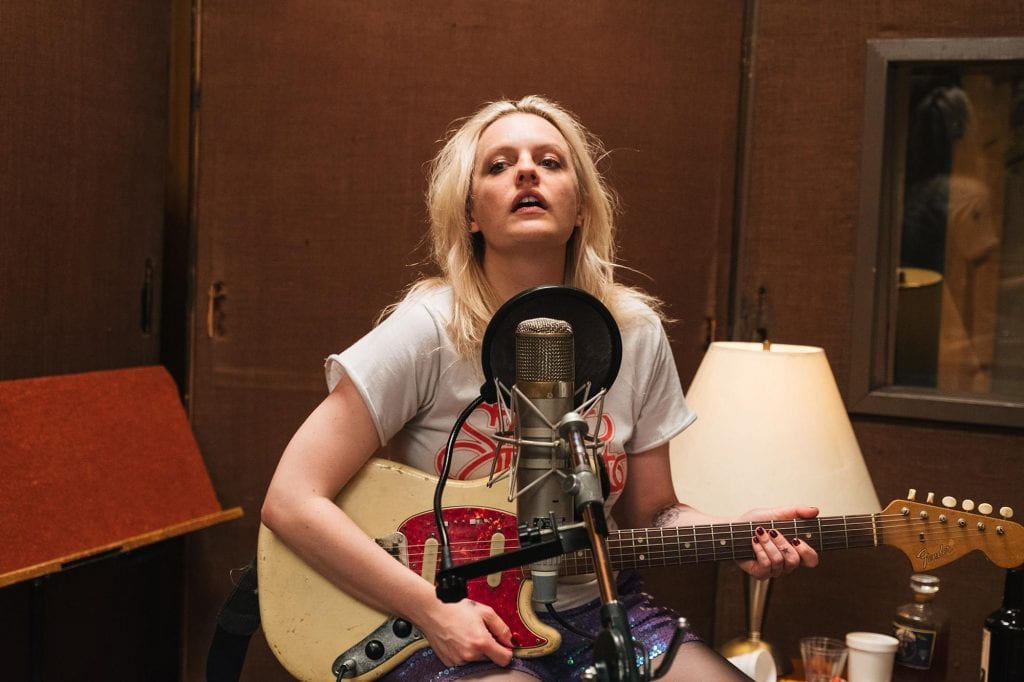 Image via The Spokesman-Review

Deyn and Rankin put in angry, spirited turns as Becky’s bandmates. The interplay between the trio bears unique, jagged kinesis that forms the heart of the film itself. As long-suffering, glacier-patient label head Howard, Stoltz is the quiet eye of the hurricane. It’s easily his most entertaining role since Pulp Fiction’s Lance.

Style goes a long way here, too. Perry steeps his movie deeply within the punk/alt-rock culture of the 90s. He intersperses home video footage of Something She’s offstage shenanigans amid the film’s action. It looks and feels like they could’ve come right out of a Penelope Spheeris or David Markey documentary.

As an added treat, the end credits feature a tongue-in-cheek montage of realistic-looking CD covers for Something She’s records, as well as those of their contemporaries. It’s little loving touches like these that lend even more authenticity to what already feels like a very real story.

Her Smell is brilliant, horrific, funny, tragic, and deeply moving — a monumental tribute to artists and the trials they experience in pursuit of their art. Seriously — as a lover of music and movies, I can’t recommend this highly enough. 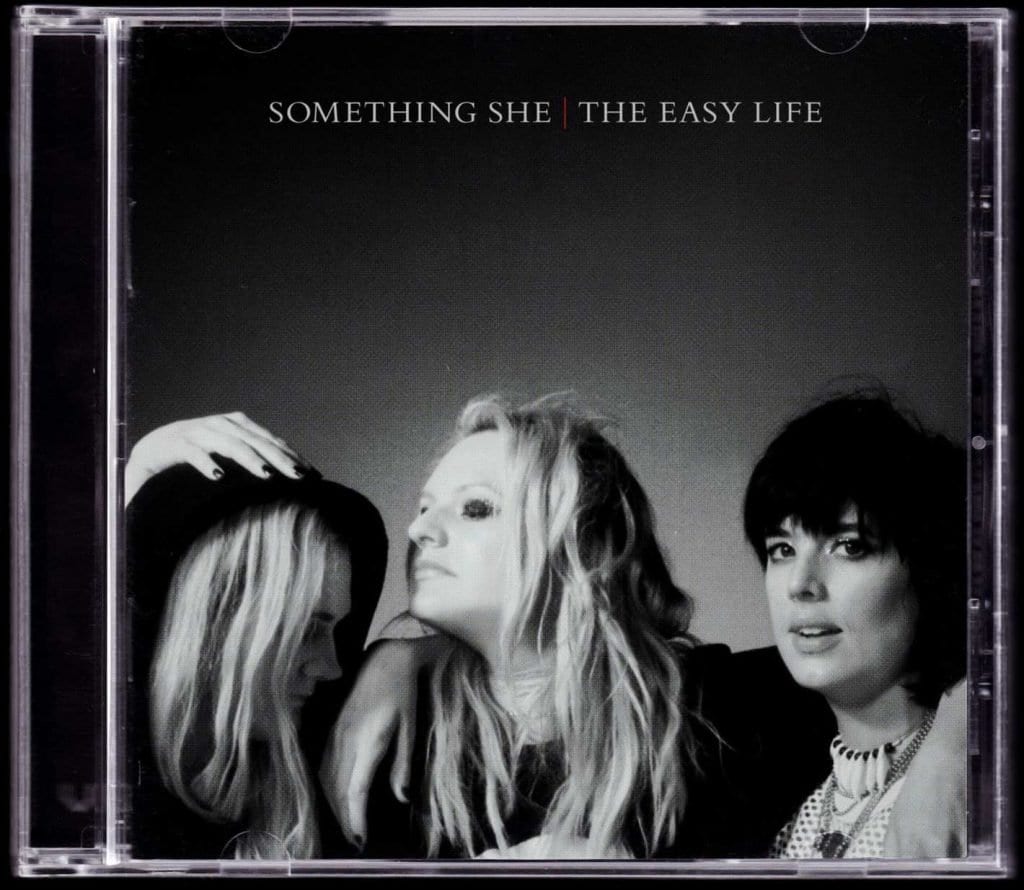 Thank you for reading! What are your thoughts on Her Smell? Comment down below!