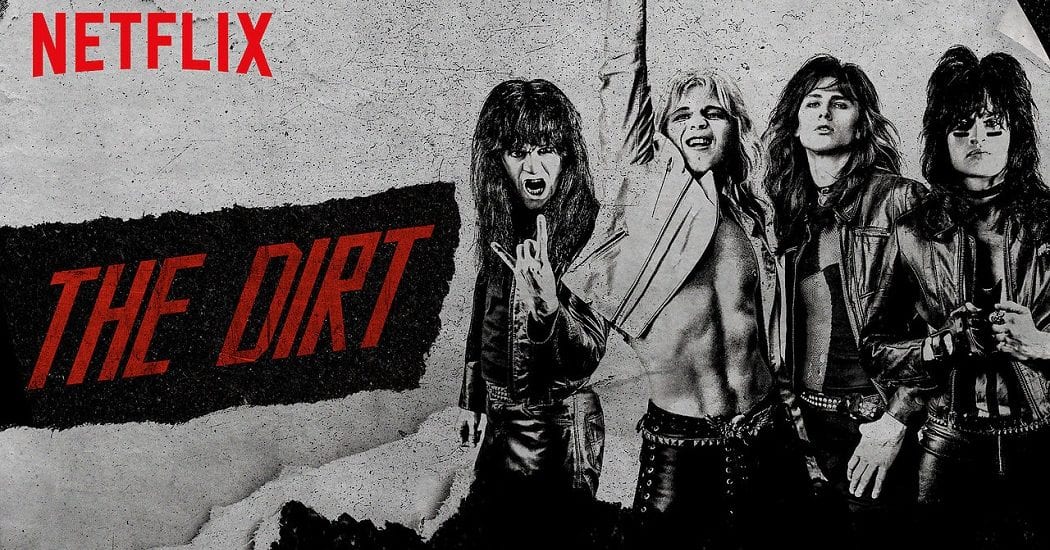 Companies that don’t have access to delicious sources of IP such as Marvel or DC comics have to get inventive in creating blockbuster films. We’ve seen countless failures as a result, some have which have almost shuttered the companies that released them. But now, studios are beginning to realize that there’s plenty of money to be made in telling the story of a popular band or recording artist, especially after the incredible financial success of Bohemian Rhapsody last year. It was only a matter of time before Netflix got into the game too, leading to the release of The Dirt, the story of Mötley Crüe.

Based on the bestselling autobiography from Mötley Crüe, the film is an unflinching tale of success and excess as four misfits rise from the streets of Hollywood to the heights of international fame.

For a discussion of The Dirt, watch the video from Austin Burke below:

Thank you for reading! What are your thoughts on The Dirt? Comment down below!

Well, I will give it a shot, just to see if I do like it.