The Best Gags in ‘South Park: Bigger, Longer, and Uncut’ 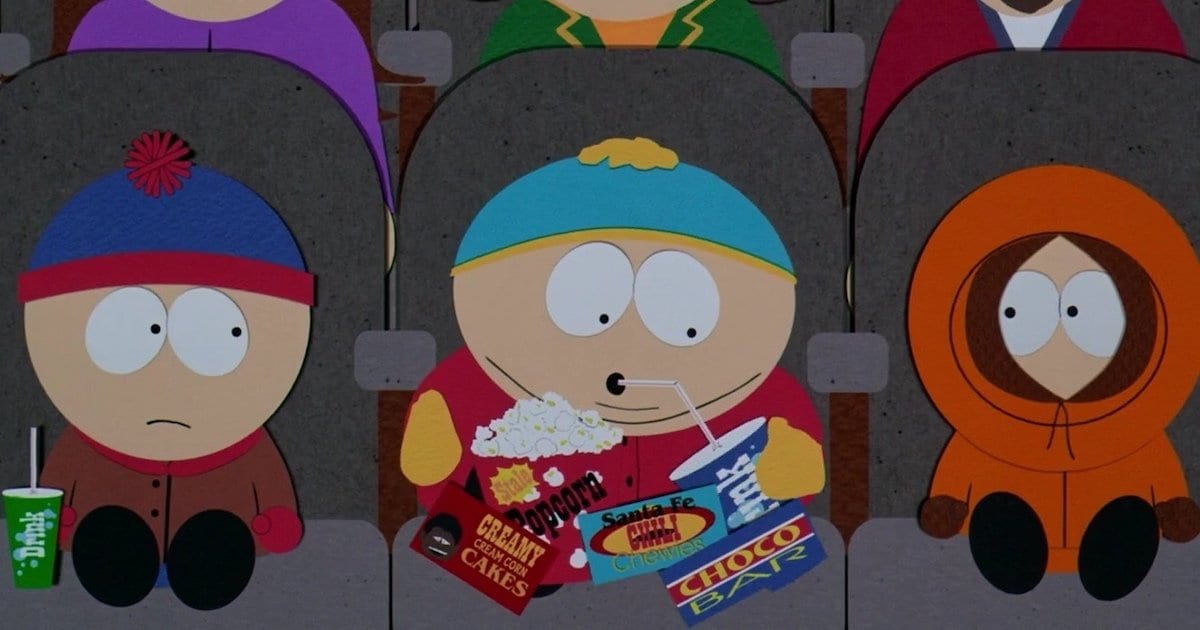 Even with all the changes we’ve seen over the last twenty years, one of the few constants has been South Park and all its stupidly intelligent glory. Since 1997, we’ve had the privilege of seeing a plethora of depraved jokes interspersed between wonderful bits of satire. Essentially, I grew up on South Park and Cartman’s scoldingly foul humor (Sorry, Mom.)

However, I’m of the opinion that South Park didn’t hit its stride until its very own movie, South Park: Bigger, Longer, and Uncut, which came to theaters after the show’s second season. It set the stage for everything that came after, from the endless jokes at Canada’s expense to the precursors of the politically incorrect song and dances numbers in Matt Stone and Trey Parker’s Broadway standout The Book of Mormon. Everything is in Bigger, Longer, and Uncut, and despite its brisk 81-minute runtime, it’s jam-packed with more jokes than any modern comedy.

Let’s take a trip through some of the film’s more iconic moments:

I wholeheartedly believe that South Park ignited the revolution of ragging on Canada for, well, just about everything. Stone and Parker had already planted the seeds for Bigger, Longer, and Uncut with a previous episode involving the Canadian comedy duo Terrance and Phillip, but they were absolutely savage when it came to the film.

The chaos starts with the premiere of Terrance and Phillip’s new film entitled Asses of Fire, where they take their usual fart-centric humor beyond the nth degree with their song “Uncle F**ka”. Naturally, after sneaking in to see the raunchy movie, the impressionable kids of South Park begin to sing it incessantly, much to the dismay of their parents.

Of course, the parents, led by Kyle’s mom Sheila, take the war to all of Canada — because someone has to be blamed for the kids’ vulgar language! (And the kids won’t admit that they repeated Terrance and Phillip’s crass language on their own volition in fear of getting grounded.) Amid rising tensions, the Canadians bomb the Baldwin’s house, killing all the Baldwin brothers, and inciting an all-out war between the two countries. Because of course that’s what happens in a civilized society!

It often feels like the reasoning behind most of the humor in South Park or any other of Stone and Parker’s properties is “because we can.” The jokes at the expense of Canada — their blocky animation design and their insistence in saying “buddy”, “guy”, or “friend” every other word, and their general “aw shucks” disposition comes to mind — is quite possibly the most prevalent example in this respect. South Park: Bigger, Longer, and Uncut is merciless to our neighbors to the north, and most other things for that matter.

The Gang Sings About Brian Boitano…and Just About Everything Else

From Cartman mocking Kyle’s mom to Satan himself bellowing a gospel hymn about ascending from Hell, South Park: Bigger, Longer, Uncut was the first — and maybe the most obvious — antecedent to The Book of Mormon. BLU is one big comedic musical, filled to the brim with absurdist songs that rag on Canada, discuss Saddam Hussein’s proclivities to change, and so much more.

One of the more famous bits stems from one important question: what would Brian Boitano do? The kids use the Olympic champion figure skater as a rallying cry at one of their lowest points, noting that he would never give up…and that he used his magical fire breath to fight bears in the Alps. Yes.

The absurdist song becomes more insane by the moment as we cut to Brian Boitano doing more and more ridiculous things, such as constructing the Great Pyramids of Egypt and pummeling Kublai Khan because he “doesn’t take shit from nobody.”

The fact that Stone and Parker have such an affinity for Boitano in the first makes the song even more hilarious. I mean, could there be a more random, but still noteworthy, individual to make the center of a rallying cry in your movie?

To be fair, Boitano has had a few appearances on the show, but you still have to sit back and admire the brazen comedic sentimentalities needed to pull off such a song. 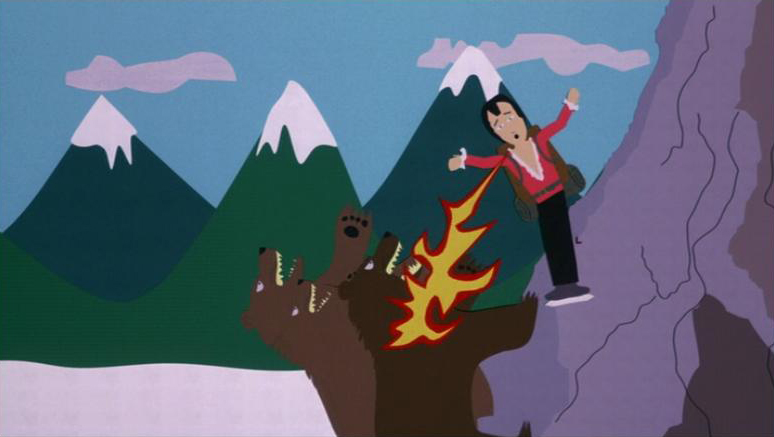 I think this one is better seen, and not explained:

A Satirical Look at Censorship

It’s almost impossible to list all the moments of slapstick within Bigger, Longer, and Uncut, which is the main reason that the film remains so prescient today. (I would be remiss, however, if I didn’t mention an outrageously funny moment where, out of nowhere, Cartman turns to Kenny and says, “I hate you, Kenny.”)

All these outlandish moments are in service to what is a clear satire of censorship and the mob mentality that comes with criticizing art’s impact on society, a theme that Stone and Parker have discussed ad nauseam in their various works. They love to be profane and silly, especially when there’s a purpose to it (or when there’s defiantly not a purpose to it). One could say that this pursuit of criticizing criticizers of art has even defined their careers. BLU posits that the existence of provocative art isn’t the be-all end-all of culture, but it certainly can be if we’re unable to engage with it correctly, or at least take a measured approach in understanding its existence or purpose.

Somehow, the film addresses this point by way of showing Satan’s homosexual relationship with Saddam Hussein. What a world we live in.

South Park: Bigger, Longer, and Uncut is stupid, routinely slipshod, and overtly wrong-headed at times, and that’s precisely why it works so well to this very day.

Thank you for reading! What are your thoughts on South Park: Bigger, Longer, and Uncut? Comment down below!

I appreciate a fellow who appreciates South Park.