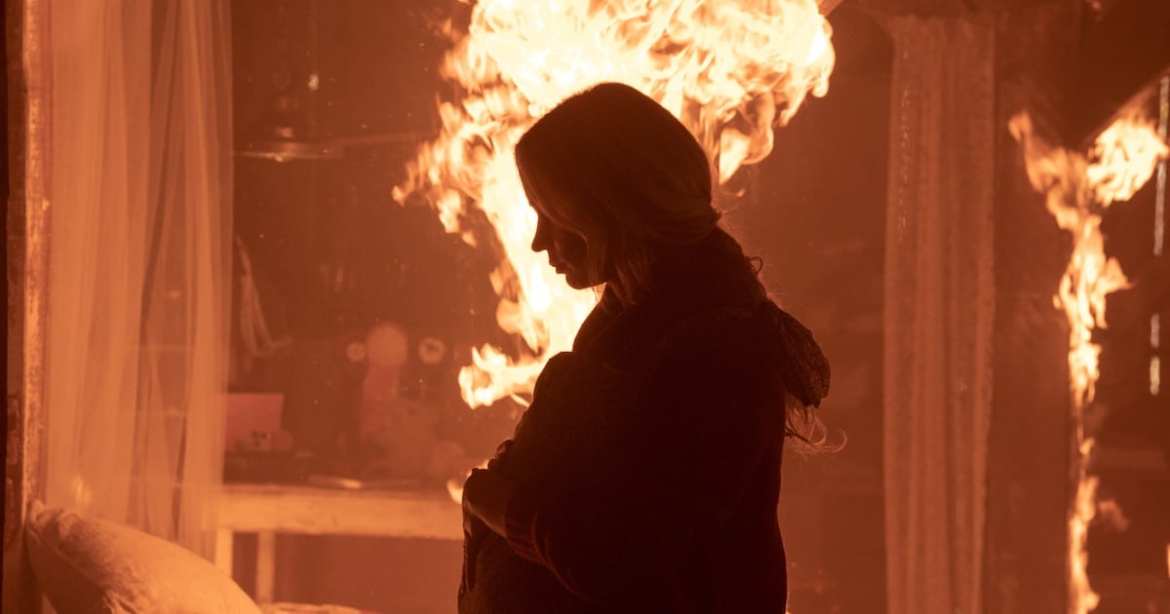 A Quiet Place: Part II has played a big part in taking movie theaters off life support, nearly matching the opening weekend box office of the original with many theaters still operating at limited capacity. And with Part III already in development, we’ll be back exploring this world sometime in the not-too-distant future.

Members of the MovieBabble staff break down some of the more noteworthy parts of the film in our A Quiet Place: Part II Exit Survey.

Let’s talk about that prologue.

Spencer Henderson: I think my thoughts about the Day 1 sequence kind of apply to this franchise overall which is, great… until you start thinking about it. It didn’t make sense to me how Lee seemed to immediately know that the aliens attacked based on their heightened sense of sound. Upon reflection, this detail has really bothered me. In the moment, I found the sequence to be thrilling and well-executed, though.

Jack Edgar: Oh bitch, absolutely. I maybe didn’t need quite as much Americana as we got, but the way the prologue used familiar sounds against us was fantastic. A normal world entirely upended into chaos in minutes.

Bethany Lola: I would have actually liked to see more of the beginning. It builds up so much around the world before everything went to shit that I couldn’t get enough of it. I think that was the perfect opening.

Nick Kush: How exactly does everyone know the monsters react to sound almost immediately? Should everyone be flailing around and yelling because they have no idea what’s happening to them? That logical leap aside, the prologue is done really well. Even though I’m not the biggest fan of either A Quiet Place movie, it’s sequences like this one that have me really impressed by Krasinski as a director.

What did you think of Krasinski making Millicent Simmonds the main character? Would you have liked more time with anyone else?

Spencer Henderson: I think Millicent Simmonds is an incredibly talented and capable actress and she is probably the highlight of this film for me. I also enjoy seeing an actor who represents the deaf community in a franchise this big. I’m anxious to see what else she does as an actress.

Jack Edgar: She is the heart of this story! Her deafness is both her greatest strength and yet still a weakness in this world, which makes her by far the most captivating character. But if you’re asking if I wanted more Blunt, Jupe, and Murphy… obviously, always.

Bethany Lola: Absolutely loved her as the main character. Although my mom made a funny yet good point regarding her hearing aids…they never last that long!! She’s been wearing hearing aids for years and she wishes the batteries lasted as long as Regan’s…

Nick Kush: Simmonds is so freaking good! I expected his franchise to become the Emily Blunt show with Krasinki out of the picture, but I’m so happy they pivoted to Simmonds instead. It was a really smart choice. But maybe we could’ve had more time with Djimon Hounsou? He died well before I understood his character motivations.

Part II is definitely a “bigger” movie than Part I. What did you think of the film’s attempts at worldbuilding?

Spencer Henderson: I personally found the worldbuilding to be kind of sloppy. I like how the characters have to exit their comfort zones and are tested by that in this film, but I had big issues particularly with how it handled the antagonistic humans in this film. Does that girl just sit on that dock waiting all day to lure people into a trap? Do those people live in the boats? Are there seriously enough survivors to sustain that type of a mini-society?

Jack Edgar: I appreciated how tight a narrative it retained, Krasinski resisted the temptation to do too MUCH, and rather just gave us a few new set pieces and hints at a broader world. Props to a sub-100 minute sequel, it never felt rushed but never felt small.

Bethany Lola: As much as I loved the film, what are the odds of the other person alive being someone they knew…I know it adds to the story, but it made it a little less “believable” than the first part. The way Emmett built his setup was very intelligent, though, and it was good that it was somewhat ruined so that if Part III follows the same characters, they would definitely have to move locations and explore more.

Nick Kush: Sudden Scoot McNairy is sudden!!! Seriously, what prompted him to take that role of “random scavenger dude that has no lines of dialogue”? Were there more scenes with him left on the cutting room floor? Honestly, seeing him pop up totally distracted me for the rest of the scene, but that’s probably more of a “Nick holy shit stop nitpicking things to death” problem than the movie’s problem. But overall, a lot of the worldbuilding didn’t quite click for me. A lot of it is rushed, as if the movie is using it just for the next set piece rather than to actually explore it. Another thing that bothered me: why is the island playing “Somewhere Beyond the Sea” to alert everyone? If they have a radio signal, wouldn’t playing a recorded message on a loop make it easier for people to find them? Clearly, they want people to come to the island, or else they wouldn’t broadcast anything at all. Why be cute with it?

What was the tensest monster encounter?

Spencer Henderson: I would say the abandoned train encounter was pretty tense. I think one of the things that makes Regan such a vulnerable lead is her lack of hearing makes the threat of this world extra dangerous for her. I think that is really well utilized in that scene.

Jack Edgar: The incredibly tense, brilliantly paralleled moments of Blunt vs. the Monster, Simmonds vs. the savages, and Jupe vs. a lack of oxygen. Every second was precious, every solution was thrilling, and it created moving moments of parental figures saving the day that pay off just a short bit later in the film’s climax.

Bethany Lola: Definitely the sequence on the abandoned train. Before Emmett came to her rescue, I thought it could be the endgame and she wouldn’t make it.

What was your reaction to Regan’s final showdown with the monster?

Spencer Henderson: I think that despite enjoying this film overall, the ending was kind of an anticlimactic letdown. This film feels very much like a middle chapter. I didn’t feel like this film told a complete story in the way that the first film did. It ended before I felt a real sense of closure and more so left me saying, “that’s it?” 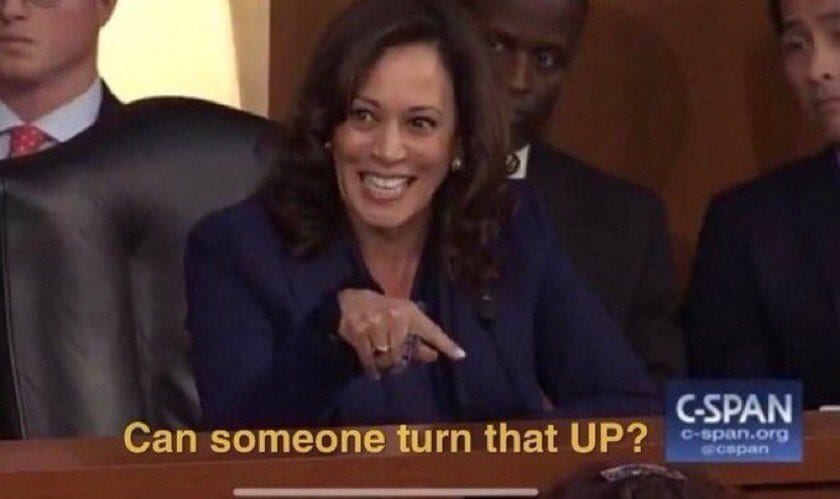 Bethany Lola: I thought the conclusion of everything was phenomenal. I love how despite them all going through some rough tasks and close calls, they all end up surviving. I loved Regan taking center stage.

Nick Kush: Honestly, I was pretty let down by it. I like the echoes of Blunt’s triumphant moment at the end of the first film with Regan coming into her own (too bad this one didn’t have the “What is the weakness?” whiteboard), but it personally felt like more of a cliffhanger for the next one than anything else.

Pitch your idea for A Quiet Place: Part III. Where do you want to see this franchise go next?

Spencer Henderson: I would definitely like them to develop the evil human tribe more. I think it would be cool to make them cannibals due to a lack of resources. I like the idea that the humans are as big a threat as the aliens, possibly even more so. I also think it would be cool to reveal a different type of alien. I don’t mean an alien that doesn’t hunt by sound, but it could be cool to have some of the creatures evolve to fly to increase the threat of the island some of our characters end up on.

Jack Edgar: This is not a franchise I’d like to see go on forever. These specific characters mean too much, and this world risks becoming one-note quickly once the mythology becomes familiar. I’d like to see Part III close us out, as the Abbott family and their new friends search for a new home with enough resources to live permanently. Their journey is juxtaposed against the efforts the deceased Krasinski went through to keep them safe at the farm for the first couple of years. Emily Blunt does not die. I would like that in writing before production starts.

Nick Kush: I hope Part III centers around Millicent Simmonds and Noah Jupe. Their sister-brother bond feels like the one relationship this franchise hasn’t fully explored yet. Both of these movies are essentially about people coming to grips with different family dynamics, so hopefully, they get to take center stage together and kill some creatures. Just don’t tell us what the creatures ultimately “want”. That would probably end up being pretty lame.

Thanks for reading! What are your thoughts on A Quiet Place: Part II? Comment down below!

I am looking forward to seeing this tomorrow. Thanks for the review.