written by The MovieBabble Staff April 27, 2021 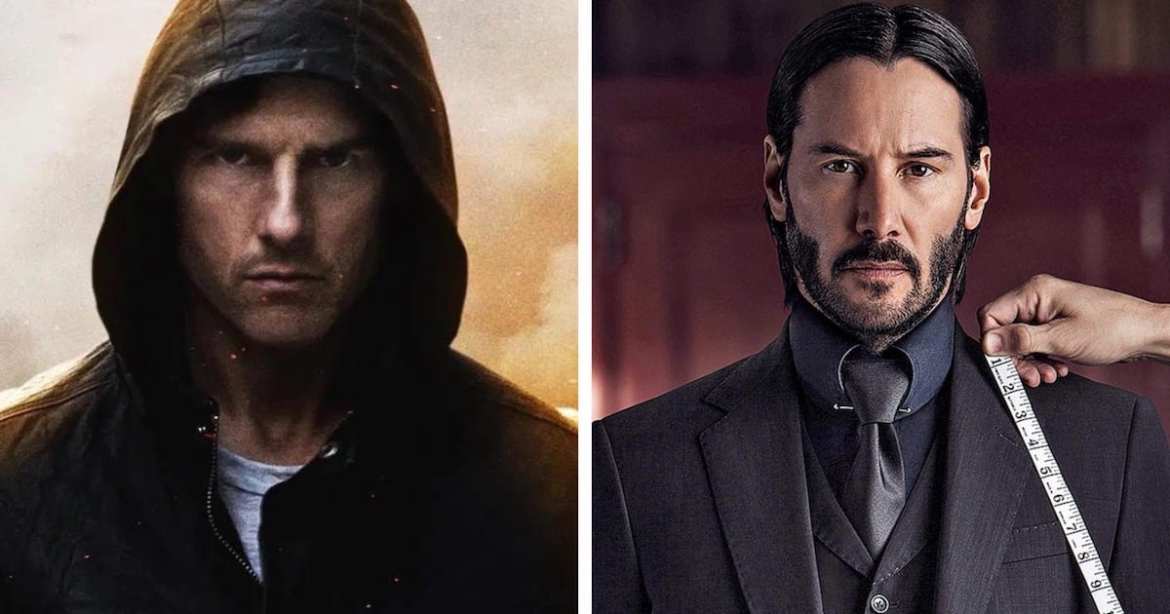 With Godzilla vs. Kong welcoming people back to theaters, extra attention is on the versus/crossover subgenre. It’s not the first time, and it surely won’t be the last time we see two iconic movie characters face off in an iconic crossover clash.

But what should be the next versus/crossover event, and how should it play out? Members of the MovieBabble staff weighed in with some of their dream versus movie ideas:

Collin Willis: It all starts when Austin tries to seduce Frank’s wife, and it ends with Frank and Austin teaming up to put down O.J. Simpson’s Officer Nordberg.

Spencer Henderson: If there is one thing that I know for certain, it is what the people want, and there is one crossover/versus film that truly would be one for the ages: E.T. from E.T. The Extra-Terrestrial vs. MAC (Mysterious Alien Creature) from the critical and commercial bomb (and blatant E.T. ripoff) Mac and Me.

The ending of Mac and Me saw MAC being granted American Citizenship by the U.S. government. We all know just how bad the U.S. government treated E.T. seeing as when his life force gave out they were only a few short hours from dissecting his lifeless corpse. The film would begin with MAC meeting Elliot at a bar. Elliot has missed E.T. his entire life and has been wanting to reunite with him. MAC is only interested in selling drugs to Elliot and quickly gets him hooked on heroin. E.T. (known as Zreck by other alien members of his race) catches wind of this on his home planet Brodo Asogi (a.k.a. The Green Planet) and after defying the scientific council of his home planet, steals a spaceship to save his best friend from the corruption of MAC. The titular fight would hearken back to the modern classic Man of Steel with it leveling an entire city and killing millions of innocent people. It would end with E.T. strapping Mac to a wheelchair, saying the line “ouch” and sending the rocket into the sun. E.T. would then use his magical healing touch to bring back the millions of innocent people and reunite with Elliot as his sponsor for rehab.

The Beast vs. Obi-Wan Kenobi

This wouldn’t be a straight-up brawl, but rather a twisted tale of tricks, mind games, and deception. Obi-Wan would be tracking a “creature” responsible for the murder of several Jedi — a beast that resembles a man, but much more ferocious. Each time he finds a lead, the description only confuses the Jedi Master more — a woman named Patricia, a man named Dennis, even a child named Hedwig. The two would cross paths multiple times without realizing it. But eventually, the Beast would lure Obi-Wan into a labyrinth or maze without his lightsaber, and then the games would begin. How well would Jedi mind tricks work on the multiple personalities of Kevin Wendell Crumb? Would force abilities be a match for incredible speed and strength?

The Thing vs. The Stuff

Brian Connor: The vaguest battle ever. The pervasive evil of the whatchamacallit battles the creeping dread of the doodad. Starring that guy with the hair and her from that show.

Jack Edgar: Mission: Impossible – Baba Yaga. They both thought they were out.

Former IMF Agent Ethan Hunt is drawn back into the fray after a mysterious organization begins a mass, targeted assault on intelligence agents around the world. The evidence leads Hunt straight to a retired John Wick, who refuses to go down peacefully for attacks he didn’t commit. Your mission, should you choose to accept it: witness two unkillable forces go head-to-head, barreling straight towards the heart of a mystery neither of them could take on alone. Bring your first aid kit, and prepare for war.

K at the Movies: A lot of these mega crossovers involve two titans going blow for blow with one another. I, on the other hand, enjoy a good battle of wits. That’s something we haven’t had before in this subgenre, which is why I’m going with a detective thriller crossover: Namely, Clarice Starling of The Silence of the Lambs and William Somerset of Se7en.

I’m conflicted on what way to go with this. On one hand, Jodie Foster, Morgan Freeman, and Anthony Hopkins is one heck of a line-up. However, a reboot taking place after The Silence of the Lambs but before Se7en has a lot of advantages. After a quick disagreement, I see Clarice helping the Se7en detectives solve a crime involving Jon Doe operating under a different gimmick, and Hannibal Lecter is playing the sinister double agent. This eventually gives us some new perspective of who the Se7en killer was before his seven Deadly Sins carnage, we get another engaging mystery, and this sets us up to use Hannibal Lecter sparsely but effectively. In the end, maybe after multiple elaborate schemes, the blame gets pinned on another guy and lets every character get a chance to shine without any consequences that wouldn’t lead into their cannon sequels.

Nick Kush: To be fair, this battle has already occurred in real life — and Marty is clearly correct in his assertions about Marvel films — but this fight deserves the big-screen treatment. The film plays as one long conversation between Marty and Feige in a board room, with Marty explaining why capital “C” Cinema matters while flexing his insane film knowledge. Feige, knowing this entire time that the MCU offers little substance and has devalued the art of framing, crumbles under the pressure, disbands the MCU, and begins pumping all the proceeds from Endgame into new projects for Marty and the World Cinema Project forever. Cinema is saved. People come out in droves to see the next Apichatpong Weerasethakul film. Indie film becomes the mainstream.

Naturally, the film would be directed by Jean-Luc Godard.

Vote for Your Favorite Pitch!

Thanks for reading, and listening! What’s your dream versus movie? Comment down below!