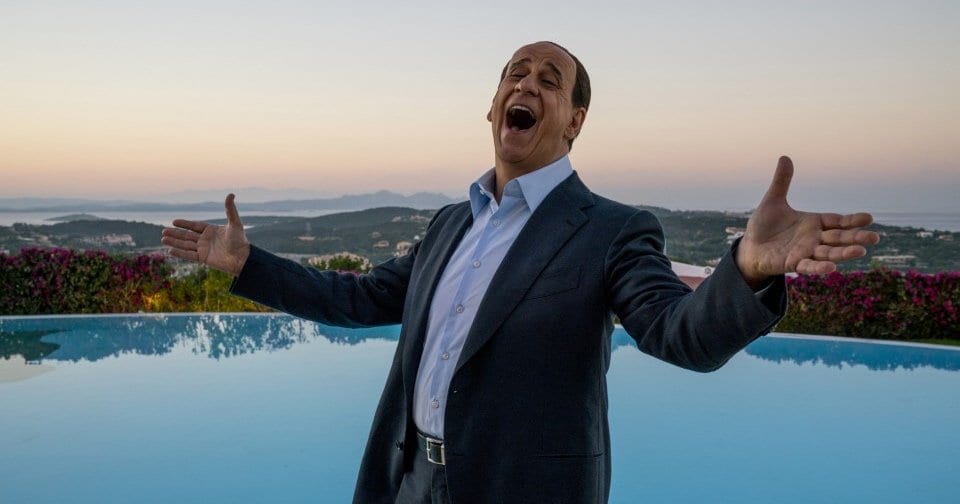 My introduction to Paolo Sorrentino’s wondrous style of filmmaking was with the first season of The Young Pope, a show that, despite much critical acclaim, became the subject of much ridicule in social media and meme culture.

I could not participate in this collective derision, however. It wasn’t just too good; it was magical.

The Young Pope blew my mind. It stood out in the highly saturated market of quality TV dramas. I fell in love with its freewheeling narrative style; its unique and diverse soundtrack, the philosophical diatribes, the intoxicating visuals, the moments of earnest melodrama and intimacy, the little bursts of erotica, and its sudden bouts of scatological and dark humor. It was the work of a true artist. Someone who did what he wanted, no matter how many supposed rules it broke or how silly it might seem at times.

A peek at his filmography showed that he has been cultivating his cinematic prowess for quite some time. I followed my hunger for Sorrentino’s work with 2015’s hauntingly beautiful Youth, a film that became an intimate favorite of mine. It just reminds how good cinema is.

When I got the chance to review his latest film, Loro, Sorrentino’s biopic on Italy’s controversial politician, Silvio Berlusconi, I gladly took the job. It has to be said, however, that I know next to nothing about Italian politics or Berlusconi — except that he is one of many sordid populists slithering his way into European politics. So I cannot verify whether or not the film’s perception of the man is authentic.

Still, I suspected that despite its political subject, the film’s ultimate message wasn’t going to be cut and dry. It would certainly not dilute the ugly truth, similar to how The Young Pope did not shy away from portraying the financial (and spiritual) corruption of the Vatican. Loro will be about Berlusconi, but it will be about many other things too.

As long as Sorrentino’s unhinged artistic style was on display, I was here for it.

Italy, 2006. Silvio Berlusconi’s rule (Toni Servillo) has been marred with scandal and corruption. As is common with populist figures, who know how to manipulate public perception to their advantage sometimes through outrageous statements, he’s both revered and reviled.

The detractors signify his obvious vacuous nature and grotesque corruption, while his followers admire his Machiavellian tactics and his unabashed, occasionally vulgar character — people love a good troll, apparently.

Berlusconi always relishes the opportunity to snake himself in the good graces of fellow politicians and the public limelight. He does this with style, never forgetting to indulge himself in the occasional hedonistic excess. This does begin to affect his personal life, however, especially his relationship with his wife, Veronica (Elena Sofia Ricci) who begins to feel increasingly alienated around him.

Meanwhile, an ambitious businessman and pimp, Sergio (Riccardo Scamarcio), knows that his financial future is settled, if he can become an intimate member of Berlusconi’s inner circle.

With his gang of beautiful young women, he uses a mansion close to Berlusconi, hoping to get his attention and become one of his many wealthy friends.

It’s hard to judge Servillo’s portrayal of Berlusconi, especially with me being unfamiliar with the real figure. I’m guessing it’s closer to being a heightened personification of the real man. In that sense, Servillo embodies the spirit of the man in all his seedy glory, instead of being an exact copy of all his public mannerisms. It’s similar to Anthony Hopkins’ Shakespearan turn as Richard Nixon in Oliver Stone’s fascinating, if warped, biopic on the disgraced ex-president.

Whether it’s accurate or not, he’s fascinating to watch from beginning to end. An undeniably charming man, just by his sheer unrepentant demeanor.

He’s a senior citizen who has the energy of young a man. A man who has perfected a smile that seems both welcoming and creepy at the same time. A man with both grandfatherly and frat boy sensibilities. He has a face puffed up by clownish make-up, with slick, black-painted hair. Essentially, he’s an old man that is desperately trying to obfuscate his aging appearance.

Servillo’s Berlusconi is the embodiment of decadence, but who can seamlessly blend himself among the common people. He’s quite the narcissist who will convince you that he’s got a heart of gold, and who has more in common with classy gangsters than your typical corrupt politician.

It’s a marvelous performance with more depth than meets the eye. Similar to Edmund Morris’ Dutch, the unorthodox memoir of Ronald Reagan, we are introduced to a man who is constantly performing, to his political allies and rivals, to friends and loved ones. His true self is hidden away, perhaps willingly or through the ultimate sacrifice. The true self that can suffocate from the rewards of political and financial success.

But at times, if you pay close enough attention, it’s still there somewhere. A glimmer in his eye, that semblance of awareness and pain. And then it’s gone. These bouts of enlightenment are transient. Sooner or later we are back to being ourselves again. Sooner or later, Berlusconi becomes Berlusconi again.

As can be expected, Loro is all style and substance. The film is a visceral delight thanks to the visceral cinematography of Luca Bigazzi. Loro wants you to bask in the wealthy excess of the upper class. Similar to Scorsese’s hilarious and earnest portrayal of Wall Street bankers in The Wolf of Wall Street, we are led into a world full of prostitution and hard drugs, where money is no object and is mostly spent on fulfilling people’s ridiculous bloated egos.

It’s funny but always honest. We are shown the exploitation of women in combination with sleazy back-door dealings. And it’s obvious that the suffering of others means nothing to these people.

All of this is shown in Sorrentino’s confident style, which is sometimes marvelously silly. From wacky transitions, sudden musical numbers (as per usual, there’s a great mixture of pop and classical music throughout the film) and the occasional clever use of CGI to enhance the ridiculousness of this world (as if reminding the viewer to not take this film too seriously).

It feels like Sorrentino just does what he wants. Regardless of its lack of subtlety, it’s deliciously entertaining from beginning to end.

Unfortunate Sacrifices in this 145-Minute Cut

As is common with Sorrentino’s screenplays, each member of the supporting cast gets a moment to shine. One might call Sorrentino unfocused, but his unconventional narratives are something I’ve always admired. Sometimes we suddenly venture into the perspective of a bit player, if only for a minute or two.

Having said that, I was initially confused with Sergio’s storyline with which the film opens and takes up 45 minutes of its running time. We become acquainted with his business dealings and his infatuation with former Berlusconi mistress Kira (Kasia Smutniak). A subplot suddenly develops between Sergio’s wife, Tamara (Euridice Axén) blackmailing another politician. It’s not that these characters are unappealing, it’s that these characters and their involvement in the narrative are completely abandoned when Berlusconi finally makes his appearance.

It came as no surprise that Loro was originally a two-parter, with both parts being released separately in Italy. It was edited down into a more marketable 145-minute cut using footage from both movies.

While this particular cut is still a spectacular piece of cinema, certain characters, plot lines, and even themes suffer in the process. Not everything receives its proper due. In the case of Sergio’s journey to Silvio’s inner circle, it does feel like we were robbed from a proper conclusion to his story.

If you want to see a documentary-style biopic of Silvio Berlusconi, then Loro might frustrate you. It’s an artistic interpretation of the character. It warns us right from the beginning that it’s a work of fiction. It’s interested in portraying the soul of this controversial figure, rather than all his misdeeds as accurately as possible.

But don’t be fooled into thinking that Loro glamorizes the man. It might not lecture on his populist politics but it’s certainly not quiet about the sordid legacy of his rule. This 145-minute cut is short of being a masterpiece, due to certain plot lines not getting a satisfactory conclusion. But it’s still a film that needs to be seen.

It’s another beautiful and captivating display of Sorrentino’s cinematic talents.

Thanks for reading! What are your thoughts on Loro? Comment down below!