‘El Camino’ is an Outstanding and Satisfying Breaking Bad Epilogue 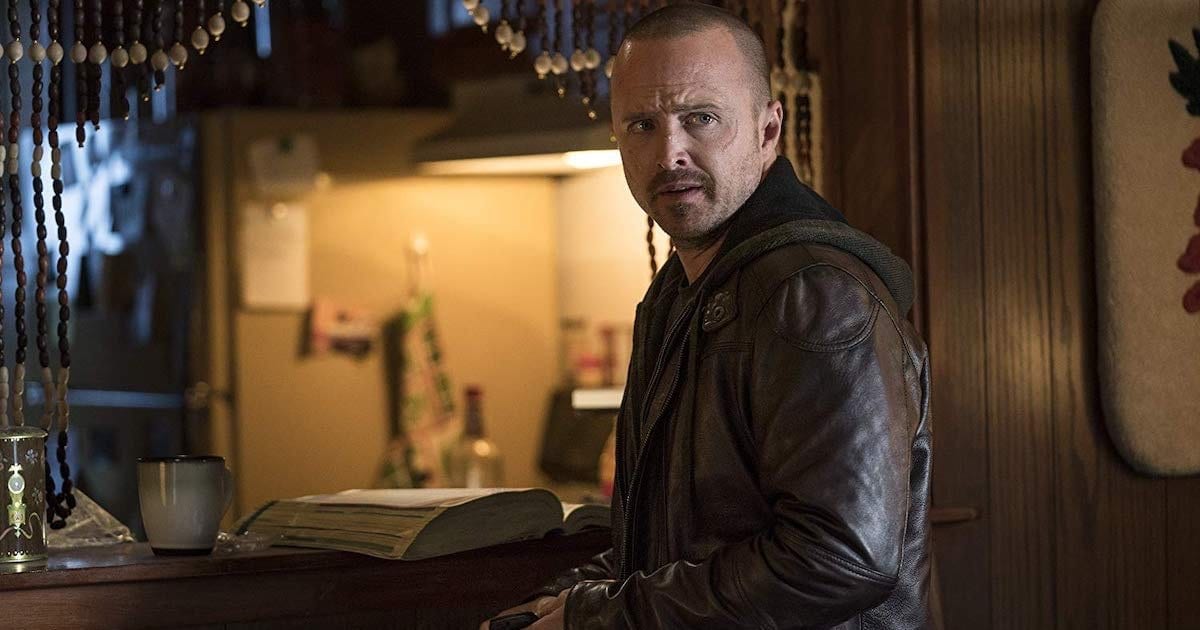 As a huge fan of Breaking Bad and Better Call Saul, I was admittedly nervous about El Camino. Jesse Pinkman’s ending in Breaking Bad was a satisfying conclusion to a beloved character. So, when I first heard about the film, I thought the entire concept of it was completely unnecessary.  I was worried that this film would somehow deflate the impact of the show’s perfect ending and thus ruin its legacy. But this film truly delivers a conclusion to Jesse’s arc and reminds Breaking Bad fans that no one should ever doubt the talents of Vince Gilligan.

The following review will contain spoilers for Breaking Bad, but not for El Camino.

El Camino starts off immediately after the events of Breaking Bad. Jesse Pinkman (Aaron Paul) has just escaped the Neo-Nazi compound after suffering 6 months of enslaved captivity while forced to cook meth for his captors. Jesse is finally free, but he is also wanted by the DEA. On the run, Jesse seeks refuge in the private domicile of his longtime pal Skinny Pete. There, Pete (Charles Baker) and their friend Badger (Matthew Lee Jones) house, feed, clothe and help Jesse any way they can.

Jesse still needs one more thing, an escape (a new life) and he needs the money to do so. As Jesse searches for money, the film constantly flashes back to past events showing Jesse’s mental state or clueing the viewer into important information.

Does El Camino Impede on the Legacy of Breaking Bad?

Breaking Bad’s legacy as one of television’s greatest series is cemented in stone and El Camino doesn’t change that. As mentioned before, Jesse’s ending in Breaking Bad was ambiguous, but it left fans knowing that Jesse was safe with his entire future ahead of him. His story felt concluded and a supplemental film felt almost unnecessary. However, after watching El Camino I didn’t realize how much Jesse’s story needed closure. In a sense, the final two episodes of Breaking Bad firmly concluded Walter White’s story and his final quest to tie-up loose ends. Yet, Jesse did not receive the same treatment, and as a beloved main character, he deserves a fitting end to a long tumultuous journey.

That being said, this film does not function without Breaking Bad. A viewer, that has never seen Breaking Bad can certainly watch this film but will understand almost nothing about it or its protagonist. That’s not a critique of El Camino at all. The subtitle of the film is literally “A Breaking Bad Movie.” El Camino serves as an epilogue to Breaking Bad, not a starting point. In fact, I recommend watching season 5 of Breaking Bad or at least a recap of the series. The film does not waste time with exposition or recapping the events of the series. The flashbacks littered throughout are all new scenes that were not present in the show, and all of them are relevant in some way to the plot or themes of the film.

All the performances in El Camino are amazing, but Aaron Paul is clearly the standout. Paul deserves an Oscar nod or an Emmy nod, whatever way Netflix wants to promote this film. Even after 6 years away from the character, Paul still manages to transform right back into character.

Aside from Paul’s performance, Jesse Plemons (Fargo, Game Night) and Robert Forster (Jackie Brown, Twin Peaks) reprise their roles from Breaking Bad as Todd Alquist and Ed Galbraith, respectively. Plemons reminds viewers just how awful and horrifying Todd is. Todd is an unpredictable monster that has ruined Jesse’s life, and yet Todd constantly wants to befriend Jesse. Plemons has played other disturbing and unsettling characters, but nothing beats Todd’s mixture of awfulness and forced amiability.

Forster, who passed away the same day as El Camino’s release, returns as Ed the Vacuum guy. Although this film centers around the end of Jesse’s arc,  in retrospect, it almost seems like an unintentional sendoff to the illustrious career of one of Hollywood’s most underrated actors.  Needless to say, this film would not have been the same without Forster’s contribution.

Breaking Bad fans could potentially skip this movie altogether. Ostensibly, El Camino seems unnecessary simply because Jesse’s ending in Breaking Bad was a satisfying conclusion to the character. It allowed the viewer to imagine a happy future for him, far from the meth industry. Yet, El Camino competently showcases that there is still more story to tell. Jesse’s story needed closure while Walt got his at the end of “Felina”.

Yes, El Camino feels like an extended episode of Breaking Bad, like two larger episodes put together, but there is nothing inherently wrong with that. The visual style is familiar, Dave Porter’s score and the film’s soundtrack are both outstanding. For Breaking Bad fans, El Camino is a must-watch, because to live in this world for just two more hours is an opportunity that shouldn’t be passed on.

Thank you for reading! What are your thoughts on El Camino? Comment down below!