For the Love of God, Do Not Waste Your Time with ‘Mary’ 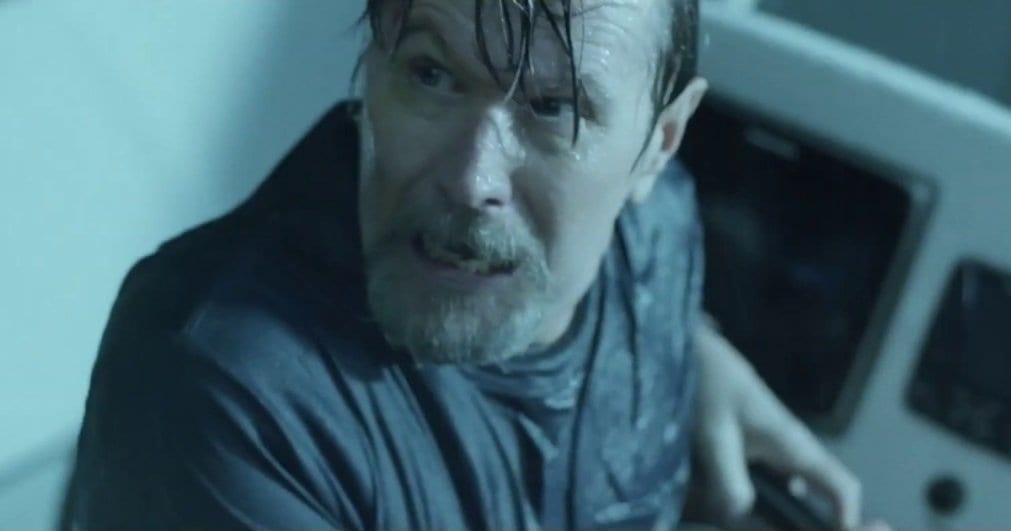 You might not believe this, but there used to be a time when a movie starring either Nicolas Cage or Gary Oldman would be an indicator of high quality. This seems like such a long time ago, almost like a dream, a vision from an alternate universe. Not all of their early works were masterpieces but they were at least indicative of their cinematic presence. They made you understand their appeal, even if you didn’t fancy the particular film.

Similar to Cage, Oldman occasionally stresses his acting muscles. A few years ago, he wowed the audience with his latex-heavy performance of Winston Churchill in Darkest Hour. This is their careers — they make a movie that reminds you how good they are and then they proceed with VOD trash.

There was a faint hope that Mary might be a secret winner. I hoped it wasn’t as bad as it looked. My instincts told me to stay away but I’m also horribly stubborn. Perhaps it was because Mary sounded similar to Mandy –which is one of the greatest films of all time in my mind.

I know, what a flimsy reason! If I just watched the trailer, I could see that this was going to be a painful watch. My wasted time is all upon me.

So please, don’t make the same mistake I did.

A stranded woman on the seacoast is picked up by the Florida police. The woman in question is Sarah (Emily Mortimer), who together with her two kids, is the survivor of some harrowing ordeal on board a boat called Mary.

The authorities naturally want to get to the bottom of this. They send Detective Clarkson (Jennifer Esposito) to interrogate Sarah, who then narrates the spooky happenings on Mary. Going back in time, we see that her husband, David (Gary Oldman), is enchanted by Mary at a boat auction, citing its nostalgic qualities. David yearns to start his own tourist business, wanting a better life for himself and his family.

Without consulting his wife, he buys the boat. Sarah is naturally aggrieved by this but is swayed by his passion. There’s something special about this boat, he keeps telling her.

He wants to give it a test run to the Bermudas. On board, there’s his teenage daughter Lindsey (Stefanie Scott), youngest daughter Mary (Chloe Perrin), teenage shipmate Tommy (Owen Teague), and first mate Mike (Manual Garcia-Rulfo).

As they venture into the seas, strange things begin to happen. Sarah experiences creepy dreams…filled with jump scares! The daughter draws creepy things and Tommy seems increasingly withdrawn. It doesn’t take long before Sarah tells her husband to go back, telling him that there’s “something going on in this ship.”

But whatever evil lurks within that ship, it isn’t planning to let either of them leave alive… (but if you know the beginning, you know who will survive and who won’t so, there’s not much suspense…)

I guess I’ll start with the positives, even with how few there actually are. The only thing I can think of is that the acting never made me cringe. Well, the acting is serviceable. Gary Oldman is just going through the motions. He’s neither bad nor incredible in the film. It’s partly the script as nothing is interesting about his character.

Most of the heavy lifting comes from Emily Mortimer, who, bless her heart, tries her best in the more dramatic scenes of the film. She seems genuinely terrified in certain scenes. I commend her for not phoning it in. If there’s one positive about the movie it’s Emily Mortimer.

Jennifer Esposito, who I usually like, seemed disinterested throughout the film. This is especially clear in the lame finale, where the last expression we see from her, conveys none of the “terror” we are supposed to be feeling.

I don’t think I need to tell you that this film is not particularly scary. In a way, it didn’t need to be. The ridiculous premise is about an evil boat. John Carpenter’s Christine, a clear point of influence, wasn’t scary but it was engaging, fun and stylish throughout — Mary fails to capture those same feelings.

If you like jump-scares (I don’t) there’s some of them here. Besides maybe one, none of them are particularly effective. All of them are tired and predictable.

There’s no coherent mythology surrounding the evil boat, Mary. There’s a little back story about its previous crew disappearing, but that’s about it. Its powers are incoherent. Sometimes the boat can possess people, which makes its hosts do bad things. There’s no logic in its actions. It just seems to appear whenever something spooky needs to happen.

There’s quick talk about evil just needing a body. The boat is its body. But it doesn’t have any character, no real motivations. At least the aforementioned Christine was in love with its driver and wanted to avenge its abusers.

Horror movies need rules. There are no rules in Mary. It’s just a series of boring, “spooky” scenes.

I’ll be honest, I struggled to pay attention. I get annoyed with people who look at their phones during movies, but even I had to stop myself from doing this numerous times.

Mary is never engaging, even with the two great actors involved.

I don’t like calling films “boring” but it’s a pretty adequate description for Mary. It’s only 84 minutes but I caught myself looking at the clock five times at the very least, audibly sighing when I saw I still had 45 minutes to go.

Let alone that the film begins by telling you who will survive. So there are no real surprises. There’s a supposedly creepy twist at the end, but it’s like most of the movie: tragically uninspired.

While it didn’t anger me as much as Murder Mystery, Mary is certainly one of the worst movies I’ve seen this year. It’s the worst kind of bad. The kind of bad that doesn’t even give you a chuckle about how awful it is. It doesn’t even provide with enough good cringe — or some top-notch over the top Cage action, which is often the saving grace of the bad VOD Cage movies.

It’s a bitter waste of talent. Oldman and Mortimer can do so much better. It’s the dullest and uninspired film I’ve seen this year. I know people look at me funny for liking The Fanatic unironically, but at least it gave us a highly entertaining John Travolta performance.

So if you want to see a good horror movie this October, see Haunt, In the Tall Grass or possibly the upcoming Wounds. Just don’t, for the love of God, waste your time with Mary.

For Mortimer and Oldman’s sake, I hope the money was good…

Thanks for reading! What are your thoughts on Mary? Comment down below!

I had never even heard of this movie but your observations are hilarious! I’m just picturing you sitting in the theater checking your phone constantly…

“Horror movies need rules” a thousand times this.
Unfortunate spoiler alert..’Wounds’ is garbage for exactly this reason. Is it ghosts, a portal to hell, possessed cockroaches? Nobody, least of all the writer, knows.