‘In The Tall Grass’ Starts Spooktober Off Nicely 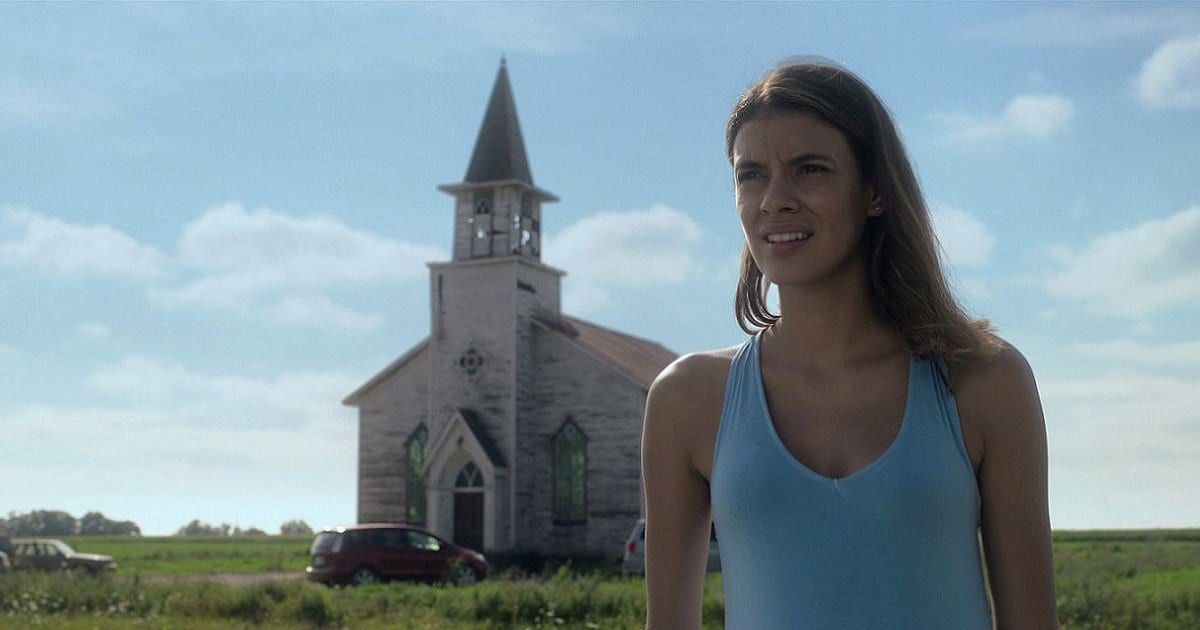 From The Mind Of Stephen King…

…is no guarantee of cinematic quality. For every Stand By Me or Misery, there’s a Pet Sematary or /shudders Maximum Overdrive. So where does this adaptation of King and Joe Hill’s In The Tall Grass lie on the spectrum? Thankfully, nearer the great end of things. It’s an entertaining, solidly scary film that doesn’t overstay its welcome.

The following review will be spoiler-free

While driving through the heart of Kansas, brother and sister Cal (Whitted) and Becky (Oliveira) hear a young boy’s cry for help from a field of tall grass. Venturing in to help, they find the field has dark secrets within and may be inescapable.

From The Mind Of Vincenzo Natali

The original novella has been used only as a jumping-off point for Natali’s film. It was only fortyish pages and was more a (terrifying) mood piece than a story with a beginning, middle, and end. The writer/director has made In The Tall Grass very much his own thing. After a long spell away from film for the world of television (including episodes of Westworld, American Gods and Joe Hill’s Locke And Key) he’s returned with a film that has his style stamped firmly in place.

If you’re familiar with cult classic Cube, then this movie will ring a few bells of recognition. Like that movie, a disparate group of strangers finds themselves trapped in an inexplicable situation that promises to become deadly before too long. The claustrophobia of the dense grass builds paranoia in the people steadily. People who have their own histories and simmering issues carried with them into the jungle of grass. These would cause enough conflict on their own before the field begins to toy with them.

Not In Kansas Anymore?

Natali makes an excellent job of ratcheting up the tension and disorientation swiftly. The feeling of being lost, and more specifically being lost when you were right there a minute ago, is a universal fear trigger and it’s deployed here expertly. And that’s before things get REALLY weird. Whatever is happening in the field, it plays with time, space and maybe even life and death. Everything is kept off-kilter, it’s impossible to trust your perceptions and you certainly can’t trust all of the people trapped with you.

Pleasingly, the film avoids the cheap horror writing tropes like “let’s all split up and go into the basement”. There isn’t a point where as a viewer you find yourself thinking “Don’t do that, you idiot!”

Patrick Wilson, as anyone who has seen Hard Candy or Little Children, is great at appearing unsettling. He’s perfectly on form here. If there is a criticism of In The Tall Grass, it’s that the rest of the largely inexperienced cast don’t quite match up to him.

Too Good For Netflix?

There’s a conundrum with streaming service originals. In spite of the prestige of pictures like Roma or The Irishman, there’s a perception that films go to streaming because they weren’t good enough for a cinema release. If In The Tall Grass doesn’t attract the audience of Pet Sematary (2019) or Carrie (2013), then that would be a shame as it’s far superior to those despite their holding the kudos of the big screen. In The Tall Grass would probably up the scare levels in the cinema. The pitch darkness and, more importantly, the ability to play with the sound source would really enhance the parts where the cast is surrounded with greenery and trying to find each other by calling out or later trying to avoid threats denoted by rustling noises. (If you have fancy surround sound speakers at home, this film should make the most of them.)

In The Tall Grass isn’t going to convert non-horror fans but for fans of scary movies, Stephen King and Joe Hill, and Natali’s earlier work (I’ll go to bat for Splice being criminally underrated) it’s a solidly entertaining horror well worth adding to your to-watch list.

Thanks for reading, and listening! What are your thoughts on In the Tall Grass? Comment down below!

[…] Henry Kuttner, published all the way back in 1936 in Weird Tales. The guest director this time is Vincenzo Natali, known mostly for the cult classic, […]

Thanks for reviewing this. It wouldn’t have been on my radar otherwise. I think we generally agree on the high quality of this film. https://coolpapae.com/2019/10/19/in-the-tall-grass-1-2-we-all-live-on/

I usually enjoy Natali’s works, including Splice, I hope I’ll find a way to see this one (I don’t have Netflix and I don’t want it)!