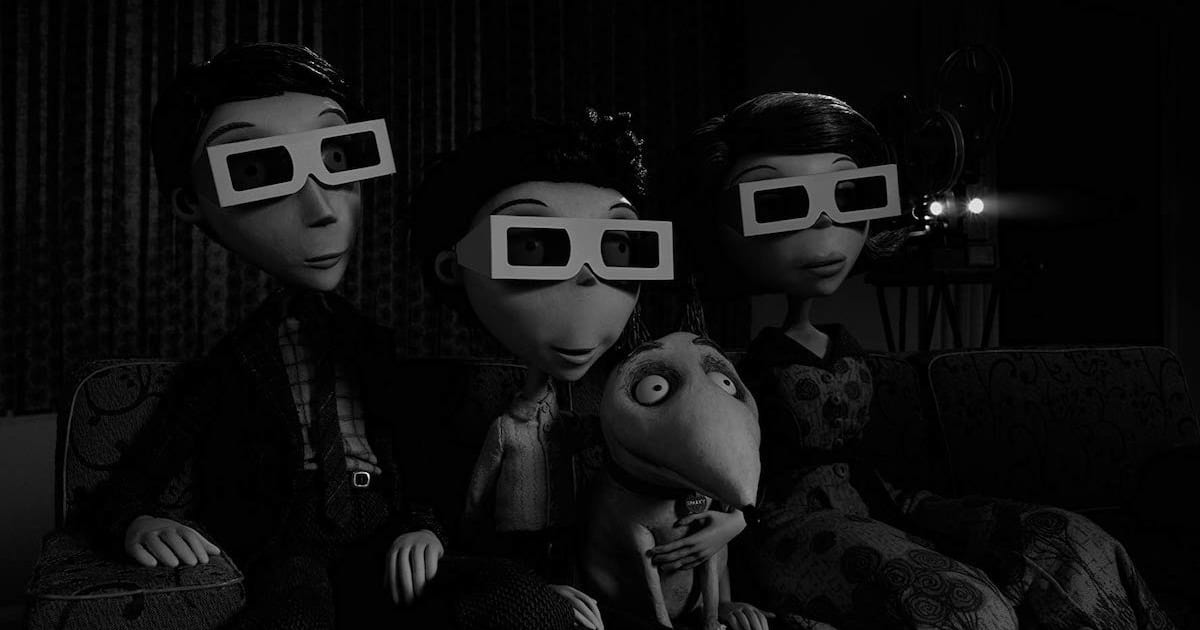 For many people, Halloween means watching horror movies. Television networks air marathons of the standard franchises:  A Nightmare on Elm Street, Friday the 13th, and my favorite, Halloween. While I do partake in some of this, for me, this holiday is all about Tim Burton movies.

When the Halloween season comes strolling in, all lanky and dressed in black, it does so accompanied by a Danny Elfman score. You’re picturing the season personified as Jack Skellington from The Nightmare Before Christmas right now, aren’t you? Of course you are, because October was directed by Tim Burton.

My Love of Halloween: An Origin Story

I have loved Halloween for as long as I can remember. According to my mother, I was born this way. When I was just under a year old, she put me in costume and took me trick-or-treating. At the end, as we approached our front door, mom said, “let’s see if daddy recognizes you.” He opened the door, feigning surprise. As legend has it, I almost immediately blurted out, “trick or treat, daddy!” Cover blown.

My mother frequently told the story as I grew up, tearing up more often than not. You see, dad loved Halloween so much, it became part of his legacy after he passed away on Christmas of 1981.

We officially adopted Halloween as the favorite holiday in our house, with July 4th close behind (fireworks were my jam, and his). As you can imagine, Christmas wasn’t welcomed all that warmly for the better part of the decade.

As I grew up, I saw a lot of movies, including a fair amount of horror. I probably shouldn’t have done that, as I was kind of a nervous child. What I saw on the screen really stuck with me. I became convinced the creepy creature from An American Werewolf in London was going to snap at me from under the couch. Jaws, and its sequels, had me checking swimming pools for sharks. For years. And those films aren’t even officially horror! London is largely considered a comedy (albeit a gory one), and Jaws is usually classified as action/adventure.

This is likely how my mother’s rule of no “scary” Halloween costumes came to be. She didn’t want me to give myself nightmares, I guess. I remember how victorious I felt the year she finally agreed to let me be the evil queen from Snow White.

It was one of those thin, sharp plastic masks with the elastic string that goes on the back of your head. The eye holes in said masks were never quite right, so your vision was compromised (you know, as you’re walking around at night!). It came with a tacky smock that actually had the character pictured on it. How did anyone ever think these were a good idea?

Over the years, I started to crave things that were a little bit spookier. Though, I was still pretty easily spooked. If only someone made movies that were dark, but not ruin-your-life horrifying. Hmm…

My introduction to the world of Tim Burton was, as with most people of my age group,  Pee-Wee’s Big Adventure. That movie quickly became an absolute staple of mine. Silly, quirky, and just twisted enough that it felt somehow “wrong” to watch it (especially the Large Marge scene). It was perfect. Just what my nervous, and slightly dark, little heart ordered.

Next came Beetlejuice, which was a hit with my mom and I (and even my older brother). Even though I didn’t pay attention to things like directors, or composers at that age, I sensed the connection to the Pee-Wee movie. It was just familiar enough in its music, and overall vibe, to make me comfortable. The Harry Belafonte music helped, too, as my mom listened to him a lot. A lot.

Over the years, I saw more and more of Burton’s movies, such as Batman (#TeamKeaton!), Edward Scissorhands (still my favorite), and James and the Giant Peach (adapted from one of my favorite books). And I noticed a trend. When October arrived, I craved his movies, like comfort food. It was an almost chemical thing. Chill in the air, Halloween décor going up… break out the Burton!

This was before he made more obvious Halloween fair, like Sleepy Hollow, The Corpse Bride, The Nightmare Before Christmas (which is required viewing October through January), and Frankenweenie. So the Burton = Halloween (and vice versa) thing didn’t make as much sense back then as it does today.

One day, it finally dawned on me. His films fit perfectly with the way I celebrate Halloween. My decor is usually more cutesy, and a little spooky, not the four-year-old running away screaming in terror stuff. My costumes tend to basically be cosplays from various fandoms. Like this year, with my Hufflepuff Hogwarts robe, and homemade wand.

Neither Burton nor I go all that deep into terrifying people. Okay, so there was that year my clown costume took a bad turn, because it rained. And, yeah, he made Sweeney Todd: The Demon Barber of Fleet Street.

And we stay away from over-the-top wacky, too. Wait. There is that glittery purple skull I put out some years. Burton had Pee-Wee, and his and Johnny Depp’s take on the character of Willy Wonka. But, you know, we’re not generally over-the-top goofy. Or maybe we just don’t think we are.

There’s sort of a cloud that hovers over Burton movies, both in story and lighting, that draws me in, and puts me in the Halloween spirit (yes, that’s a thing). His color palettes, the aforementioned musical scores, his quirky characters, and that overall wink and nudge to the audience are magical. His movies are virtually their own genre, like Alfred Hitchcock, or some (such as me) would argue, Wes Anderson.

In short, Tim Burton is just enough like me to make me comfortable, and just different enough to be bold and brilliant. Happy Halloween! Break out the Burton.

Oh, and for the record… I still check under furniture for that damn werewolf!

Thank you for reading! What are your thoughts on Tim Burton movies? Comment down below!

[…] 3D (also known as Saw VII or Saw: The Final Chapter) turns ten this Halloween, so what better time than now to look back at the franchise as a whole. Saw 3D was supposedly the […]

Yeah, I have some exceptions, myself. Ha ha. :)

The Vampire Takes New Form in ‘Boys from...