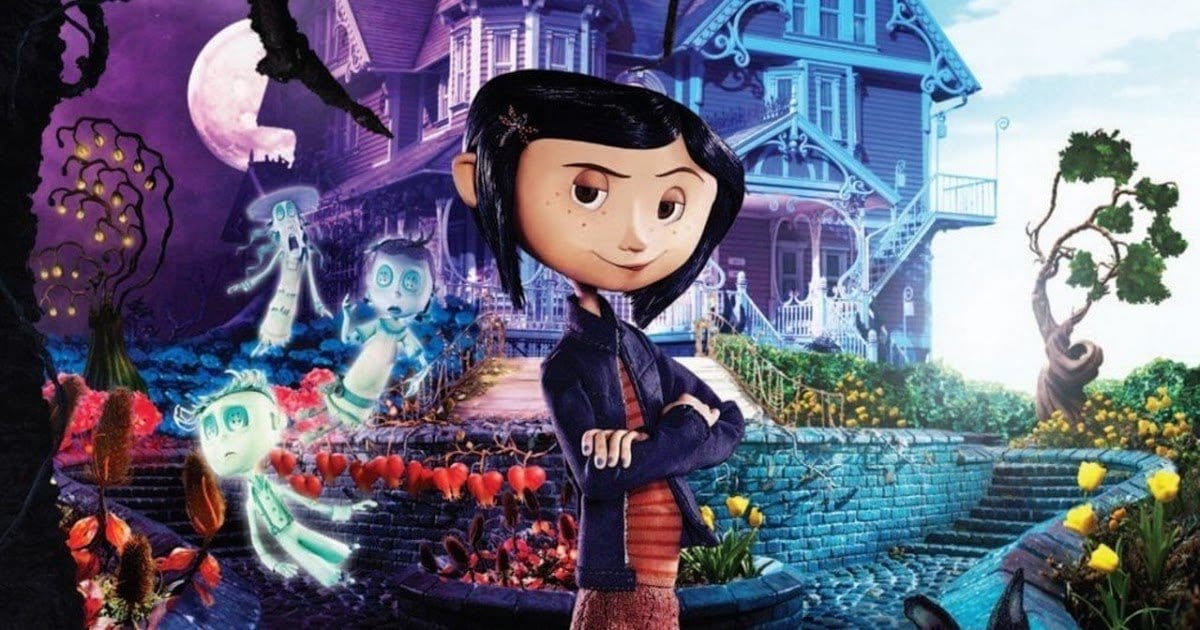 Halloween will soon be upon us, and I’ve had my favorite scary classics stockpiled since June. It’s not easy being a casual horror fan in a family, hoping that some classic horror films get remade or that the content of the movie that gets picked works for everyone involved. So I’ve compiled this list of spooky, scary fun that everyone can watch together.

The Time of Their Lives / Hold That Ghost: Two Abbot & Costello classics that are a hauntingly good time.

Coco: Though the cast of characters are primarily skeletons, there’s a beating heart to this ode to Dia de los Muertos.

Poltergeist: Might want to save this one for the bigger kids.

The Black Cauldron: While considered the black sheep of Disney animation, there’s plenty of fun dark fantasy to go around.

Army of Darkness: The emphasis on physical comedy over scares makes this the only Evil Dead movie I’d show my kids.

Pinocchio / Snow White and the Seven Dwarfs: Cute Disney fun, you say? Need I remind you of the Wicked Queen’s transformation and the boys turning into donkeys?

Something Wicked This Way Comes: Probably the closest Disney ever came to creating a true horror movie, this adaptation of Ray Bradbury’s dark tale succeeds in balancing terror with nostalgia.

I didn’t want to start the list with something so predictable, but I can’t help it. Hocus Pocus has earned its cult classic status. From its deliciously hammy performances, to its stirring score by John Debney, to its oddly quotable lines (and dare I say subversive virgin shaming), this movie has it all. Take that all away and you still get a film that feels like the spirit of Halloween is oozing from every pore. This year marks its 25th anniversary, and fans, cast and crew alike have been celebrating all month long. I highly recommend doing the same.

Infamous for scarring a generation of 80’s kids, Return to Oz is the terrifying spiritual sequel to The Wizard of Oz — and it is brilliant. Adhering closer to L. Frank Baum’s fantasy novels, this second trip over the rainbow is less whimsical and more psychological. Once trapped in the dull reality of Kansas, Dorothy returns to find Oz isn’t as pleasant as she first remembered. While often times bleak, it never loses its heart thanks to a compelling performance from Fairuza Balk, her lovable new companions, and some insanely creative sequences you could only find in the land of Oz. It’s the right kind of scary that only makes you want to see the heroes pull through all the more. As fantastical as it is spooky, Return to Oz is another overlooked staple of freaky 80’s fantasy.

A remake of Tim Burton’s live-action short of the same name, Frankenweenie flips the tables on the traditional Frankenstein story. Burton’s macabre yet tender take on the “boy and his dog” trope is a touching outing for anyone who’s ever loved — and lost — a pet. It expands upon the original short by introducing new characters that call back to Burton’s love of the dark and deranged (our hero’s mentor, a science teacher whom the town believes is a dangerous mad scientist, eerily resembles Burton’s own muse, Vincent Price). There’s pastiches to every classic horror movie on the spectrum, especially in the fun climax. We get a break from Johnny Depp and Helena Bonham Carter in this outing; Catherine O’Hara, Martin Landau, and other prominent voices from Burton’s oeuvre fill out the cast.

If Stephen King and Guillermo Del Toro collaborated on a project (one could only hope), it still wouldn’t be half as imaginative and frightening as Coraline. It should come as no surprise; after all, Henry Selick of The Nightmare Before Christmas fame directed it. Neil Gaiman’s inspired prose comes to life in the best stop-motion you’ll ever see. It slowly assures you there’s nothing to fear from the button-eyed creatures that inhabit Coraline’s Other World, then hits you hard with the price you must pay to stay there. Our titular character is equal parts spunky and innocent, and one of the best scary movie protagonists to follow in recent years. It’s a beautiful, bone-chilling fairy tale you shouldn’t miss.

All right, I’m cheating a bit here as it’s only half of a film — and an overlooked film at that — but if there’s a version of the Headless Horseman tale that comes close to chilling perfection, it’s this one. Both hilarious and terrifying, Disney’s Sleepy Hollow leaves you with the most colorful of nightmares. It’s no wonder it played a massive inspiration on Tim Burton’s take. The buildup to the Horseman is even more chilling than the headless specter himself. And when he does show up, heads do indeed roll. Add some hummable tunes and narration by Bing Crosby, and you get an unforgettable wild ride through the Hollow.

It took extra viewings for me to appreciate Beetlejuice since I grew up with the cartoon loosely based on it. Setting that aside, however, it’s rightly earned its title as a Halloween classic. Every second is bursting with Tim Burton’s crazy visual aesthetic. It shows death as something to not necessarily be feared, but to not to be trifled with either. I always enjoy a cast made mostly of character actors, and this one is no exception — Jeffrey Jones, Catherine O’Hara, and of course, Michael Keaton as the show-stealing titular ghost with the most. The afterlife has never been more alive.

Laika’s follow-up to Coraline resurrects the traditional zombie flick with a dash of The Sixth Sense while adding some incredible twists. It’s playful, thrilling, and clearly made by fans of all things spooky. Look carefully and you’ll find shout-outs to John Carpenter, Dario Argento, Friday the 13th, and even Manos! There’s also a very timely message about how things that are different aren’t always something to be feared and, on a more timely note, how letting fear drive your actions can lead to terrible consequences. Up until Disney’s Moana came along, ParaNorman’s emotional climax held the top spot of my favorite movie scenes of all time. I dare not spoil it, so I urge you to check it out for yourself.

Nearly thirty-five years later, we all know who ya gonna call. No amount of sequels, or reboots can diminish the thrills of the original Ghostbusters. As a native New Yorker, I can take pride in the fact that one of the best comedies ever made was filmed in my hometown. The lines are still hysterical, the scares both shocking and side-splitting, and the casting is lightning in a bottle. The risqué humor flew right over my head as a child, but now I can appreciate it and laugh even harder. I’d say any kid who fears ghosts will get a kick out of seeing them busted by New York’s finest.

If you want a great introduction to the Universal Monsters for your kids, look no further. Seventy years later, this movie piles on the laughs and chills you can only find from the House That Horror Built. Our hapless heroes Bud and Lou go up against the unholy trinity – Frankenstein’s monster, Dracula and the Wolfman — and terror has never been funnier since. Bela Lugosi and Lon Chaney Jr. return to their infamous roles in prime form. Glenn Strange substitutes for Boris Karloff’s monster, and the difference is barely noticeable. The effects may be hokey by today’s standards, but it lends to the film’s quaint old-fashioned charm.

An easy choice, sure, but The Nightmare Before Christmas was my gateway drug to the realm of horror. Tim Burton and Henry Selick reveal that the macabre can be as fun and endearing as any family flick. You have the best both holidays rolled into one movie; stunning visuals, lovable iconic characters and a perfect musical score by Danny Elfman all combine to tell a timeless story. With Jack Skellington and crew getting more exposure nowadays, I guarantee children will be more charmed by this Nightmare than terrified.

Thank you for reading! What are your favorite scary movies you watch this time of year? Comment down below!

Nice to see Abbott and Costello being represented!

I dunno what my fave is. I do like Return to Oz.