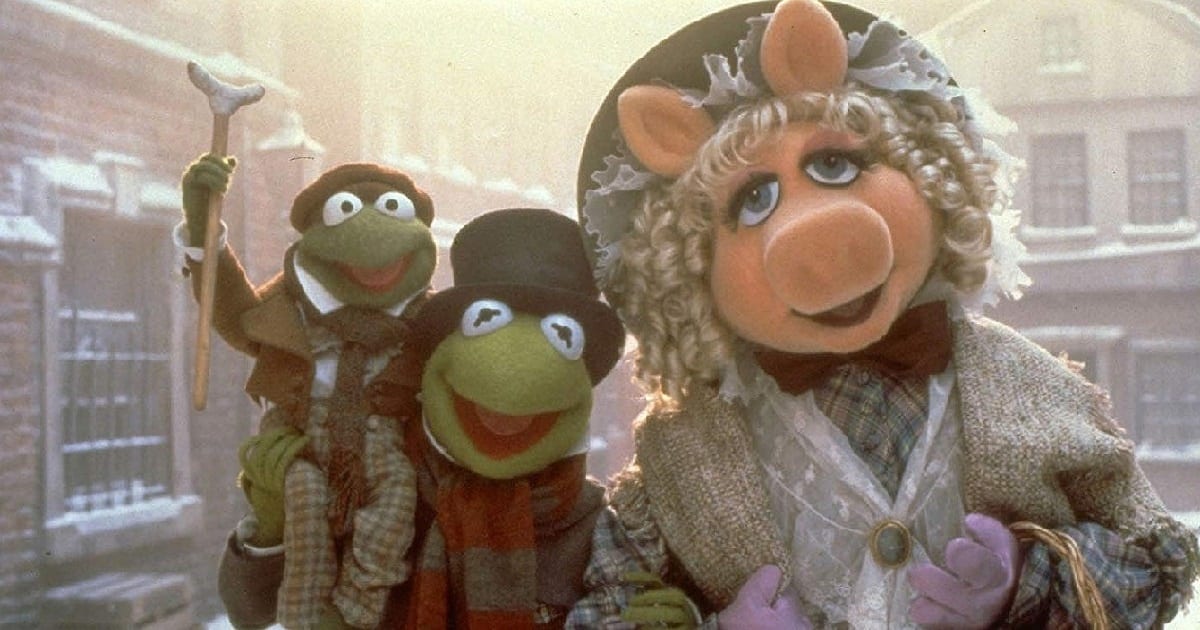 Christmas comes once a year, meaning there are many holiday films we love watching on repeat throughout December. For some, it’s not Christmas until Buddy The Elf screams for Santa or Hans Gruber drops from Nakatomi Plaza. The real thrill, however, comes from seeing so many heartwarming moments that move us this time of year. These are but a few of them.

Note: There will be minor spoilers.

Believing in Santa, The Polar Express

The Finale, The Nightmare Before Christmas

Let’s face it, Clark Griswold’s more likely to appear on the naughty list than the nice one. He ogles women, is the king of passive-aggressiveness, and puts his unattainable ideals over practicality every time. But when he’s trapped in his attic, we see why he goes to such extremes to give his family the best Christmas ever.

The real Clark comes out as he watches old home movies of Christmases past alone. The bitter layers peel back to reveal an emotional, deeply caring man. He’s just a kid who wants to return those perfect holidays of his childhood. Ray Charles’ soulful crooning hammers it home. It’s one of the rare times his nostalgia isn’t played for laughs. Instead, we’re shown a side of Clark that makes us root for him.

Everyone remembers Home Alone for its slapstick (and for good reason, it’s hilarious), but it’s first and foremost a Christmas story about learning to appreciate family. In the moments before Harry and Marv’s invasion, Kevin visits a church and winds up befriending Marley, the “scary” old man next door. He learns they aren’t so different; both are at risk of alienating themselves from their respective families forever. It’s only when they view their situations through the other’s eyes that they find the courage to make amends.

The whole scene is shot beautifully. The children’s choir in the background ties everything together. I love how it quietly begins with Kevin feeling like an outsider among the divine beauty, and ends with him secure in what he must do next. I’ve read theories that Home Alone is a retelling of A Christmas Carol with Kevin as Scrooge. If that’s the case, who better to warn him about a future alone than a man named Marley?

Arthur Christmas is such an underrated film. It doesn’t have a traditional villain, but instead presents three well-intentioned but clashing views through its family of Santas. There’s Grandsanta, who’s convinced the old ways are best. The current Santa, Malcolm, has done the job his way for so long that he’s afraid to let it go. Then there’s his son Steve, who has an eye for the future but views children as numbers. What brings them together is the youngest son, Arthur. He doesn’t care how they deliver the presents as long as the kids get them.

Rather than scurrying back to the North Pole after dropping off the last gift, Arthur convinces them to stay and watch it unwrapped. The joy that unfolds on their faces perfectly matches little Gwen’s. They realize how petty their bickering was and remember what it really means to be Santa Claus. It’s not the method or the man behind it, but the act of giving itself.

If I had to pinpoint the reason why the Muppets’ version of the Dickens fable is so beloved, I’d go with this song. Everything about it captures the joy of the season. The Ghost of Christmas Present not only shows Scrooge what’s good about Christmas, but openly invites him to partake in it. It marks the turning point in Scrooge’s character as he rediscovers that happiness. Admit it, you do that little dance with him too.

The End of the Big Day, A Christmas Story

In a movie full of endlessly quotable moments, you’d think there’d be no room for genuine heartwarming scenes. That’s where you’re wrong. After the whirlwind of presents, bunny pajamas, shooting eyes out, and “Chinese turkey”, the kids go to bed, leaving Mom and Dad with some precious quiet time. They turn off the lights and watch the snow fall together by the glow of the Christmas tree. Upstairs, Ralphie is fast asleep, his beloved Red Ryder in his arms, and his older self narrates how this was the best Christmas of his life.

It’s a simple yet pure scene that perfectly caps a tumultuous day. That peace and quiet of a Christmas night speak greater volumes than any store display. Going deeper, the fact that Ralphie’s father was the one who got him his Red Ryder is even more touching. The Old Man knows his son far more than he lets on.

There’s little doubt that Edmund Gwenn is one of the greatest Santas on film. One look and you’ll believe you’re seeing the big man himself on screen. But the scene that sold it for me (and young Natalie Wood, too) is a sweet moment with a little Dutch girl.

To give you some context, the child is an orphaned refugee from WWII. She’s seen things that no kid ever should. What a delight it must be, then, to not only meet Santa but have him talk to you in your native tongue and sing you a traditional folk song! Bonus points if you understand their conversation.

Scrooged is a cynical black comedy take on A Christmas Carol, but it stays true to the original message. After realizing what his selfishness has nearly cost him, Frank Cross interrupts his own live broadcast of Scrooge to share what he’s learned.

I wouldn’t be surprised if Bill Murray improvised the whole thing on the spot. Yet his rambling makes this emotional outpour all the more authentic. It brings a tear to your eye from both laughter and how true it is.

The 2000 Grinch movie pales in comparison to the original animated special, but at times it comes close to recapturing its magic. It starts, of course, when the Grinch learns that Christmas doesn’t come from a store. He fails to stop the sleigh of stolen goods from going over the edge — until he finds Cindy Lou Who stowed away. Seeing the one Who who dared to open her heart to him in danger is what gives him the strength to save the day. How can you not stand up and cheer for that?

I’d be remiss if I left It’s a Wonderful Life off this list. It’s the ultimate feel-good story that could move a grown man to tears after all these years. I know many George Baileys, from my hardworking father to my friends, and I’m blessed to have them in my life. George’s return to the Bedford Falls he knows and loves goes right to your heart. Most importantly, it’s a reminder that if you’ve got at least one person who cares about you, then you’re the richest person alive.

I just couldn’t decide, okay? I’ve already talked about how this is a new Christmas classic, and judging by the numbers Netflix released, 30 million homes feel the same. The animation is vibrant, the characters lovable, and the message is timeless. I could go on about Margú’s present, or the town’s colossal change, or Klaus and Jesper’s unlikely friendship, but why should I? I’d spoil so much of what makes Klaus so wonderful. It takes its cues from the best that the season has to offer. So grab your family and make it a new tradition to watch this with them.

Thanks for reading! What are your favorite Christmas movies?  Comment down below!

If you enjoyed this article, subscribe to MovieBabble via email to up to date on the latest content.

MovieBabble Link: Ten Christmas Movie Scenes to Make Your Heart Grow Three Sizes | Up On The Shelf December 24, 2019 - 10:54 am

[…] While you wait for the final Rankin-Bass review and get those final holiday touches prepared, enjoy this list of heartwarming classic Christmas movie scenes. […]