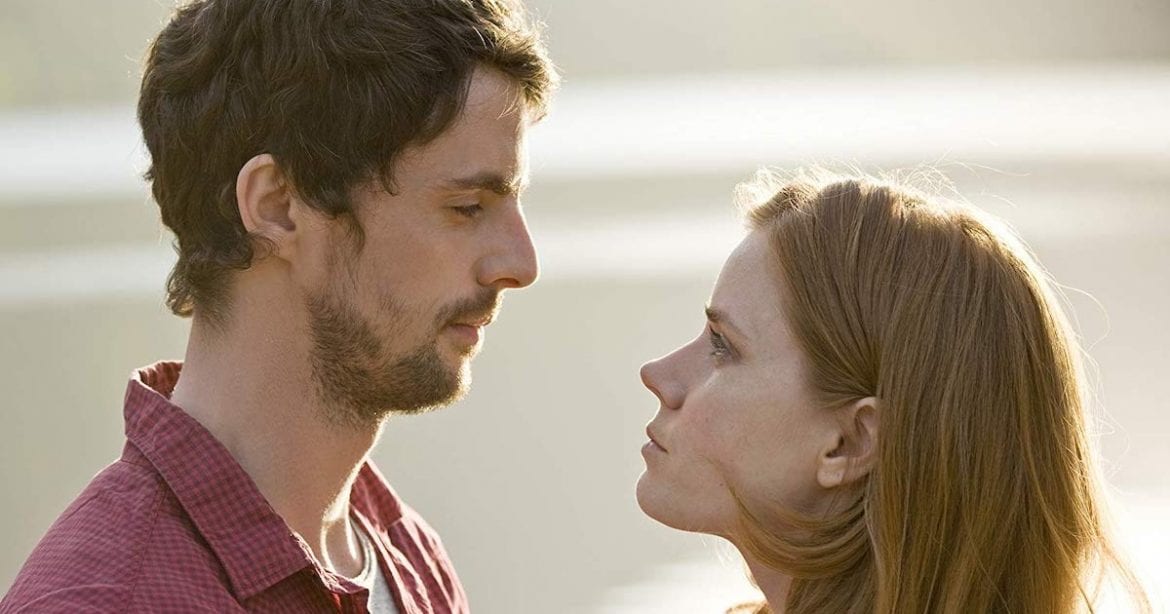 When I first laid eyes on Leap Year, I was an impressionable 20-year-old on the cusp of 21-year-old greatness. I was slowly saving money and making plans for my Graduation Trip, in part eager to explore the world as well as maybe encounter some of the romantic goodness that seems to pervade rom-coms. The female protagonist is almost always caught up in a whirlwind romance when she decides to step foot outside her own country. So, in my mind, travel equals romance.

Watching Leap Year seemed to validate my thought process, where we see type A female protagonist Anna, played by the lovely Amy Adams, fall in love with the easy-going Declan, played by the equally lovely Matthew Goode (who am I kidding he is swoon-worthy!). This is a classic rom-com trope — the woman is a type A personality and particular about things, while the guy is her opposite and dealing with some type of heartbreak. Think When Harry Met Sally, The Ugly Truth, The Proposal, etc. When Harry Met Sally is able to sell this narrative due to its use of the passing of time, we come to view Sally’s type A qualities as quirky, and Harry becomes the perfect partner for her because he comes to view these habits as positive points. Leap Year doesn’t properly flesh out these characters, so we never quite get how they even end up liking each other amid such insurmountable differences.

Anna is expecting a proposal from her boyfriend Jeremy (Adam Scott), but instead of a ring, he gives her earrings. Disappointed but not giving up, she decides to surprise him in Dublin (he is there on a medical conference) and propose to him instead, since there is an Irish tradition that allows a woman to propose to a man as long as it’s on February 29 — thus on a Leap Year. Declan laughs at this and calls it desperation, saying that it is a foolish tradition that women use in order to trap men. I don’t think it is. It has nothing to do with entrapment, because if a man doesn’t want to marry the woman, he can just say no. I do admire Anna’s sense of agency, even if she needs the guise of the Leap Year to do it. The issue is that she seems to be doing it more for the sake of an engagement, and not really with any zeal to be married to Jeremy.

So Anna makes the trip, a trip which just seems cursed from the start. Declan had it right when he declared that Murphy’s Law was really working on her. Her plane gets redirected to Cardiff, the boat she charters only makes it to Dingle, she takes out the power of a whole village trying to charge her Blackberry, the car she was getting ferried it crashes … well, you get the picture. You truly feel sorry for her as she power walks through the mud in high heels and her Louis Vuitton suitcase, though I also wonder why these rom-coms always use such nonsense features to create humor. In the recent Netflix rom-com Falling Inn Love, we have a similar situation where the main female character is traipsing about in heels in the New Zealand countryside.

As a woman who travels quite a fair bit (well, once every year), I can safely say most of us travel with comfort in mind, not fashion. I have seen more women in their PJs and slippers at airports than tight high-waist skirts and heels. But alas, she is a type A personality kind of woman, and this is precisely how she would go about her travel. It does seem that the movie was going for some metaphorical depth, since we do see her ease into more comfortable clothing as the movie goes on — is she allowing herself to let go more, and is this all due to Declan’s presence?

Well, he is sexy (Of course he is, he’s Matthew Goode!) and he has got that dark, brooding thing going for him, but like I mentioned earlier, how do they even fall in love? They have chemistry certainly, due in part to the fact that Adams and Goode are very good looking people, but that isn’t enough to sell me a romance narrative. They bicker incessantly, and I feel the movie is trying to show me that all this back and forth yelping at each other is to mask the burning passion they feel for each other underneath all that.

The younger me bought into it, unable to understand why the critics were so harsh on the film (it has a 23% on Rotten Tomatoes). Can’t they just enjoy the fantasy without questioning it too much? But now, with my 30-year-old eyes, I see what they see — a film that has beautiful actors, beautiful settings, but doesn’t quite understand how to create characters who fall in love with each other. Give me dialogue and moments that aren’t just about exposition, show me how 2 people can fall in love in a couple of days. It is possible, it can be done, but Leap Year, unfortunately, misses the mark.

Thank you for reading! What are your thoughts on Leap Year and romantic comedies? Comment down below!

My only exposure to Leap Year was through Film Brain’s review. He points out how outside of Dublin, the rest of the country seems to be living with an 1800s-ish mentality or like modern technology doesn’t exist outside of the capital city. Not only that, but he strictly points out how the plotting is an insult to Irish Geography since it misuses certain locations for the sake of the narrative or how more common sense routes and travel methods are ignored in order to manufacture drama. After being familiar with that review by the end, I can tell that I wouldn’t like this film.

It does sound a bit on the formulaic side.