‘Beanpole’: The Limits of Friendship and Manipulation 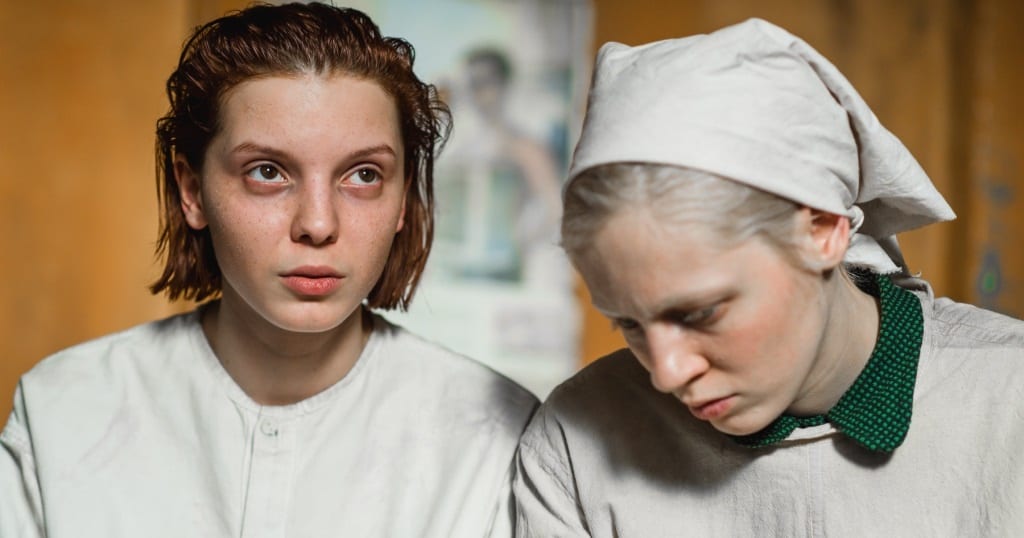 Sometimes, a tragedy happens that is so beyond the scale of my comprehension, that I cannot fully engage in it. It can be hard to watch relentless news coverage or read emotional articles about senseless death, violence, sickness, war, etc. Beanpole’s mastery lies in making me engage with a series of senseless tragedies for over two hours, and not really allowing me any breaks. Now, I say senseless tragedies, but Beanpole never strays into the gratuitous. Beanpole follows Iya, a Russian nurse in Leningrad in the immediate aftermath of the Soviet Union seizing Berlin, in 1945. Iya is the mother of Pashka, a young three-year-old boy, but after a terrible accident coincides with Iya’s friend from the frontlines, Masha, coming to live with Iya, she is roped into a scheme she has no interest in being in.

This is some of the most intense and subtle acting I’ve ever seen in my life, from two newcomers to the scene. Viktoria Miroshnichenko as Iya, or Beanpole, the titular character, is a commanding and gentle presence on screen, reminding me of Hunter Schafer’s performance in Euphoria, and yes, they also happen to look like twins. It doesn’t hurt that Miroshnichenko is nearly six feet tall, and towers over everyone else in this film, the men included. Vasilisa Perelygina as Masha, Iya’s shorter, brunette counterpart, is equal parts sympathetic and sinister in her portrayal of a grieving and desperate woman. The connection between Masha and Iya is through their shared time on the frontlines of World War Two, which makes their connection intense, intimate, and filled with shared trauma. Miroshnichenko and Perelygina really make that connection come to life, and their portrayal made me simultaneously root for and against them being with one another, either platonically or romantically.

Additional performances from Konstantin Balakirev as Stepan, a parapalegic veteran, and Andrey Bykov as Doctor Ivanovich add a lot of depth and tragedy to this already brutal tale. However, the two leads shine brightest, and their chemistry is simultaneously ecstasy and agony to watch. 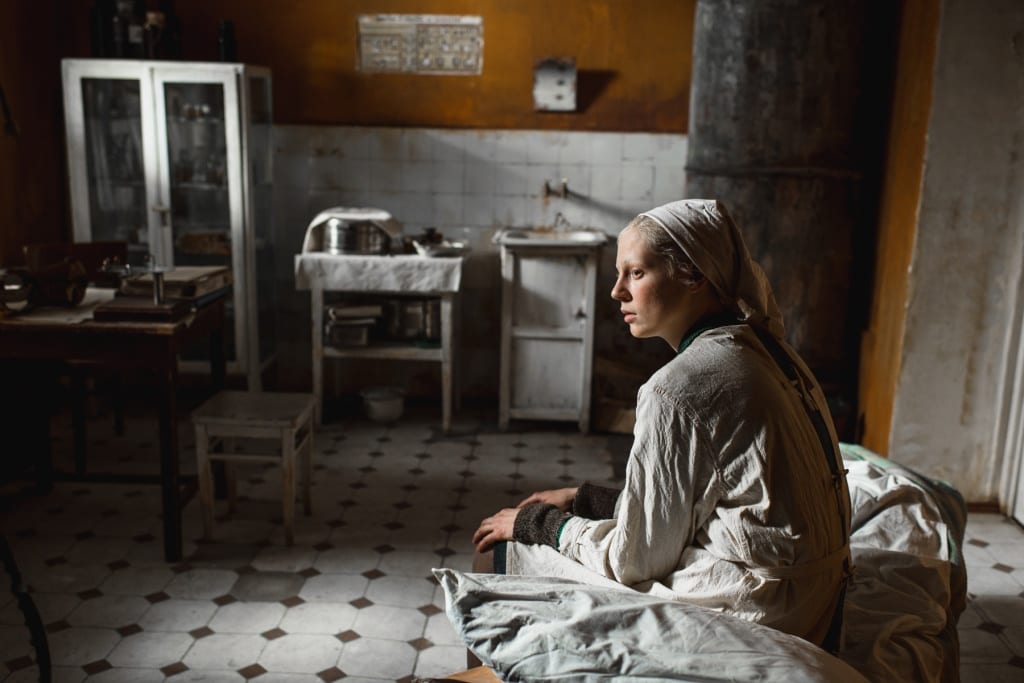 Green is an important motif in this film, a color that Iya wears and is around often, and one that eventually bleeds into Masha’s wardrobe, signifying their strong, homoerotic friendship. I found the green to be indicative of growth and life in a desolate atmosphere. Beyond the symbolism of this color, it really stands out with the orange-yellow filter the camera uses to film. The colors green and red really pop out with this filter, coming alive against the cold blues, dirty whites, and dull browns that make up the majority of the backdrop to Iya and Masha.

Kseniya Sereda, the cinematographer, is only 25, but clearly has a strong grasp on her camera movements and use of color to illuminate and deepen the story here. I point out the green in particular because it’s impossible to miss, but it has a particular moment later on in the film where Iya and Masha have a physical moment that covers them both in green paint.

I admittedly was surprised to see that a man, Kantemir Balagov, wrote and directed this film, because of how deeply it portrays a female-to-female relationship with subtlety and grace. It seems almost everyone involved in this film is a spring chicken, with Balagov not even 30 yet. Balagov really wrote a beautiful story here, one that I can only imagine was difficult to conceive and put to paper, not only in plot but in subject matter. This is dark and intense, and someone in their late 20s having this much insight makes me look forward to what Balagov has coming next.

The Sound of Silence

The lack of a significant score throughout the film lends to the eerie, desolate backdrop of Leningrad at this time. I found the sound and score, or lack thereof, to be very appropriate. There is no room for any sort of frivolity or introspection in this setting, and that practicality is reflected in the sound. There’s nothing extra, nothing to distract from the tragedy.

The only time any extraneous music was noticeable was in a scene celebrating New Year’s Eve, where there was good and dance, and even then the conversation happening in the scenes are heavy. Masha is pressuring Doctor Ivanovich, coercing him into something he does not want to do, even during a time that is supposed to be a celebration.

In terms of sound and sound mixing, I found the best moments in the entire film to be when Iya is experiencing her episodes of freezing. Due to her post-traumatic stress, she has episodes where she freezes up, unable to speak, move, only breathing shallowly. The sound mixing here is phenomenal, making the audience as isolated with Iya’s breathing as she is. It’s the only thing we hear in these moments of darkness, and the close-up on Iya makes it the only thing we see.

To be honest, it’s difficult to write a review fully describing how devastating this film is without revealing major spoilers, which I really do not want to do in this film. I encourage viewing this with someone you love, or something you love, so you aren’t as devastated as I was upon finishing. I will also be the first to admit that I am not in tune with Russian film, but as Parasite and The Handmaiden exposed me to beautiful Korean film, this film has exposed me to the beauties and tragedies of Russian film. Watch it, hug your loved ones, and soldier on as Iya and Masha do.

Thank you for reading! What dare your thoughts on Beanpole? Comment below!

‘Female Vampire’ is the Worst Kind of Movie