‘The Assistant’: When #MeToo Can’t Help 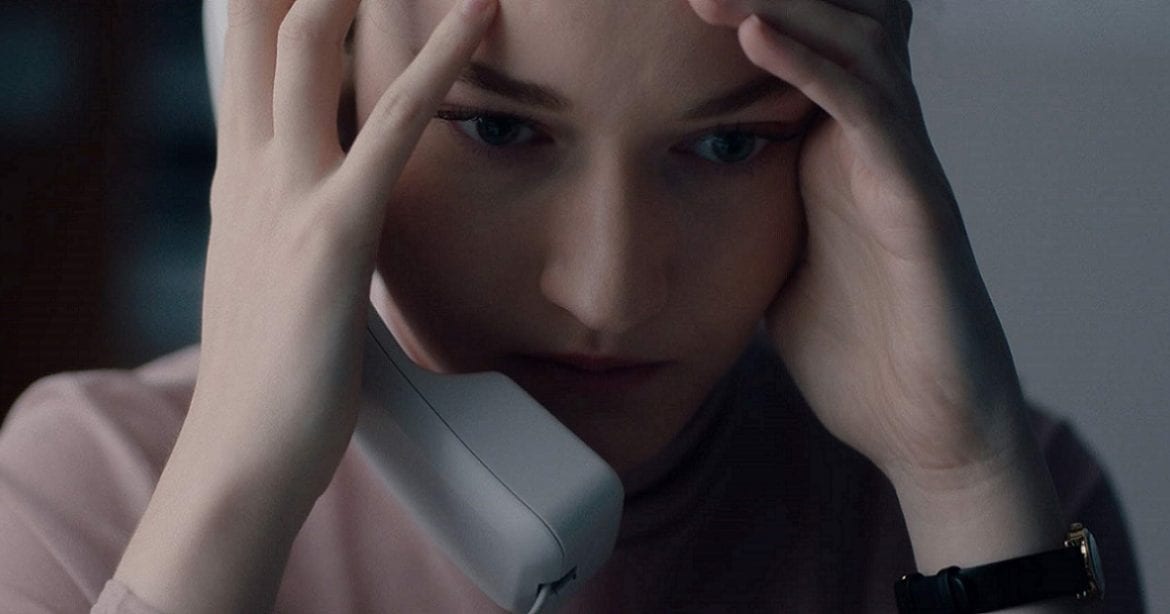 The Assistant, Kitty Green’s first fictionalized film, is a master class in subtlety and illustrates just how powerless young women are when faced with powerful, abusive people. Julia Garner plays Jane, a quiet but talented assistant to a powerful movie producer, seemingly based on Harvey Weinstein. The film follows her through a day at the office, the first one to arrive, and the second to last to leave, which I will elaborate on later in this review.

Jane is somewhat new to her position, only in it for about two months, and notices her boss has abusive tendencies towards all those who work for him, but particularly seems to be engaging in coercive sexual misconduct with young actresses. Green wrote, directed, and edited this film, and her vision is unencumbered with gratuitous sex. Rather, any misconduct happens literally behind closed doors, and is an open secret that Jane tasks herself with investigating.

Kitty Green, until this point, has been a documentarian, her most recent of which was Casting JonBenet, which can most accurately be described as a film in which “…responses were elicited from [JonBenet Ramsey’s] Colorado hometown community, creating a work of art from the collective memories and mythologies the crime inspired.” In this film, Green elicits a dark look at the glamour surrounding true-crime entertainment, folding in the darkness within the glamour of JonBenet’s life as a young beauty pageant participant. Green takes a lot of these same themes and stylistic choices, including the same cinematographer, Michael Latham, to create The Assistant’s tension-filled office she has Jane navigate.

Green is deeply interested in the relationship women have with sex, and particularly the abuses women face through sex and sexuality, which is why The Assistant is such a natural progression into fiction for her. Well, not total fiction of course. The Assistant is most certainly based off of real-life experience discussed in the #MeToo movement.

Julia Garner’s acting is outstanding in this role. My first brush with her was in Amazon’s original series Modern Love, where she plays a young engineer who develops a father-daughter relationship with a man significantly older than her. The man, of course, thinks she is his girlfriend, and creepy miscommunication ensues. Julia Garner is equal and opposite to that role here in The Assistant. Also a young professional, she is a witness to the inappropriate sexual relationships her boss has with young actresses, or at least witness to the circumstances surrounding them, and does her best to intervene.

Garner delivers a rock-solid performance of someone who is trying to do the right thing and is stonewalled in every direction, by her co-workers, her boss, even the HR guy, Wilcock, played masterfully by Matthew Macfadyen. Seriously, I wanted to punch him in the face watching his performance discouraging Jane from taking any action against her boss, and I really like Matthew Macfayden. What can I say, I’m a sucker for Joe Wright’s Pride & Prejudice. The two male assistants, played with douche-mastery by Jon Orsini and Noah Robbins, make a great foil to Jane, and really show the power dynamic even within their assistant’s trio, and how Jane is made to feel less than by everyone around her, even those who are in theory on the same side of the door.

The cinematography in this film, done by Michael Latham, is perfect for what the film is about. Latham and Green have worked together before, notably on Casting JonBenet, and it’s clear to me that they get each other in a way that makes a great film. The atmosphere Latham is able to elicit, one that’s cold, isolating, and shows the intense work Jane has to do compared to her male counterparts. Latham uses filters and fluorescent light brilliantly, and is able to present this set, a pretty depressing office space, as deeply uncomfortable for Jane.

Not only is the office dark and sad, but it’s also clinical. It’s sterile. There is nothing at all welcoming towards Jane. The kitchen is small, her desk is small, she is not allowed to take up any space. She is constantly recoiling and making herself smaller, and Latham does an excellent job of articulating that.

The Oscar SHOULD Go To…

Speaking of this uncomfortable set, I have to point out one moment in particular that made me appreciate the art department more than I maybe ever have while watching a film. Jane is in the HR office, and is basically being bullied by Wilcock into not reporting her boss. She starts to tear up, clearly feeling overwhelmed, stupid, and probably helpless, and Wilcock offers her a tissue. And this is where my affection for John Arnos and Dani Broom-Peltz, the art and set decorators respectively, comes in. Wilcock offers Jane a tissue from a metal tissue box, which scrapes against his linoleum desk akin to how a nail scrapes on a chalkboard. It’s jarring, upsetting, and is the perfect prop for this moment, this film, this era.

Of course, Wilcock wants Jane to not be upset, he wants her to feel better and okay about not reporting their boss. However, he presents the facts in the coldest, hardest way possible. Macfayden delivers in every way in this scene, but this prop, in particular, takes it to the absolute next level. To quote Kim Ki-woo, “It’s so metaphorical!”

The Assistant is a film that is deeply uncomfortable and painful to watch, but is also necessary to understand the particular moment in time we are in. #MeToo has been a prolific conversation for the past 3 years, but particularly in the entertainment industry. It’s obvious this film is meant to draw a parallel to Harvey Weinstein and his disgusting exploits, but what we must keep in mind is that people who abuse their power are still around. They didn’t decide to stop. They figured out they needed to be more careful. Jane is an every-woman in this. She wants to protect these women, but there is nothing she really can do without losing her job and being iced out of the industry that she so desperately wants to be in.

So what is the fix? Do the right thing, consequences be damned? Or, would Jane just get buried in a pile of HR paperwork, another blip of an assistant in the grand career of another sexual predator? Green doesn’t make it easy for the audience to figure out, because it isn’t. The ultimate solution, of course, is for people in power to stop taking advantage of it. But of course, that won’t happen. At least we have people like Kitty Green to call attention to it.

Thank you for reading! What dare your thoughts on The Assistant? Comment below!

[…] In addition, Wilder produced The Apartment, and his firm hand on the tiller captains the film toward a more perfect work of audiovisual art. He is a wizard with black and white cinematography, externalizing the heady tonal shifts from light to dark in his scriptwriting. Aesthetically, The Apartment could pass for one of the noirs Wilder himself helped to pioneer, which, again, is thematically fitting, but colorlessness should not suggest lifelessness, because the movie is a dream come true for anyone who’s ever survived a toxic work environment. […]

[…] method: communication. Director Cornel Ozies beautifully emphasizes the power and importance of communication, especially in law enforcement. Though Revis and Wendy are indigenous, they are not from the land. […]