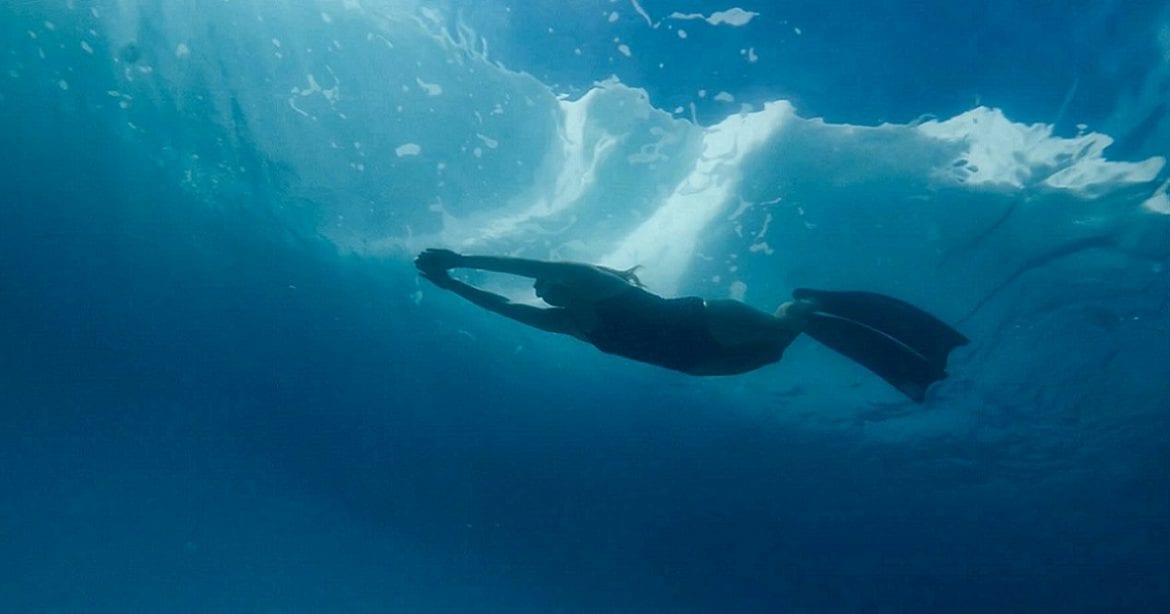 This is part 2 of my 2020 Sydney Film Festival Coverage. To read Part 1, click here.

Part 1 covered the narrative features, and now we are here to focus on the documentaries screening online at the 2020 Sydney Film Festival. I had the opportunity to preview two films from the Documentary Foundation Australia Awards program strand and a documentary feature from the Europe! Voices of Women in Film strand.

A Year Full of Drama

Documentaries about art are no stranger to the film festival circuit, but this Estonian film about a bizarre social experiment is sure to stand out from the pack.

A very unique job opportunity arises to the people of Estonia. The job is to watch and review over 200 theater productions across all of Estonia in one year. The catch: they are looking for someone who has never been to the theater before; a clean slate to give a voice to the everyman. Enter 21-year-old Alissiya, a young woman from a Russian-speaking family living in the small town of Valga on the Estonian-Latvian border. Despite having been to the theater twice when she was very young, Alissiya gets the job and is taken a whirlwind adventure across the country, documenting and immersing herself in a world she knows nothing about.

Part travelogue, part exploration of Estonian theater culture, and part personal journey of self-discovery for Alissiya, director Marta Pulk packs so much into this documentary. Alissiya is not only embracing this chaotic voyage into the weird and wonderful world of Estonian theater, but she is also adapting to life away from her family and living in the Estonian capital of Tallinn. On her journey, Alissiya is confused, thrilled, bored, and inspired by the various performances she sees. We witness as she goes from struggling to comprehend what is happening on stage to being deeply moved and being brought to tears when even talking about a play she loved.

As the film progresses, it becomes less about the experiment and more about Alissiya’s personal life. She is such a kind soul and is so honest and open with the filmmakers about the struggles in her life. Whether it’s the crippling loneliness of being an outsider in the theater community and not being taken seriously or recounting the time in her life when she was suicidal, Alissiya bravely does not hold back. There is a real sense of growth in Alissiya and how this experience changed not only her perceptions of theater, but her life as a whole.

Of course, a film about art criticism and how art can change people’s lives is cathartic and vindicating for me as a film reviewer (there is a moment where someone tells Alissiya they read her reviews and think she is a great writer and that is literally all I want in life), but there is so much more to A Year Full Of Drama than what appears on the surface. A documentary with an outlandish and novel premise that through Alissiya becoming a very disarming and poignant journey of finding one’s true self.

Deep in the heart of Australia lies a small remote indigenous community of just 200 people, 330kms west of Uluru. Welcome to Warakurna, Western Australia, a town that has made history with Australia’s first and only fully indigenous-run police station. This documentary short produced in association with National Indigenous Television (NITV) follows Senior Sergeant Revis Ryder and Sergeant Wendy Kelly in their daily lives as police officers in one of the most remote communities in Australia and their journey to change the way indigenous communities are policed.

Warakurna has a troubled past with policing indigenous communities and the state of Western Australia has the highest incarceration rates of indigenous people in the country. This hostility between the police and the Ngaanyatjarra people of Warakurna is dismantled by Revis and Wendy through a very simple method: communication. Director Cornel Ozies beautifully emphasizes the power and importance of communication, especially in law enforcement. Though Revis and Wendy are indigenous, they are not from the land. Whether it’s dedicating themselves to learn the Ngaanyatjarra language or Revis coaching a local football team and getting local elders to help him translate instructions, Wendy and Revis envision a positive collaboration with the police and the community, as they learn about each other’s cultures together.

While it does feel a little too short at only 27 minutes, Our Law’s brevity is emblematic of its clear-cut, simple yet rather powerful message. The Warakurna police have shown an effective and collaborative method of law enforcement in indigenous communities that needs to be adopted around the country, and in the current political climate with protests and debates over police brutality and the extremely high rates of Indigenous incarceration in Australia, it is as timely as ever.

After its festival run, Our Law will be broadcast in Australia on NITV later this year.

For most people, ice freediving into some of the coldest bodies of water on Earth without a wetsuit on one breath would be a torturous terrifying nightmare. But for Kiki Bosch, it helps her find peace and save her life.

Nays Baghai’s film chronicles Kiki’s life as a professional ice freediver, following her from frozen lakes in Finland to swimming under icecaps in Greenland as she pushes her physical and psychological limits and inspiring others to achieve what was not thought to be possible. Along with Kiki’s astonishing physical feats, Descent explores how Kiki found this treacherous aquatic activity as a means of coping with the trauma of a sexual assault.

With visually stunning underwater and landscape photography, Descent is a film of visceral beauty. Kiki’s death-defying dives incite an incredible sense of awe for her spectacular ability and the stark allure of these seascapes, but also simultaneous winces and shivers down the spine of the audience, as if feeling the coldness of the water vicariously through her. In a sport where one small mishap could be fatal, Baghai paints a meticulous yet very nerve-wracking picture of every tiny minutia of Kiki’s careful preparation for a dive where there can be no margin for error, showcasing her skill to maintain a calm, meditative state in a highly dangerous and stressful situation.

While the diving sequences in the film are utterly breathtaking, it is Kiki’s personal story that will stay with you. She found her true self with this sport as part of a healing journey, describing it as “the pinnacle of mindfulness”. Even when the physical exertion of ice freediving starts to take its toll on her body, she does not want to lose her connection with the water. Kiki’s story is one of bravery, courage, and the strength to go on in the face of adversity and trauma and that inspires hope that peace can be found, sometimes in the most unorthodox ways.

Mesmerizingly transcendent and quietly moving, Descent is a beautiful documentary about the unbreakable human spirit. Kiki Bosch is sure to inspire audiences and help guide them to their own personal solace and peace.

For more on Descent, I had the privilege of interviewing the director, Nays Baghai on the latest episode of Another Bloody Movie Podcast. Listen to the episode on Soundcloud by clicking here and don’t forget to subscribe to ABMP on Soundcloud, Apple Podcasts, Spotify, or wherever you get your podcasts.

There is still time to catch these films and other fantastic documentaries, features, and shorts at the virtual Sydney Film Festival before June 21. To purchase a virtual pass or see the full program, head to ondemand.sff.org.au.

Thank you for reading! What are your thoughts on the 2020 Sydney Film Festival? Comment down below!

Super interested in ‘Our Law’ with the current political climate. Awesome reviews!