‘The Apartment’ Only Gets More Relevant with Age 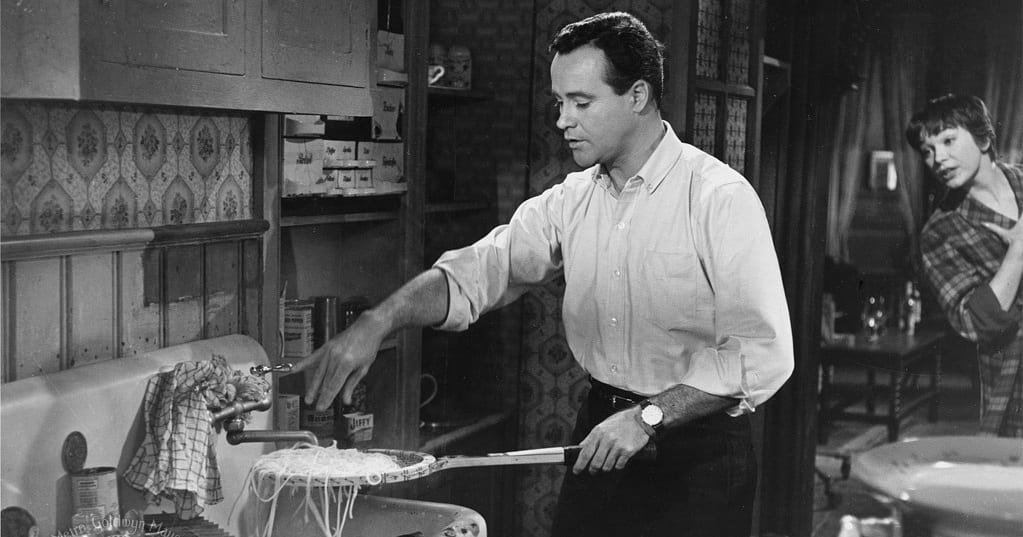 With Black Lives Matter protests rioting all across the world against the American police state, systemic abuses of power have displaced the global COVID-19 pandemic as our most pressing topic of conversation. Truth be told, it has defined current events ever since Donald Trump took office as part of the white supremacist backlash against Barack Obama’s presidency. Between Harvey Weinstein and Jeffrey Epstein, the movement against sexual misconduct, in particular, has taken Hollywood by storm through #MeToo and Time’s Up.

Similarly to how Billy Wilder predicted the postwar film noir cycle with his Double Indemnity (1944), his The Apartment (1960) was ahead of its time by about sixty years.

Set in New York City, The Apartment weaves the yarn of an ambitious but low-level cog in the corporate machine who looks the other way while his executives exploit their secretaries under his very roof. Not only does it help him get closer to his promise of the American Dream, but it also protects what little he has from their threats of firing him outright or otherwise demoting him if they don’t get what they want.

A Writerly Analysis of The Apartment

The auteur himself co-wrote the screenplay alongside frequent collaborator I.A.L. Diamond, and, as with any Wilder picture, the writing of it is as masterful as the direction. Yes, Wilder’s dialogue vitalizes his cast with quotable lines, but more than that, his scripts are impeccably composed according to a technical screenwriting standpoint — like the actors who read them, his screenplays hit their marks the same way a finely tuned instrument never misses a note. Perhaps it is his comedic sixth sense that informs the timing behind his dramatic beats; one need not look any farther than his Some Like It Hot (1959) to know he is without peer in arguably the most difficult genre to get right.

But one need not look any farther, either, than his Sunset Boulevard (1950) to see he can chase those intoxicating shots of laughter with sobering dollops of tragedy (another far-sighted masterpiece, Sunset Boulevard anticipates Tarantinoesque postmodernism decades in advance). As for The Apartment itself, this balancing act mixes into an addictive, bittersweet cocktail that may burn going down, but only because it will leave you feeling warm inside once you finish it.

In lesser hands, such a tonal blend would come across as insensitive to the subject matter. After all, late-stage capitalists taking advantage of their employees is no laughing matter. However, in Wilder’s ethos, actions have consequences, and people get what they deserve, which is screenwriting at its most satisfying.

An Analysis of the Production Value

In addition, Wilder produced The Apartment, and his firm hand on the tiller captains the film toward a more perfect work of audiovisual art. He is a wizard with black and white cinematography, externalizing the heady tonal shifts from light to dark in his scriptwriting. Aesthetically, The Apartment could pass for one of the noirs Wilder himself helped to pioneer, which, again, is thematically fitting, but colorlessness should not suggest lifelessness, because the movie is a dream come true for anyone who’s ever survived a toxic work environment.

And it is thanks to the performances Wilder directs out of his stars that The Apartment marks American filmmaking at its most transcendent. Indeed, leading man Jack Lemmon proved himself a comedian worthy of Wilder in Some Like It Hot, but this isn’t to say he can’t hold his own as a dramatist against the likes of Shirley MacLaine and Fred MacMurray. He portrays Bud Baxter as a likable enough everyman of a hero at the same time as he interrogates the moral dilemma within him which constructs a whole greater than the sum of its parts out of The Apartment.

Then, there is a fresh-faced MacLaine as his romantic interest, Fran Kubelik, a woman whose monstrous victimization contradicts the limitations any other director would have imposed upon her as a manifestation of wish fulfillment for his male gaze. Her youth and inexperience ought not to imply that MacLaine is out of her depth here — quite the contrary, the forward-thinking Wilder teaches her how to extend herself beyond her years and create moments of Fran out of the all-time great MacLaine herself would someday become. To be sure, Fran is as credible and humane a devastation today as she must have been in 1960, the humanization for sexually harassed professional women.

As the villainous Jeff Sheldrake, MacMurray is at his most loathsome. Having been a longtime creative partner of Wilder’s since Double Indemnity, MacMurray learned from the filmmaker how to mix entire palettes from shades of gray. To be sure, Sheldrake may be evil incarnate, a married man manipulating a younger woman for sexual gratification, but Bud is the one who enables him (as a result of coercion, but nonetheless, there are two types of evil out there: those who do evil, and those who watch).

Which, unfortunately, brings us to the very much dated ethics at play in The Apartment. Alas, Fran would have made for a better protagonist than Bud, who is represented to be as much of a victim of Sheldrake’s corruption as Fran herself. While Bud’s decision to make a change (even though he directly benefits from Sheldrake’s patriarchal oppression) is admirable, he only does it to get into Fran’s pants, and wouldn’t it be more empowering to see Fran save herself anyway?

Even geniuses are just human, and Wilder was perceptive, but not clairvoyant. He had no way of knowing what would become of gender politics in the twenty-first century, but it still cannot be taken away from him that he released an indictment (albeit flawed) of sexual immorality in the workplace far before #MeToo and Time’s Up. What with Sir Alfred Hitchcock’s Psycho, 1960 was a Hell of a year for Hollywood, one which came at a time when relaxing decency standards were opening new ways for these Golden Age veterans to immortalize themselves on celluloid.

And like all the greatest classics, The Apartment does so for Wilder now more than ever.

Thank you for reading! What are your thoughts on The Apartment? Comment down below!

[…] to the COVID-19 pandemic, some film festivals have moved online. This allowed me to — despite being based in London […]

The movie was relevant at its first showing. Now we are looking at how little has changed and we refuse to progress as a society. Sorry.