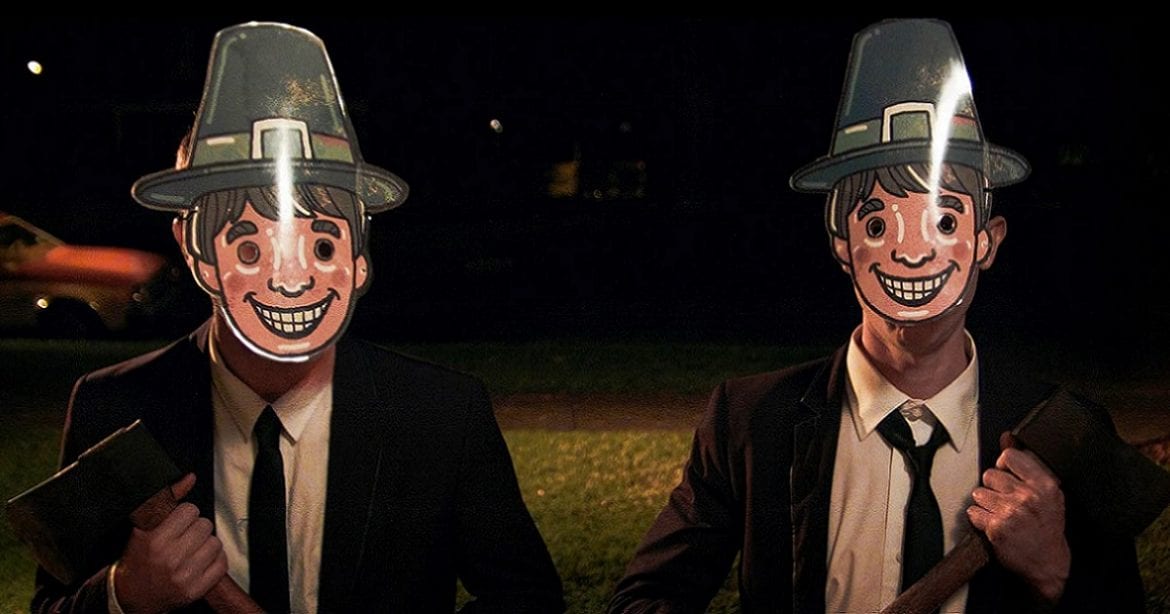 Did you know that YouTube is home to a lot of really good short horror movies? There are even some channels that are devoted to them, such as ALTER, Omeleto, and Screamfest. My favorite by far is ALTER. Granted, it can be a hit or miss sometimes, but in general, this is where I regularly find some interesting gems.

In the first part of a recurring series, here are some of my favorite horror shorts you can watch on YouTube:

When it comes to horror, I prefer either supernatural horror or a combination of some good old jump scares and black humor. But last month, I was creeped out by a short horror movie, that didn’t involve anything supernatural at all.

The main character is an overweight girl, Sara, who during the quiet hours of the afternoon goes for a swim at the local swimming pool. She is startled when a sinister man surfaces from the water and leaves abruptly. Soon after this, a group of teenage girls approach her and start bullying her. First, it’s restricted to verbal abuse, but afterward, the girls start attacking Sara with a cleaning net, almost causing her to drown. Suddenly, the girls leave, as does the mysterious man. And her clothes disappear as well…

Sara has no other option than to return home, only clad in her bikini. A car with young men passes her, who insult and abuse her even more. Then suddenly, on a dust road, she finds her clothes again. But the ordeal isn’t over yet, because the mysterious man from the pool — now in a van — reappears as well. And then, a single hand gesture seals her fate… and that of somebody else.

Director Carlota Martinéz-Pereda — known from Las Rubias (2016) — has without any doubt written a very strong screenplay. Piggy has been nominated and won awards at festivals all over the world. And deservedly so, if you can make a short horror movie about sensitive subjects such as bullying and body-shaming, that makes you think about how we judge people. And there are some genuinely scary moments in Piggy.

Another strong point is the actress who plays Sara, Laura Galán. I have no idea whether she will ever become a professional, but if she chooses to do so, she will no doubt become a very good actress. She doesn’t speak at all in Piggy and thus can only rely on body language and facial expressions. And you can minutely follow all the emotions: the anguish, the humiliation, the embarrassment, the anger, the pain, and the determination at the end to take a very important decision.

Some movies divide people: you either hate a certain title or love it. For the moment, I can’t come up with a mainstream movie to prove my point, but a couple of weeks ago, I saw a short horror-comedy on YouTube that does. It’s called Smear by Kate Herron, who likes to make female-driven stories. You have been warned…

The YouTube short has been featured at film festivals all over the world. “Smear” indeed refers to the infamous pap-smear test that we ladies “love” so much. But then again, we love any visit to a gynecologist… But in Chloe’s case — the main character — things really get out of hand! Or, should I say, vagina? Anyway… I am not going to add anything to this, because I don’t want to spoil the fun. Paul Feig of Bridesmaids fame thought it was “Very funny”; on the other hand, I have read a lot of reviews by men who called it “Disgusting”. Coincidentally or not? Then again, women seem to like it. I thought it was “bloody” hilarious.

But although Smear is funny, it does have a serious purpose as well. Cervical cancer is still a deadly disease for us women and, of course, the best way to avoid it is that test. According to her website, Herron hopes that her short horror-comedy will encourage more women to see their “favorite” specialist regularly.

I just told you that I can thoroughly enjoy the combination of horror and humor. This short horror movie is a perfect example. Director Jason Kupfer mainly works as a composer; his best-known works are The Perfect 46 (2014) and Closer Than We Think (2017). But he has directed 3 short movies as well, Invaders being the most recent one. Kupfer is also its writer.

The plot of Invaders is very simple; it’s about anything that can go wrong during a home invasion. It opens with a family peacefully celebrating Thanksgiving. In front of their house is a car with two men preparing the invasion; they quarrel about which mask they are going to wear during their crime and then there is already a first incident with a knife. But things go horribly wrong when they finally get out of the car and arrive at the front door.

What can I say? Jason Kupfer is a real genius! In less than five minutes he succeeds in telling a story which is funny and bloody at the same time. The humor kicks in right from the beginning. Those who love blood will certainly not be disappointed; the cinematography is to the point; I can’t say anything bad about the acting. Invaders is without any doubt one of the best short horror movies that I have seen so far. And believe me, I see a lot of them…

I cannot stress enough how much I love We Summoned a Demon! Chris McInroy likes to direct and write short horror-comedies. His work is a festival favorite and has won quite some awards. He is currently working on his first feature horror movie, which features werewolves.

We Summoned a Demon is about two young men performing a satanic ritual. Reason? One of them wants to look cool because he wants to date a girl named Brenda. In the beginning, it looks as if the ritual fails. But when the demon finally appears, the two men get a lot more than they had bargained for… And then the question is: does the young nerd really look cool in the end?

One of the things that I really liked about this horror-comedy, was the 80s vibe, from the flashy colors to the soundtrack. The special effects are really cool and very convincing. The two actors playing the nerds are simply perfect, and although the demon doesn’t say a lot, his presence is quite creepy. But what I like the most is the witty dialogue. If every horror movie had such lines, this would be a perfect world.

This is not a typical horror movie. We Summoned a Demon relies less on jump scares, but more on a creepy atmosphere and a healthy dose of humor. It’s all in the details: the use of a small record player that is part of the ritual, the way they try to exert their power over the demon by guessing its name, and so on.