‘The Turning’ Should “Turn” Back to Its Source Material 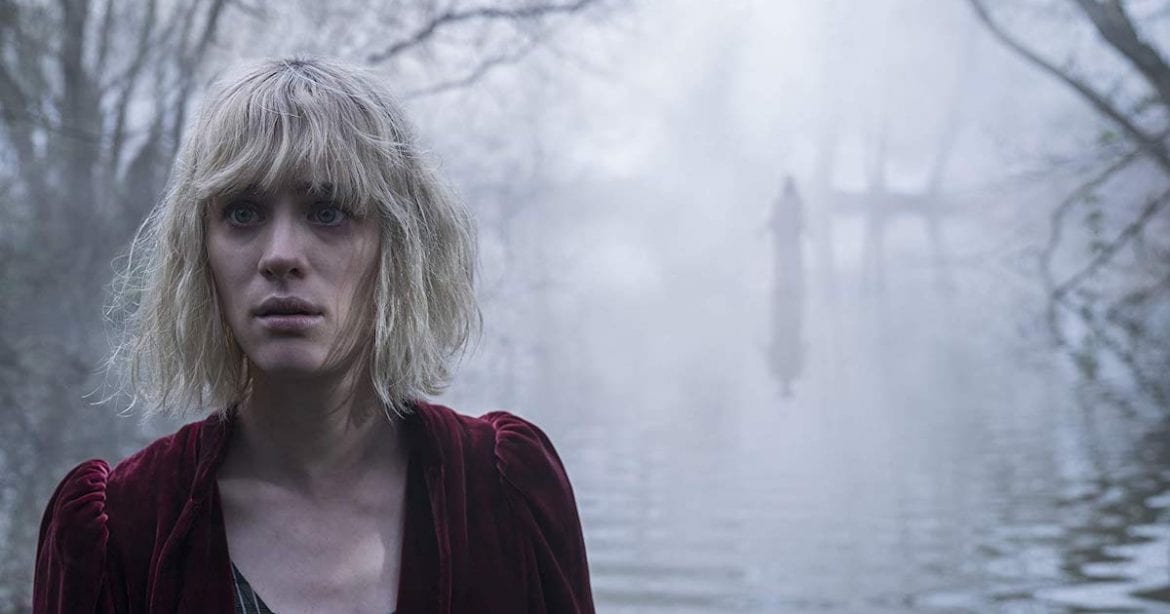 Floria Sigismondi’s new horror flick, The Turning, which is based on Henry James’ The Turn of the Screw, had a lot of potential to be a refreshing addition to the genre, which is why it was so excruciating to watch it all go so terribly wrong. Set with a promising cast — Mackenzie Davis (Terminator: Dark Fate), Finn Wolfhard (IT) and Brooklynn Prince (The Florida Project) — the film could have been an interesting take on James’ popular novella. Unfortunately, the bulk of the film was full of dull, nonsensical horror tropes and was accompanied by a poorly executed and simply baffling ending. So, it is unlikely that the film will be ‘turning’ many heads (I’m sorry — the puns stop here, I promise). But where did it all go so wrong?

The main premise of the film is nothing that we haven’t seen in horror before. Big spooky old house with some creepy kids and maybe a few ghosts chucked in for good measure. But to give the film its dues, the first act is probably the best segment of the movie and a semi-interesting story is set up for us at the beginning. Seeking a change, we meet Kate (Mackenzie Davis) as she is about to embark on a new nannying job on a remote country estate. Leaving her best friend/roommate and mentally ill mother behind, Kate seems excited about the prospect of a fresh start, but when she arrives at the Bly House, the experience isn’t quite what she had hoped.

Upon her arrival at the immense, gothic Bly House, Kate meets the cold, grumpy Mrs. Grose (Barbara Marten) — the family housekeeper. Despite the eeriness of the house and the less than warm welcome from Mrs. Grose, Kate bonds with the adorable Flora (Brooklynn Prince), who we learn lost both her parents in a mysterious car accident. Flora confides in Kate that she had another Nanny, Miss Jessel (Denna Thomsen), who left one day without saying goodbye. Touched by Flora’s sweet nature and keen to protect her from further loss, Kate is determined to be a positive addition to Flora’s life and settles in at Bly House. But of course, there are no happy endings here.

Conveniently awoken in the night by some spooky noises, Kate decides to have a gander (as you do in a creepy old house that you barely know) and comes across Flora’s brother, Miles (Finn Wolfhard), who has returned unexpectedly from boarding school and happens to be lurking in a shadowy corridor. Despite being a caring older brother to Flora, it’s clear from the get-go that Miles is disturbed in some way. We learn that this could be something to do with the death of ‘Quint’ (Niall Greig Fulton), Miles’ former horse riding instructor who Miles had a particularly close relationship with. From standing over Kate’s bed and leering at her as she sleeps, to kicking a fish to death, it’s safe to say that Miles is a bit of a creep. Before long, Miles’ bizarre behavior combined with the feeling that something supernatural may be present in the house, becomes too much for Kate, and she begins to question the history of events at Bly House, while desperately trying to cling on to some sense of reality.

Despite its clichés, this story could have worked perfectly well, if the bulk of the film wasn’t so tiresome and its ending hadn’t made the whole film feel completely pointless. Almost the entire film feels like a build-up to something that never happens. The first 25 minutes are promising, but then this is followed by the same pattern of events portrayed in slightly different ways happening over and over again. Something creepy happens to Kate, or Miles is rude to her, then she has a sweet conversation with Flora which convinces herself to stay. It comes across as a string of scenes randomly stitched together and there is absolutely no pay off for anything that happens throughout the film. It alludes to the fact that disturbing and horrifying things may have happened at the house in the past, but these plot points are so loosely explored that everything feels so incredibly surface level.

The performances from the cast were acceptable, but it is clear that they were let down by a script that was fairly weak and full of plot holes. Mackenzie Davis’ is fairly strong here, but the story has her go from a calm and collected young woman to a nervous wreck within about two days of arriving at the house. Physically, she portrayed this very well and her psychological deterioration was very clear, yet it still didn’t quite make sense.

Finn Wolfhard had a difficult role to play with the complex character of Miles and unfortunately due to this, his performance was weak in places. It appears there was a lack of direction for how he was supposed to portray the character as it felt very confusing. One minute he seems like a completely normal teenage boy, the next he’s picking spiders off of Kate’s face as she sleeps. Some of the lines Wolfhard had to come out with were unintentionally comical which was also detrimental to his overall performance. There was one scene where Miles was speaking to a ‘friend’ in the mirror and he eventually turns to Kate to say, ‘he said he thinks you tattoo is sexy’. It was clear that even Wolfhard himself was cringing when he came out with that line. Brooklynn Prince did everything she could with the role she was given — a bubbly, sweet little girl — but her performance was natural and believable, making her the most enjoyable character to watch on screen. Unfortunately, it felt as though she was underused here.

Although the film was packed with dull horror tropes and mediocre performances due to a weak script, there was some creepy, interesting gothic imagery throughout. The setting of the house (Killruddery House, Ireland) was well-designed for the plot of the film and suitably disturbing. Despite some harsh cuts and oddly inserted cutaway shots, the cinematography (David Ungaro) was also one of the more positive elements of the film. There were some cool fantasy-esque dream sequences (which were slightly overused) and there were several well-executed, subtle, shadowy shots within the house that horror fans will most likely appreciate.

However, we are informed that the movie is set in the 90s (one of the very first soundbites is a news broadcast stating that Kurt Cobain had died) and this time period selection felt strange. There was no point to this, and it added absolutely nothing to the story, other than some 90s grunge and baggy blue jeans. The film may have worked better if it stuck to the time period of James’ novella, which was written in 1898.

It is clear that Sigismondi was trying to present the two potential interpretations of how the story ended in The Turning of the Screw, and this is a perfectly valid choice. However, the way it was executed was confusing, sloppy and the film ended far too abruptly. I waited until the end of the credits to see if there would be any extra nuggets of information, but unfortunately, I was left scratching my head.

There is nothing wrong with the fact that The Turning tried to be ambiguous. Some of the best horror films out there have adopted the use of ambiguity and sometimes it can work perfectly well (take The Shining or The Blair Witch Project for example). But with The Turning it just came across as lazy and the execution was so poor that it simply did not work. There is letting the audience think for themselves, and then there’s leaving viewers so confused that they question what they just watched for the past 90 minutes. It feels as though there were multiple cuts for the movie and in the end, random pieces were just strung together in an attempt to make something semi-coherent. But it just comes across as a complete mess which is incredibly frustrating because it had the foundations to be a perfectly good horror film.

The messiness and incomplete feeling of The Turning may be down to the complicated start to the production process. The film was originally going to be directed by Juan Carlos Fresnadillo (28 Weeks Later) with Steven Spielberg as an executive producer and was going to made under the title “Haunted”. But just weeks before filming was due to start on the film in mid-2016, a disagreement about changes to the script made by Scott Z. Burns (The Report), originally written by Chad and Carey W. Hayes (who were writers for The Conjuring 1 and 2), led to Spielberg shutting down production on the project. Steven Spielberg’s Amblin Entertainment announced in 2017 that Floria Sigismondi was due to take over as director and the film had been given a new title — The Turning. So, it may be that the project was prodded and juggled around too much and that by the time it was a complete film, the initial vision or message had been lost.

Thank you for reading! What are your thoughts on The Turning? Comment down below!

[…] second lady I want to highlight is Mackenzie Davis as Jack’s daughter. Davis certainly is a rising star; for me, her most memorable roles have […]

[…] a film that was on my radar. However, when I heard the film occupied a release date in the cinematic dumping grounds of January and had received a PG-13 rating, I shifted from being excited to a very mild cautiously optimistic. […]

Ah, a messy production process and a change in director always leads to great movies