‘The Wretched’ Adds Up to a Better-Than-Average Horror Movie 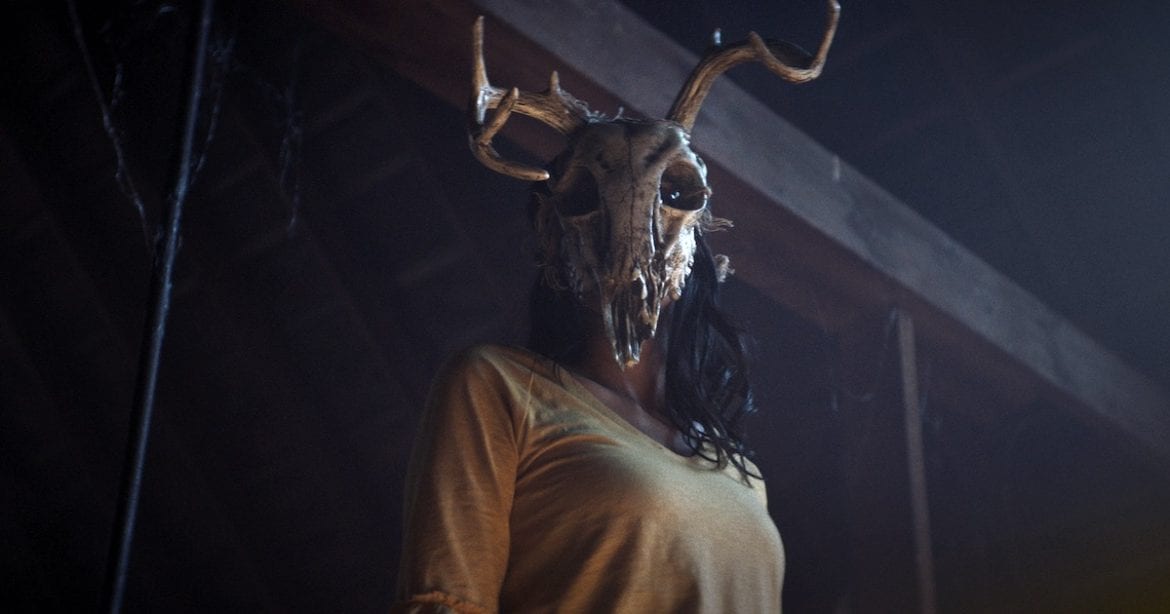 Pop quiz hotshot, when a witch moves in next door with the power to make you forget about ever having kids with a meer whisper, what do you do? The Wretched takes some elements from The Burbs, The Witch, and Invasion of the Body Snatchers, puts them into a blender, and ends up with quite an entertaining little horror movie. Like many horror movies, however, things fall off the rails by the third act, and sadly The Wretched does not have the emotional ties to stick the landing. But using sound and fantastic makeup effects, The Wretched brings back some old school filmmaking techniques to create a better-than-average movie that is worth seeking out.

The Wretched follows Ben (John-Paul Howard) a troubled teenager who moves in with his Dad to try and turn his life around. Barely settled in, he becomes entangled in the affairs of his new neighbors who unknowingly brought a presence home with them from the woods. This creature can walk in your body and likes to abduct children, while also having the power to conveniently convince everyone that the children now missing never existed in the first place. Ben then makes it his mission to save the missing children and destroy the creature once and for all.

The Wretched, pleasantly, is not all doom and gloom. The teenage characters, while mostly stereotypical, still have a way of drawing you into their drama. The performances are stronger than expected from the trailers, and the movie has enough going on outside of the horror aspects that I did not mind the downtime between monster attacks.

John-Paul Howard played the role with a surprising amount of layers. To his credit, he didn’t just play the dumb teenager that was in over his head. Howard was tasked with not only dealing with a witch next door, but a substance abuse problem, and the hurdles when it comes to teenage relationships. All are displayed believably and, more importantly, entertainingly.

Mallory (Piper Curda) played a nice romantic interest for Ben. Curda performs with an edge that was refreshing to see instead of the typical damsel in distress tropes that horror movies tend to lean on. Overall, Mallory was one of the more likable and believable characters throughout the story that really helped it move along. 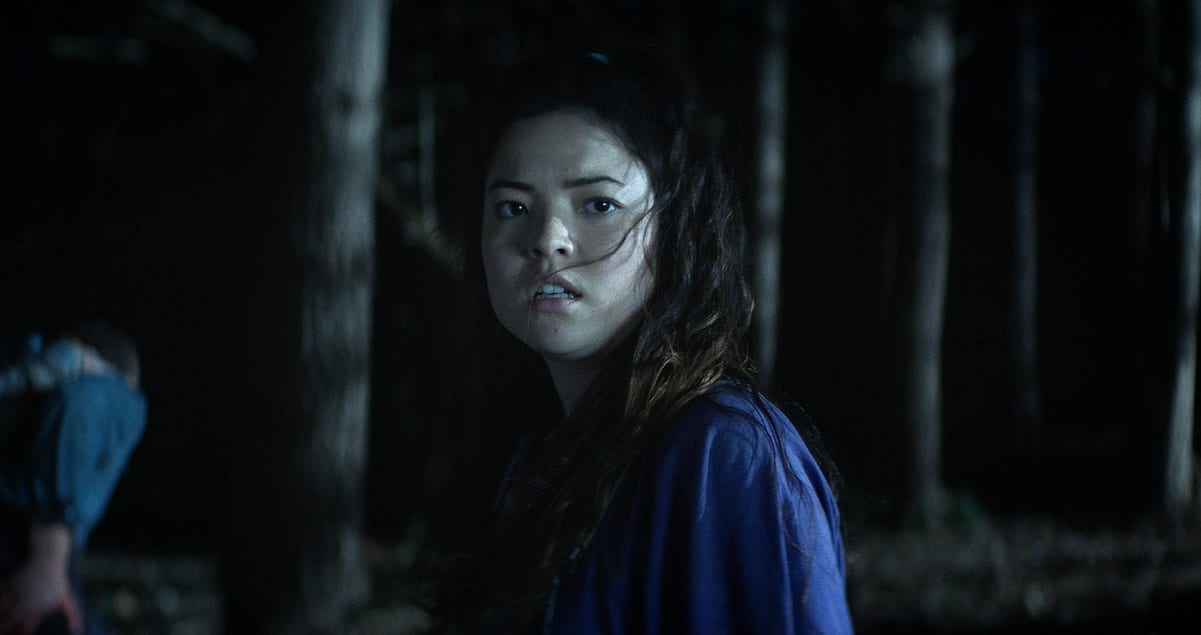 Horror movies always tend to be a metaphor for something that many of us could relate to, and The Wretched is no different. If you look beyond the surface of the film, you see characters that are struggling with divorce and varying levels of separation. These themes pull the movie in a different direction and create a deeper sense of reasoning behind many of the character’s decisions. It’s hard for the other characters to believe Ben talking about trouble with the neighbors when he has a history of bad decisions and partying. Ben also is dealing with being uprooted from his life with his Mom and shipped off to stay with Dad. The tolls a situation like that can take on a family can be devastating, and that doesn’t even account for the witch next door trying to steal kids.

If Scream taught us anything, it is that horror movies not only have a deeper meaning, but they always have rules. These rules are how the viewer can become lost in the story and allow themselves to be scared. The Wretched suffers from not establishing rules throughout the film; at times, it felt like directors Brett and Drew Pierce were making rules up as the film went along. So, when the horror started to ramp up, it felt like there was a new rule to go with that individual scare, and then the rules would change for the next scare. It was clear that plot holes were being created simply to keep the audience guessing. Unfortunately, it leads to more questions than answers.

If you take each scare individually, they were surprisingly good. The scenes and moments set up, regardless of missing some rules, were pulled off nicely with some above-average practical effects. Nothing can pull you out of a movie faster than bad, or even noticeable, CGI. (I am looking at you IT Chapter Two.) If the filmmaker uses light, camera, and makeup to the best of their ability, chances are they will at least have a memorable moment or scare that will make the movie worth watching. The Wretched over-delivers on moments like that with the use of makeup and practical effects. 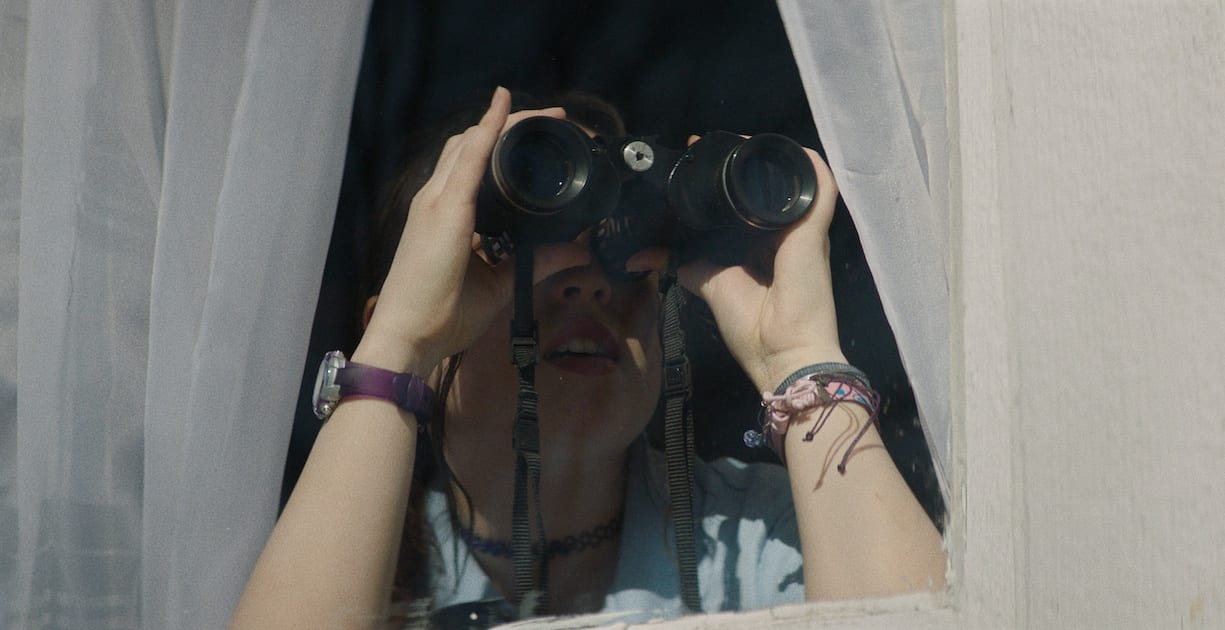 The sound design is another highlight of the film. Since the filmmakers were not relying on CGI for their creature, they went to the classic filmmaking well and brought out great sound effects. The creepy sounds of skittering feet, tearing flesh, creature noises, all work well at creating the perfect horror atmosphere.

Horror movies have it the hardest when it comes to the third act, and The Wretched suffers from the same typical problems when it comes time to seal the deal. Filmmakers, in general, should not try and think about how they are going to “get” the audience when they are creating a movie. The story being told needs to take precedence over subverting the audience’s expectation. Nothing takes the emotion out of a story faster than trying to hard to trick the audience by using characters that you aren’t totally emotionally invested in as your climax. Sadly, The Wretched suffers in this way which makes the third act drag slightly.

Overall, The Wretched is an enjoyable Friday night movie when you are looking for a good scare. If you start wondering why or how the creature does what it does, it could leave you wanting more from the movie, and the plot holes that the movie creates for itself to get from point A to point B can start to grate, but if you allow yourself to get sucked into the amazing sound and practical effects, The Wretched turns into a better-than-average horror movie.

Thank you for reading! What are your thoughts on The Wretched? Comment down below!

Great review Chris – Do you think that the spirit itself might be a metaphor for drug addiction? Like drug addiction, the Witch sneaks up on you in the most insidious ways, steals from you that which you love most (your kids), and in the end – you don’t care, all memory is gone. She also came from nature – so maybe weed? I really loved this movie and, without giving anything away, thought the reveals in the end really elevated it above your typical jump scare flick. So much so, the plot holes didn’t bother me. The final scene with Mallory was classic – great way to end the flick!!

Neil Marshall Returns to Small-Scale Horror in ‘The...