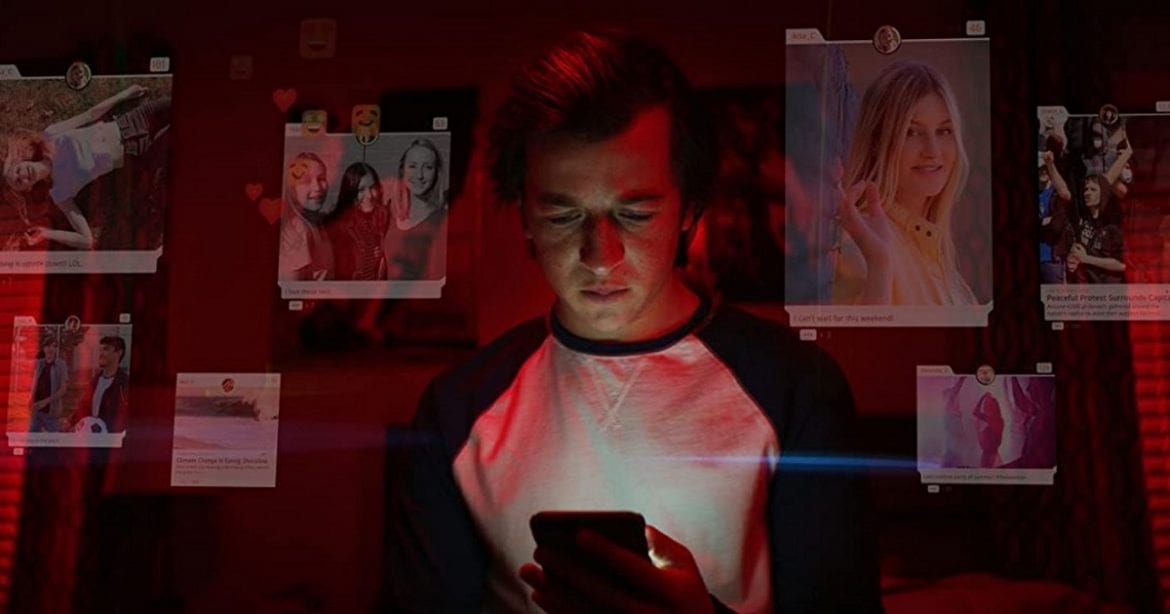 The Social Dilemma is one of the latest Netflix Original documentaries to be released by the platform. In many ways, it feels like an unofficial prequel to The Great Hack, another anti-social media documentary by Netflix. Unlike its predecessor, however, The Social Dilemma largely fails as an educational tool. It offers up surprisingly little in terms of new information and instead relies far more heavily on an overly-dramatic short story. This may not be the most informative documentary in the world, but that’s not to say it doesn’t have something to offer.

The Social Dilemma explores one seemingly straightforward premise. Users of social media are not customers. They are the product. Whenever Facebook changes its layout or Twitter updates its tools, this is often viewed as a benefit to the user. In reality, it’s simply allowing higher levels of manipulation to take place by increasing the amount of time you spend on a screen. This documentary interviews employees from some of the Big Tech companies (Google, Instagram, Facebook, Twitter, Pinterest, etc.) to discover exactly what is wrong with social media today.

An Introduction to The Social Dilemma

If I may leap into an assumption, I’d say that most of the people who choose to watch The Social Dilemma will have some knowledge of social media manipulation from other sources. Maybe they watched The Great Hack, another documentary, or simply keep up to date with how our data is being used and manipulated by Big Tech companies. Assuming that is indeed the case, The Social Dilemma doesn’t offer much up as far as new information is concerned. Many of us are fully aware of how our data is being used against us, we just don’t care enough to change.

This is a documentary that seems to try so hard to avoid delving into anything technical that it actually avoids anything of substance. It’s an introductory course to what is happening with your data, but that’s it. In many ways, The Social Dilemma feels far too similar to those warning videos you’d be shown in school to make you aware of the dangers of drugs or unsafe sex. Perhaps unsurprisingly, this documentary makes use of equally as cringy storytelling. But more on that in a moment.

By the time The Social Dilemma ends, there isn’t a feeling of having learned anything. Yes, it does serve as a solid introduction to social media manipulation. But that leads to a simple question. How many people (who are completely unaware of how social media data is used) would choose to watch this documentary? This is something that is likely true with most documentaries. How many people who are wholly comfortable with eating meat choose to watch Earthlings or Cowspiracy? We often turn to a documentary because some aspect of it appeals to us. On that point alone, The Social Dilemma fails at playing to its audience.

The Social Dilemma is More Dramatization than Documentary

My first thought after watching The Social Dilemma was straightforward. What I had watched wasn’t a documentary, but rather the dramatization of one. The documentary mostly consists of interviews with individuals heavily involved in the social media industry. Granted, about 25% of each interview is the person sitting down and getting into position. But, between each sub-topic, we’re shown an aspect of social media manipulation or addiction in practice. This storytelling takes place within a family environment, where every character is over the top and unrealistic. The outcome of each story is entirely possible, but the way it’s told feels hollow and artificial.

However, each one does serve a purpose. By showing extreme examples, the documentary successfully highlights the methods involved and the real-world ways that social media can affect and influence people. Not only that, but it highlights the potential consequences of ignoring the social media problem. This was the aspect of the documentary that I found most compelling, even though it seemed a tad ridiculous at times. I often felt like I was switching between Black Mirror and Everybody Loves Raymond.

Another positive point was that it allows us to see the effect that social media can have on others. For example, we primarily follow two individuals within the family: an 11-year old girl and a teenage boy. Seeing examples of these differences does offer up a new perspective to audiences. Many of us grew up when landlines still had cords and mobile/cell phones could only phone, send texts, and play snake. Nowadays, phones are pocket computers capable of almost anything.

Doom and Gloom…with Sprinkles on Top

Overall, if you decide to watch The Social Dilemma, then prepare yourself. This isn’t a documentary about what might happen. This isn’t a warning about the direction social media is going in or how we can stop it. No…this is the news bulletin that tells us we’ve lost. We’re all rats in a giant maze, and the cage door has already been locked shut. The game is over! Skynet has become self-aware! Agent Smith is in control! HAL has gone rogue! Ava has locked you in Nathan’s mansion! [Insert another evil AI reference]! You get the idea!

The Social Dilemma, if nothing else, is a glimpse behind the curtain of the Big Tech giants. The people being interviewed aren’t theorists, but rather Dr. Frankenstein himself. Much like Tony Stark in Avengers: Age of Ultron, these people genuinely believed that they were creating something good. Social media wasn’t born evil. It was a creation meant to connect families and friends, inspire creativity, build communities, raise awareness, and ultimately prosper some sense of global unity. Much like any movie technology, it is humankind’s desperate thirst for power that has corrupted social media. But it’s also the pathway to hope.

The Social Dilemma will make you concerned, that’s kind of the point, but it will also offer solutions. The professionals being interviewed strongly believe that social media can be used as a force for good once again, as was originally intended. The users can stop being products and start being people again. We can put the social back in social media. We can turn this weapon back into a tool and use it to create positivity and positive change instead of contributing to mental health issues and inciting violence.

Overall, The Social Dilemma tries hard to deliver a powerful (and undeniably important) message. In some ways, it succeeds. By the end of the documentary, you do feel like deleting Facebook or Instagram might be the best step forward. But these feelings don’t last. Without real information and a deeper understanding of the psychological puppetry at play, I fear that this documentary doesn’t quite drive home the malicious nature of the Big Tech companies. At times, it even felt like an advertisement for The Center of Humane Technology rather than a warning about social media. That being said, The Social Dilemma shines a light on some issues that may otherwise be ignored. At times, it even presents these issues in such a way that you can’t help but feel concerned and afraid.

Sadly, it feels as if this documentary has arrived too late. If it has been released in 2015 or earlier, it might have stood a chance. I feel that while it sends a powerful message and rallies action, it does so in a way that simply won’t create change. Awareness of social media manipulation is meaningless if people carry on using social media, which is exactly what the experts will tell you if you watch The Social Dilemma.

Thank you for reading! What are your thoughts on The Social Dilemma? Comment down below!

The over-the-top family drama story aside, I liked this “documentary.” I considered deleting my Facebook and Twitter accounts, for all of 10 minutes, but you’re right, the thought was fleeting :)