‘J.R. “Bob” Dobbs and the Church of the SubGenius’ Is a Guide To a Fun Kind of Weird 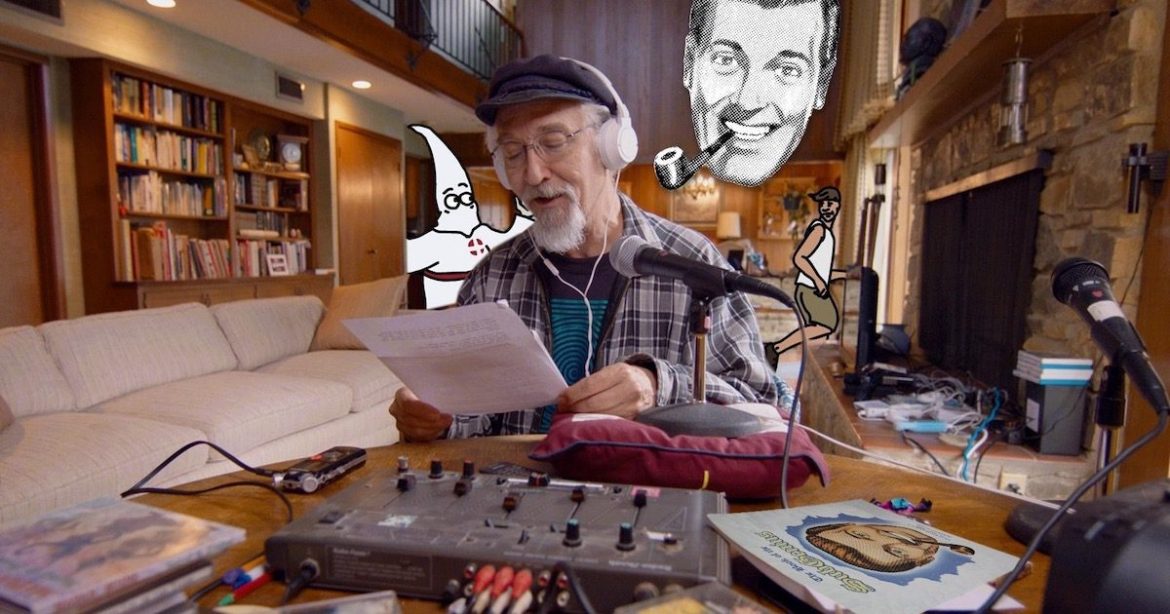 America has always been a fertile ground for new movements and splinter groups. Heck, the Pilgrims were basically a church looking to — in the words of Bender Bending Rodriguez — start their own colony, with blackjack, and hookers.*

In 1979, two bored guys in Dallas, Texas, Ivan Stang and Philo Drummond, printed the SubGenius Pamphlet #1. They had been messing around with CB radios, “trolling before there was a name for it”. Influenced by ‘kook tracts’ by the likes of Jack Chick, they cut and pasted a weird little faux religious leaflet together. Posting it to dozens of strangers, publishers, radio stations, etc., it clicked with an initial 10-15 oddballs. Oddballs mixed with other oddballs, and fairly soon, it began to spread across the country. 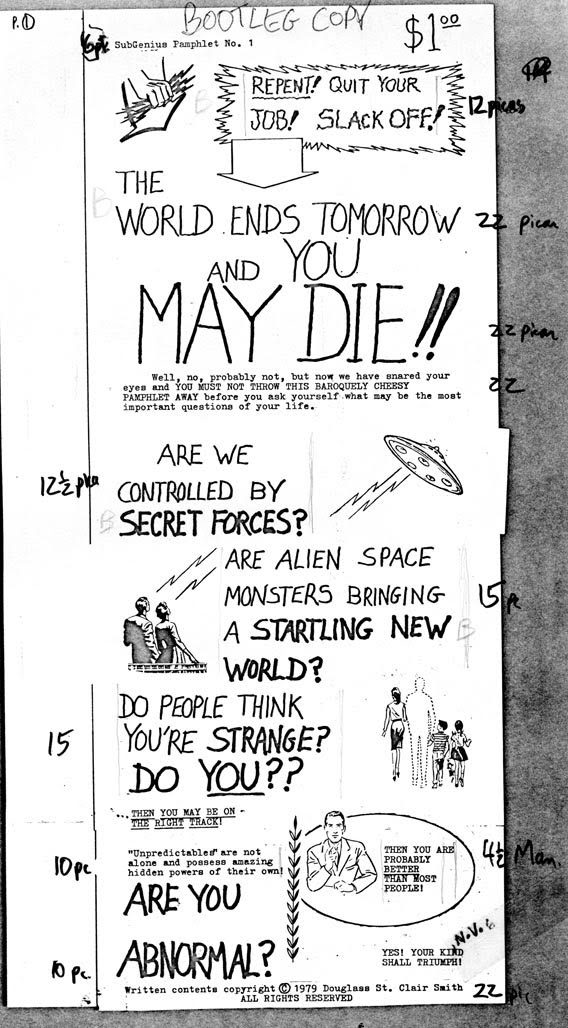 (As a non-American, it’s interesting seeing Texas be such a conservative hotbed while also being a source of so much counterculture like this or SXSW.)

The talking heads in this documentary paint a charming picture of it going ‘viral’ before the internet existed. Mixed with archive footage of meetings that are just the right side of wacky, it’s easy to see how seductive it would be to anyone who considers themselves outsiders. Which, of course, is everybody. Have you ever met someone calling themselves an insider?

There’s Always Someone Who Doesn’t Get The Joke

As the church takes off, there’s a fascinating section of the movie where Strang and Drummond look back on it snowballing with horrified disbelief at those who sincerely bought the ideas “that we came up with while high”. It wouldn’t be the first or last time the lunatic fringe took a joke and ran with it. There’s an argument that L. Ron Hubbard knew he was spouting gibberish but it became so big and lucrative that he went with it and after his death, it became an unstoppable juggernaut of moneymaking, so it’s going to be depressingly hard to get rid of.

It’s possible there are other examples of things that started as stupid trolling getting out of hand and causing big problems in America but none come immediately to mind. *koff* 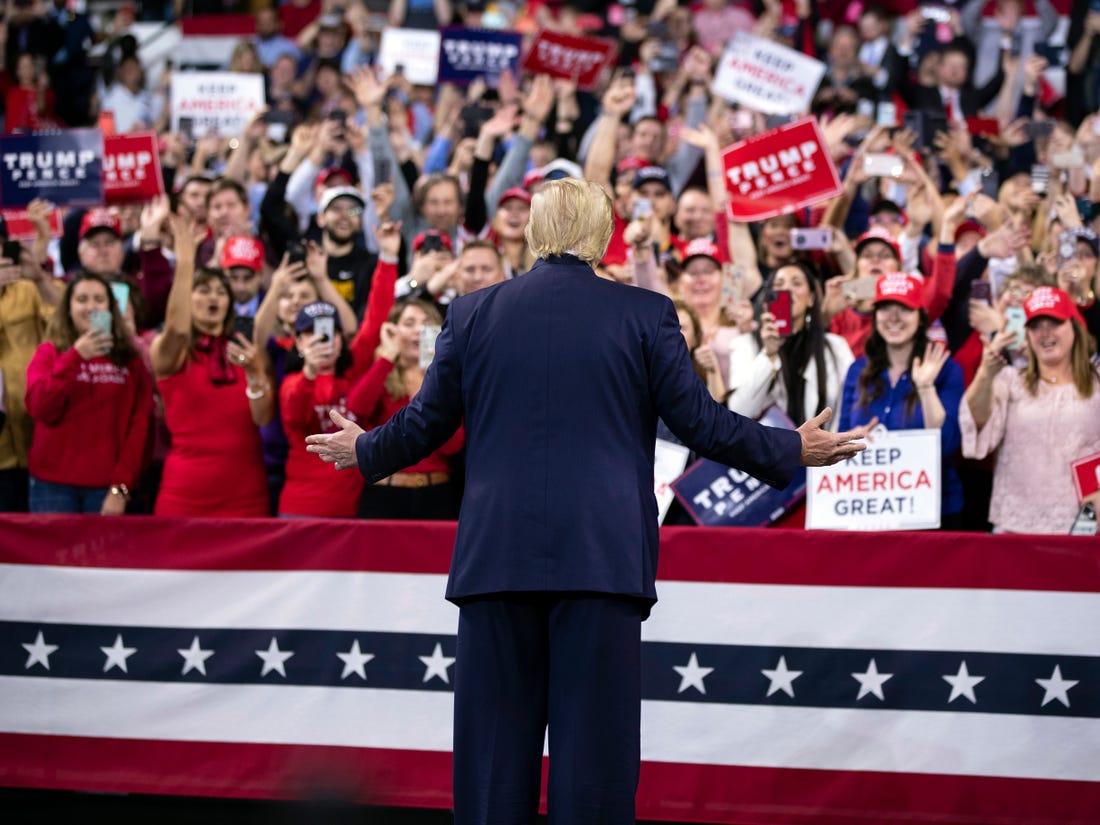 Part of the idea of the documentary is for Stang and Drummond to leave on record that the ‘church’ isn’t and wasn’t meant to be taken seriously, which seems ludicrous that it would be, but news stations certainly took them seriously when a member made a misjudged joke about the Columbine shootings. Or at least the news stations played it as if it was serious to stoke controversy, back in the halcyon days when an American school shooting was a shock and not the third Tuesday of every month.

There’s a recurring theme that this sort of joke works as an ‘inside’ joke, but once it gets into mass media the subtleties are lost. It’s probably not something that can be replicated in the internet age where once you publish something it’s available to everyone. The Church of the Subgenius by its homegrown nature and use of physical media meant that to get to hear about it you had to be very lucky or you “had to know a guy”. It’s a more controlled spread to (mostly) like-minded souls. Like-minded souls don’t get the wrong end of the stick, which keeps everything fun.

Cult Of Celebrity (In A Smart Way)

There were a who’s who of Gen-X comedy and cult music and filmmakers mixed up in the church’s way of doing things. Matt Groening, Jon Stewart, David Byrne, Alex Cox, Penn Jillette, and notably Richard Linklater. If any film took the laidback, anti-authoritarian message of the church on board it was Linklater’s breakthrough Slacker. There was a movie that took the same self-conscious, laissez-faire approach as the SubGenius’ ‘way of slack’. Where you had a point to make but knew your point might be wrong, you’re not a genius, you’re only SubGenius.

Is there a point to be made about Generation X’s lack of earnestness? You never see them getting pulled into the cultural fights between Millenials and Boomers. As a Gen X-er myself, I certainly identify with the idea of sitting back and wondering why everyone is so furious all the time.

Overall, the documentary has the same laidback feel as the Church itself. Stang and Drummond make for genial guides to the ‘cult’ and the talking heads are intelligent and interesting. It’s a slight but fun guide to a very American joke.

J.R Bob Dobbs and the Church of the SubGenius is available in virtual theaters on October 16th and on VOD starting October 20.

Thank you for reading! What are your thoughts on J.R Bob Dobbs and the Church of the SubGenius? Comment down below!

[…] he was born and raised in Texas, it’s no surprise that his stories are usually set in the American South, with all its […]

The Top 10 Hangout Movies: From the Works...