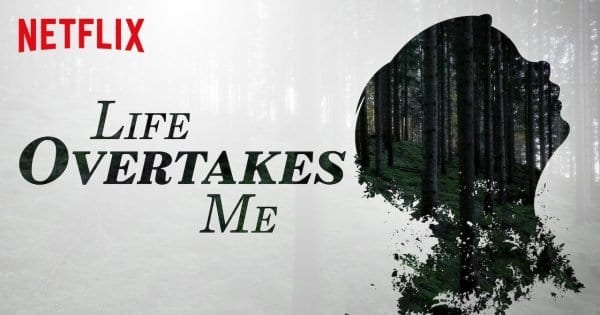 Netflix has been churning out documentary after documentary, and Life Overtakes Me is the latest. With a relatively short runtime of just 40 minutes, it follows several refugee families living in Sweden. Each of these families has been through a uniquely traumatic experience prior to ending up in the country. As a result, each has a child suffering from Resignation Syndrome. Having never heard of this condition, I was excited to learn more. I always enjoy an educational and insightful documentary. Sadly, Life Overtakes Me fails to deliver.

Life Overtakes Me explores just a handful of the hundreds of children in Sweden who are suffering from Resignation Syndrome. This is an unresponsive coma-like state that only seems to affect refugees. While the children do recover, some can remain in this state for years. This makes the threat of deportation all the more daunting for their families. This documentary interviews the parents and siblings of these children in order to try and highlight the circumstances that may have triggered this condition.

My opinion of this documentary is largely negative, but I do want to take a moment to mention some of the positive aspects. For starters, I was completely unaware of Resignation Syndrome prior to the release of Life Overtakes Me. If the only thing that it achieves is raising awareness of a mysterious and troubling condition, then I’d say that’s certainly a positive step.

Producers, directors, and editors Kristine Samuelson and John Haptas aren’t names that I’m familiar with outside of this documentary, but I think they’ve demonstrated their skills, in a sense. As I’ll discuss in a moment, the content poses the largest problem for Life Overtakes Me, but the way it’s all stitched together and the incredible shots of Sweden are still examples of skills they possess. Even if they lack the skills necessary for making an informative documentary. I’d still like to see more work from Samuelson and Haptas, but perhaps on a topic with more content.

My Criticisms of Life Overtakes Me 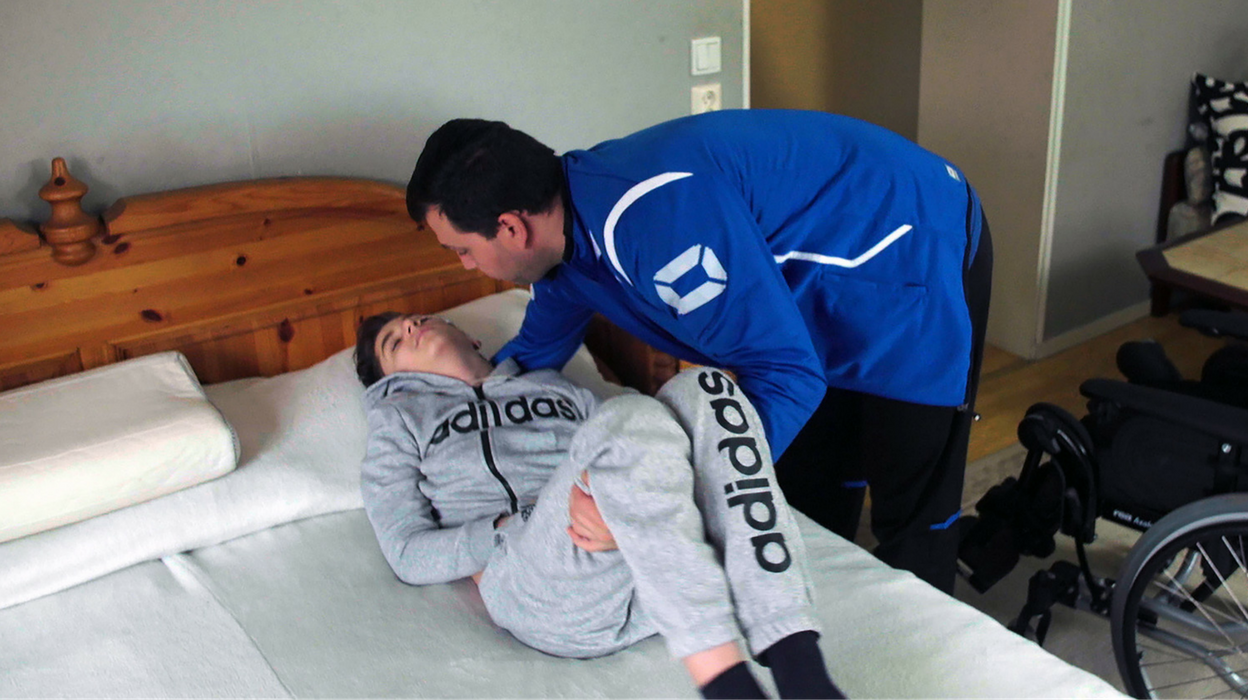 I don’t want to sound insensitive, because what these families have gone through/are going through is truly awful. I feel nothing but sympathy for their situation and I hope that they get the lives they are searching for. That being said, at times this feels less like a documentary about Resignation Syndrome and more like a call to action over the refugee crisis. Even though it states outrightly that this isn’t the case, it often felt like a criticism of Swedish immigration procedures.

Prior to watching Life Overtakes Me, I was completely unaware of Resignation Syndrome, let alone the fact that it is happening to hundreds of children every year in Sweden alone. I was intrigued by this and wished to learn more. Sadly, the takeaway from this documentary is that we know very little. However, it does inform us that the children will wake up when the environment becomes less stressful for them. The documentary goes as far to imply that families who receive refugee status find that their children recover.

Life Overtakes Me only mentions this briefly, but it seems that this condition is a defense mechanism. The children handle the initial trauma well, which is saying a lot given what some of them have been through. They all seem to adjust to their new lives and even spend years living happily in Sweden. However, the threat of returning to the trauma via deportation forces their mind/body to shut down. Sadly, I actually learned more about Resignation Syndrome through Googling ‘Life Overtakes Me’ than I did by watching it!

The Purpose of Life Overtakes Me 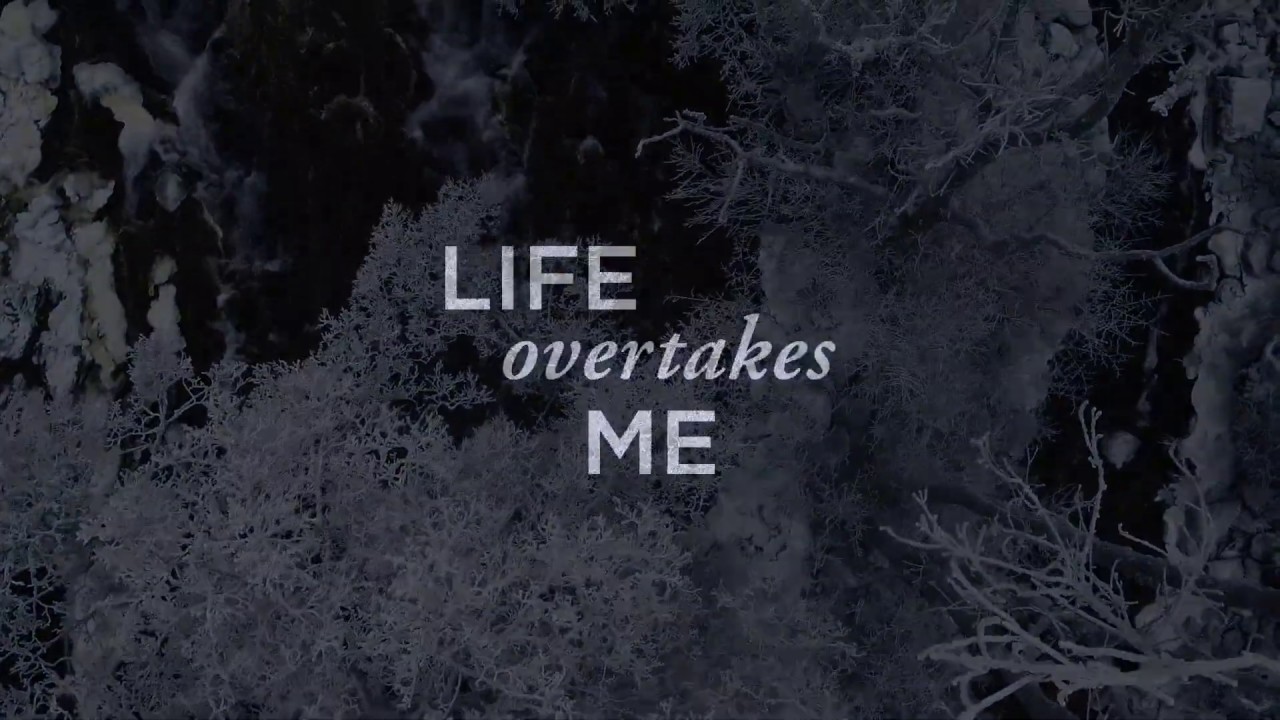 If this documentary’s sole purpose is to raise awareness, then I feel like it’s succeeded. If its purpose is to be informative then I believe it has failed. Granted, when an illness is “mysterious”, you can understand that there is little information to go on. However, I still felt that most of this documentary consisted of shots of feeding tubes/syringes and families explaining the refugee application process. That and random shots of the Swedish landscape in Winter.

Speaking of which, despite being beautiful, I’m not sure what the nature shots of Sweden added to the documentary. There were very few interviews or discussions with medical professionals. The credits state the involvement of a pediatrician, psychologist and psychotherapist, and a child psychiatrist. They also mention two other doctors, but their role isn’t specified. For a short documentary, this may have been enough, but their involvement was minimal. By the end, I was unaware of more than two professionals offering their view on the subject matter. I feel that there are many aspects that could have been fleshed out with more detail via interviews.

There are several moments where a topic is set up, only to never mention it again. Life Overtakes Me misses opportunity after opportunity to offer audiences some sort of insight into the cause of this condition and the process of recovery. While we do get the occasional shot of exercises or eating practices, it mentions nothing about their impact on the recovery process. It even goes as far as to mention the possible impact of cultural factors specific to Sweden, only to fail to provide any examples of possible factors.

Overall, I think Life Overtakes Me is an example of a strong missed opportunity. There’s no denying that Resignation Syndrome requires the attention of the public. But the general lack of information provided by this documentary causes it to pack little to no punch. When making the choice between showing footage of melting snow in Sweden or providing more perspectives from medical professionals, I feel that the latter is the obvious choice when creating a documentary on a medical issue.

Thank you for reading! What are your thoughts on Life Overtakes Me? Comment down below!

[…] Social Dilemma is one of the latest Netflix Original documentaries to be released by the platform. In many ways, it feels like an unofficial prequel to The Great […]