‘The Reason I Jump’: Seen Through the Eyes of a Critic and an Aspie 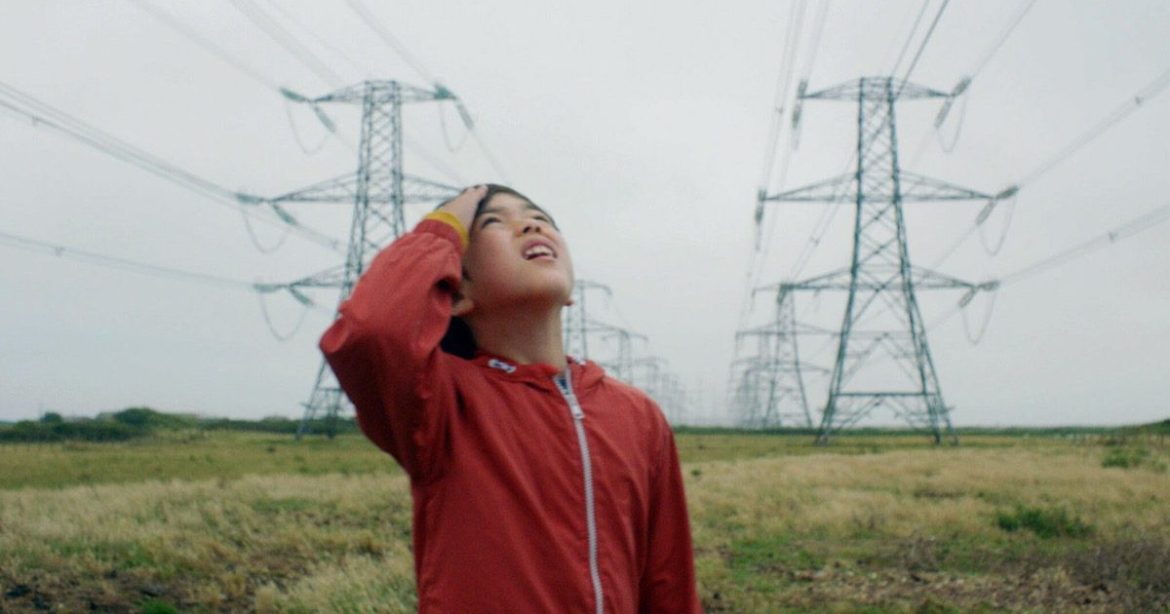 Let’s start with a little bit of explanation. I guess that most of you are unfamiliar with the word “aspie”. It’s shorthand for Asperger’s Syndrome, which is a neurological disorder. Nowadays, Asperger’s is no longer seen as a separate condition; it’s part of the autism spectrum. The correct term nowadays is ASD, Autism Spectrum Disorder. So, yes, I am autistic. But there is a difference between myself and the autistic kids in this documentary. They are non-verbal. I have never had a non-verbal episode, nor learning problems.

Because of the subject and my personal connection with it, my review this time consists of two parts. First, the critic in me will have a look at the movie. Afterward, the aspie in me will express her opinion and give some remarks. Does this documentary correctly explain what it is to be (non-verbal) autistic? Are there aspies with other characteristics? And, how this movie can be even better?

The Reason I Jump is based on a Japanese book with the same title. Naoki Higashida wrote it when he was only 13 years old. In it, he describes how his mind and senses work; how he experiences the world; how he had to deal with all the overwhelming information in his brain provided by his senses; why he behaves in a certain way; why he jumps. And finally, how he had to learn to express his feelings and thoughts in words. It is like he gives us a map of his brain. The book became a bestseller in Japan. In the meantime, it has been translated into English too.

Unfortunately, Naoki, who is now an adult, didn’t want to appear in the documentary. Director Jerry Rothwell came up with a creative solution though. Narrative passages from the book are accompanied by images of a young boy walking around in a magnificent landscape. Moreover, these passages are mixed with the everyday experiences of five non-verbal autistic kids from all over the world: Sierra Leone, the UK, the USA, and India. The reactions of the parents of these teens are included as well. There are moments when they feel helpless. And confused. But their kids also bring the best out of them. Every parent at some point arrives at a better understanding of their autistic child, and becomes an advocate for a better understanding of autism.

The Reason I Jump succeeds in showing us what goes on in the head of a non-verbal autistic teen. The movie goes beyond explanations by parents and researchers. Watching this documentary is an intense, immersive, almost overwhelming experience. And that is really a brilliant move by director Jerry Rothwell. Because this is exactly how we autistic people experience the outside world: it is very intense. Especially all the things that we hear and see.

Different cultures treat autistic people in different ways, yet they all have something in common. There are taboos surrounding non-verbal autism, based on a lack of understanding. Sierra Leone, for example, doesn’t show a lot of sympathy for autistic kids, who are seen as demons or witches. This also extends to the mothers of these children. Parents are even advised to abandon their children or to drown them in a river. I was totally unaware of this and was shocked when I saw this segment of the film.

All in all, The Reason I Jump gives a clear portrayal of non-verbal autistic teens and how their mind works. What difficulties and challenges they and their close relatives face daily. It provides the viewer with the knowledge that has been lacking so far. Moreover, it also shows that autism, notwithstanding the difficulties it entails, can be a joyful experience. I will explain this in the second part. 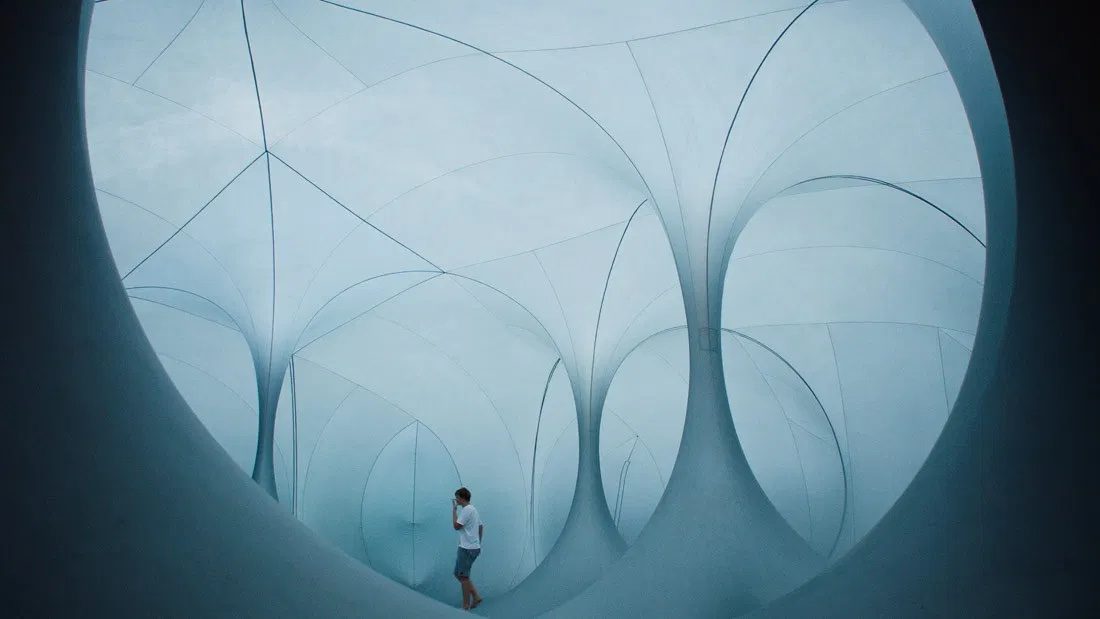 These are my remarks. The Reason I Jump is an excellent piece of work, but it’s not perfect.

Once and for all: autism is a spectrum!  On the one hand, you have this documentary about non-verbal autism in teens. On the other hand, we see characters like Dr. Sheldon Cooper or Dr. Shaun Murphy from The Good Doctor. You may think there are only two types of autism: the non-verbal ones with learning problems and the geniuses. In reality, in the 1% of the population that has autism, there is a lot of diversity! There is no fixed set of characteristics; we are all different. Take me, for example. I have two university degrees and know seven languages. I make a living writing, blogging, and photographing. Yet, I can be socially awkward, I have difficulties with left/right, east/west, and abstract concepts such as philosophy. Eye-contact is also challenging. The concept of autism as a spectrum should have been accentuated a lot more in the documentary.

Excellent portrayal of common autistic characteristics. Most of us on the spectrum are hypersensitive. This means that our senses are a lot more refined. I can lose myself completely in a beautiful landscape, music, and even a good meal. On the other hand, all this information coming in via our senses can lead to sensory overload. Which could be the cause of a breakdown. An example: like many people, I like to go to a bar. But when the place gets crowded, I need to leave. I hear EVERYTHING: the conversations of other people, noises coming from the kitchen, the street, the music, etc…. My brain can’t filter all this information, and thus I cannot concentrate on the most important thing: my conversation with my friend. I usually become exhausted and need to return home.

The way the Indian teen in The Reason I Jump concentrates on her art is called hyperfocus. Most of us are interested in a limited number of subjects, to the point of complete immersion or obsession. For me, it’s art, languages, travels, and (surprise, surprise!) movies.

Last, but not least: repetitive behavior/routines. In a world that is intense and that can be confusing, routines provide tranquility. The way I organize my day, how I put my meal on a plate… Everything is a routine. Yet, I can go out and travel. With the help of some mind tricks, I can break my routines.

Just because you are verbal doesn’t mean communication is easy-peasy. For NT’s (NeuroTypicals, people not on the spectrum), communication is an intuitive process. For people on the spectrum, it’s cognitive. Like many other aspies, I observe people and then try to imitate them in conversations. In my head, it goes like this. First, you say A, and I react with B. Then you say C, and I need to say D. Of course, when somebody doesn’t follow this procedure, I get confused. Moreover, I often tend to understand things literally, so I am slow with jokes. The good news is that once I get to know a person I tend to have fewer communication problems.

Some of us do not want to be an NT! I am not broken, I don’t need to be fixed. My brain is just wired differently. I feel good as an aspie. The only problem I have is that you NT’s misunderstand us and call us names. By the way, hypersensitivity can be challenging, but it’s also a source of much joy. I also think we live more in the moment.

Anyway, The Reason I Jump is a very important step in the right direction, but a lot more work needs to be done. Understanding and accepting us are key.

Thanks for reading! What are your thoughts on The Reason I Jump? Comment down below!

I have read the book which I found fascinating, I will try to get to see the film.The condition is not generally well understood and anything that can improve the undestanding of the condition is a good thing in my opinion.

‘Tommaso’ Loses Willem Dafoe in a Swell of...