‘The Mystery Of D.B. Cooper’ Tells an American Outlaw Tale 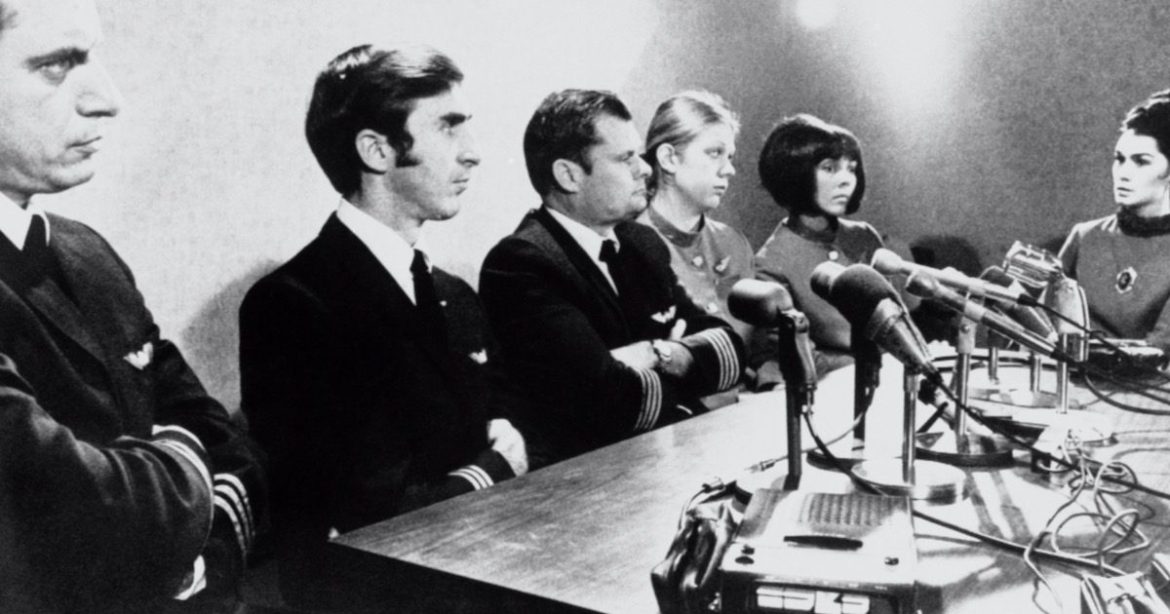 On November 24, 1971, D.B. Cooper jumped out of a plane with two hundred thousand dollars in ransom money and disappeared. Now, the phrase “living the dream” is thrown around a lot these days, but…

Documentary maker John Dower takes on the almost mythical, sole successful case of air piracy in history in The Mystery of D.B. Cooper. Four possible identities for the hijacker are looked at through a mix of archival footage and interviews with the people involved (and the people who think they were involved).

The interviews with the flight crew and reconstructions of the hijacking are absorbing and hugely informative, even to those familiar with the case. Dower does an excellent job of setting the background around the incident, air travel being almost unrecognizable to its present-day form, particularly post-9/11. As one of the fellow passengers says, “…I threw down cash, got my ticket and just walked up the back steps,” which sounds a lot nicer than the whole “belt, liquids, possibly shoes” rigmarole there is now. Still, no guys with bombs now, so, swings and roundabouts, I guess.

It’s notable how relaxed the whole event seems to have been. This hijacker quietly sitting, smoking (another “the 70s were a different country” touch), the people on board, apart from the flight crew, blissfully unaware that he appeared to be carrying a bomb. Most were unaware there even had been a hijacking until news crews asked them about it after they had landed and the plane left with only three members of the flight crew and Cooper on board.

Somewhere over Oregon, Cooper opened the rear door and disappeared into the night, becoming a Robin Hood-esque legend overnight. The public was immediately on #teamcooper, the Pacific Northwest was suffering economically at the time and he went in the public consciousness as sticking it to the man. As one contemporary vox pop put it, “I respect a man who takes the time for a job well done”.

The investigation was not the FBI’s finest hour. Somehow, there was no retention of the hijacker’s cigarette stubs for DNA purposes. No fingerprints either, which is mindboggling. Another aspect that led to a lot of work was every man and his dog believing they had clues to the elusive skyjacker. Dower focuses on four of the most compelling explanations of who Cooper really was.

The first of these witnesses is the larger than life Jo Weber. She believes her late husband Duane was D.B. Cooper, and Duane Weber was definitely up to something unusual. Fake IDs, prison time, mysterious lockboxes….it’s an excellent tale, whether or not it’s the tale of the hijacker. Jo has spent decades piecing together her husband’s double life and has a wealth of corroborating evidence that matches the case. However, as the documentary unfolds we learn that there are equally compelling and fascinating cases to be made for the other three featured suspects.

It doesn’t help that the artist’s sketch of the suspect seems to have been the appearance of every white middle-aged man in the Pacific Northwest. 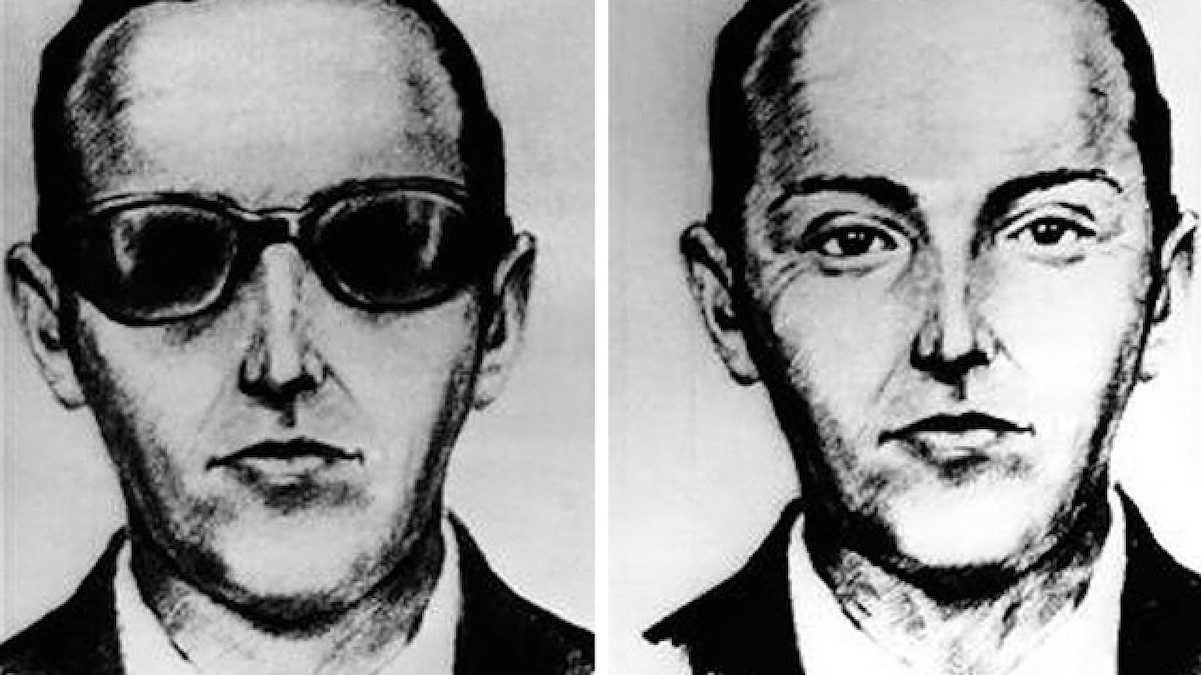 It was also close enough to the appearance of one middle-aged white woman. Barbara Dayton, formerly Robert Dayton, a transgender pilot described as “very daring” by Pat and Ron Forman, a charming couple who have a wealth of anecdotes on their former friend who, over the years, they’ve come to believe was Cooper.

The third possibility, Richard Floyd McCoy, certainly could pull off the heist as he did the same thing a year later for half a million dollars ransom. He, however, didn’t get away it. But was he a copycat or a repeat offender? Some of the Cooper money was recovered in a river. Did he lose it on the way down?

Fourth and finally we see a suspect that shows how very Twin Peaks-ian this tale was. David Lynch definitely followed the case — Kyle MacLachlan’s Agent Cooper’s full name was Dale Bartholomew Cooper. The Laura Palmer lookalike Marla Cooper has some remarkable evidence that her late father L.D. Cooper may have only changed his initials for his alias. She, like so many in the film, is deeply wound up in this story, that over the years becomes more and more folkloric.

The FBI officially closed the case unsolved in 2016. So, we’re never really going to know the truth. As well as giving a good oversight of the confirmed evidence and official testimonies, Dower fleshes out the film so it’s about more than just the whodunnit and investigates the wider ways in which it’s entwined in the lives of those involved and those who have involved themselves in this very American legend.

Thank you for reading! What are your thoughts on The Mystery of D.B. Cooper? Comment down below!

[…] autistic teen. The movie goes beyond explanations by parents and researchers. Watching this documentary is an intense, immersive, almost overwhelming experience. And that is really a brilliant move by […]