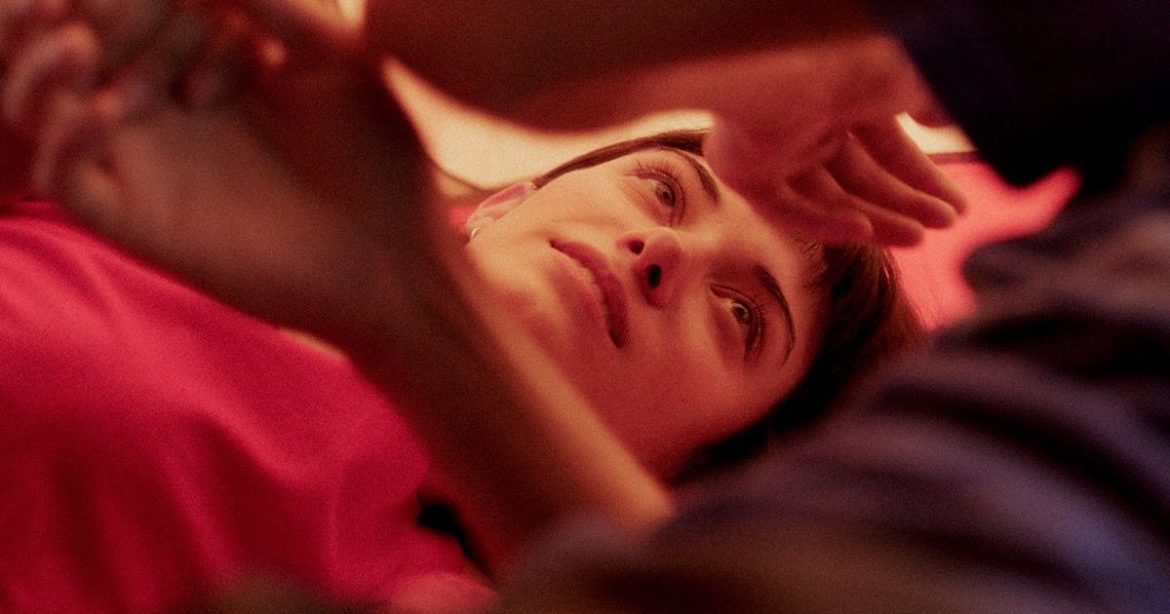 James Vaughan’s feature film debut, Friends and Strangers is an oddity, to say the least. Both the story structure and character writing take strange roles in Vaughan’s first feature film. The story is split up into three main parts that all revolve around the main character, Ray. Each presents Ray with different people to interact with, presenting new obstacles for him to overcome.

The first part follows Ray as he tries to form a relationship with Alice. It’s a simple story that shows off Ray’s character and how he acts toward other people. It’s all set in a campsite where the two of them come in contact with another family consisting of a father and his daughter. Alice strikes up a conversation with the daughter while Ray talks with the father until they have to go back to their tent. This part of Friends and Strangers ends with Ray strongly implying that he wants a romantic relationship with Alice, but she wants no such thing.

Cutting to the second part, Ray is shown driving down the road where he meets up with one of his friends, Miles. They’re supposed to be videographers for a wedding and need to get there on time. On the way, Ray’s car breaks down, delaying their arrival for the video session. When they eventually get there, a sickness overcomes Miles and they’re taken in by their client’s neighbor. This section of Friends and Strangers takes a big departure from the first by changing up the tone and putting Ray in a much more active role.

Next up is the last part of the film, and it’s the shortest by far. It’s the conclusion and nothing too exciting happens. It continues the plot thread from the beginning by having Ray watch Alice from a distance. He tries to make a move, but sadly can’t. It’s a somewhat fitting end for this jumbled story.

Throughout all three parts of Friends and Strangers, the score and character interactions are focused on heavily. The tonal transition that occurs in between the different parts is done mainly through the score. In the second part especially, music is used to break up the calming melody of what came before, replacing it with a jarringly chaotic and loud composition that works well with the story being told.

The biggest shortcoming of Friends and Stranger is how poorly the character of Ray is developed. Ray’s character growth should be a major focal point of the film, but sadly it isn’t. This all makes his interactions feel ultimately meaningless due to what little effect they have on him.

Thank you for reading! What are your thoughts on Friends and Strangers? Comment down below!